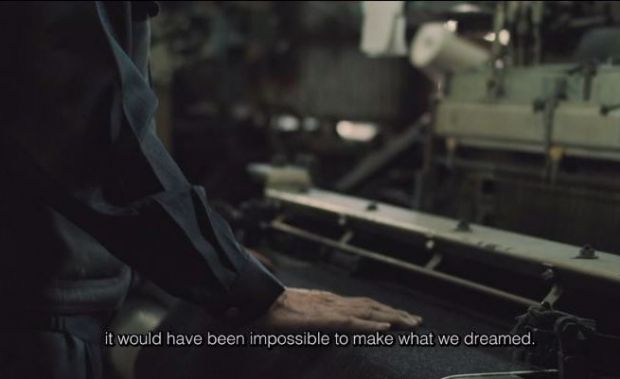 Photo: Weaving Shibusa trailer
A scene from the movie
Video

“It’s hard to determine if we are making art or clothes.” The Japanese denim connoisseurs responsible for turning “Made in Japan” into a denim sanctification, have more than an intense passion for the blue fabric.

Devin Leisher, who already directed the denim documentary "Warp & Weft: A Snapshot of Raw Denim in the United States" back in 2012, now turns his eye on the Japanese denim industry in his latest film “Weaving Shibusa”.

This story of mysteries, craftsmanship and dedication is told by its protagonists, the Japanese denim elite. The cast includes Mikiharu Tsujita of Fullcount, Hisao Manabe of Japan Blue, Atsusuke Tagaya of Stevenson Overall Co., Atsushi Matsushima of the Clutch and Lightning Magazine, Shinichi Haraki of Iron Heart or Etsuko Satou of Shinya Mills.

The Movie will be premiered on Saturday, August 6, at San Francisco’s Casto Theatre. You can purchase a ticket via Self Edge, who also will be throwing the premiere’s after party.