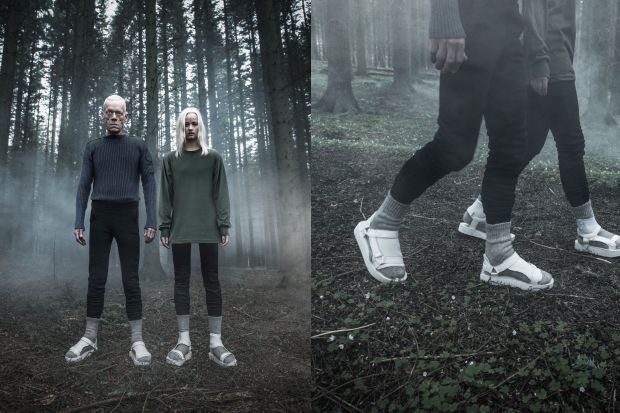 Adopted by the fashion crowd during the early heydays of Normcore around two years ago, Teva sandals have made their way from outdoor/trekking stores into the shelves of hip fashion boutiques globally. Therefore, teaming up with equally hip fashion brands only comes naturally. 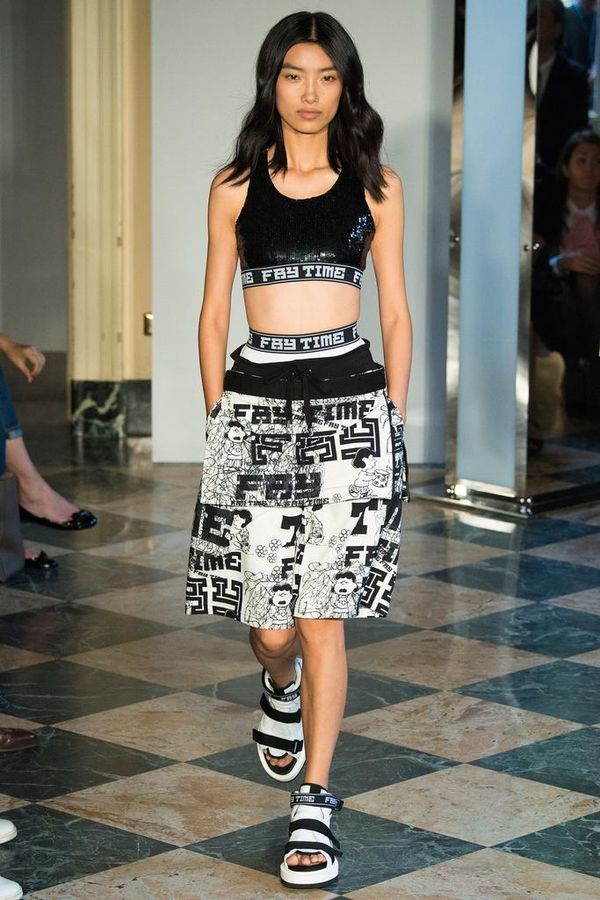 Read more →
Tim and Jannik, the designers behind Danish menswear brand Han Kjøbenhavn, have now interpreted Teva’s “Mens Float” sandals in their own way with a lightweight cork sole and minimalistic black and white straps. For the more daring male customer, there are also two pairs of platform sandals with fabric inserts around the ankle or the instep. Teva x Kjøbenhavn is availabe at selected retailers (such as Voo Store, Berlin and Alike, Hamburg in Germany) from mid-May.

Photo: Teva x Han Kjøbenhavn
Composition of the three sandal styles
Check the video for some dark to psychedelic moods around the collaboration.