The revival of pant suits: female and unisex

If you Google the word “suit” mostly suits for men with guides on how and when to wear them pop up. Dear Google, we are talking 2017: The year after Hillary Clinton ran for president and therewith became a suit star next to other prominent deputies such as Victoria Beckham, is the year of the female trouser suit revival. 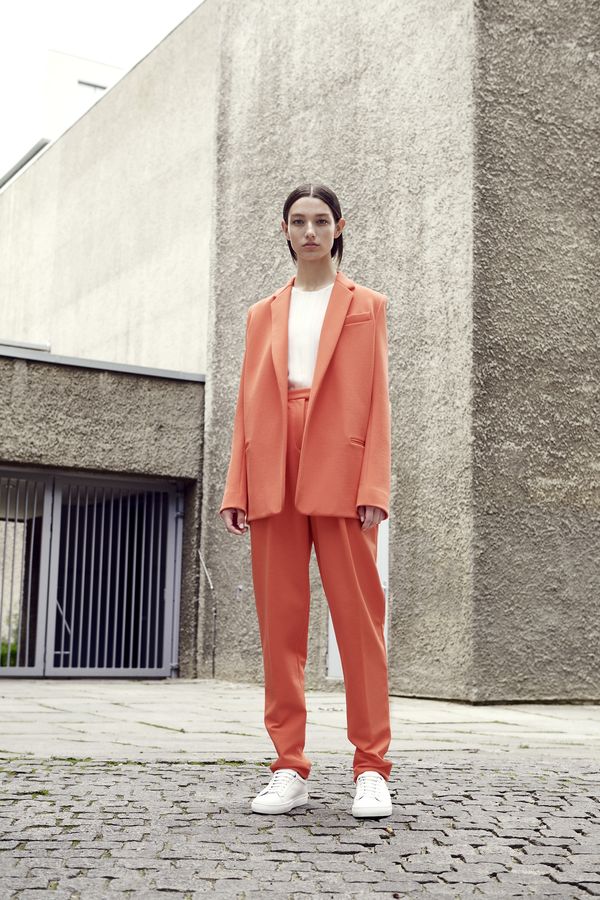 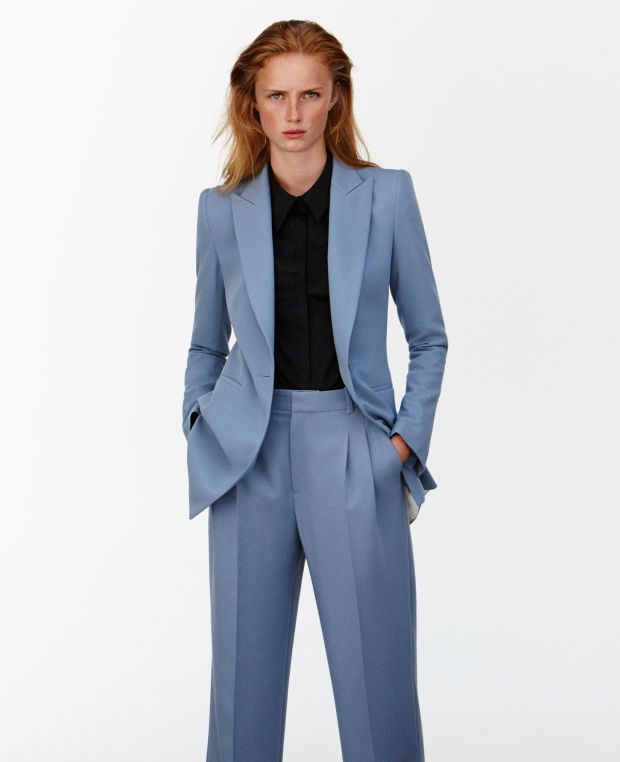 Times when women wore suits to conceal their femaleness in order to be taken seriously and gain authority (at work) have been over since the 1980s. Back then, Chanel’s tweed costumes and Armani’s power suits paved the ladies’ way into the business world. This year, the power dressing trend celebrates a comeback: All shapes of suits were sent down the runways for s/s ’17 and it did not take long until celebs followed the trend and took them to the streets. It seems like everything is allowed: slouchy fits, bold patterns, velvet, denim and tweed. Pants are high-waisted, wide-legged or slim-fitted and blazers may come in tuxedo silhouettes, oversized or with ’80s shoulder pads. The trouser suit is taken out of its former work environment and put into any casual occasion. Brands from commercial to premium adapted the trend. Jil Sander, Céline and Dries Van Noten followed the motto ”bigger is better” while retailers such as COS and Massimo Dutti are keeping it classy and simple. Especially the made-in-France creations by the revived French tuxedo house Pallas Paris are currently ranking high among (fashion) super women/models including Beyoncé, Tilda Swinton, Laetitia Casta, Natalia Vodianova and Aymeline Valade. 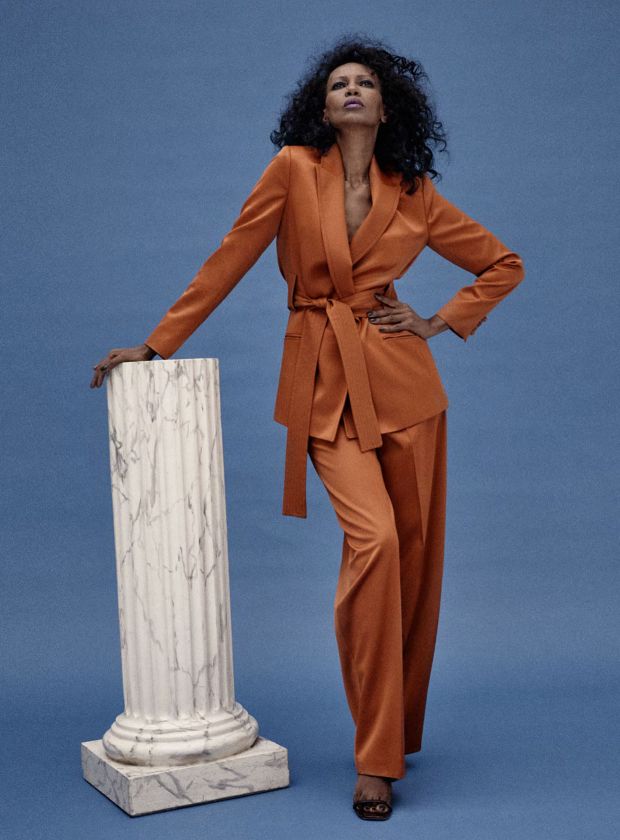 But there is something else to watch on the suit market at the moment: Unisex suits!

Bonne Reijn started his label Bonne Amsterdam in 2014. The foundation of his black and white two-piece unisex suits with double breasted jackets and pleated pants was a simple yet revolutionary idea: Creating a suit, accessibly priced and oblivious to any occasion, gender and age. With his version of a high quality, utilitarian and timeless key pieces in anyone’s wardrobe he aims to change the way people think about fashion. 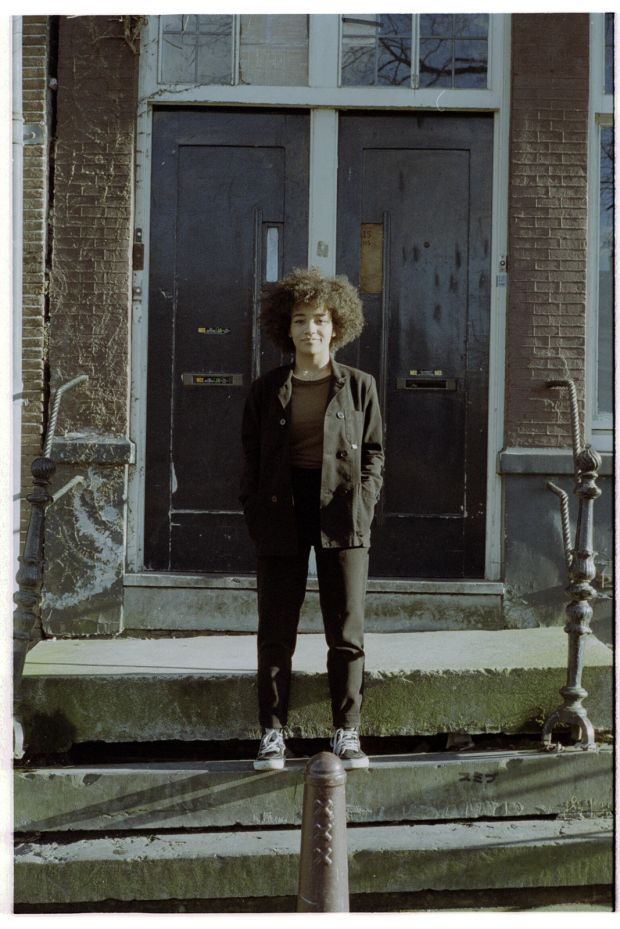 Also G-Star has recently introduced its take on unisex suits. The respective capsule collection was introduced by G-Star’s head of imagination Pharrell Williams on November 6. He applied patterns of Savile Row tailoring to a coverall suit so that the workwear inspired suit turns to into a symbol of equality and empowerment to all who wear it. “Like everything we do at G-Star RAW, this collection is rooted in our dedication to finding fresh and unique takes on the everyday. I love the unexpected combination of mixing traditional workwear styles with tailoring prints, but more than that I love what it represents: a democracy of fashion,” Williams said. 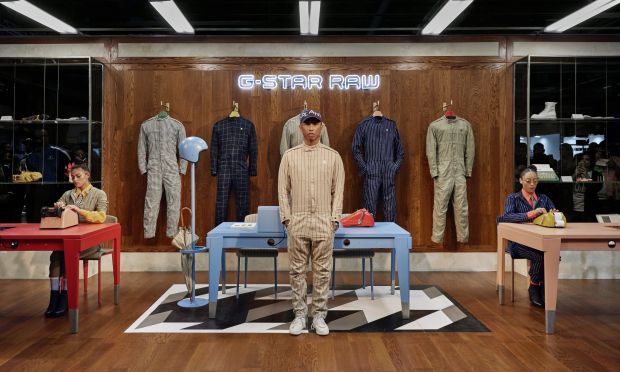 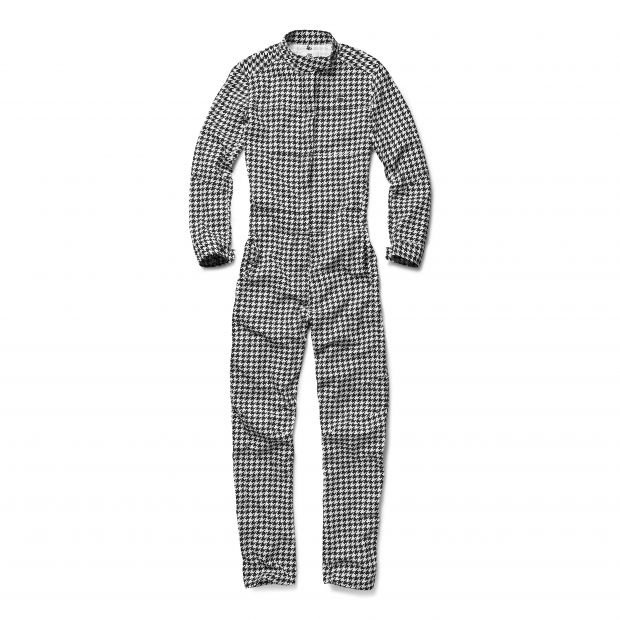 Surfing on the no-gender idea, Urban Outfitters also just launched a unisex suit, thereby taking a first step into the tailoring business. “The suit has been specifically designed with a unique cut and versatile style that complements all forms irrespective of gender,” says Urban Outfitter’s creative director Lizzy Dawson. The single-breasted blazer and high-waisted pants in Prince of Wales check have a loose fit and are reasonably priced (trousers €65, jacket €99).


Suits for office occasions or men only belong to the past. Today it’s about challenging accepted norms and demonstrating for gender equality. And which garment can express that more boldly than a female or unisex power suit?