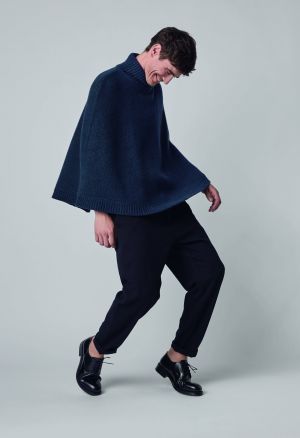 Do you know the feeling when something just feels wrong? Your rationale doesn't have to be comprehensible, but deep down inside it just feels wrong. That’s me when I see men in ponchos.

In 2014 Drake posted an Instagram picture of himself wearing a heavy knitted Chanel poncho over a white hoodie–and it just looked terrible. Likewise, Jaret Leto’s passion for ponchos is well documented. The actor is regularly spotted wearing eye-catching (not in a good way) ponchos and capes. And even if we are well aware that Leto has a knack for extravagant outfits there is still no excuse for his poncho faux-pas.

Ponchos for men are apparently on the rise right now. French cashmere specialist Eric Bompard has recently introduced a cashmere men’s poncho. The largest British online retailer Asos offers different variations for men from a crocheted poncho to a looser (or do I mean loser?) cape version with Aztec pattern. What they all have in common? They look damn ugly!

Don't get me wrong. I know that the poncho has a long history dating back to 500 B.C. It was the typical clothing of the pre-Inca civilization in South America and there are many characteristics and variations of this traditional garment. Having been worn by people for hundreds of years, the poncho is also closely linked to Mexican culture in the form of the sarape with pre-Hispanic and Iberian motifs. This colorful cloth is widely considered an iconic symbol of Mexico. And embedded in this context I see the poncho as a completely normal piece of clothing for men!

But it is something else when the poncho is put into the fashion milieu. Namely, when designers celebrate the poncho as a stylish piece of clothing for men because then it loses its traditional magic and cultural reference. Combined with shiny brogues and pleated trousers (like Bompard does) or on a fully tattooed men's model with tight jeans (see Asos) the poncho looks out of place and seems like the crocheted blanket from grandma, which has been thrown over in a hurry. 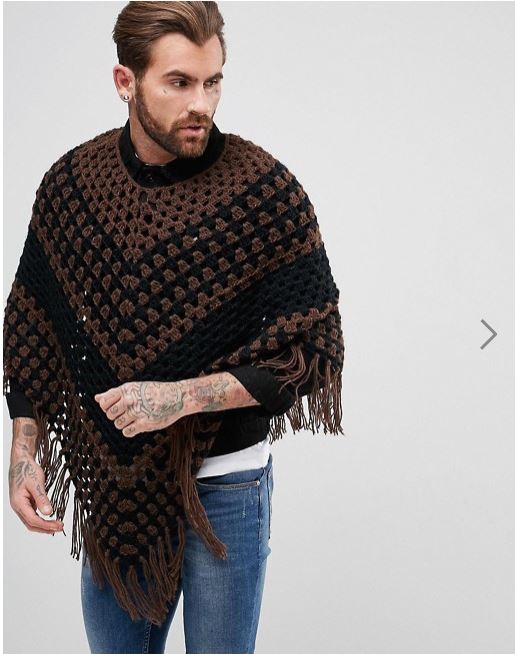 In the end, of course, it's all a matter of taste.  And I must also admit that I find women in ponchos far less horrible than men. Why? I can't explain. It’s just a gut feeling.

But for now, as the saying goes, I am trusting my gut and officially coining a new name for these male versions: Ponch-nos! 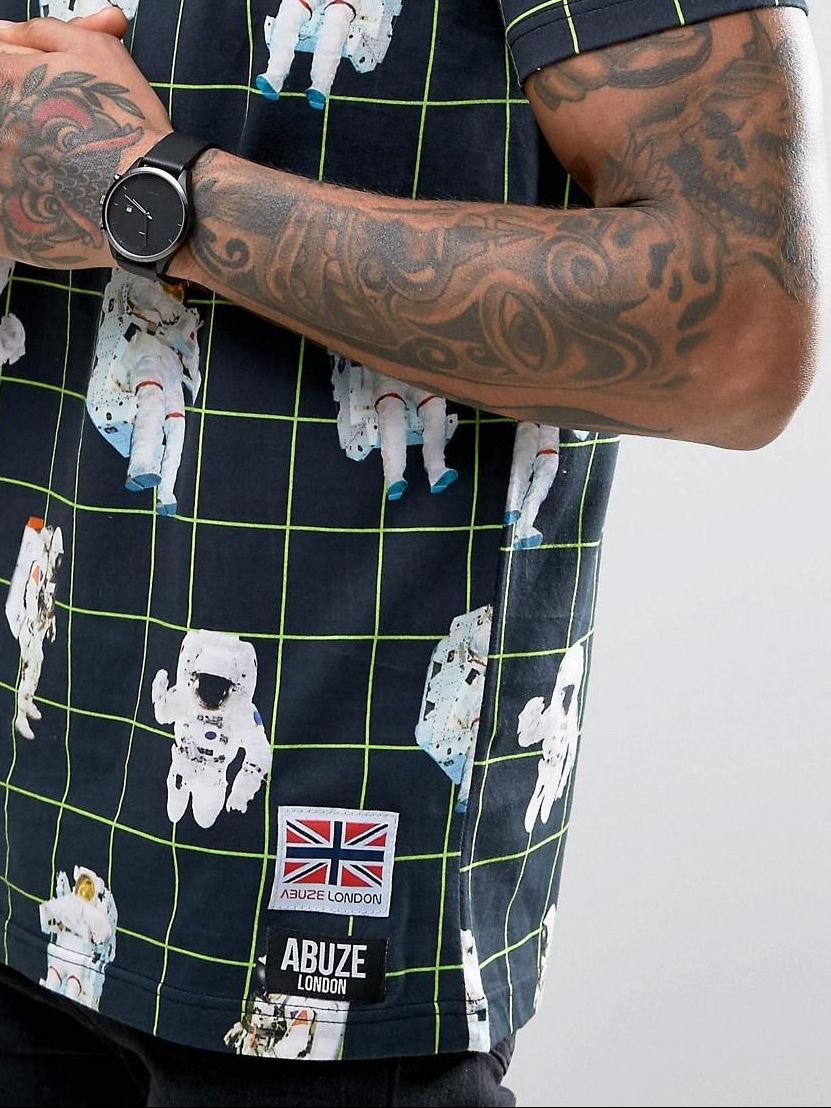 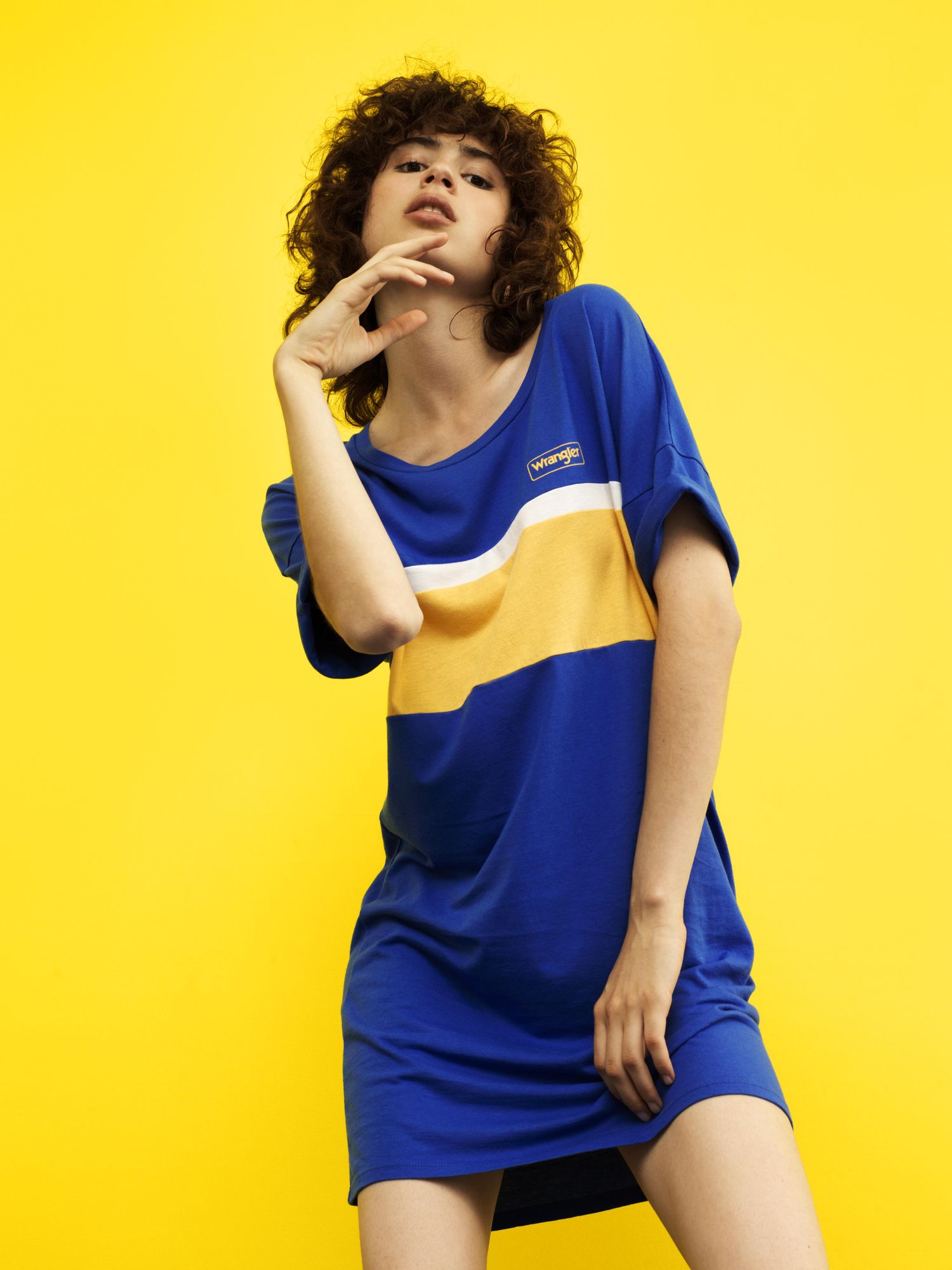 When in doubt, go bold: Primary colors taking over again 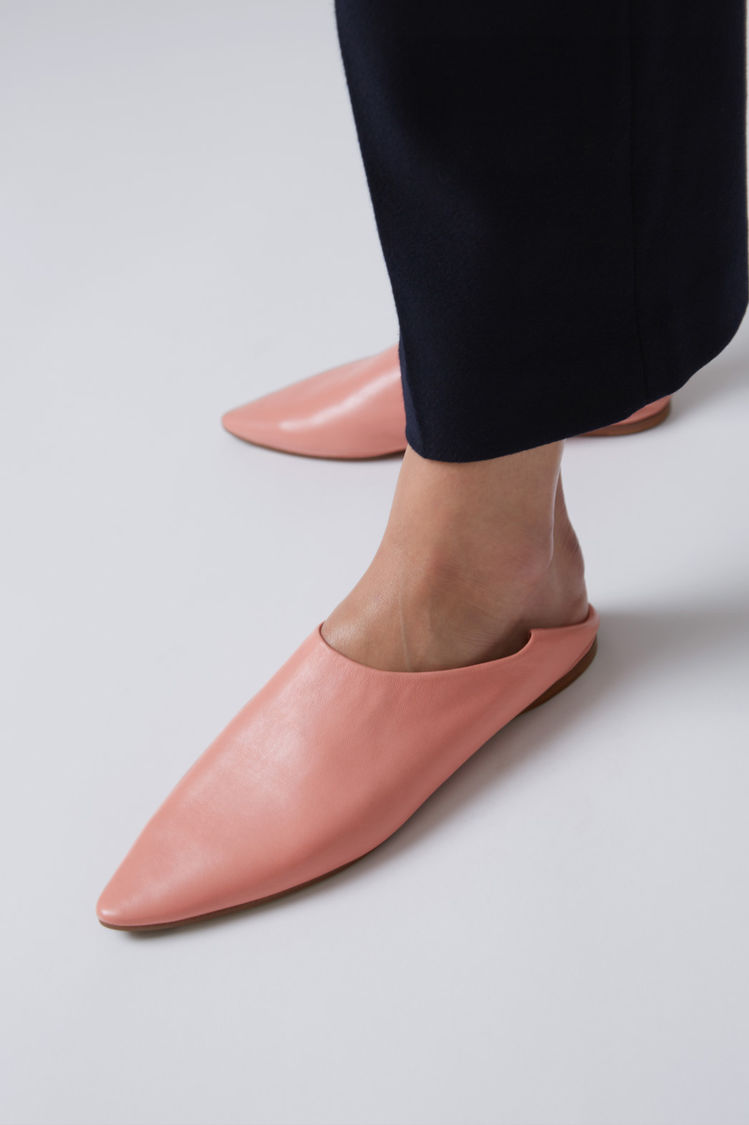 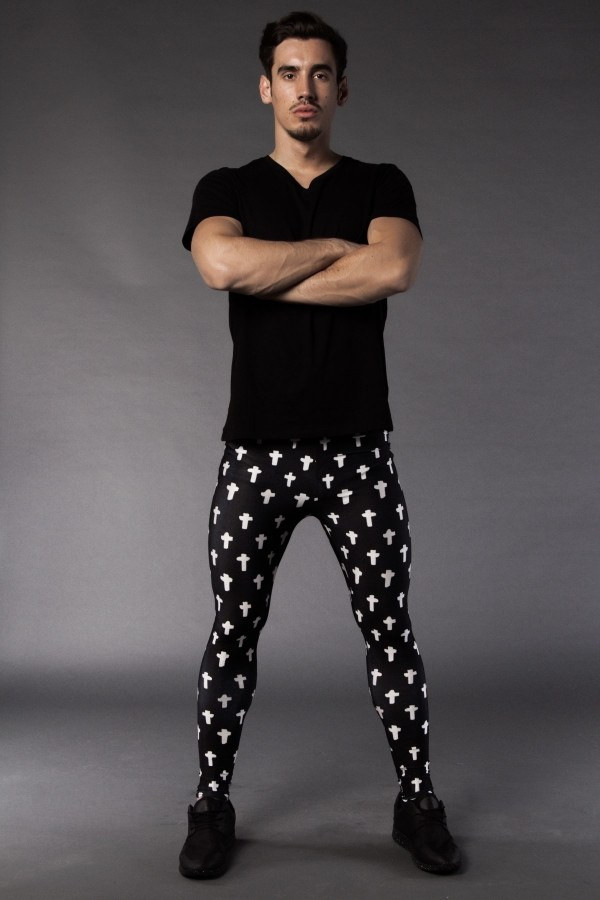 No joke: Meggings – leggings for men