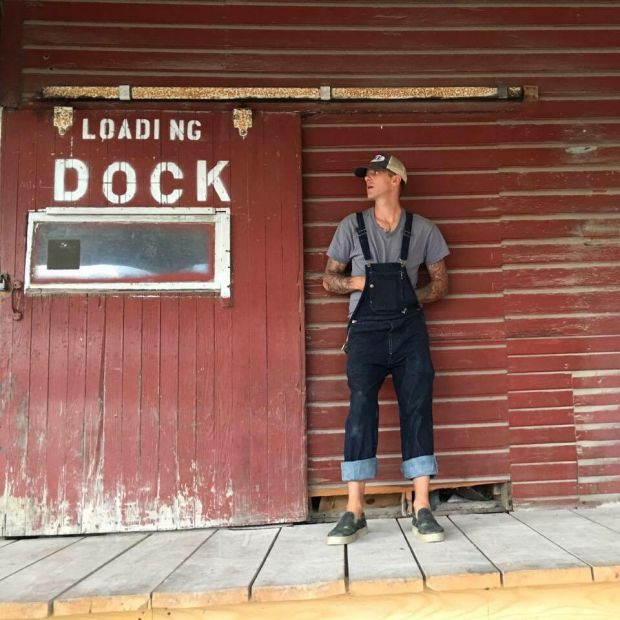 Is there still such a thing as American denim?

The story of Levi Strauss is part of American historical folklore right along with tales of Paul Revere’s midnight ride and never forgetting The Alamo. German immigrant moves to San Francisco during the bustling gold rush, opens a dry goods business, teams up with Jacob Davis, gets a patent on copper rivets to strengthen the pockets of denim workwear and the rest is history. Blue jeans are as American as baseball, apple pie and John Cougar Mellencamp’s Jack and Diane. Yet, today, most would be surprised to learn that nearly, if not all, Levi’s are manufactured outside of the USA. And, on August 13 of this year, VF Corp, the owner of Wrangler and Lee, two of the most iconic American jeans brands, announced plans to ditch denim production in favor of activewear.

Add to this the closure, late last year, of Cone Denim’s White Oak mill in Greensboro, North Carolina, which ended over 110 years of continuous denim production. There is literally no more American-made selvedge denim being produced. Unless your niche denim company secured some of the coveted leftover stock or after that small supply is exhausted, it looks like Made in the USA denim is a thing of the past, becoming a sweet American legend for around the campfire like stories of Bigfoot and Paul Bunyan.

Brands like Zace, Tellason, Dearborn, Revtown, Bluer and Imogene + Willie are still proudly flying the indigo stars and stripes with no plans of stopping or merging into dreaded athleisure, thank you. They take their business and heritage seriously, working as hard as the workwear they produce. But that doesn’t mean they’re not slightly concerned about the future. “We are indeed faced with a challenge of where to go from here,” says Zachary Myers, founder of Zace Denim, who even named his firstborn son Denim in homage. “From a technical perspective, denim can easily be made in the USA with imported fabric and American buttons and snaps. It’s all about how transparent we choose to be with our labeling. Seventy five percent of the premium market covets Japanese denim. We could have always used Japanese denim but we believed in being fully American and, at Zace, ‘Made in Ohio.’” 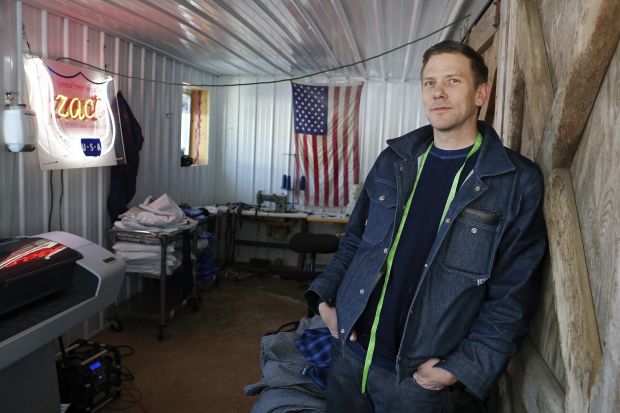 Photo: Columbia Dispatch
“We are indeed faced with a challenge of where to go from here,” says Zachary Myers, founder of Zace Denim,

Myers says he was fortunate enough to secure 1,500 yards of 15.5 oz Cone selvedge denim and, as he runs through that, Zace is still entirely American made. He also has a dealer in Los Angeles who has some stock and Myers is more than willing to start working with 14, 14.5 and even 13 oz Cone back stock when the time comes. But honest American workwear can only avoid the inevitable for so long and Myers knows it. “I have rolls of denim with Made in the USA labels and each time I peel one off it’s like a knife in the heart,” he admits. “It’s an emotional thing, the fiber our country was built on.” Myers speaks of touring the very last American knitting mill in Ohio and watching an 80-year-old mechanic going through the factory, preparing for sale and closure. “And no one knew it was happening. Consumers didn’t realize what was going on. In time, Cone closing will be a memory that fades, too. As my own sons grow up, it’ll no longer be relevant. It’s hard but it’s not really talked about. People move on, like the fashion industry always does.” 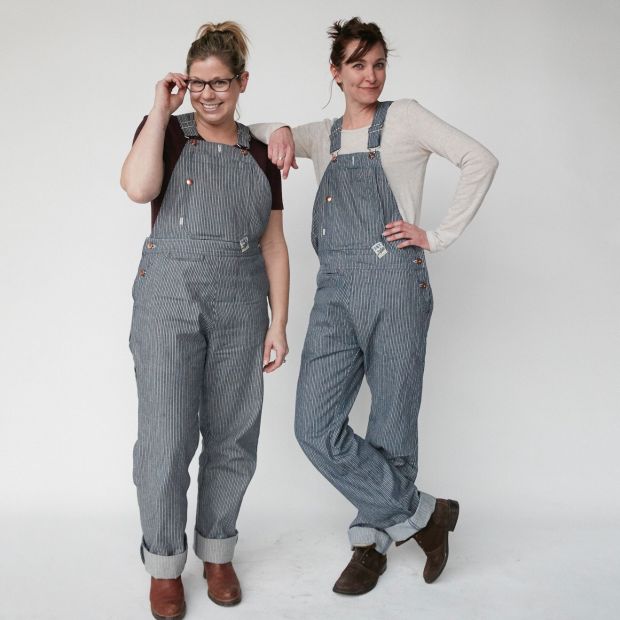 But Myers and his compatriots don’t really have time to be sentimental. The task at hand is to redefine Made in the USA and they’re hard at work doing just that. “The fabric is the main component,” Myers continues. “But it’s also really the hands that touch it, cut it, package it, the other components. The core ingredient might not be domestic but we can manufacture the garment in the US.” Myers’ small label is still able to be put together solely in Ohio with Amish craftsmen but, he admits, if he needed to sell 10,000 pairs of jeans, he’d have to adjust both his manufacturing and his transparency regarding it.

This brings up the sticky issue of manufacturing in general. “People might romanticize the way I still produce denim,” Myers says, “But, in reality, most Americans do not want to sit behind a sewing machine for 10 hours a day.” So if Made in the USA is taken literally and we’re just speaking about the actual stitching of the product, there is another issue on the already crowded table. Americans don’t want to do it and aren’t necessarily set up and capable.

Still, Zace and fellow American-made stalwarts Tellason Denim remain true. “Our jeans are made in San Francisco and we have zero plans to move production to save a few bucks,” says Pete Searson, co-founder of Tellason. “It never gets old to say our jeans are made in this city. We wish more denim companies brought their business here. It would only help build the whole story of Made in the USA.” Searson feels that pure workwear will always have a resonance as an undeniable American story and shame on denim companies who seek only the mighty dollar. “Cone closed because not enough denim companies placed orders with them,” he continues. “Years ago, things were humming. Then the accounting departments of different denim companies started taking the reins and led the designers down the path of saving money by buying fabric from China and such. It is that simple. I would like to think that these designers put up a bit of a fight about it. After all, they are supposedly denim designers and should be as interested in US made fabric as we are.” 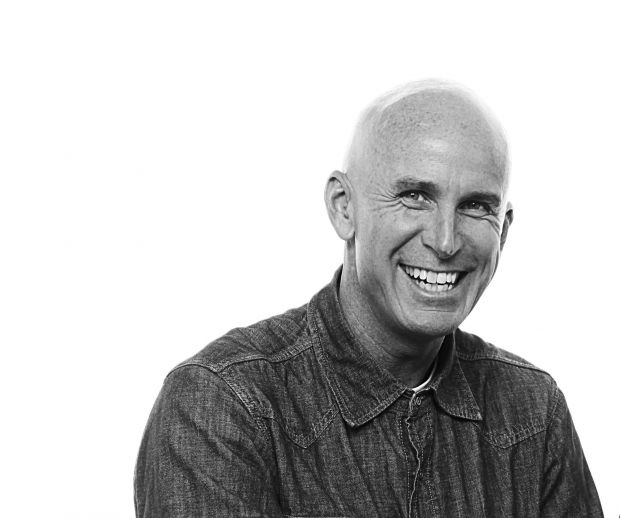 Photo: Tellason
Pete Searson of Tellason: "We have a dedicated customer who appreciates our efforts."

But, as Searson admits, “Since the average price of a pair of jeans in the US is under $20, I cannot speak very confidently about the general quality of our so called workwear.” There is definitely a sweat equity and work ethic on which solid American denim prides itself. “We are not making lawn chairs here,” Searson says. “We make good jeans and have no interest in playing the race to the bottom game with price. We have a dedicated customer who appreciates our efforts. We are 10 years old now and we have close ties with our regulars and treat every order with great respect. If you have a problem, you will probably get a telephone call from one of us to try to fix it.  Antiquated style but, in the end, we feel good about what we do and how we handle things.”

Searson and business partner Tony Patella have a solid plan in place already and an infallible belief in the American spirit behind the cloth. Yes, they have a large supply of Cone denim left, even getting Cone to make them a grip of their three proprietary fabrics before closing. After that, perhaps it’s across the Pacific for Tellason. “When our supply starts running low, we will get our fabric made in Japan,” Searson says. “We are already buying Japanese black denim and most of our shirts are made from Japanese fabric.” But Searson believes firmly in the American dream, something on which the great nation was built. “You know, making fabric here is still possible,” he says. “There are skilled workers out there that would love the chance to make denim fabric in their Hometown, USA. Just ask those in Greensboro who used to work at Cone. They would love to continue their craft. None of us are in a position to say it is possible or impossible. None of us know if there is a person out there with a love and a plan to make this happen.”

For now, Dearborn Denim is also part of a steadfast, loyal red, white and especially blue denim community. Making its workwear in Chicago, from all American materials, Kaleb Sullivan, the brand’s head of retail operations and brand development, admits it’s not easy. Though Dearborn wasn’t a Cone customer, Sullivan says they bought a lot of the company’s quill bobbins and wooden shuttles and, he confides, they might be sitting on a secret stash of Cone denim for use at a later time. 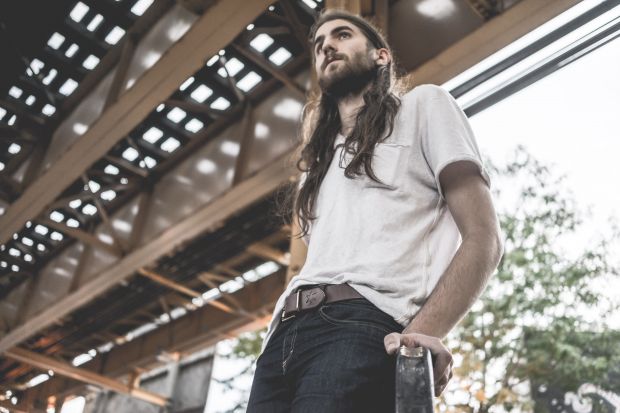 Sullivan is quick to point out the difference between regular denim, which he says is still often produced in the country and selvedge denim. “If anybody plans on making any selvedge jeans, then yes, it will be coming from Japan,” he says, “Which isn’t necessarily a bad thing considering Japanese craftsmanship and meticulous attention to detail.” Sullivan points, again, to hard work and honest American ethical production values as being at the core of Made in the USA denim. “We believe in producing things ethically, keeping production local, and paying fair wages,” he says. “Anybody can produce things cheaply overseas and perhaps make a higher profit, but we prefer giving back to the communities that have given so much to us.”

When a customer buys from one of these small but committed, still fully American brands, he or she is getting a heart and soul that did not cease with Cone. “All I can do is hold steady and true to what I am doing in Ohio,” Zace’s Myers says. “We are going to have to get creative with time. For those of us making denim by hand, there will be value in how we continue the heritage. Even if the fabric comes from other countries, as long as it’s being produced here, it’s American. Besides, most of my customers are wearing my jeans while they make other American products. I hope my inspiration fuels the wearer’s inspiration. Sewn here and then worn here to make more things here, a cycle of inspiration and American hard work.” 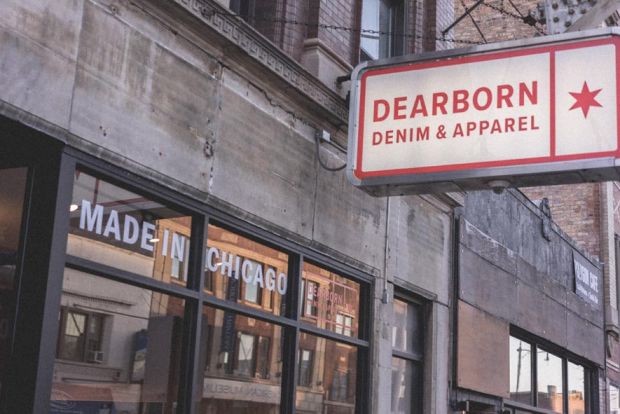