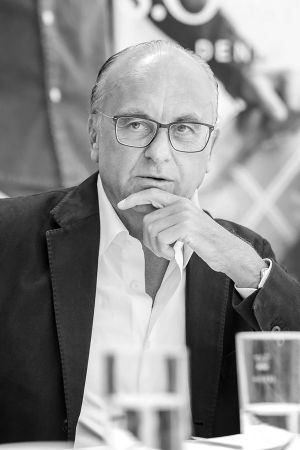 by Lorenzo Molina — November 02, 2015
Fashion company s.Oliver is gearing up for a business reshuffle –in the course of 2016, it will transform into a multi-brand concern with a holding structure and will be renamed Freier Group. Each brand of the company –s.Oliver, Comma and Liebeskind- will act as a separate legal entity with its own operational management in the new business configuration. Freier Group will support all three labels areas like IT, finance, controlling and legal services.

In addition, the three s.Oliver sub-brands will get a new name from August 2016 onwards: The premium range turns into s.Oliver Black Label and casualwear maintains its signature color and will be hence called Red Label. Finally, s.Oliver denim transforms into QS, which initially stays together with the other two sub-labels but will also develop into a separate entity in the middle term.

In addition, the company has acquired the trademark rights of Munich luxury brand Rena Lange from the insolvency administrator of its holding company M. Lange & Co. GmbH under undisclosed deal conditions. s.Oliver Group is keeping the brand’s intellectual property and will develop a concept for Rena Lange at a given time. Lastly, the label operated five own stores in Germany and the UK as well as six franchise stores in Russia and Japan.