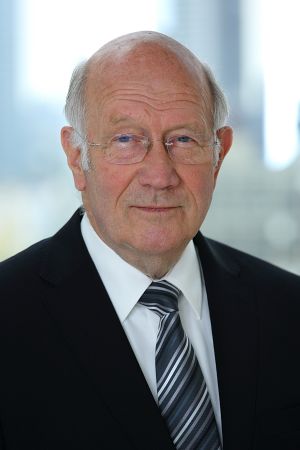 by Melanie Gropler — March 18, 2016
The dfv media group, that is headquartered in Frankfurt and publishes Sportswear International among other magazines, has announced that it increased its sales by 4.1 percent in 2015. Overall, it achieved, together with all of its subsidiaries and holdings, 147.3 million euros (compared to 141.5 million euros the previous year). Growth drivers were especially the digital business (plus 15.4 percent) and events (plus 6.5 percent). With these results dfv Media Group, which employs approximately 970 employees, remains one of the top-selling trade media companies in Germany and Europe. Despite considerable investment, including in the digital domain, the earnings situation improved significantly. The equity ratio is now at about 57 percent. Also, foreign sales showed a positive trend. Beyond German borders EUR 16.8 million were achieved.

The dfv media group achieved an annual circulation of 17 million copies. Its portfolio currently includes over 100 journals and 100 digital deals of eleven major industries, including websites, e-papers, newsletters, apps, social media presences and industry-specific job boards. About 140 commercial events and about 400 specialist book titles complement the media offer. In the annual ranking of Germany’s best-selling promotional journals The Lebensmittel Zeitung, TextilWirtschaft and HORIZONT are represented within the top 5 listing. The AHGZ – Allgemeine Hotel- und Gastronomie-Zeitung is ranked 11 and fvw – Magazine for Tourism and Business Travel - ranked on 14. Sportswear International, the magazine for denim and fashion trends, claims rank 21. No other media company is represented by so many titles in this ranking.

"In a still not quite easy market environment, we have generated a solid plus in 2015," said Angela Wisken, spokeswoman of the dfv management board. "This is particularly encouraging, because it is not based on acquisitions, but was achieved exclusively through organic growth. The need for relevant content and journalistic excellently prepared specialized information is unbroken. The changing media markets provide us constantly with challenges that we meet in two ways: We focus on the core business of our successful media brands. At the same time, we invest in the development of new services and business models - especially in digital business."

The dfv advertising revenues have increased by 4.1 percent to a total of € 85.6m. This represents approximately 58 per cent of the total sales of dfv media group. The lion's share was generated by Lebensmittel Zeitung, TextilWirtschaft, HORIZONT, fvw and AHGZ . The latter one was modernized in content and layout last October. Also title planning & analysis and afz - general butcher newspaper have been revised to reflect the modern reader’s habits, creating attractive advertisement environments. Particularly positive development was recorded by Lebensmittel Zeitung and HORIZONT, as well as at segments gastronomy and Law and Economics. Sales increases could also be reported at the Immobilien Zeitung, the IZ Immobilien Zeitung Verlagsgesellschaft mbH, in which dfv Media Group holds majority shares.

The distribution business proved again, with a share of over 22 percent, as a stable pillar.

Digital sets further
For years, the digital business proves as reliable sales driver: 2015 the dfv Medien Group has increased sales by 15.4 percent to EUR 15.0 million here. By selling digital advertising space with paid content and other fee-based digital research offers, the Frankfurt-based company already generates more than ten percent of its total sales. Angela Wisken: "We will continue to invest in the digital transformation and open up new fields such as data-based counseling services. Business with digital subscriptions, we plan to expand. Here we are already successful, but still see further potential." Further, dfv Media Group has implemented many relaunches of mobile appearances and sites of their media brands in 2015. Among the most important was the revision of LZ Digital in November last year.

Events with great potential
Conferences and trade fairs of the dfv media group generated EUR 16.4 million (plus 6.5 percent) last year. "The event segment is a particularly highly competitive market. The higher the achieved growth of us is to assess ", assigns a Wisken. “And we see in the future opportunities in this segment." The most important organizer of dfv Media Group is the dfv Conference Group with approximately 50 events per year, including the Meat Congress or the German Media Congress.

Maleki Communications Group, a 100 percent subsidiary of dfv Media Group, offers high-quality conferences for the financial sector to - for example, the "Euro Finance Week" and the "European Banking Congress". New here are the "Frankfurt Financial Talks", a series of events for top decision makers of Frankfurt's banking scene. The premiere on March 16, 2016, was held under the motto "Grexit, proposed referendum on United Kingdom’s European Union membership, Fixit ... does Europe fall apart?"

Outlook 2016
Klaus Kottmeier, dfv supervisory board chairman: "Despite a challenging competitive environment, the dfv Media Group expects within its existing business segments moderate growth in the current fiscal year." This is supported by the currently robust state of the German economy and the confident predictions for the development of the advertising budget. Kottmeier continued: "To continue the successful development of dfv media group, we accelerate the expansion of all business segments. In addition to the printed products of the Media Group, this also includes the events and in particular the digital services. "