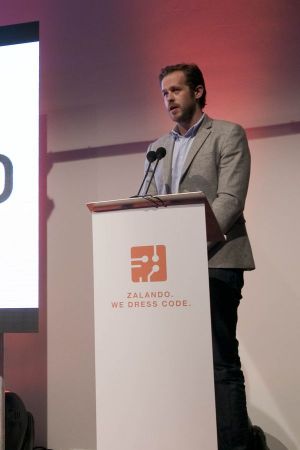 by Lorenzo Molina — April 24, 2015
Online fashion retailer Zalando has opened a technology hub in the Silicon Docks area of Dublin, Ireland, where a team of mostly data analysts and developers will support the further development of the platform. The so-called Fashion Insights Center is the first tech-facility of the company abroad and was inaugurated in the presence of Ireland’s prime minister (Taoiseach) Enda Kenny, the German ambassador in Ireland Matthias Hoepfner and Zalando’s founder and board member Robert Gentz.

During the next three years, the e-commerce platform plans to create up to 200 jobs in Dublin. Zalando currently employs 700 employees in the technology division in Berlin and Dortmund (Germany). Altogether, the company is going to recruit around 2,000 new employees during this year.

From raw material to clothing and back: Pyua x Sympatex