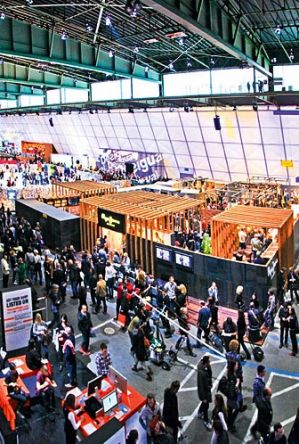 by Maria Hunstig — June 08, 2015
Online retailer Zalando has become a stakeholder in Bread & Butter (B&B), as was confirmed by the Berlin trade show. No exact declaration about the size of the share or the buying sum have been disclosed.
With the help of Zalando as an investor, Bread & Butter wants to climb out of insolvency until October 1, 2015.

Right now, B&B stated to fully concentrate on the upcoming summer event at Berlin Tempelhof from July 7-9, more details on a new show concept (potentially with the inclusion of end consumers) shall be revealed later on in 2015.
„With the help of the new investor, B&B is now set future-proof and can be led from insovlency within this year“, said Christian Graf Brockdorff of BBL Bernsau Brockroff & Partner, who has been assigned with B&B’s insolvency administration from December 2014. He thanked the business consultantcy Centuros as well as the B&B team and trade show founder Karl-Heinz Müller, whose future role with the trade show has not been specified.

Berlin-based Zalando SE has recently carried out a number of measurements to increase its fashion credibility, from a new art direction and campaign with model-of-the-moment Cara Delevingne to exclusive e-commerce cooperations with Topshop or Gap.