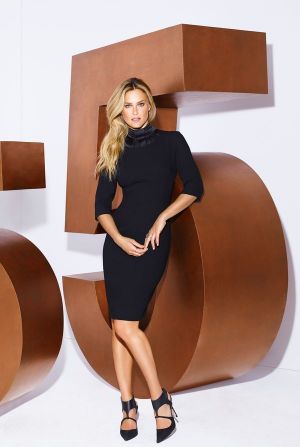 by Maria Hunstig — September 17, 2013
Berlin-based online store Zalando will celebrate its fifth birthday with an anniversary campaign during October 2013. The retailer, who is well-known for its striking and provocative TV adverts, is this time around relying on a more traditional marketing campaign and has hired top model Bar Refaeli to pose for the cover of Zalando magazine’s September issue as well as on and off-site birthday adverts.

The campaign with the headline “Wirschreien Danke!” (German: “We scream thank you!”), will include a selection of special birthday styles by different brands, a large-scale online sale, and several other on and off-line activities. Between October 7-11, Zalando will tour through Germany with a photo-booth, starting in Berlin and touring through Hamburg, Cologne, Munich, Düsseldorf, Essen and Stuttgart. Each of the photos to taken inside will include a shopping code worth up to 555 Euro.
The specially created landing page www.zalando.de/zalando-geburtstag will concentrate all the offers and activities in the context of this anniversary.