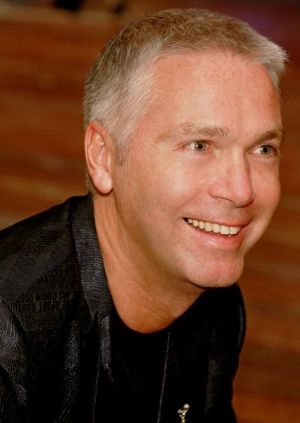 Expectations of the initiative include next to the strengthening of international expansion new licenses and a doubling of the turnover in three years, also a relaunch of the Bikkenbergs  womenswear line. The brand has already presented a capsule collection for s/s 2012 and for March 2012 will also be back with a women's fashion show.

"This is a new important development step," explains Maurizio Pizzuti, Chairman and CEO of Zeis Excelsa group. “When we started manufacturing footwear together a few yeas ago, friendship, affection and mutual esteem developed between Dirk and myself. Today we have a genius mind as a creative company set to achieve new important goals, while preserving the character of production. We expect to double our turnover within three years." The turnover of the Dirk Bikkembergs brands is presently totaling €100 million, excluding licenses for underwear, eyewear and childrenswear.

"We are also considering new licenses, including fragrances," continues Pizzuti. “And we intend to promote our international expansion by opening points-of-sale and entering new high-potential markets such as China and Russia." The new owner also aims at opening flagship stores and corners in Italy and abroad. Fifteen new stores will add up to the already existing 19 POS by 2012, with new openings in Dubai, Moscow, Kazan, Wenzhou, Andorra, Napels and Bologna among others.

In addition to the newly acquired Dirk Bikkembergs brands, Zeis Excelsa owns and produces Cult, Docksteps, Lofu, Sonora and Virtus Palestre and holds the international licenses for Samsonite footwear. Moreover, it distributes the Harley Davidson, Merrell and Sebago brands in Italy. The company's consolidated turnover totaled €111 million in 2010 and expects to reach about €150 million in 2011.