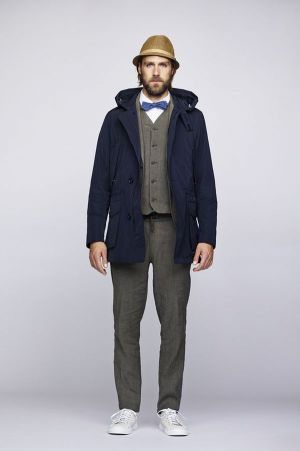 by Maria Cristina Pavarini — January 05, 2016
WP Lavori in Corso -Work In Progress- has founded Woolrich Europe, a new company that is part of the WP Holding of Bologna, Italy. The newborn company is based in the same city and has started operating from January,1, 2016. Aim of Woolrich Europe is to concentrate on making the Woolrich John Rich & Bros brand expand in Europe and Asia.

Since 1982, WP has been selling Woolrich John Rich & Bros, a leading outerwear brand now sold in 45 countries and through 17 monobrand stores worldwide. The brand is distributed in Europe from the early 2000s, and in Asia and Northern America since 2008. The US and Canadian markets are managed directly by the US mother company. Global markets such as the Chinese one will be managed according to a common synergy between the European and the US companies.

Woolrich Europe expects to grow from their €104 million revenue registered in 2015 to an average growth rate of 14% per year for the 2016-2020 period thanks to a marketing and R&D investment strategy, and a retail plan that is meant to increase their existing 15 monobrand store network to 75.

By 2020, the European Woolrich stores will grow to a number of 68, out of whose 54 will open mostly in major European capitals such as Paris, Milan, Rome, Madrid, Oslo, Zurich, Vienna, Moscow and Saint Petersburg. They will also open shop-in-shops in all important international markets.

In Japan, in addition to their existing Tokyo flagship store, they want to open five new stores (including a second Tokyo store in Ginza) and 25 shop-in-shops. Soon they will also open their first flagship store in Korea, in Seoul. They are also planning to inaugurate various shop-in-shops throughout the country.

In addition to this significant global involvement with Woolrich, WP Lavori in Corso scouts and manages various brands for Italy. Among the brands WP distributes in Italy are Barbour, Blundstone and Palladium. In addition to the already existing WP Stores, with the first one opened 30 years ago as recently celebrated in Florence, existing in Italy and in a few foreign countries, they also started opening a network of Barbour Stores. They have recently celebrated the first flagship store inaugurated in Rome to be followed by a new one in Milan in 2016 and others in some major Italian cities.