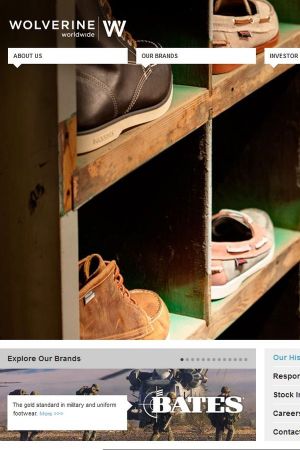 Looking back to last fall, Wolverine Worldwide has been modifying its leadership structure by promoting the organization from within, yet the company has recently amended one of the former executive appointments: Richie Woodworth, president of the Lifestyle Group division at Wolverine, elected only one month ago, has been replaced to lead Wolverine’s Boston Group, now responsible for the Sperry, Saucony and Keds’ brands. Before his brief stay as head of the Lifestyle Group, Woodworth served as president of Saucony for nine years.

Woodworth’s last role has been taken over by Jim Zwiers with immediate effect. The former Lifestyle Group that Zwiers commands now has been renamed as Wolverine Outdoor and Lifestyle Group and reconfigured, including the Merrell, Chaco, Cat Footwear, Hush Puppies and Sebago labels. Jim Zwiers is an 18-year veteran of the company who has held numerous executive roles at Wolverine. In his new position, Zwiers will also serve as president of Merrell until the ongoing search for this role is concluded.

Ted Gedra will continue to serve as president of the Wolverine’s Heritage Group, composed by the Wolverine, Bates, Harley-Davidson Footwear and HyTest brands. Gedra has been leading this business division for the past nine years.

Besides the three remodeled brand operating groups (Outdoor and Lifestyle-, Boston- and Heritage groups), the presidency of the company’s International Group has been taken over by Nick Ottenwess. He was already involved as vice president of finance and operations in this group, designed to drive growth in all regions outside of North America.

According to the company’s third-quarter 2015 financial results, Wolverine World Wide reached net earnings of USD 111.3 million during the first nine months of the year, representing a loss of USD 11.4 million in comparison to the previous year.