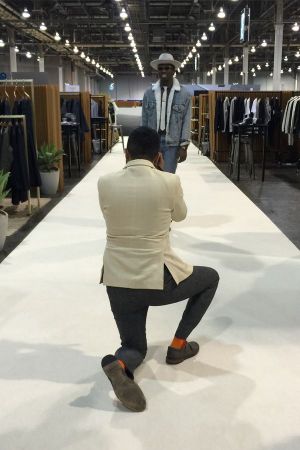 What you have missed at the Las Vegas shows

by N. Jayne Seward — February 22, 2016
Las Vegas - this season was all about fashion – and continued focus. There were plenty of new brands, an evolution of trends and some dramatic shifts – especially in the streetwear market. UBM/Advanstar, owner of MAGIC Marketplace and Project, held its menswear shows February 16 to 18 at the Mandalay Bay Convention Center.

Project, The Tents, The Collective, Pooltradeshow and Workroom
Approximately 1000 men’s brands were spread out over 300,000 square feet of show floor at Project, The Tents, The Collective, Pooltradeshow and Workroom. That’s a lot of ground to cover. And in the men’s market where fashion doesn’t change at a radical pace, designers stand out by staying focused - and stepping up their fashion game. “If you look around, there’s always from season to season there’s nothing revolutionary, there’s incremental steps,” says Erik Ulin, UBM/Advanstar’s new President of Men’s.

Innovative look
For example, experimenting with technical materials and adding a tailored fit to outerwear pieces can create an innovative look. While many tried and true trends such as bomber jackets, denim, military themes and plaid continued, brands updated trends with their own twist. Luxe fabrications were key for many for turning traditional items into unique pieces. Textures from beautiful wools and knits (think Billy Reid) to Japanese selvage (ie Matias) and shredded denim are especially important for Fall. 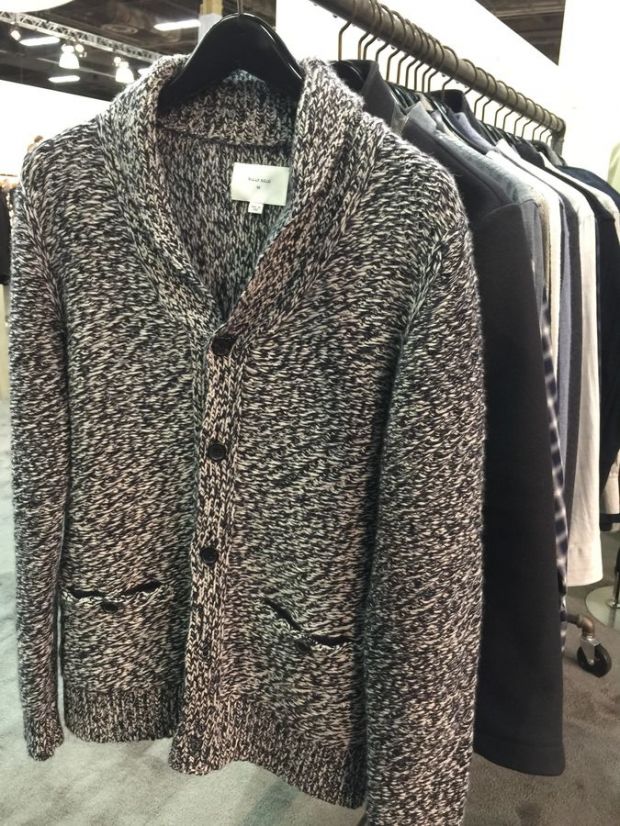 Billy Reid at The Tents 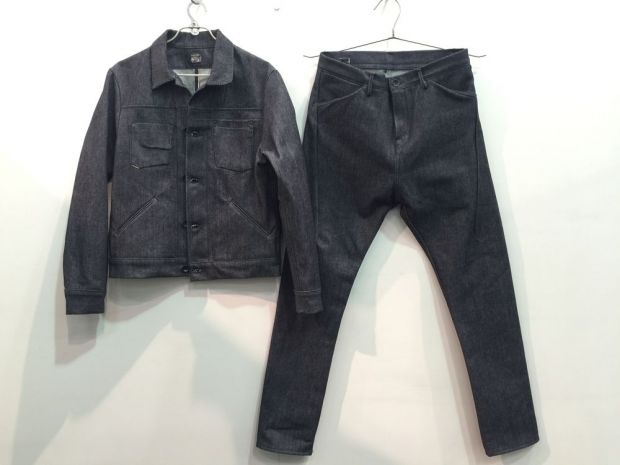 Matias denim at The Tents

Casual in the focus
Casual continues to be an ongoing focus in the market. “If I look in Project, there is a movement for the laid back, the easier pieces, like the Cali lifestyle [section]. We had a very big growth in that. It’s more like the easy t-shirts [and sweaters], it’s an easier price point, the athleisure [area] is really growing quite a bit too.” Ulin also notes that single category brands are doing well - focus and expertise being key. 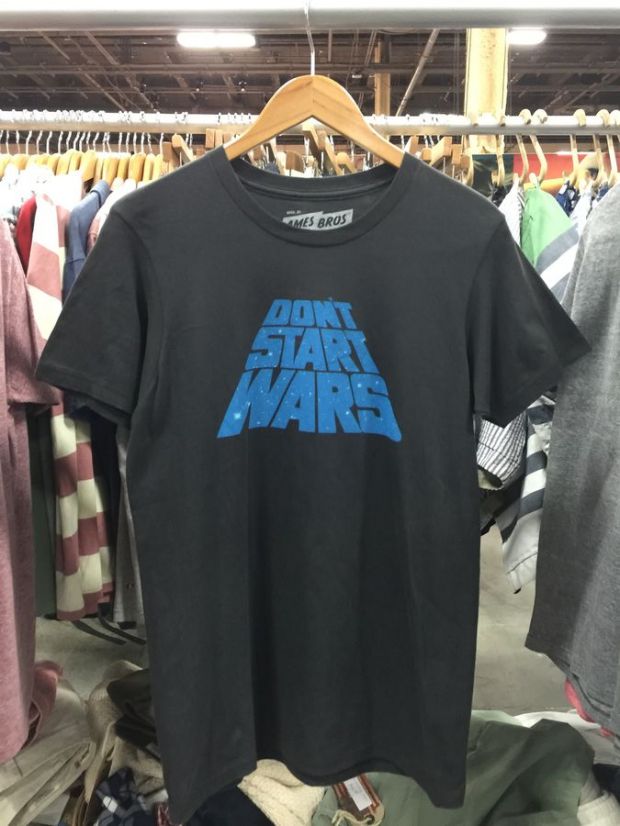 Directional designer
The Tents, which grew 15 percent this season, showcased many directional designer and advanced contemporary brands including Billy Reid, Vince, Drifter, Belstaff, Whyred, Aquascutum, Scotch & Soda, 3x1, Stitch’s, Jean Shop and J. Lindberg. “[The Tents] are more about what menswear brands we feel like are really leading forward with what they’re doing,” says Ulin adding that many of those brands focus on craftsmanship. “It’s always very, very well made,” he explains. New denim brands included S.M.N Studio and STROM. Matias, which showed for the first time at The Tents, was a standout with artisan level craftsmanship, Japanese selvage denim and beautifully subtle washes. 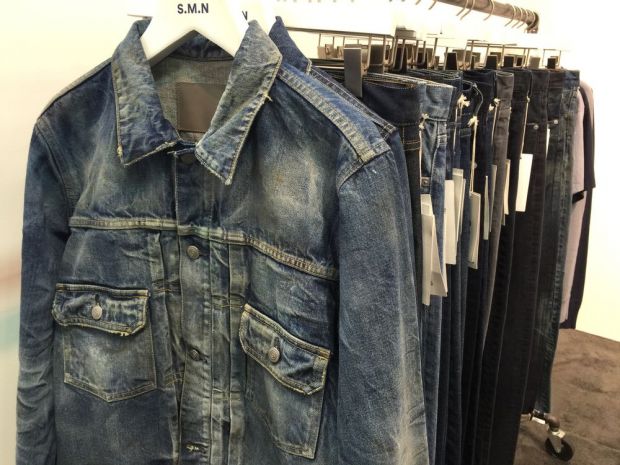 S.M.N Studio at The Tents

At Liberty, menswear was business as usual. But the men’s market, which has been heavily influenced by athleisure, is now changing according to Liberty Fairs Co-Founder Sharifa Murdock. “I honestly feel like the men’s market is taking a good turn,” says Murdock. “I think that it’s doing probably better than women’s right now. I think men are getting more dressed up,” she explains adding that men are moving away from joggers and the streetwear look. And there was plenty of fashion to offer buyers. 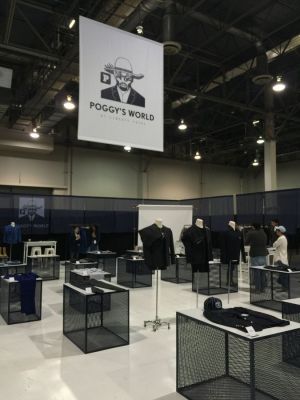 Athleisure has big influence
While many general trends continued – ie rocker, great outdoors, military and of course denim, key pieces such as bombers, suitings, and sweats – like those at Matiere - were updated with modern fabrics and a multitude of textures. Bold colors were also key. Blue and red in particular were prominent on the show floor as well as military green and winter white. Athleisure is still trending, but even it’s now evolving upward. “You are always going to see athleisure, but now you have brands that are athleisure that are trying to go into the realms of getting more dressed up like Under Armour,” says Murdock, who noted the brand is coming out with a new collection. “It’s going to be for men who want to get a little more dressed.” 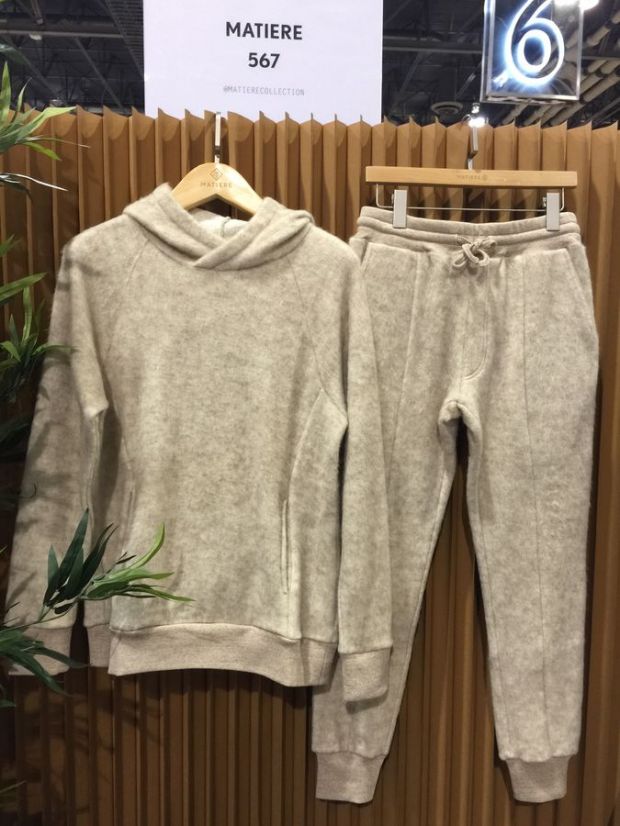 Androgyny, tailoring, and elevated streetwear
Capsule, which included approximately 225 brands, continued to showcase emerging - and directional - fashion. The show again featured a progressive showcase called Le Nouveau, which included brands epitomizing the street luxe movement as well as avant-garde and underground fashion. Darren Skey, Head of Menswear at Harvey Nichols curated the “Perspective” area which featured innovative brands such as GHSTS, Ne.Sense, Tourne De Transmission and Rochambeau. The Tomorrow showroom returned with its brands and for the first time, and the show included a section dedicated to Gen Art. Androgyny, tailoring, and elevated streetwear looks were some of the key trends. There were many discoveries to find and the show was busy with buyers shopping for clothing and accessories as well as fragrances and sundries. 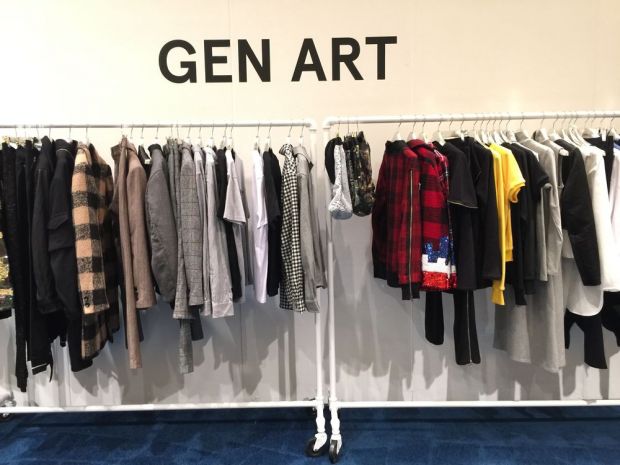 Streetwear has changed
Agenda, which is known as a key urban and streetwear show in Vegas, continues to evolve and gain momentum. Fashion forward brands such as Black Kaviar, Crap, Fila, Lafayette, Embellish, Dfynt, Dope and Boy London are just a few who presented their collections. This season Agenda Founder Aaron Levant says he too is seeing a dynamic shift in the market. Streetwear is still big he says, but now what is considered “street” has changed. Previously, brands that were entrenched in the street space were driven by logos and graphic tees. “That stuff is pretty much dead in the water in the market and it’s gone to more basics and very clean stuff with no logos on it,” Levant explains. “That’s a dramatic shift from what Agenda has been for the last ten years.” 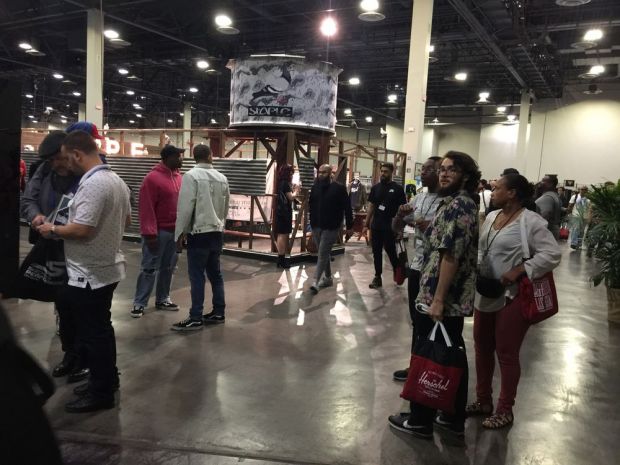 Denim remains strong
Bottoms – especially denim - were a breakout category in Vegas. A key trend Levant notes is high fashion inspired denim and bottoms with heavy washes, finishes and rips and finishes at an affordable price point. “We’ve never had denim brands coming to us,” says Levant. “It’s always been a very T-shirt heavy market for Agenda and it’s totally changing now.” In fact, Agenda’s recent Miami show saw an influx of denim brands including Diesel, PRPS and Parasuco Jeans. In Vegas, Agenda saw a surgence of new brands in the bottoms category as well as full cut and sew apparel collections. While there is talk that retail is down, Levant says he’s seen some of the heaviest writing he’s ever seen at this show – some p.o.’s in the one and two million range. “Before people weren’t really writing p.o.’s on the floor. Now we have massive p.o.’s being written on the floor and for the bottoms category that’s a huge dynamic shift for us,” he says adding that has really only happened in the last year. “Graphic tees and accessories and hats and fleece have really been driving us for the last decade.” 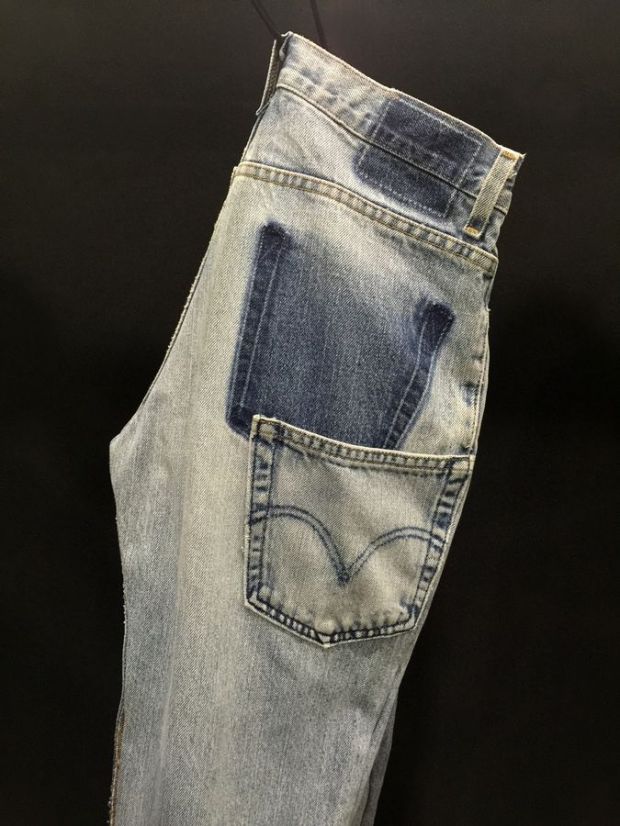 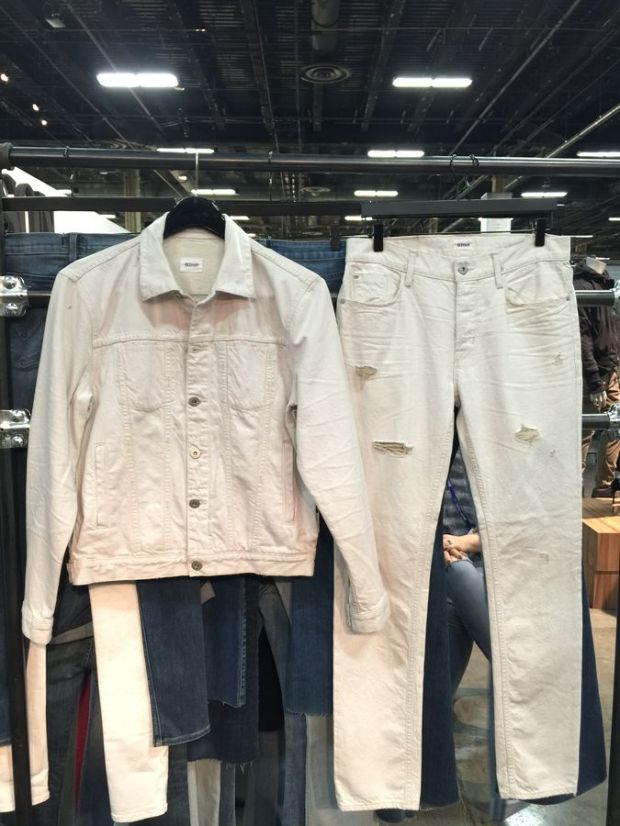