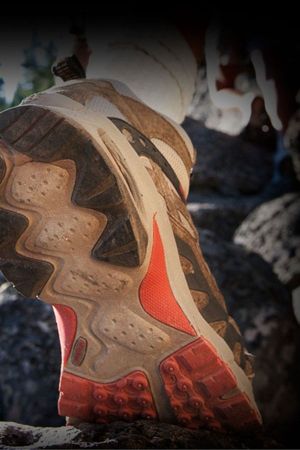 by Anastasia Dyakovskaya — February 17, 2012
The Fashion Footwear Association of New York and the publication Footwear Plus have honored Wolverine Worldwide and its brands with four industry awards based votes from a range of US retailers. Due to its 12-brand portfolio and wide array of products, selling over 52 million pairs of shoes across the globe, Wolverine Worldwide was named the Company of the Year. The company’s brand Merrell was given the Plus Award for Design Excellence in Outdoor for the tenth time, having also been previously named Brand of the Year for the entire footwear industry. Two Plus Awards for Design Excellence also went to the Wolverine brand for the Men’s Street and Work categories, the latter of which has won the award an unprecedented twelve times. Furthermore, Men’s Street was awarded for its unique, heritage-inspired 1000 Mile Collection.

Blake Krueger, Wolverine Worldwide chairman and chief executive officer, remarked, "We are very proud to receive Footwear Plus' Company of the Year and three Design Excellence awards, as they reflect our efforts and focus over the last several years to work closely with our retail partners and bring them innovative product that performs in their stores. Our brands are uniquely positioned in the global marketplace and are reaching consumers across multiple geographies, product categories and distribution channels. Being recognized by our retail partners and the industry for such a strong performance, with an unprecedented four Plus Awards, is a true honor."

Wolverine Worldwide’s portfolio includes Bates, Chaco, Cushe, Hush Puppies, HYTEST, Merrell, Sebago Soft Style and Wolverine. The company is also the footwear licesee of CAT, Harley-Davidson and Patagonia, among others. Their products are carried in more than 190 countries.