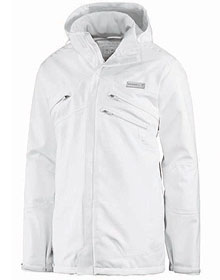 Dodge, who joined the company in September 2008, was most recently General Manager of Patagonia Footwear and held prior management roles at Salomon, Timberland and New Balance. In his new role, Dodge is expected to drive market leading footwear innovation and development for Wolverine’s Merrell, Patagonia Footwear and Chaco brands.

Sandquist, who most recently served as Vice President – Global Apparel, Equipment and Licensing at Columbia Sportswear Company, brings over 20 years’ experience in the outdoor apparel industry and is expected to expand the company’s apparel platform as well as maintain responsibility for all aspects of Merrell apparel and cross-brand responsibilities for accessories and bags and other select apparel initiatives.

Blake W. Krueger, CEO and President of Wolverine World Wide, said in a statement that Merrell’s focus on product was key in transforming the brand from a $26 million to $400 million business last year.