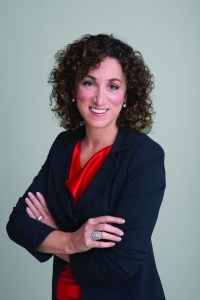 — July 16, 2015
Two years ago, Vince Holding Corp. CEO Jill Granoff took the Los Angeles based sportswear brand public. What followed was an expansion into menswear and accessories and the opening of 32 namesake retail stores, 10 outlets and e-commerce. Though the company initially grew its revenues, with sales up 12 percent to about $60 million in its first quarter, the honeymoon was short lived with shares currently down significantly from the IPO price. The steady decline throughout 2015, no doubt, resulted in a brand “reorganization” and Monday’s announced resignation from Granoff.

Granoff, who previously served as CEO of Kenneth Cole Productions, executive vice president of Liz Claiborne and president and chief operations officer of Victoria’s Secret Beauty, has called her resignation a “bittersweet decision…[but] the right time for me to pass the reigns to the next leader.” After three years with the brand, Granoff will stay on during the transition period as Vince chairman Marc Leder finds the brand’s next CEO.

Meanwhile, the company’s restructuring has also seen the departure of president and chief creative officer Karin Gregersen, a position that Vince intends to leave unfilled. The brand has also revised its operational reporting structure with the hiring of Livia Lee as the new Vince senior vice president of merchandising. Lee arrives at Vince having honed her skills considerably with labels like Lacoste, Diesel, Ralph Lauren, Victoria’s Secret and Gap. As part of the restructure, Lee will head up men’s and women’s apparel, accessories, retail, visual and e-commerce merchandising.

In a statement, Vince chairman Marc Leder said, "Our continued focus on improving wholesale channel performance, as well as the successful execution of our direct-to-consumer and international expansion initiatives is enabled by our continued strong market position and our experienced team of industry veterans. With the breadth and talent of our senior management team that is in place, we are confident we have the right expertise and leadership to move us forward."