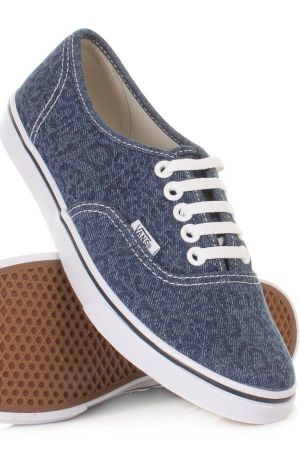 Vans, one of the brands of VF Corporation
Stories

by Lorenzo Molina — April 29, 2014
The VF Corporation has presented its first quarter financial results for 2014, which highlight (their) earnings per share rise of 12% to $0.67. The reason behind it is a strong demand for The North Face, Vans and Timberland brands along with a gross margin expansion in every coalition. In the words of Eric Wiseman, VF Chairman, President and CEO: “Led by outstanding performance from the Outdoor & Action Sports coalition, which had balanced growth across all channels and geographies, we delivered strong growth in revenue and profitability.”

Particularly, the revenues of the company rose by 6.5% to $2.8 billion in comparison with the same period of 2013, driven by double-digit growth in Outdoors & Action Sports, international and direct-to-consumer businesses. Looking at revenues per region, the Asia Pacific area leads the ranking with a 17% growth in constant currency for this first quarter; followed by Europe (8%) and Americas excluding the US (8%). Altogether, international revenues were 43% of global VF first quarter sales in 2014 (42% in 2013).

The gross margin reached 49.4%, particularly due to a continuous shift of their mixed revenues towards higher margin businesses. Operating income of the VF Corporation increased 13% to $403 million in the first quarter ($358 million in 2013) and the operating margin was 14.5% (13.7% last year).

In the light of these good results, the VF Corporation has adjusted the revenue and earnings forecast for the whole year 2014.