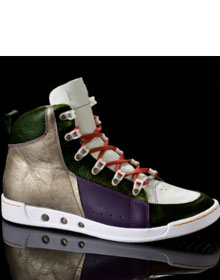 VAEL PROJECT NAMES BOARD OF ADVISORS

“We have put together an advisory board of iconoclasts who represent the best and most creative minds in the fashion industry,” said M Coleman Horn, Founder and Creative Director of Vael. “These are pioneers in the fashion industry that are undeniably in a league of their own and Vael is fortunate to have their support and expertise as a driving force behind our success as a new brand.”

The Vael creative board of advisors is as follows: Shawn Stussy, who systemically changed the fashion industry with the launch of his line in 1984 and quickly became one of the most influential designers of streetwear; Mossimo Giannuli, the youngest CEO to bring his million-dollar company to the NYSE in 1995 and founder of the eponymous brand that retains an exclusive license agreement with Target Stores; Thom McElroy, who brought the youth market to the masses through his creative design and advertising approach over the past 19 years and later founded Volcom; and Robert Beauchamp, former Fashion Editor of GQ and Editorial Fashion Director for Esquire, Founder of Beauchamp-Mastronardi & Associates, a marketing firm, and Luxury Market Consultant to American Express.

Said McElroy of his contributing role: “I am happy to put my creative resources and extensive experience toward a company that I see is as capable as Vael and poised to have a significant and lasting impact on the world of fashionable, functional men’s footwear and accessories.”