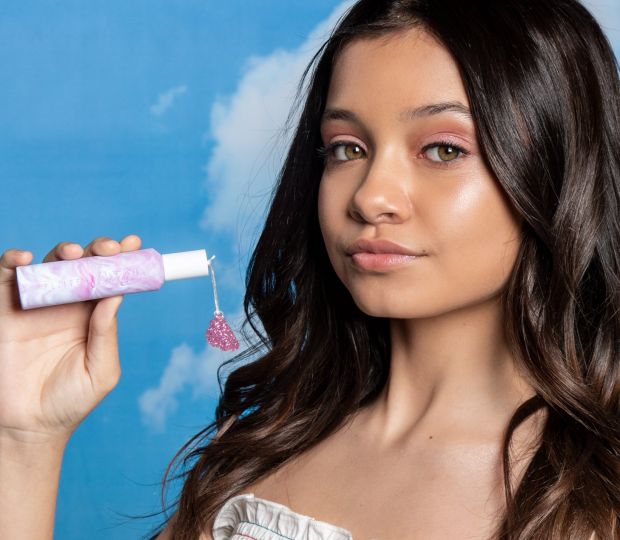 Why Beauty Killed the Fashion Star

“This is the best concealer I’ve ever tried! It’s amazing!” raves makeup artist Wayne Goss on his YouTube channel. “It’s a beautiful, radiant finish!” Goss has recorded an enthusiastic, unsponsored review of Too Faced Cosmetics Born This Way concealer. His followers are riveted, credit cards poised, all 3.4 million of them. Yes, 3.4 million housewives, workingwomen, schoolgirls and boys alike. A comment underneath from subscriber Jay Hulrs reads, “Wayne says it’s great. Me, driving to Sephora.”

Other vloggers have hundreds or even hundreds of thousands of followers while the bigger ones like Jeffree Star have over 11 million people tuning in to hang on every word of their GRWM (Get Ready with Me) videos, playing with makeup episodes and luxury cosmetic “hauls.” People are watching, they’re commenting, arguing, comparing but, most of all, they’re buying, buying, buying, all the while turning YouTube vloggers into household names and makeup artists with namesake beauty lines into all-out rock stars. The vloggers often start beefs with each other, create controversy, even speak of their private lives while hyping new application techniques and products more effectively than traditional media ever could. It’s a match made in sales heaven, showcasing beauty with a more direct to consumer connection than fashion could ever hope for. Tutorials, techniques, swatches and tips along with Instagram, Pinterest and Facebook Live, have given beauty the ultimate sales tool. And it only requires the client have a face.

There are no weight requirements, no age stipulations, no gender specifications, each product won’t set the individual user back all that much compared to a luxury handbag or sweater and, most of all, it’s fun. Even the younger generation, normally reduced to waxy “play makeup” is now accessing real pigments and high quality ingredients with a line like Petite N’ Pretty. Direct from one of the names behind Stila, early access to a new generation assures a fashion-like relevancy in the critical tween years. Combine that with cosmetics specially formulated for aging skin and an entire range of buyers are at the ready. 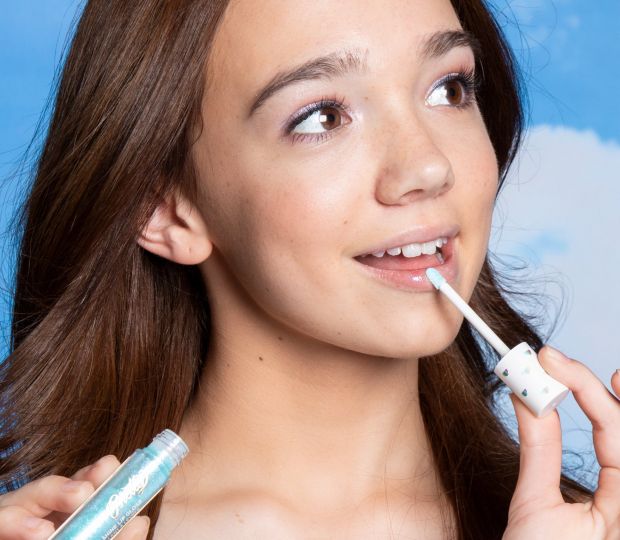 Cosmetics are expected to reach US$805.61 billion globally by the year 2023, according to Reuters, growing steadily thereafter, with a compound annual growth rate of 7.14% expected from this year onwards. Cosmetics are courting an exposure that fashion has, at times, touched upon with sneaker unboxing, “it” bags, designer collaborations and fads. But, it’s a comparative popularity that fashion has not reached, especially one that is staying the course. This is pointed out, surprisingly, by the black and white numbers, which have premium products still driving fashion but putting it way behind beauty at $420 billion globally, according to Consultancy EU. 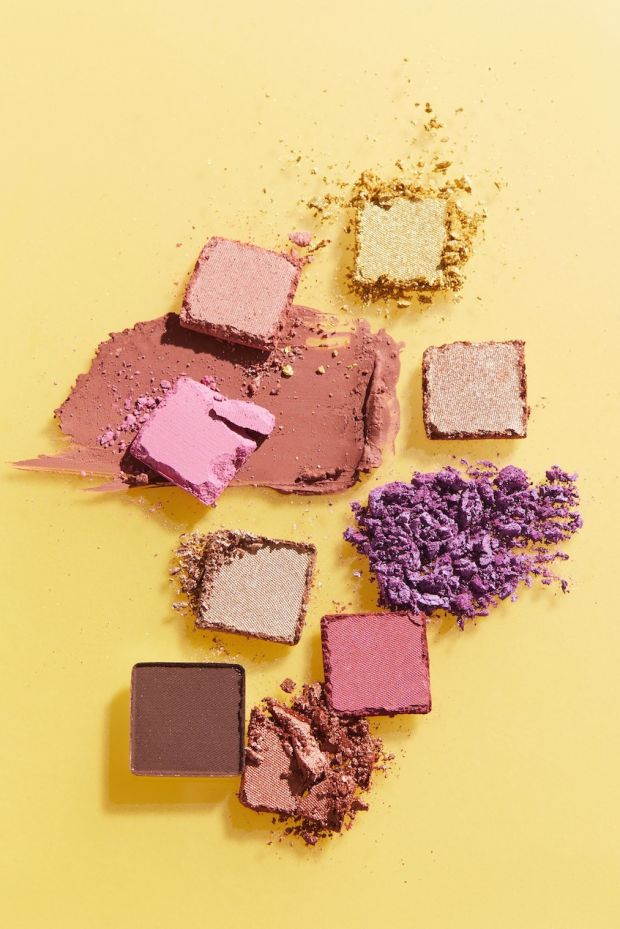 In years previous, women would wear the same makeup look day after day, kicking it up a notch for night. They would spend most of their time and attention planning an outfit and accessory combination. That is no longer the case. The cosmetic industry, clearly sick of being the bridesmaid and not the bride, has stolen the fashion show. Women now plan an eye look and lip combination, the perfect primer, a dewy or flawless finish and the right mascara for that outfit or day. And the look changes daily or even every few hours. Recent trade shows saw somewhat staid womenswear but most women on the show floor had a makeup look worth noticing and copying. It’s a fever women are catching, calling it a “makeup wardrobe,” and it’s eclipsing the need for a new pair of jeans or an expensive handbag. Throw on whatever is already in your closet, ladies, but make sure your eyebrows are “on fleek,” as Popsugar Beauty will instruct. 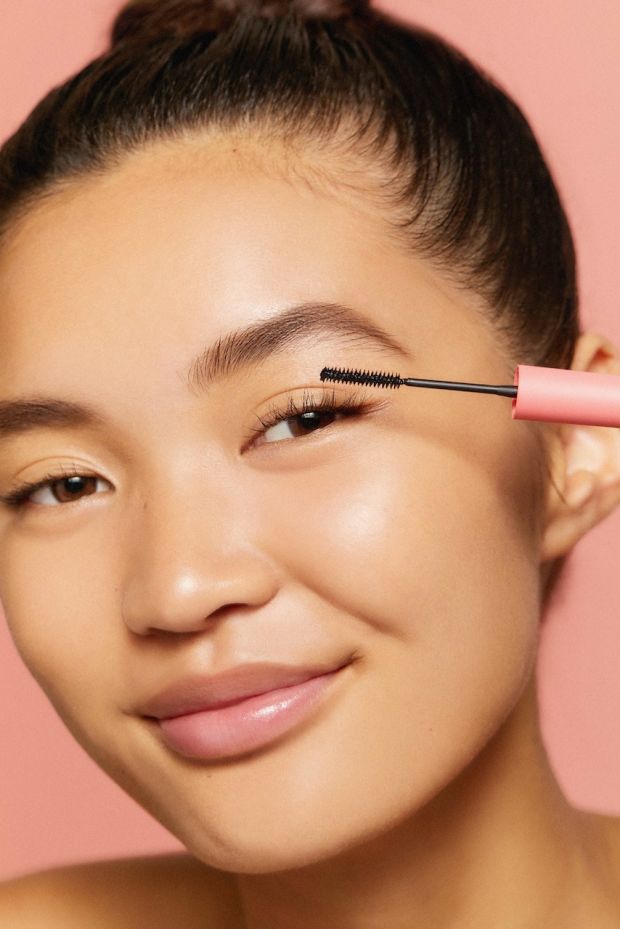 No matter how fast a sneaker or bag becomes unavailable, it’s not going to come close to Pat McGrath’s Labs Gold 001 eye makeup selling out in under six minutes or Kylie Jenner $29 lip kits which flew off the online shelves just as fast, leaving fans desperate to catch even a glimpse of the coveted product in Instagram photos and Pinterest pins.

It’s not just youth, though. “Instagram makeup” and the availability of filters has young women wanting to look selfie ready all day, everyday. But also, the fact that women are living longer and feeling youthful drives middle aged ladies to skincare, treatments and color correcting primers. Women in their forties and fifties are just as obsessed and the YouTube comments prove it, with baby boomer vloggers like Hot and Flashy (over 500,000 views on most vlogs) generating numbers just as impressive as their younger counterparts.

These YouTubers, called Beauty Influencers, are now nearly indistinguishable from the makeup lines themselves. Some, like Jaclyn Hill (5 million followers) and Nicole Guerriero (3 million followers), to name only two, have created top-selling eye palettes with beauty giants Morph and Anastasia Beverly Hills, respectively.  The vloggers influence and power is so great that when this little reporter called both Sephora and Ulta for comment, the multibrand beauty giants did their research on Sportswear International and decided it wasn’t worth their time. We heard crickets back from celebrity makeup artist brands and uppity celebrity lines. Print and a few thousand readers is nothing compared to millions upon millions of glances in one, quick YouTube video.

The powerful draw of Sephora to buyers and brands is shaping the beauty buying experience, hand in hand with YouTube. It’s become a playground that is do or die for brands as placement in Sephora or Ulta gives a clout that is critical to win buyer trust, both young and old. This writer recently overheard a luxury cosmetics brand rep exclaim that if you want the young market, you simply had to be in Sephora and, although her company had eschewed it, it was simply time to make the leap. Make the leap they did, with fanfare and huge sales. Sephora introduces beauty routines from Korea (K-beauty), launches brands and is, basically, the queen of beauty sales, right along with the helpful beauty influencers who drive these sales and earn their own money, often in exchange for simply being on the brands’ PR gifting lists.

Brands yet to reach Sephora-like heights can make use of innovative Internet technology to get shades right. Trinny London’s Match 2 Me program takes into account the customer’s eye color, hair highlights and morning skin tone to match to a video of a woman who shares those characteristics and, therefore, wears the same concealer or primer hues. It’s an earnest bid not to waste beauty influencer recommendations and can even be shipped overseas. Then there’s the unexpected dark horse, Glossier, a blog-turned-makeup-line driven by youthful, powerful online sales and namesake stores and pop-ups only. 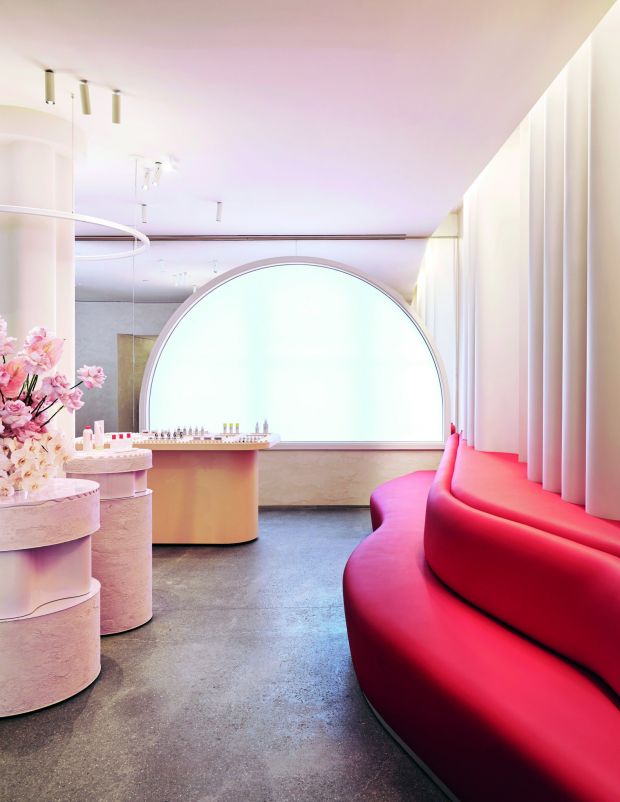 It is no wonder that San Francisco brow guru company Benefit flew a group of beauty influencers on an all-expense-paid trip recently to the Maldives. There, staying in comped rooms that ran upwards of $5000 a night, the influencers basked in the sun, vlogged and pimped Benefit’s soon-to-be-released $24 mascara.

Years back, celebrities such as Jessica Simpson, Sarah Jessica Parker and Gwen Stefani hawked clothing and shoe lines, now, famous faces like Kat Von D, Kim Kardashian West and Kylie Jenner have makeup lines and IG pages that show off the latest looks. Rihanna launched Fenty beauty last year with luxury conglomerate LVMH. Famous for its range of shades and inclusivity for all ethnicities and genders, Fenty was named one of Time Magazine’s best inventions of 2017 and was valued at nearly $72 million just one month after its release.

Previously known only for fashion, shops such as Urban Outfitters and H&M are following the cash and starting their own makeup lines. Formative fashion film and television shows like Sex and the City made household names of Fendi and Manolo Blahnik without an iconic makeup look to be seen. Nowadays, Carrie Bradshaw would have worn a “Tilbury Eye” look that would be as instantly recognizable as a red sole on a Louboutin. 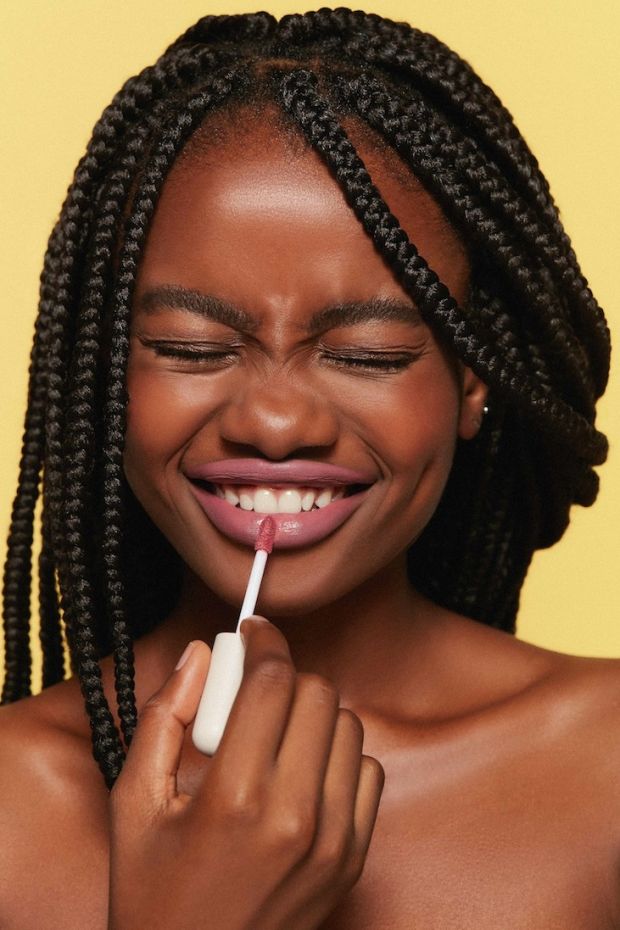 Charlotte Tilbury herself has gone from the quietly famous makeup artist for the likes of Kate Moss and Angelina Jolie to a newly crowned queen of cosmetics, opening her own stores in Dubai, killing it with a recent introduction at Sephora and packing public appearances that rival that of the film stars she previously made up. Tilbury’s limited edition face and eye palettes sell like proverbial hotcakes. Her famous, signature cosmetic application looks were one of the stars of the latest Victoria’s Secret runway show, a media sensation of a catwalk that has never before been shared by anything other than curvy supermodels.

Anastasia Beverly Hills, formerly known for the founder’s now passé eyebrow tweezing looks of the ’90s, has been reborn with an Instagram account that boasts 18 million followers. On it, the brand demonstrates cut crease techniques and eye shadow looks so intricate that they separate the women from the girls. The ABH look is instantly recognizable and often copied, but never perfectly, by less expensive “drug store dupes.”

Limited edition seems to be the name of the game along with VIP status for the most devoted fans and biggest spenders, which entitles them to early purchases and special treatment. Then there is BeautyCon, an open-to-the-public, ticket holder beauty festival that travels through New York, Los Angeles, Dallas and London and boasts makeup artist seminars, hyped appearances and samples galore. Its newest incarnation, BeautyCon Pop, is a 30-day-long emporium of all things beauty, expanding to more and more cities around the globe.

Meanwhile, Sephora has had tremendous success with its latest offering, Sephoria House of Beauty. With tickets that range from $100 for basic entry into the event and a bit of swag to $450 which brings perks like VIP entry, tons of swag and reserved seating for a master class, attendees are treated to various beauty experience rooms, a master class theater where brand founders like Chrissy Teigen from Becca Cosmetics, Dr. Murad skincare and Mario Dedivanovic from Laura Mercier teach their tricks of the trade to eager “students” of every age, gender and skill level.

The amount of hype and money being spent, flourished and earned in the cosmetics industry is a testament to makeup’s growth and extreme popularity. With beauty influencers making money off YouTube clicks, brands courting them in every way possible, young devotees and older buyers wanting to feel young, new product launches and exclusive, limited edition VIP makeup hysteria, things will only heat up for the holidays and beyond. For now and the foreseeable future, fashion has met its match as it looks like black winged eyeliner is, indeed, the new black.

Note from the editors: The interview previously ran in issue #287, The Brand Issue. 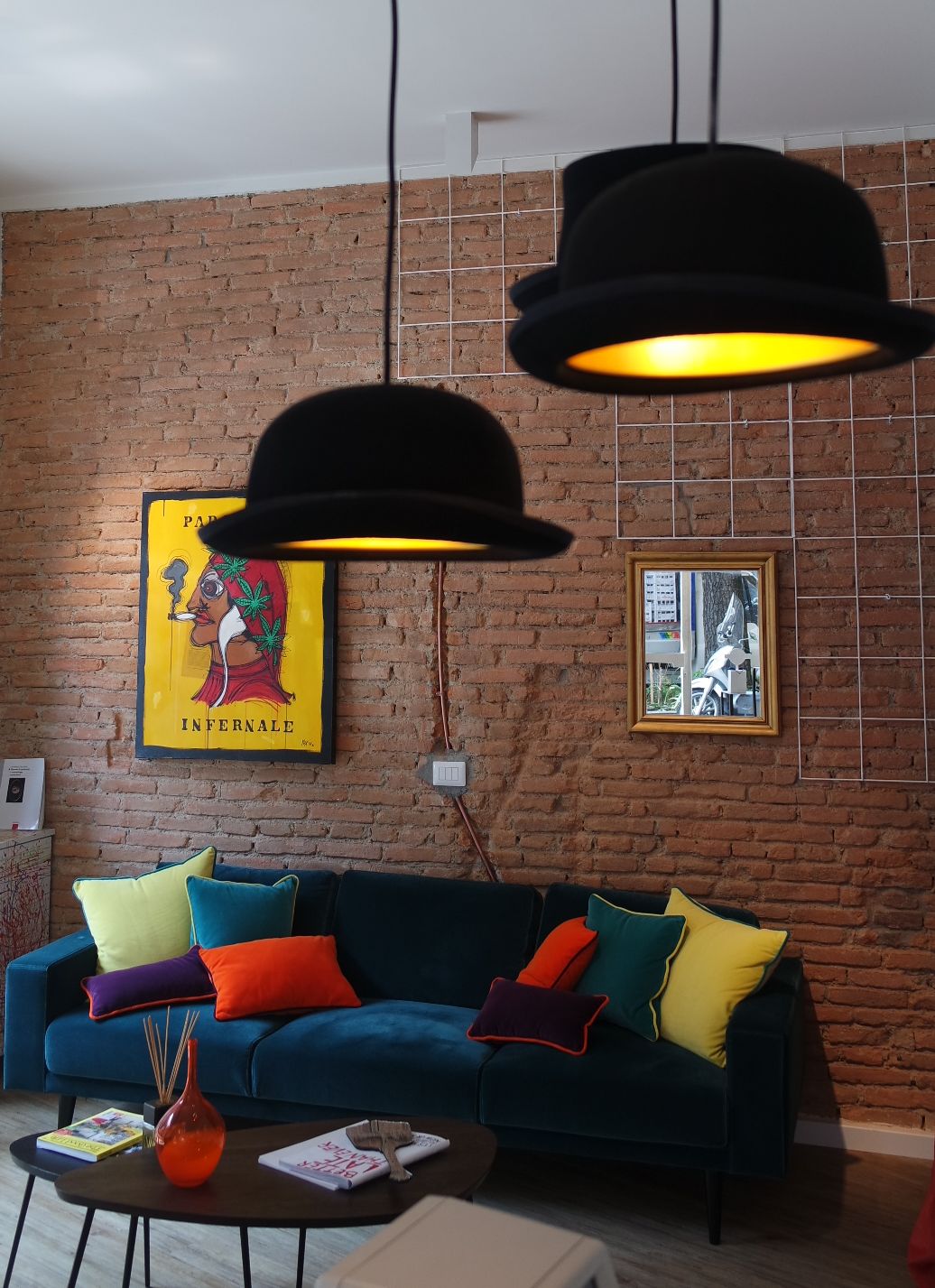 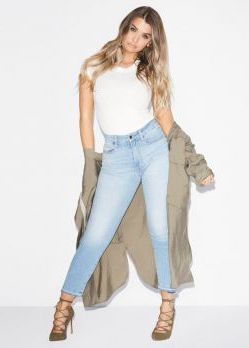