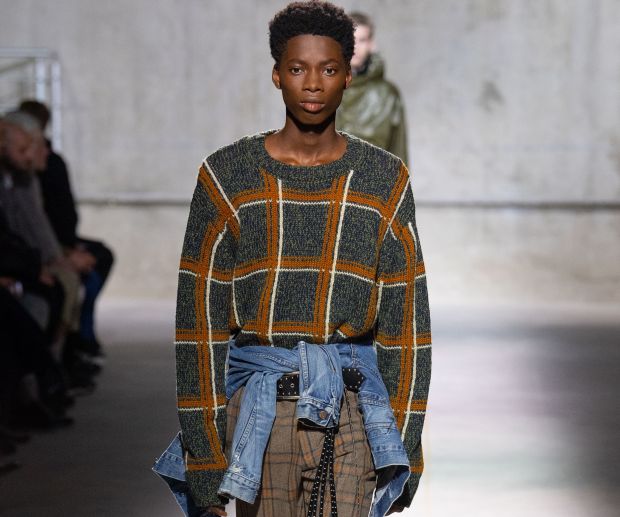 The fashion fairs during Paris Men’s Fashion Week for the a/w 2020 season took place under difficult conditions. The ongoing strikes in France, which severely affect daily life since the beginning of December 2019 and bring traffic to a partial standstill, deterred many show and trade fair visitors in advance. Some cancelled their trip to Paris completely, others missed shows and trade fair meetings. In some cases, the entrances to the fairs could only be reached on foot, as roads were completely closed to car traffic. Accordingly, it was quiet in the city and also at the trade fair stands. The retail trade is particularly suffering from the current situation, which is constantly claiming new victims. During the fashion week it became known that NOUS, founded by former Colette employees, will close its stores in Paris.

The tense economic situation and the discussion about the climate change are also reflected in the current fashion shows in Paris: sportswear, which for a long time dominated the catwalks, is on the retreat. Hoodies and sneakers with chunky soles, a standard of every collection in recent seasons, are now rarely seen. Instead, there is a clear movement towards classic and formalwear–even at urbanwear cult brands such as Off-White, Heron Preston or OAMC.  Here are the five most important trends of the menswear week.

Brown
Li Edelkoort predicted the color to be a great success several years ago. In women's fashion it was already strongly represented in the a/w 2019-20 collections and now it has finally arrived in men's fashion. Hardly any collection left out the color. Fashion analysts explain the success with a search for security in a restless time, which is also reflected in a revival of  ’50s interior design in furniture. Dark brown tones mix with warm beige and mustard tones, trenches are back and there are coarse wool jackets in brown checks. Along with black and gray, it is the dominant spot color this season (see also Corridor, Dries van Noten, Hermès, Wooyoungmi, Frisur, Maison Mihara Yasuhiro). Balmain and Jacquemus even showed almost their entire men's collection in sand and brown. 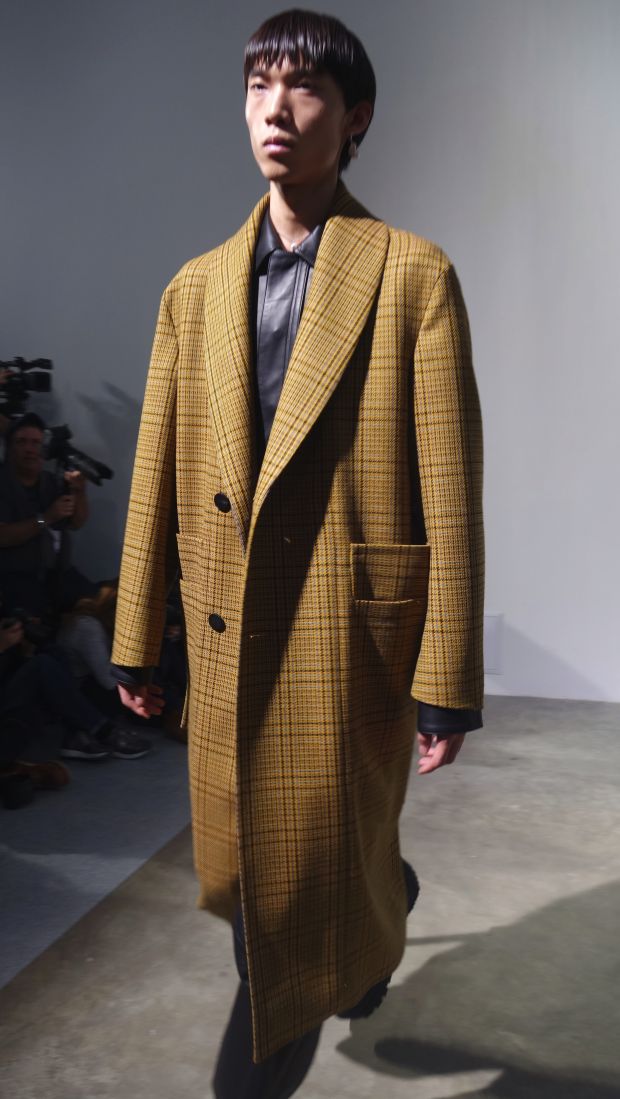 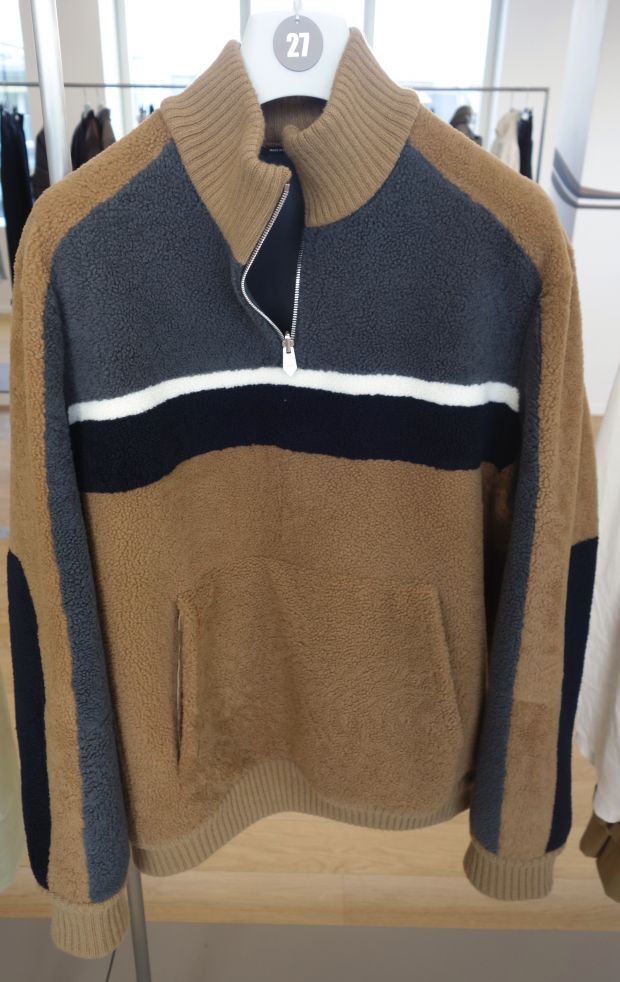 Tartan
Besides lots of monochrome and some graphic patterns, tartans and British glen check patterns are predominant. Some designers said that the discussions about the Brexit inspired them to do so. Besides very restrained versions in brown or gray tones, there are also traditional versions as Black Watch tartan or Rob Roy tartan. Kidill has given the Scottish pattern an important place and the Los Angeles-based label Mindseeker even has a kilt in its collection. Mostly the tartan pattern is used for shirts and classic jackets. 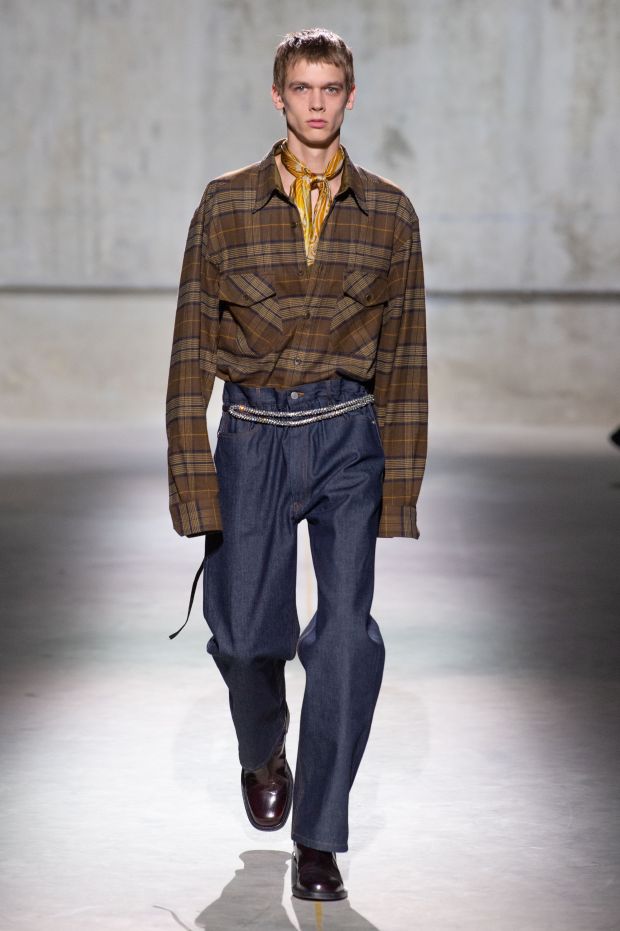 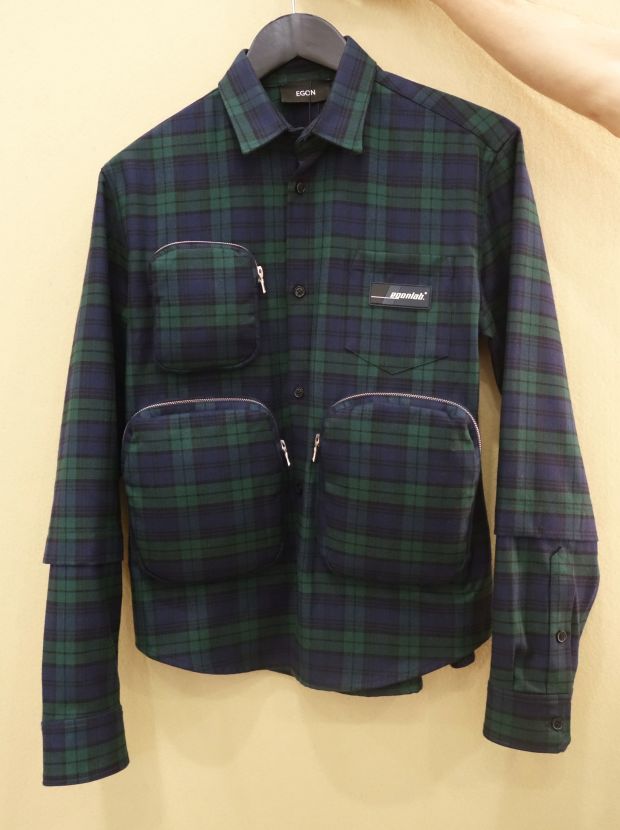 Formal classic silhouettes
As a counter-movement to the sportswear of recent years, classicism is coming back. Designers are resorting to strict lines that were previously only found in business fashion. Strict suits, navy blue, gray and black coats with lapel collars, single-row blazers, trench coats–the classics of men's fashion are being revived and reflect the trend towards more conscious fashion consumption. In addition to classic labels such as Louis Vuitton, Lanvin, Berluti, Givenchy, Wooyoungmi and Valentino, even streetwear labels such as OAMC, Off-White, Louis Gabriel Nouchi or the newcomer Rhude showed suits. The young French designer Lucca Lamoine also relies on the classics for his label Verlan. The New York label HNDSM and the Japanese coat and jacket manufacturer Document, which mainly uses cashmere, offer traditional cuts in best quality. 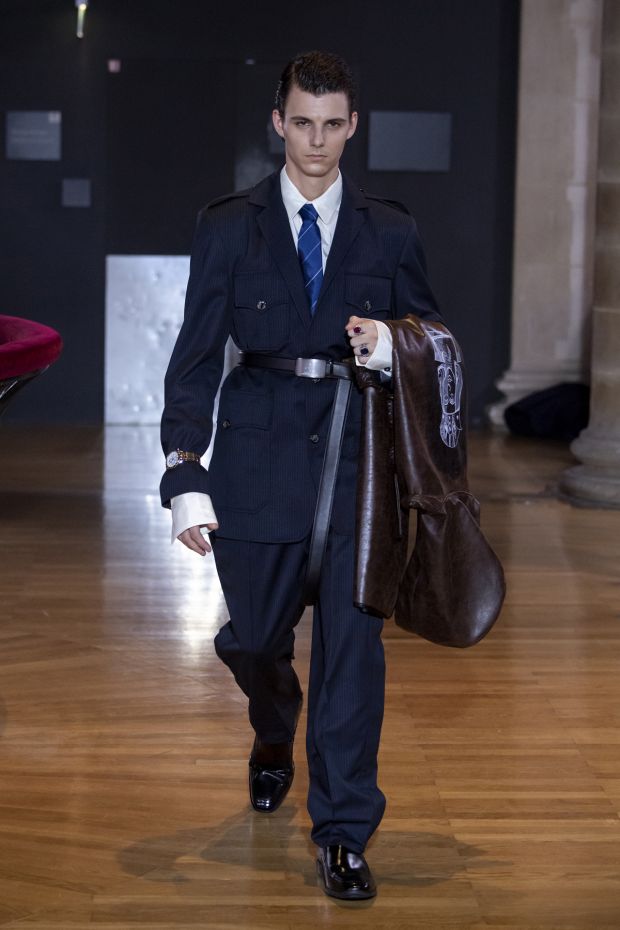 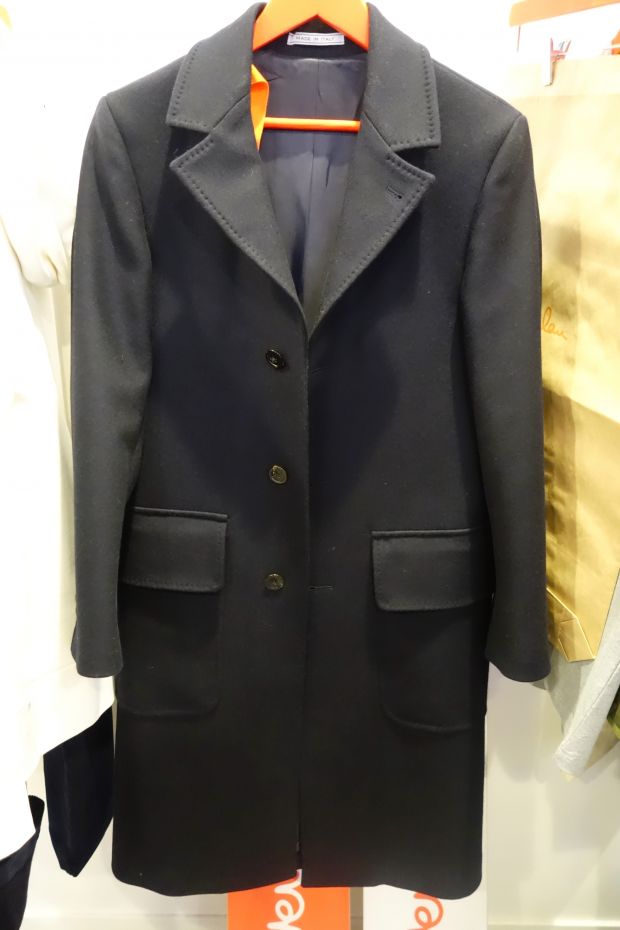 Outdoor new quilting
The bestseller of the thick down jacket with highly visible quilting will have competition from a well-known model that works with smooth and clean surfaces. Often the down quilting is only visible inside the jacket, as for example at the French manufacturer La Panoplie, Heron Preston, the young London designer Eastwood Danso or the Dutch label JBJ. The outside of the outdoor jacket is sleek and classic. Light quilting is also used on formal blazers to give them a rustic look. This is the case with Hermès, Frisur, the young upcoming label Bode and also Acne. The jackets have multiple uses: They can be used as normal suit jackets with an interesting surface or as jackets for the transition season in autumn and springtime. 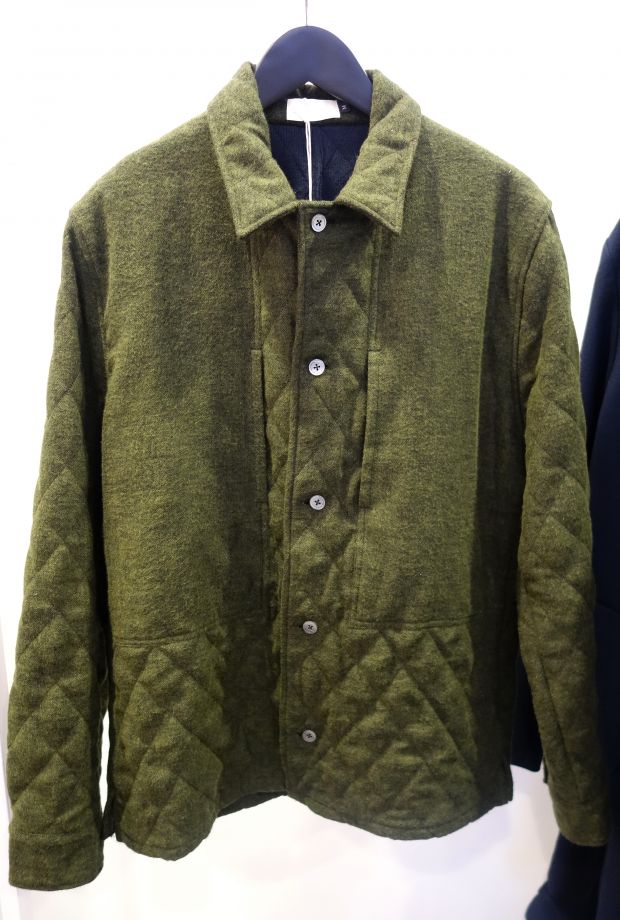 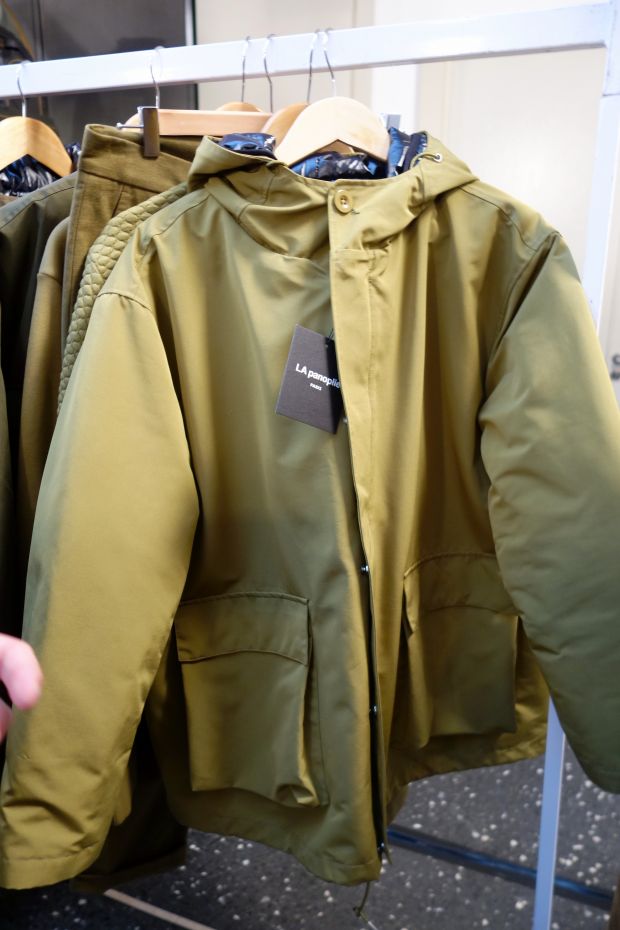 Men's shoes: pointed, square or high
The ugly and chunky sneaker, as introduced by Balenciaga a few seasons ago and massively copied, has largely disappeared from the collections. Its successors–like all men's fashion–are more serene and classic. The sole has a normal size and the sneakers become narrower and sharpener at the tip of the foot. Louboutin, Berluti and Louis Vuitton also rely on pointed shoes, giving the classic men's leather shoe a new look. Other designers, such as the Parisian brand Blue Marbel, rely on a square toe. Louboutin introduces a six cm heel for men in addition to its pointed versions. Dries van Noten also showed platform and high heel shoes for men. Basically, after the sneaker hype, there is a return to the classic leather shoe. 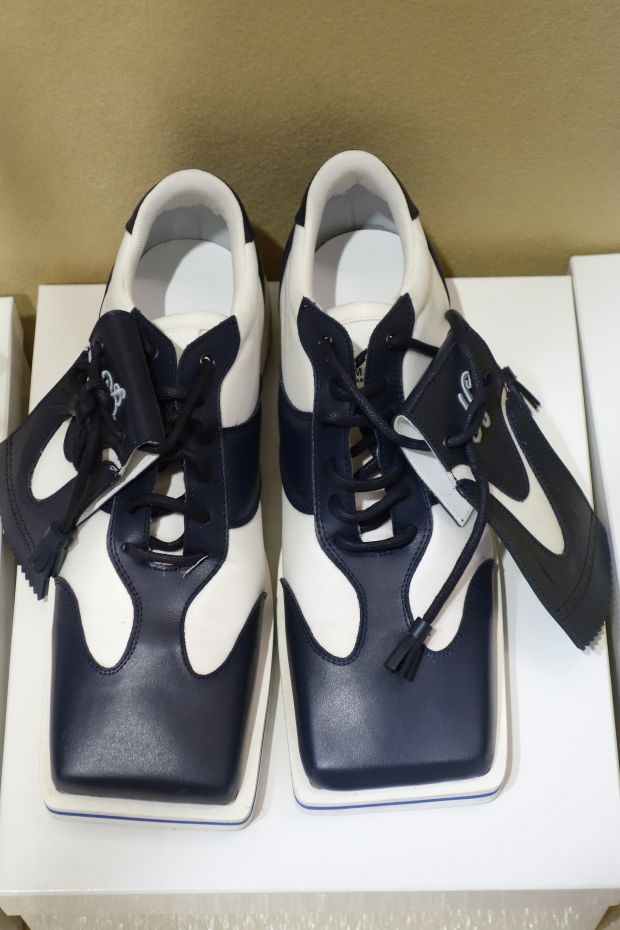 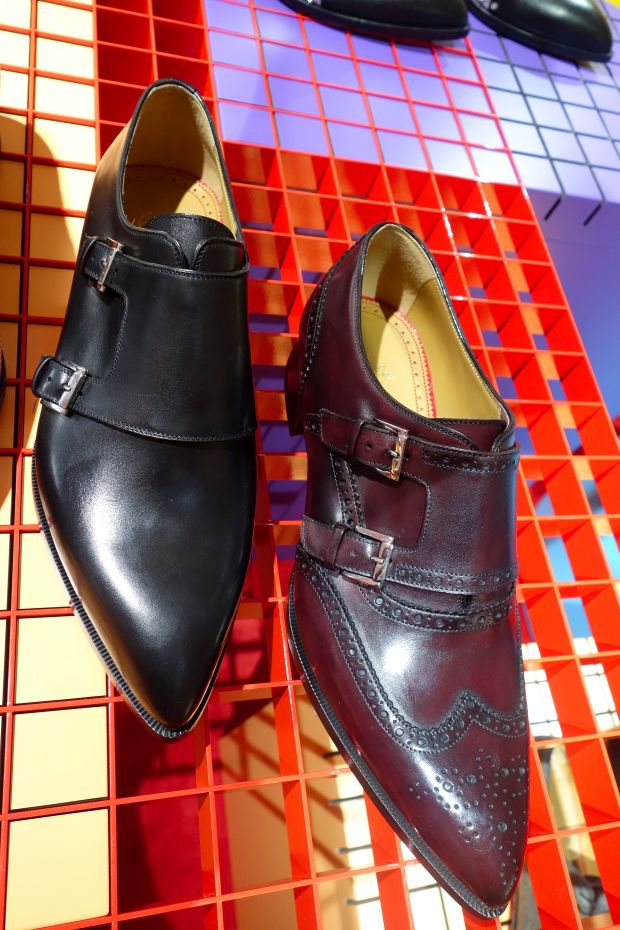 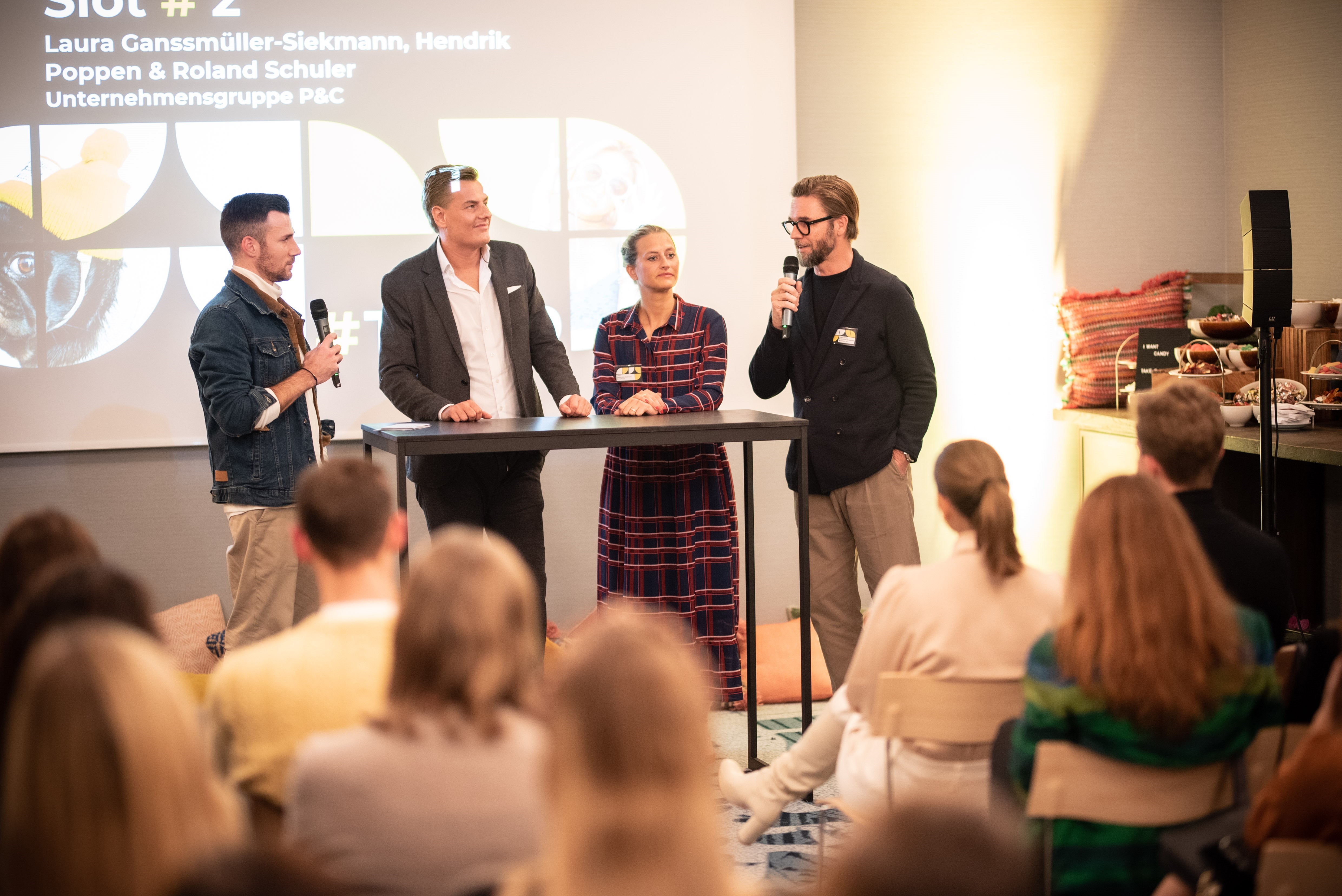 Why trends are so important 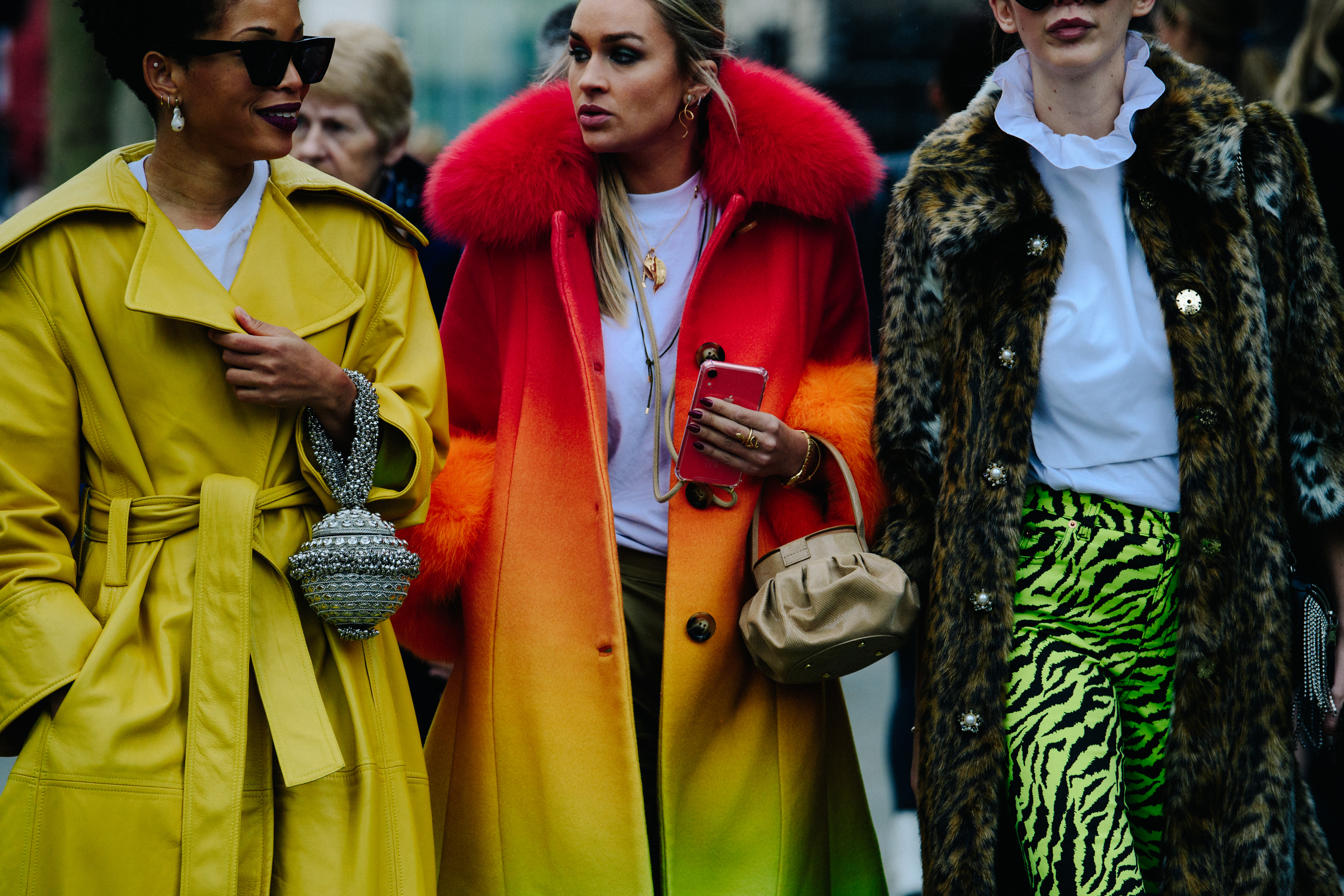 What were the most important trends and fashion moments in 2019? 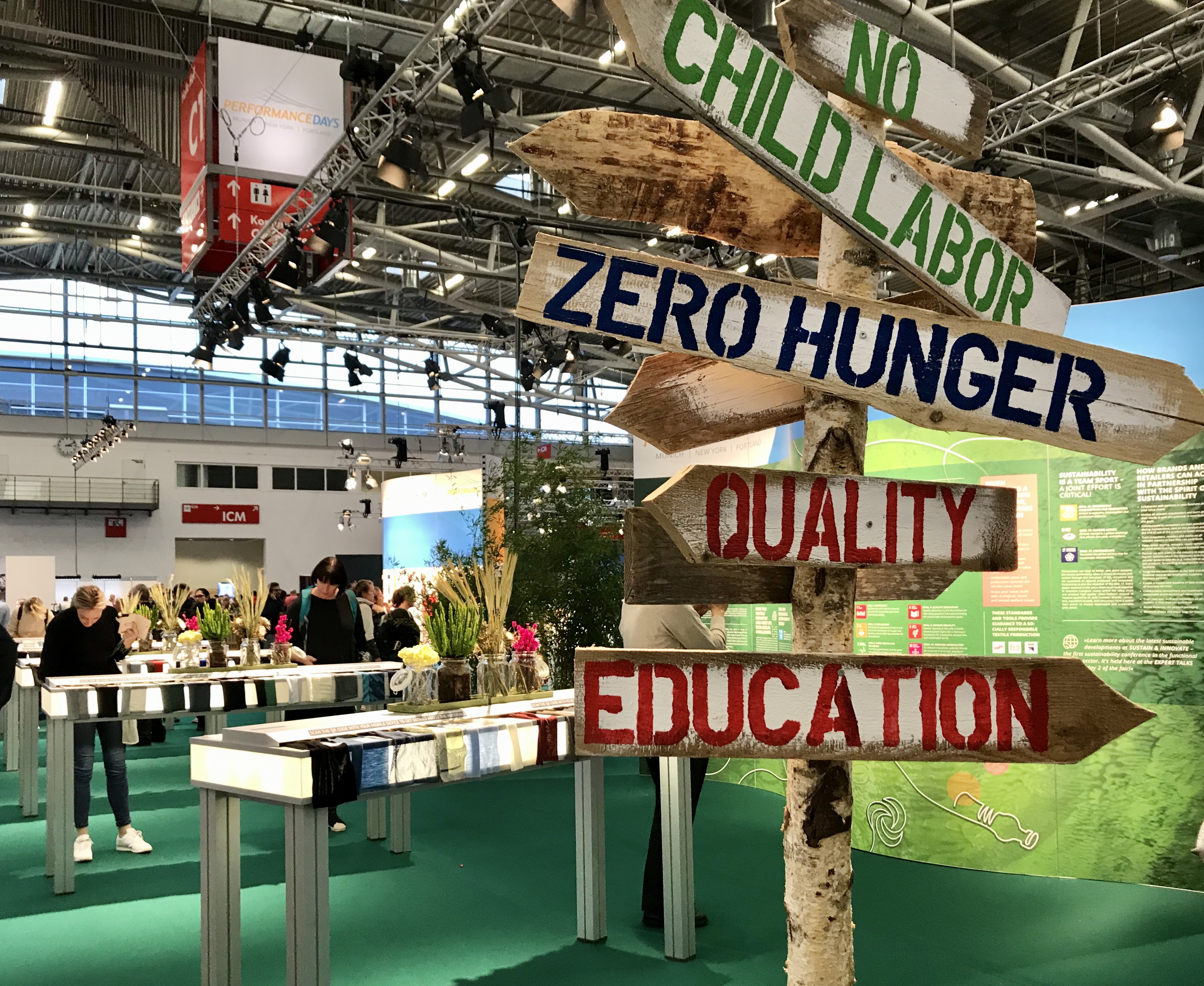 Trends from Performance Days: Nothing works without sustainability

Top trends of the Paris fairs and showrooms