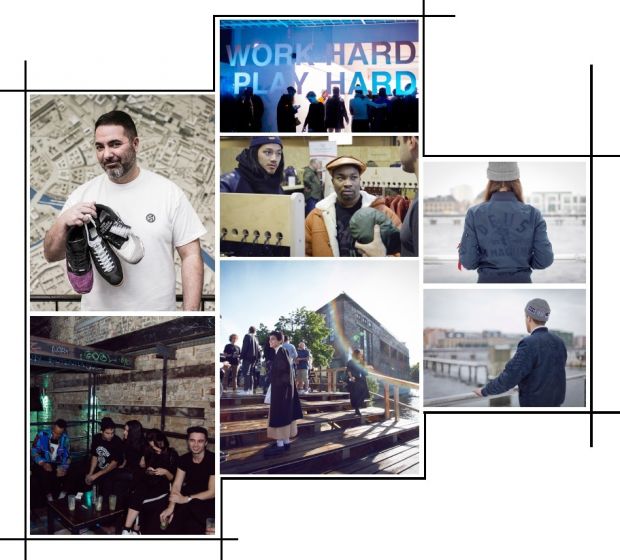 Berlin calling: What you have to know about the fashion shows

by Melanie Gropler — June 23, 2016
The countdown is on for next week's fashion trade shows in Berlin. Read here what you should know about the shows and fashion events taking place in the German capital.

After Show & Order has kicked off the show a day earlier in January, it will remain true to its calendar and start again a day earlier on Monday while Panorama, Bright, Premium, Seek and Green Showroom and The Selvedge Run Show will start on Tuesday. After its winter break, Skateboarding platform Shitfoot Mongoland Tradeshow is also back. Of course, the next week promises to be exciting and surprising: There will be a lot to see and many new collections and things to discover. 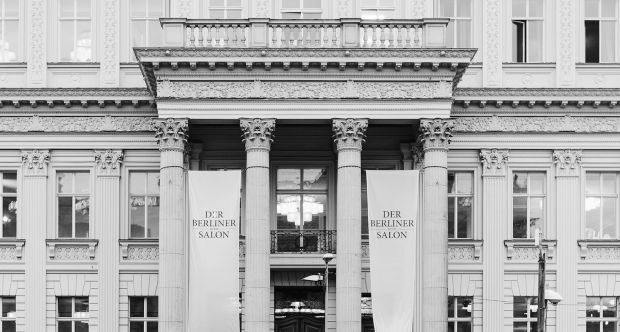 A total of eight German designer labels will present their spring/summer 2017 collections, which include: Hien Le René Storck, Malaikaraiss, Marina Hörmanseder, Augustin Teboul, Vladimir Karaleev and William Fan. The highlight of the show will be the curated group exhibition of more than 40 designers on Wednesday from 14:00 to 18:00. New additions are 22 / 4_Hommes_Femmes, Brachmann, Fields Fields presented by Mercedes-Benz and Unützer. 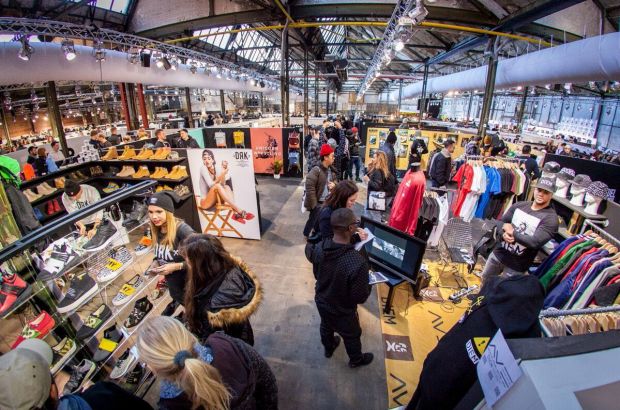 Since last year, Bright, trade show for streetwear and board sports, is under the hand of the Premium Group and once again the show will share the location Arena Berlin with fellow streetwear trade show Seek. Again in separated halls, both trade shows are working close together, due to their operator, forming the “hub of state-of-the-art-menswear and streetwear”.

On about 4,000 square meters, Bright offers a vast portfolio of streetwear brands including Vans, Levi's Skateboarding Collection, Converse, DC Shoes, Volcom, Nikita, Obey along with some pretty new labels. And of course you will also see some skateboarding action and party. 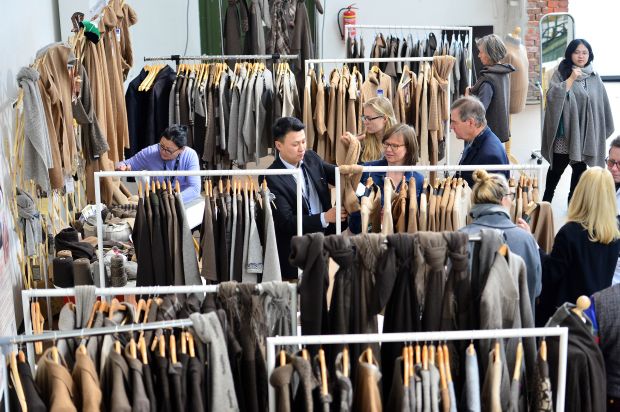 From 28 - 30 June 2016, the Greenshowroom and the Ethical Fashion Show Berlin International bring together the eco-fashion segment. On the upstairs grounds of Postbahnhof am Ostbahnhof the Greenshowroom will host several exhibitors, while the Ethical Fashion Show Berlin, which celebrates its 10th edition this summer, occupies the upper and ground floor. Among their sustainable fashion portfolio that also includes catwalk shows, a program of panel discussions and networking possibilities with experts in fashion, politics, film and television is offered. 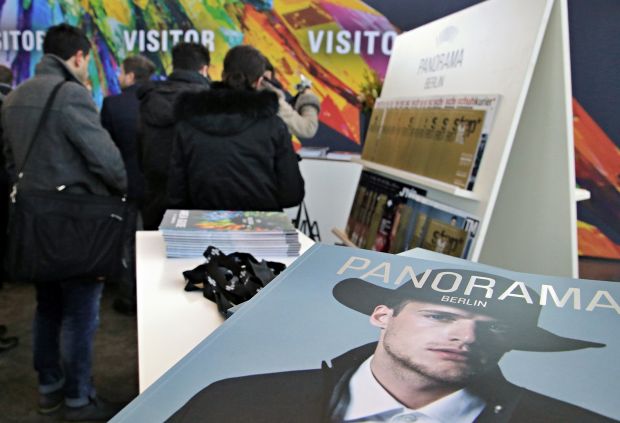 Panorama Berlin that recently moved to the Expo Center City Berlin will show a lot of novelties for visitors this summer. Running June, 28-30 the tradeshow that welcomed more than 500 exhibitors and 50,000 visitors last winter will debut with MA!N, an entirely new concept that includes a menswear hall for the first time.

MA!N will occupy hall 2 on a space of 6,000 square meters with over 60 brands exhibiting their collections for the upcoming summer season. Next to clothing, MA!N will also host shoes and accessories as well as a selection of technical gadgets and innovative leisure products.

Also the Nova concept in hall 9, introduced last season, which follows the same business principle as international concept stores, by displaying a blend of men’s and women’s apparel collections together with a selection of beauty products, home accessories and tech-gadgets is part of the concept. 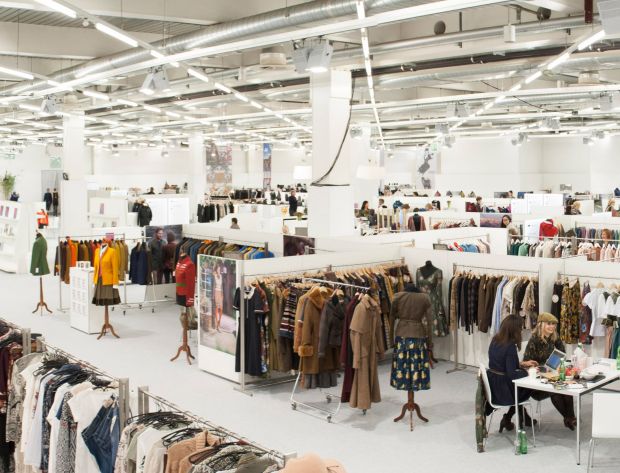 For this edition, Premium is giving visitors insights into South Korean culture and fashion thanks to [‘PƐ:PI] Studio, a brand new area within the show characterized by ungendered, progressive fashion proposals. Besides Korean brands, there will also be international ones inspired by the country’s lifestyle and pop-culture such as Kai Dunkel, Leitmotiv, Verena Schepperheyn, Sdod, Foy Paris and Pop Shoes, among others.

Altogether, 1,000 brands and around 1,800 collections will be shown at Premium, with 25% of the exhibitors being newcomers. In addition, the footwear and accessories segment will be bigger and completed by more jewelry and a beauty area.

Introduced only two seasons ago, the fair’s hall 2 will be activewear-dedicated again, featuring brands like O’Neill, Dresp –one of the lucky winners of Premium’s Young Designers Award– and Munda:rt, among others.

Right next to the show, the Kühlhaus will host again the #Fashiontech conference. 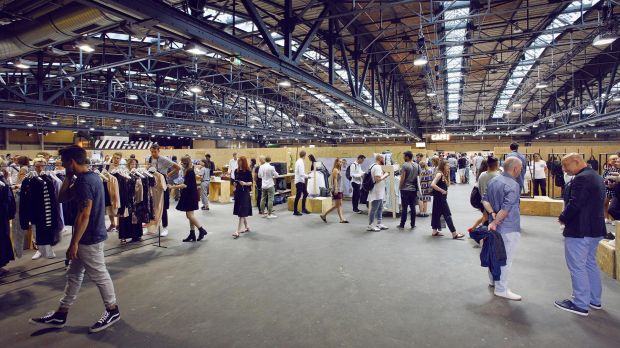 The show with the most democratic aesthetic approach in Berlin is back with around 280 brands from the streetwear and sportswear segments. Contemporary menswear remains the spotlight, but selected women’s collections, lifestyle products and tech-gadgets will also be on show. This edition, you can expect a deluge of Korean brands on the grounds: Used Future, Drink Beer Save Water, Tee Library, Art Of Scribble, Heidenei, Cactus Holic Maniac, Acea White and Vanvaart, among others.

In tune with the friendly environment that pervades the show, Seek is organizing a barbeque together with Patta from Amsterdam, 24Kilates from Barcelona and Asics. No more and no less than 200kg of chicken wings will be roasted.

Together with sneaker guru Hikmet Sugoer and Ebay, Seek organizes the Sneaker Spot once again, an online and offline marketplace where sneakerheads can buy and sell pieces from their personal collections. 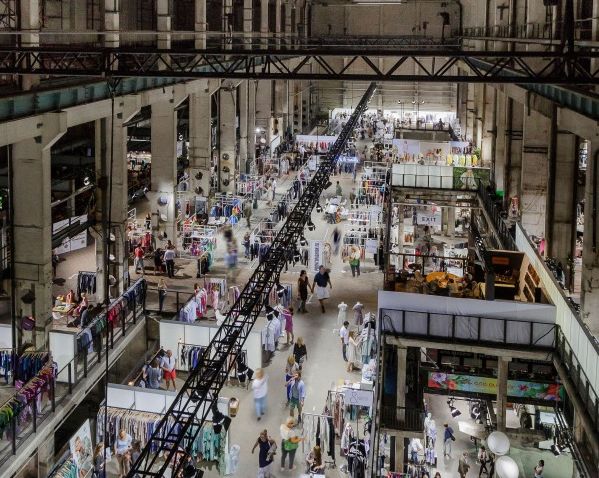 In January, Show & Oder kicked off the Berlin fashion circus a day earlier than the others. Also for June they will keep the same schedule and already start on Monday, June 27. Additionally, the fair will open up its doors at Kraftwerk Berlin Mitte for the public audience and invite fashion fans to get a first look at the newest collections. At the event that is taking place on 28 June, 2016, from 7pm-11pm, customers will also be able to purchase pieces of the collections as well as get a look behind the scenes of the fashion fair. Patron of the “Shopping Night by Show & Order” is internationally known blogger Farina Opoku of Nova Lana Love, who resonates well with young fashion fans. 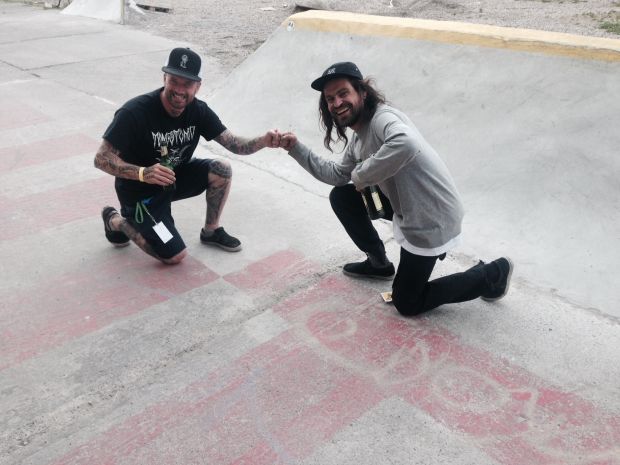 Back again: After a successful launch last year and a short winter break the skateboarding action fair Shitfoot Mongoland will open its doors from June, 28-30. Again in Berlin at Urban Spree at Revalerstraße 99, the show will give home to independent skateboard companies, independent distributors, retailers and press. Visitors will find a wide selection of European skateboard companies, fellows of the independent press and art all over the shop. The motto:

Still no energy drinks sponsorship, still broke, still winging it. We’re still sticking to our guns: doing something for skater-owned, right-minded people who are putting their blood sweat and tears into the thing they love. 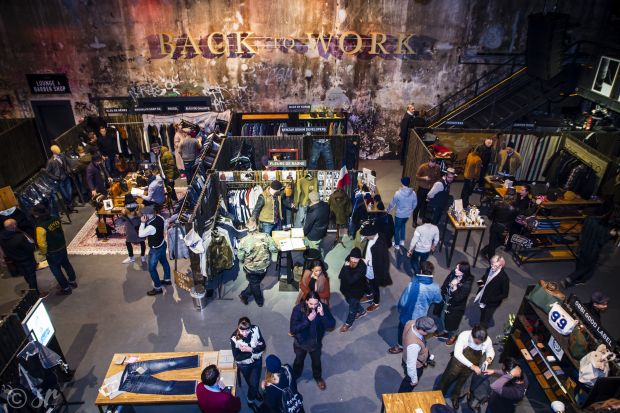 Next week, Selvedge Run goes into its third edition. Again taking place at Kulturbrauerei Berlin, the fair will host a vast spectrum of “brands with character”, as they call their choice of exhibitors, displaying menswear, shoes and accessories. To be able to exhibit at the trade show, brands have to meet at least one of the three criteria Selvedge Run has developed, including a strong brand history, longevity instead of a fast fashion approach and a passion for manufacturing. Brands that will be showing their collections at the unique fair includeFilson, Merz b. Schwanen, Red Wing Heritage, Private White V.C., Tricker's and Studio D'Artisan.