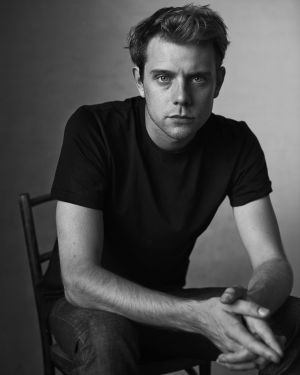 J.W. Anderson will be Pitti Uomo's Special Guest in June 2017

On Wednesday 14 June, J.W. Anderson will present his s/s 2018 collection for the first time in Florence, Italy, within Pitti Uomo’s June 2017 edition.

“For some seasons we have been following Jonathan Anderson’s professional development," commented Lapo Cianchi, communication and event director of Pitti Immagine. "We were mostly attracted by the creativity and eclecticism of his collections, also made precious by a high manufacturing quality and tailor made abilities. We have found it very interesting how he reinterpreted youth culture materials and contemporary art scene elements and his desire to be constantly projected toward the future, and also by the impressive communication capacity of his shows."

“I feel honored for this invitation to present my catwalk show within Pitti Uomo," commented designer Jonathan Anderson. "Florence and its extraordinary beauty will be a unique scenery for my show”.

Thirty-two-year-old Jonathan Anderson was born in Northern Ireland and launched J.W. Anderson in 2008. After he showed the first collection of accessories that were critically and commercially acclaimed, J.W. Anderson quickly became known as one of London’s most innovative labels.

The first capsule collection for women came in 2010. Ever since, the brand has shown at London Fashion Week, reaping great success worldwide.

In the United States his collections are carried by Barneys, Opening Ceremony, Dover Street Market and Jeffrey, among others; in Europe by Dover Street Market, Selfridges, Le Bon Marché and Printemps; in Asia by Joyce, Isetan, 10 Corso Como, and by the Net-a-Porter, Moda Operandi, Matches and Mr Porter e-shops.

J.W. Anderson has also become internationally recognized thanks to a series of prestigious awards such as, for instance, the British Fashion Awards “Emerging Talent Award – Ready-to-Wear" (2012), “The New Establishment Award” (2013) and “Menswear Designer of the Year” (2014). In 2015, he received the British Fashion Awards for “Menswear” and “Womenswear Designer of the Year” – the first time a single designer won the prize in both categories.

In 2013, the LVMH Fashion Group acquired a stake in J.W. Anderson, supporting the brand’s growth. Soon after, Mr. Anderson was appointed as creative director of Loewe (the Madrid-based LVMH luxury brand) where he immediately reinvented the brand's creative codes.