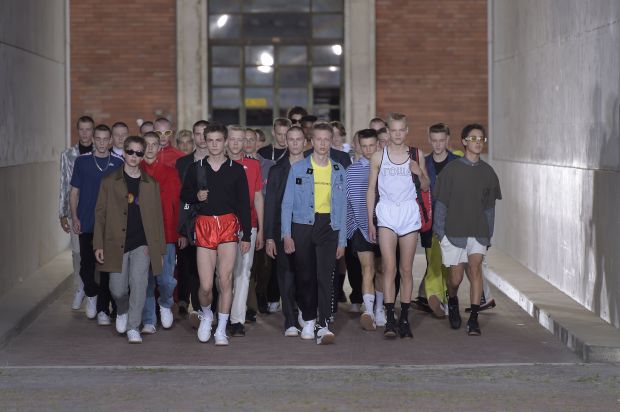 Pitti Uomo kicked off its 90th edition successfully on 14 June in Florence, at Fortezza da Basso. Halls, booths and corridors were crowded and exhibitors were satisfied with the number and quality of buyers from US, Japan, Europe and rest of the world.

While disclosing novelties for s/s 2017, the show celebrated its 90th anniversary with cool initiatives including an exhibit dedicated to Karl Lagerfeld’s pictures –that Kaiser Karl deserted– at Palazzo Pitti. Also most expected were show-events by Gosha Rubchinskiy who reinterpreted renowned sports apparel brands from the ‘80s such as Sergio Tacchini and Kappa, under special agreements. Visvim played with the idea of uniforms and Fasto Puglisi pushed his fashion ahead with bold designs and inspiration à-la-Versace.

Great emphasis for the season appears to be on denim reinterpreted as a modern form of art, playing with a ‘90s revival, a comeback of punk and Caribbean-beach inspiration together with environmental sensitiveness, new sneaker capsules and new technical development. 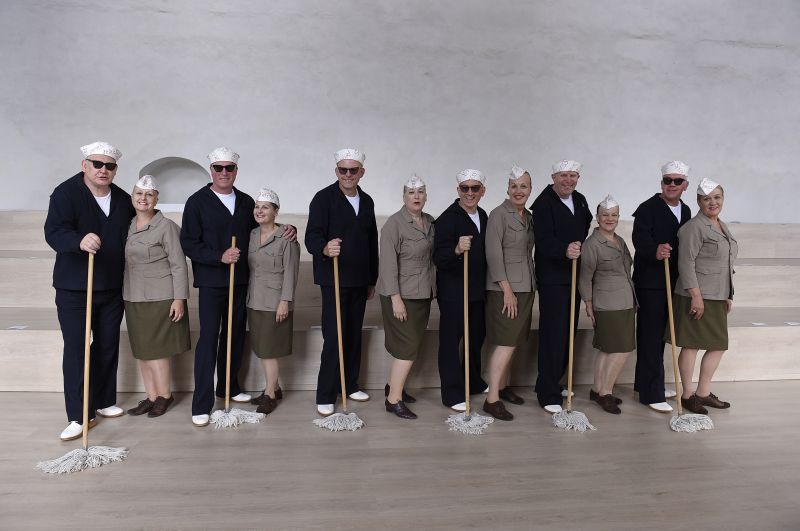 Art collabs and punk for the future of denim

Jeanswear continues to be a protagonist of men’s wardrobes. Among trends charactering s/s 2017 there will be a return to punk (while celebrating the 40th anniversary since the birth of the punk movement). Main characteristics will be a return to black denims, torn-out and heavily aged pieces and punk-imagery as seen in many collections including Meltin’Pot, Prince Tees and Happiness.

Art and fashion continue to give life to interesting new collaborations and unique partnerships. 2M2W, 100% made in Italy jeans brand by Compagnia del Denim, presented its newest collection employing Made in Japan denims for jeans available in different fits such as, for instance, slim, baggy, cropped, skinny, boyfriend, flare and slouchy. They also launched a collaboration with Rabi Diop, African artist who produced the Blue Tiger sculpture made with precious wood and covered with most different denim pieces and jeans elements.

Meltin’Pot presented a live customization laboratory of their own jeans. Rifle involved photographer Giovanni Gastel. He shot Rifle jeans and recreated modern iconic Italian art masterpieces including those of Alberto Burri, Lucio Fontana, Michelangelo Pistoletto and Piero Manzoni. Roy Rogers presented its second collaboration collection with Scott Schuman, its Souvenir Jacket, an embroidered jacket inspired by a ‘70s archive jacket and launched RR’s, a special collection available in 8-washes that can be customized according to a customer’s taste with different back leather labels, sewing yarns, inner pocket linings and other details. 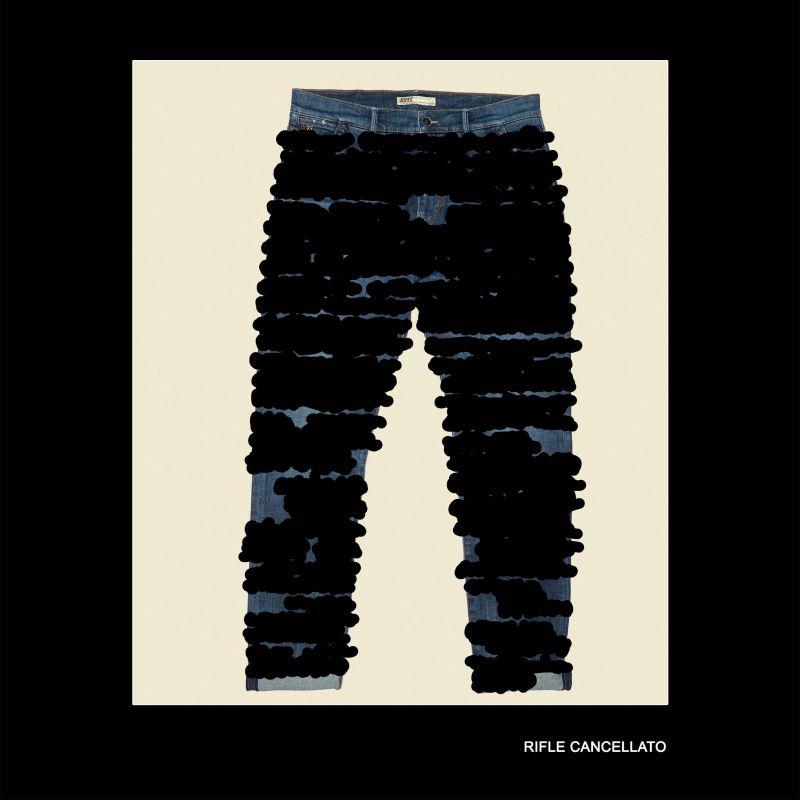 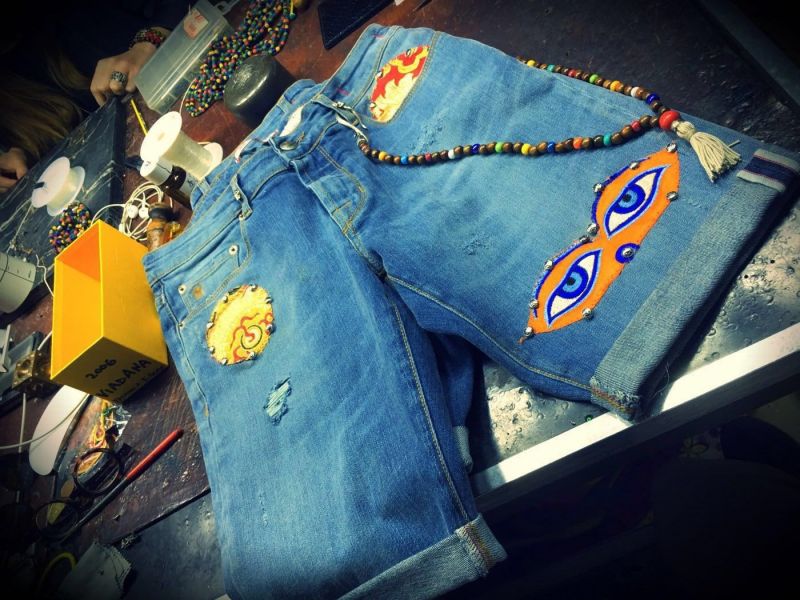 Photo: Atelier Noterman
Atelier Noterman by Marco Cantini limited edition jeans.
Among debuts for the season there is the relaunch of Tela Genova, an old jeans brand now taken under the umbrella of the Caucci family, long time jeans insiders. Also new is the Liu Jo jeans for men, as part of its licensing agreement signed with Co.Ca.Ma, already managing the brand’s men collection. They launched a selection of selvedge jeans for men within an event held in Florence. As part the denim hype, Isko, top denim player, participated in Pitti Uomo for the first time hosting the panel discussion “The Future of Denim”. They also hosted a creative path that presented their educational project Isko Iskool and some denim outfits of their past editions winners’. 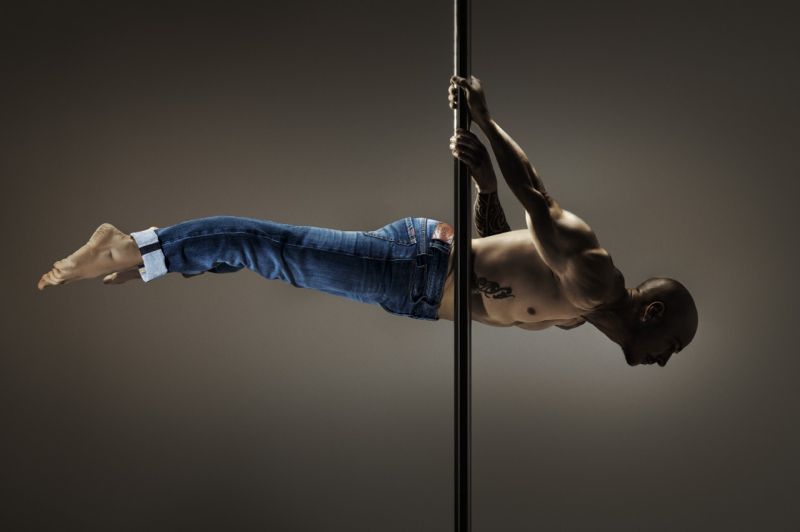 Sneakers are another must have for the season to come – either in new and technological variants or revamping their previous, most successful styles. Among debuting brands there are Pony, US historical brand, now getting back to Europe with a wide selection of trendy models, and MOA, whose name stands for Master of Arts. MOA launched a special edition designed by street artist Mr. Thoms adding, for instance, Mickey Mouse decors.

Among re-editions there are Lotto Leggenda, relaunching own archive models or Superga, that revamped a cotton model worn by Italian tennis champion Adriano Panatta. Diadora revamped its historical models for the Diadora Heritage selection with new leathers, colors and material mixes.

Lumberjack, while collaborating with IED students on a project focused on the idea of what the weekend brings back to their mind, have elaborated two new sole technologies and six new models (three per each sole) – one has a high shock-absorption power, while the other has a special design with a strong grip power. 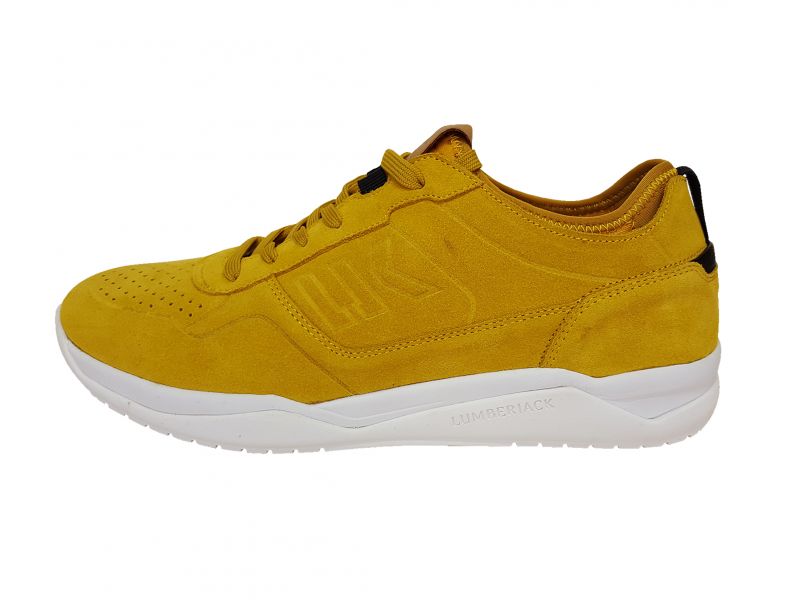 A new development – and an evolution for footwear - was developed by Rocco P., who created a new sneaker that has its uppers made with a material similar to functional knitwear carrying decor motives that remind of a moccasin.

Invicta and Blauer launched their first line of sneakers on the show.

Geox is enlarging the offer of its newborn ecofriendly sneaker for men, Newdo, by adding new variants and a line of outer jackets. This sneaker is designed according to essential lines and a limited number of components in order to reduce costs in manufacturing and product construction and features soles made with a vegetal and 100% recyclable material extracted from the Hevea tree. For this edition they also launched a series of protective jackets made with BCI cotton and dyed with vegetal dyes.

Brazilian brand Veja presented its sneakers made with fair trade organic cotton uppers and Amazonian rubber tree soles. Le Coq Sportif has already started including a series of pieces made with natural fibers only in its functional activewear product selection. Their goal is to offer only functional pieces that are mostly made with natural materials since they consider their performance at the same level - if not superior - to polyester and synthetic fibers. 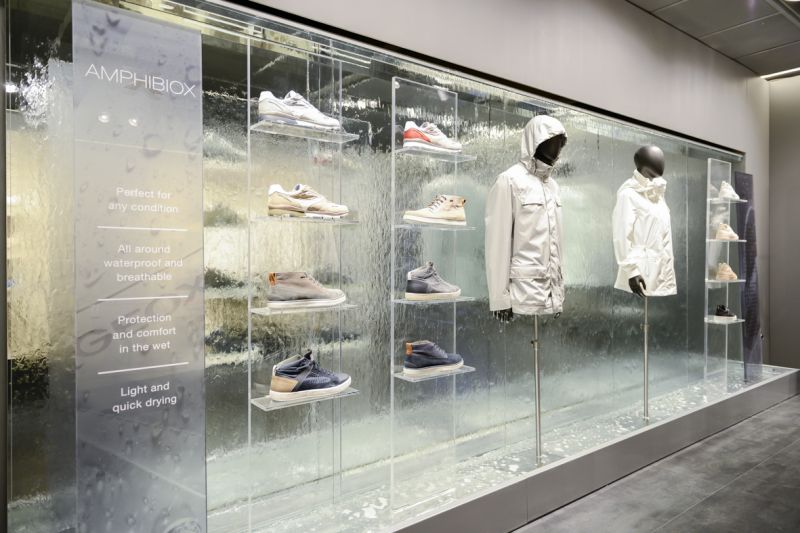 Sportswear pieces and outer jackets will be characterized always more by technological materials. Barbour launched a new summer wax coat which is weather proof though lighter weight and has no oily touch, differently from the traditional Barbour jackets. Baracuta, redesigned by the Pungetti and Harvey designer duo, went back to the brand’s own origins in rainwear and brought back some functional details like water protective elements as well as introduced thermo-sealing and new functionality to raincoats and jackets. Woolrich launched GTX Mountain Jacket, a water-repellent breathable jacket, thanks to a Gore-Tex membrane that has 2 billion pores per each square centimeter, and therefore protects from rain but leads body dampness away from skin.

Herno launched its new Thermostretch down jackets made of soft seamless bi-stretch jersey on the outer side of the garment and soft, warm and ultrathin stretch inner padding for great movement comfort and warm protection. Invicta launched jackets made with golden and silver rip-stop fabrics lined with printed mesh material.