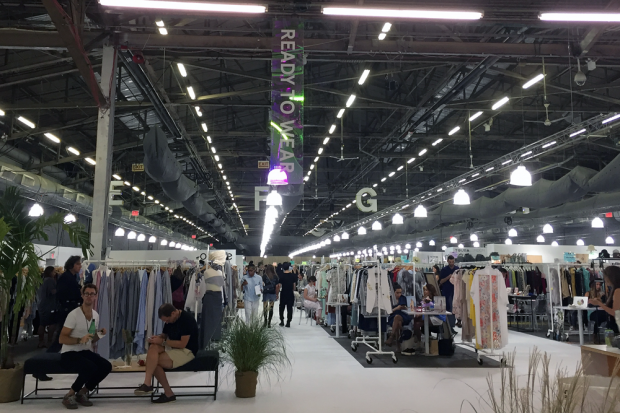 Keeping up with its reputation as a spirited and resilient city, New York has just closed the doors on six major international fashion trade shows which across one weekend, brought into this city thousands of exhibitors from all over the world. Not even the bombing on September 17 has deterred New Yorkers, visitors, buyers and exhibitors to attend these important appointments on the fashion calendar. For 2017, the emphasis is on understated elegance, comfortable, practical garments, at times with an androgynous appeal, that can be layered and worn in many different ways. In case you've missed some of the shows, here is a recap on Woman, D&A New York, Capsule, Axis and Tranoï. 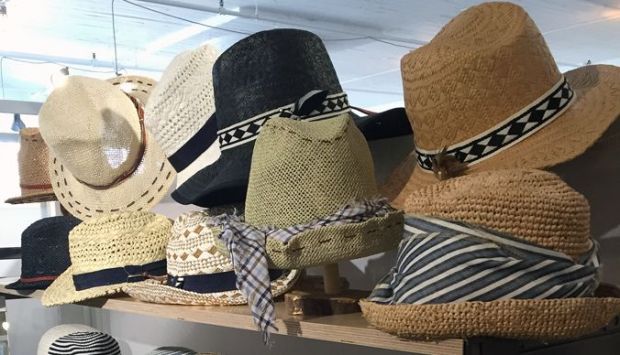 Hosted in the spacious Pier 94 in the shadow of the towering cruise ships anchored next to it, the Capsule show, which this year incorporated also the Axis Show, featured more than 750 exhibitors ranging from global brands such as Levi's to emerging designers. Deirdre Maloney founder of the show said to SI "This year we had more than 150 new exhibitors which really helped to further cement Capsule as a place to discover newness. In addition to Beauty and Axis, other categories with great feedback include resort, where buyers were especially excited to see our wide offering of swim and resort ready clothes, and we repeatedly heard that our jewelry assortment was more elevated than ever."

Among the new silhouettes emerging on the market for the Spring Summer 2017, one of the most popular was the samurai look. All over the shows, we have spotted several variations of the squared kimono top as jacket or shirt, often paired with another hot item for the SS17 season: the wide legged pants gathered at the waist with pleating or drawstring. 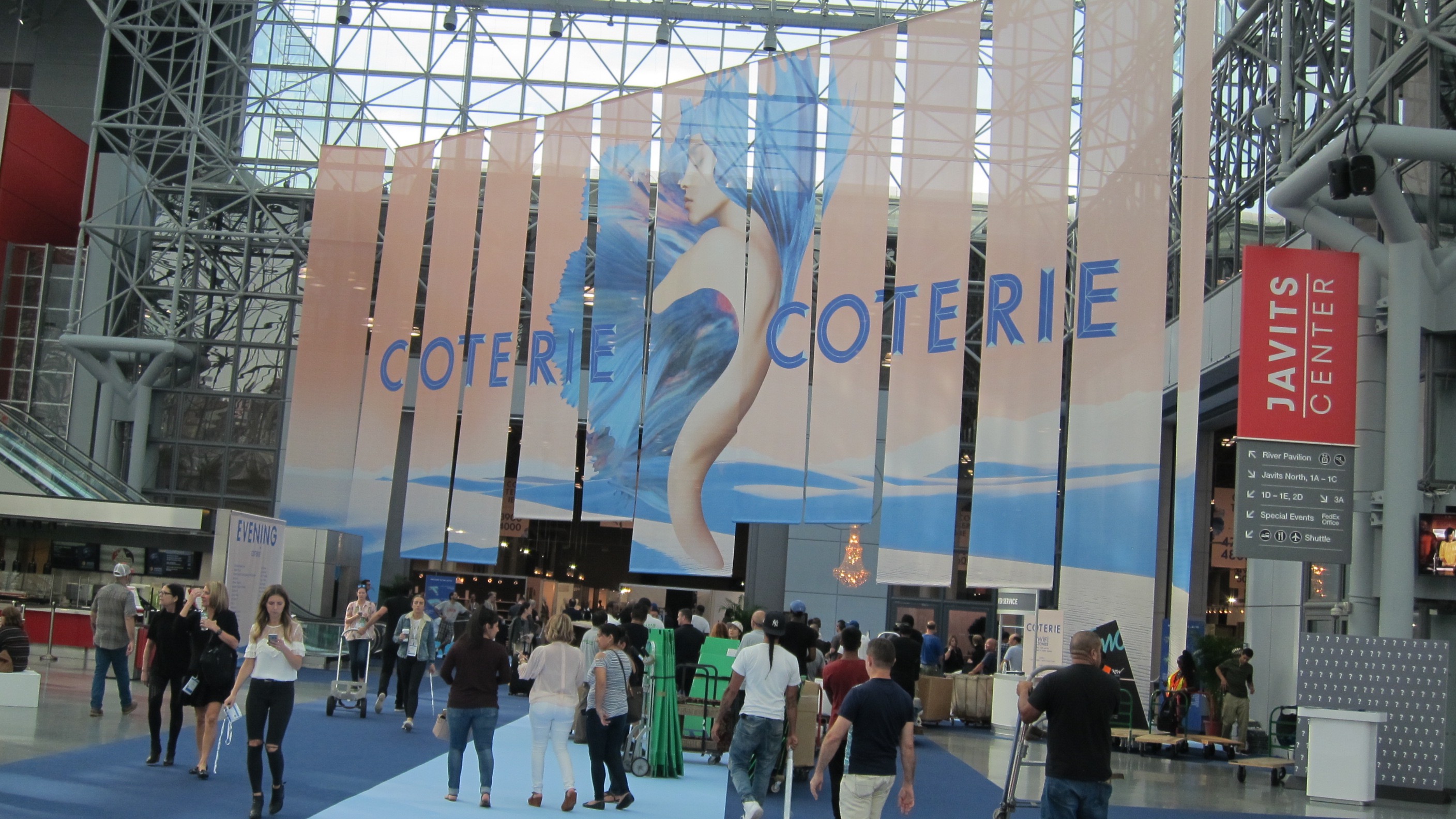 Highlights we spotted at the Coterie in New York 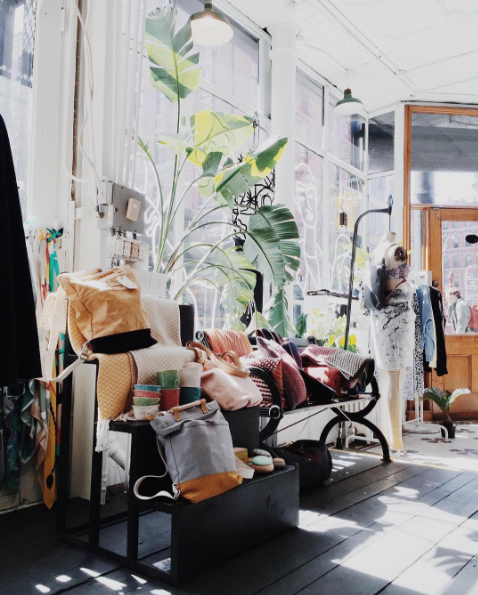 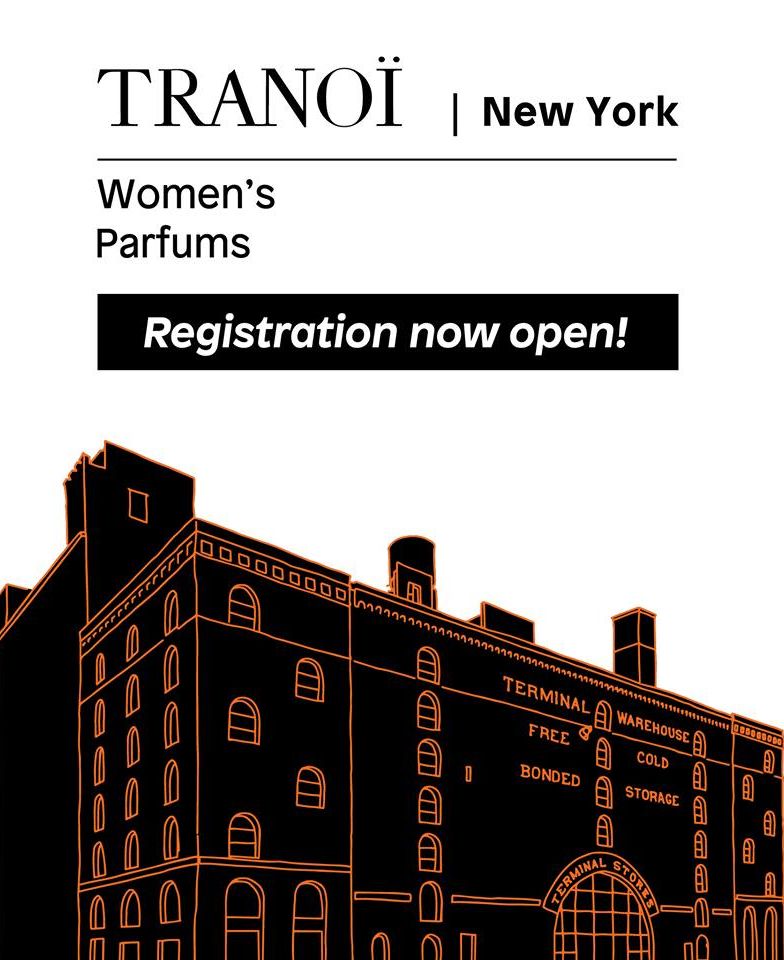 2017 is also shaping up as a year in which some of the trends foretasted in 2016 will come into full bloom, acquiring a new, more refined esthetic. Oversized shirts and shirtdresses, overalls, jumpsuits and rompers are still going strong, as well as boxy tops and crop tops will continue to be fashion favorites.

Among the women's RTW segment Anissa Aida drew attention for its artfully deconstructed garments. Thanks to her clever mix of patterns and fabrics, which combines multicultural references in sophisticated looks, this Tunisian French designer was recently included in the London Fashion Week shows among the winners of the "Ones To Watch" award. 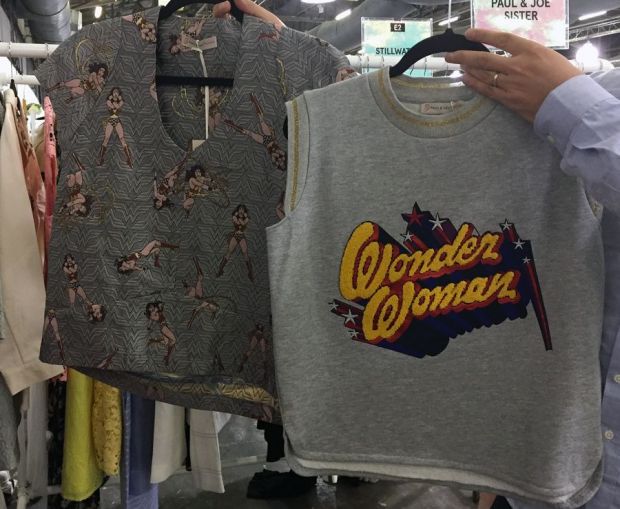 Boxed tops with amazing puffed sleeves also highlighted the skillful construction of the garments by Romanian-born designer Camelia Skikos. Based in San Francisco where she moved as Levi's head designer in 2003 and now collaborates with Google's Project Jacquard for wearable tech, Skikos' esthetic approach is minimalist with sharper contrasts and high-tech fabrics. 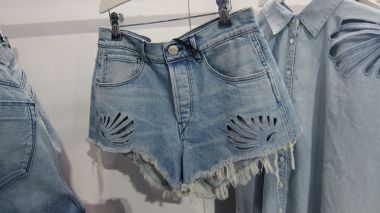 Coterie Highlights: What You May Have Missed in NY

Spring it's the season of rain, and Feller raincoats are set to bring a much-needed breath of fresh air to the weatherproof apparel industry, thanks to the creative pattern designs of their eco-friendly waxed cotton outerwear.

Moving into the summer, the gypsetter trend is still very much happening, and in this regard Laura Siegel's ethically-produced line definitely stood out at Capsule. Not only she is right on trend with the wide Japanese fishermen pants and several prints inspired by Japanese traditional kimono designs, but also her ability to blend cultural references from all over Asia in a cohesive and refined collection is nothing short of stunning. 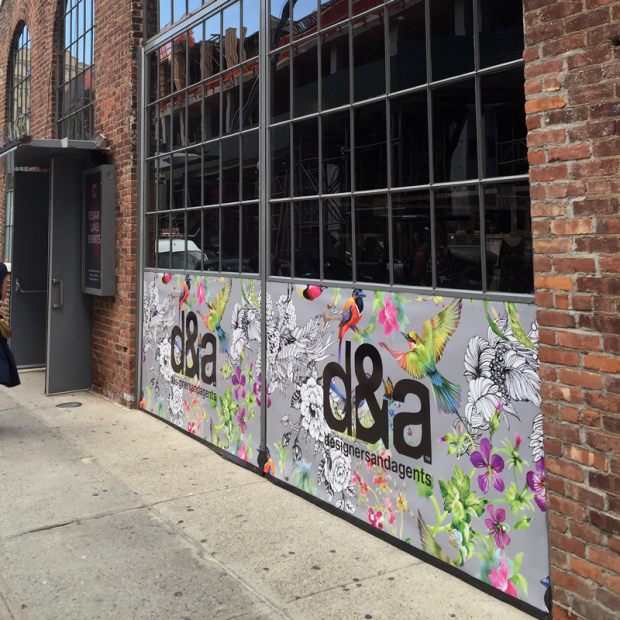 Although scattered on two locations and 5 studios along Chelsea's 26th street, D&A was, as always, a very intense and lively show to attend. The emphasis of the show was split between sustainable ethical fashion, highlighted with D&A Green Leaf and the D&A Green Market, and D&A: Made in NY Collective, which together with the NYC Economic Development Corporation invited 12 talented local designers to the show.

The most evident trends here were the predominance of indigo as the main color of the season and the focus on print patterns, textures and embroidery motifs mostly, but not exclusively, from Asia and especially Japan. With ethical fashion, and its fair trade practices, on the rise, brands are increasingly reassessing the value of traditional local manufacturing processes and low impact technologies. Of course cotton and linen are the season's protagonists, however they will be rarely seen in their plain versions. Crinkled, hand-loomed, hand weaved, garment-dyed, the particular fabrics developed over decades, if not centuries, by local mills and artisans are being re-discovered and deconstructed by contemporary designers. 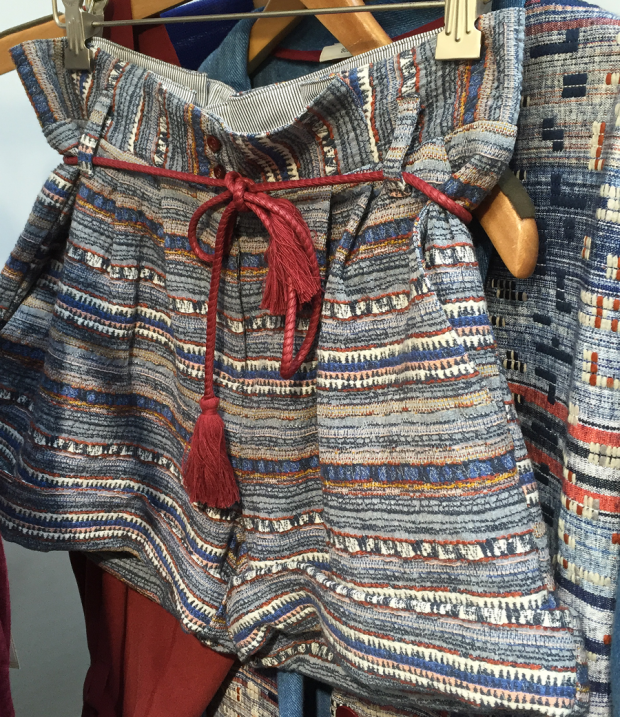 At D&A, Humanoid was the brand that best articulated the mood of the SS17 with a collection that brings together the natural feel of the outdoors and deceptively simple basics. The line of this Dutch designer collective focuses on the layering of a wide range of textures, from coarse hand loomed linen to glazed suede and silk, to bring to life a relaxed and yet very sophisticated look.

With the sixth sense that only a veteran of Italian fashion such as Maurizio Pellegrini can have, BSBEE featured with prominence a variety of indigo dyed shirts, scarves and pants perfectly aligned with the California and Pacific esthetic that characterized the brand since its launch in 2000. 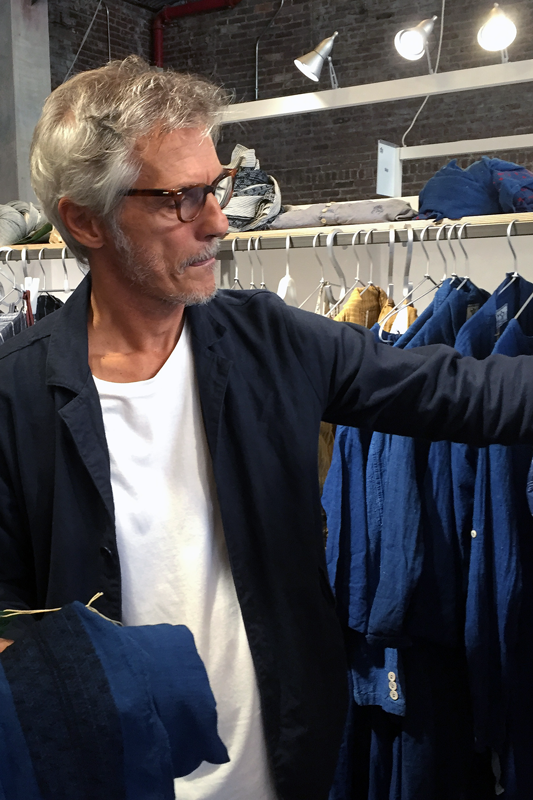 Between the very talented NY designers featured at D&A, two in particular caught the mood of the season. Sam Church presented a well-researched collection consisting of monochromatic, garment-dyed pieces built to make the most of the stretch cotton crepe exclusively developed in Italy. 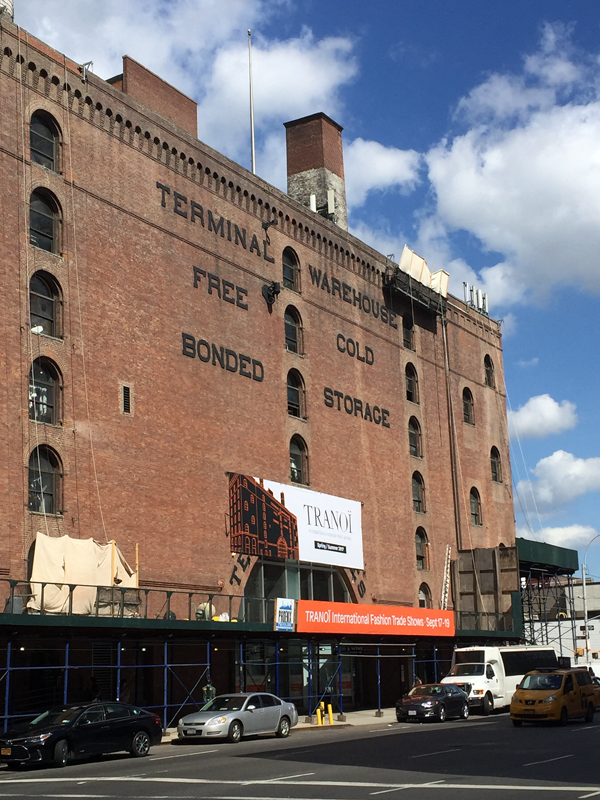 Tranoi was undoubtedly the coziest show of them all, with a very curated line up of international luxury exhibitors including accessories and, for the first time in New York, fragrances.

Just a few steps into the show, Japanese brand Vlas Blomme was celebrating its 10th year with a collection inspired to a country wedding. The focus is on layering and oversized silhouettes that emphasize their trademark Konrtrijk linen.

A few booths down was Drifter, an LA made brand whose androgynous SS17 collection looked across the ocean for inspiration from Asian workwear fabrics and shapes. Their flowered denim wide pants perfectly summed up this particular cultural mix. 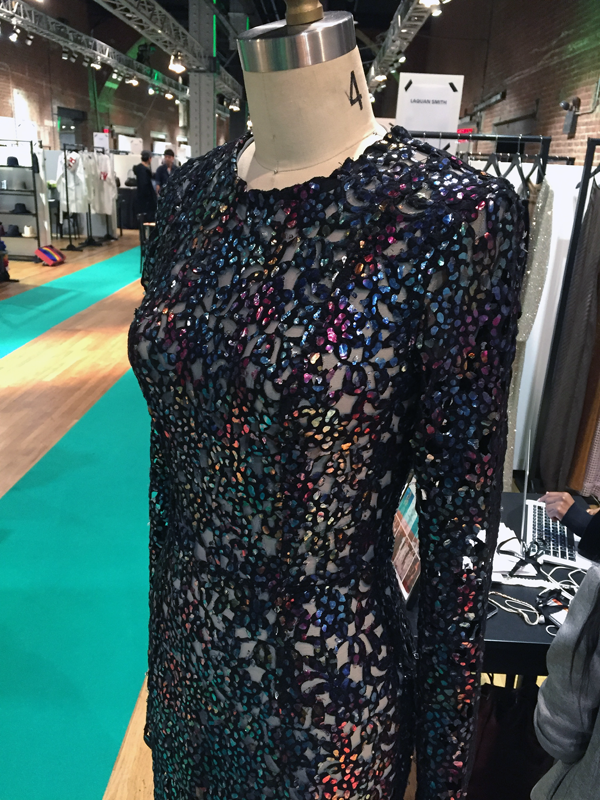 Up and coming NY designer LaQuan Smith was off the chorus of relaxed elegance with a collection inspired by electric storms. His unapologetic sexy line relies on traditional silhouettes and high tech luxury fabrics to please a client list that already includes Kim Kardashian and Beyonce.

The New York shows are always an excellent observatory for denim and the line by Shaft for SS2017 perfectly sums them up, with some added Italian flamboyance: vintage inspired high waist jeans, raw fringed edges, colorful patches and a plethora of appliques: from stones and leather to feathers and metallic grommets. 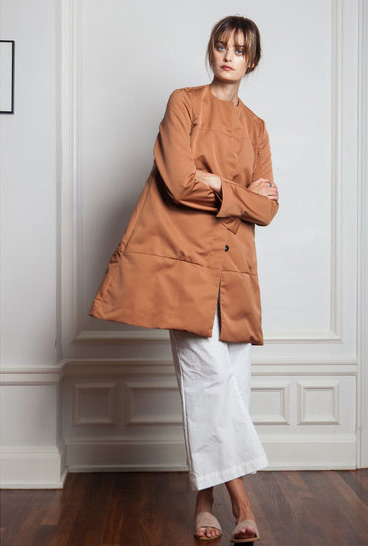 Held in the luminous space of Industria studios in the West Village, the Woman show featured a well-curated mix of emerging designers and established international brands.

Todd Snyder introduced his sportswear line for women created in collaboration with Champion, where he managed to translate the brand's American classic heritage into contemporary sporty sex appeal. 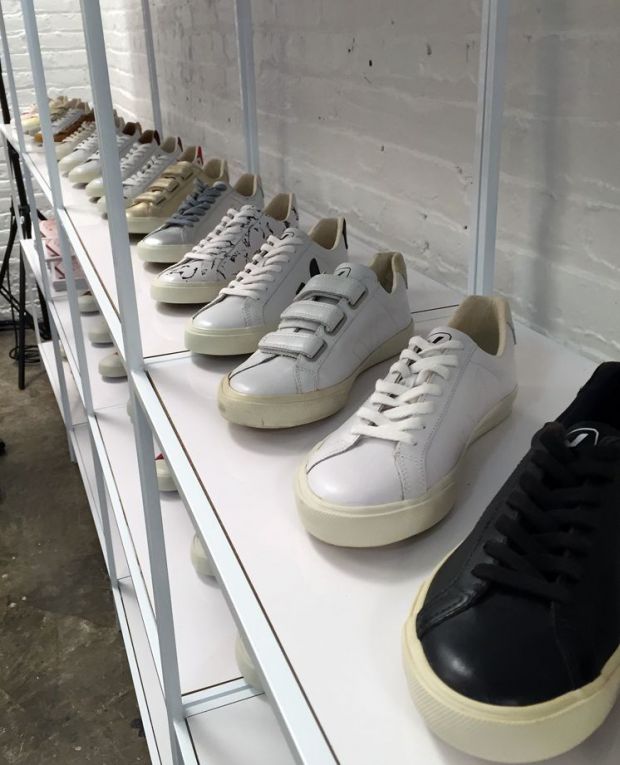 Veja, the French eco-friendly sneaker manufacturer was also present at the show. After only five years from their launch, the growth their collection into a variety of styles and materials, including metallic fish skin, mesh from recycled bottles and organic canvas, already positions them as serious players in the competitive fashion sneakers segment.

Among the emerging designers, NY-based Shosh best interpreted the eco-chic mood of the season. Their signature look for SS17 combines an exaggerated A-line jacket made with high tech fiber from recycled bottles, with elegant wide Belgian linen bottoms.