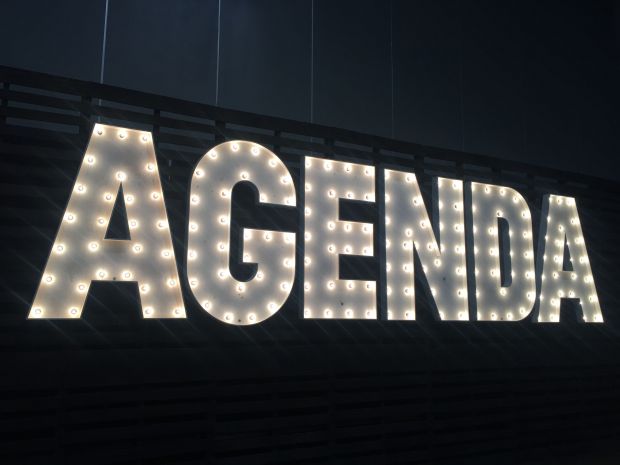 What you have missed at Las Vegas shows

Liberty Fairs, Agenda and Capsule kicked off the Vegas shows at the Venetian’s Sands Expo Center with new show layouts, new brands and plenty of fresh product. Capsule and Agenda, which ran February 20 to 22 in conjunction with Liberty, moved into a new space to provide a more cohesive show layout. Liberty, which contained 450 booths and approximately 525 brands, used the opportunity to relocate its show entrance and reorganize its show floor to facilitate visitor traffic. The front portion of the show was reformatted to include contemporary and heritage brands; the ‘Quest’ area in the middle of the floor showcased large multi-brand showrooms; and streetwear brands were concentrated in the back of the show close to Agenda. In addition, a new area called Alt-Terrain was created near the entrance to Capsule to accommodate high-end outerwear and outdoor gear for both the city and the mountain. 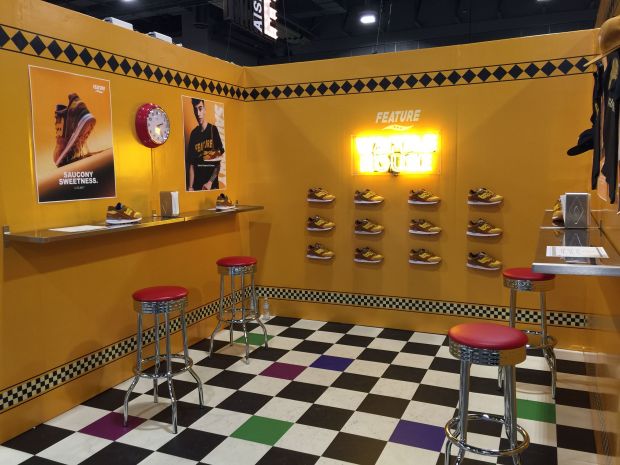 “Energy-wise I think it’s been really great, it’s been consistent,” said Liberty Fairs Co-Founder Stephanie Seeley, who walked the show and found every corner buzzing. “[That] means that we’ve done it right because people have found where they need to be and they’re staying rather than just walking aisles to try to figure out where they’re supposed to be,” she explained. In addition to fashion, there was plenty to take in at the show including Liberty’s blogger studios and an installation created in partnership with Levi’s and Schott NYC, which featured denim and leather jackets decorated by artists from around the world which were auctioned for charity. 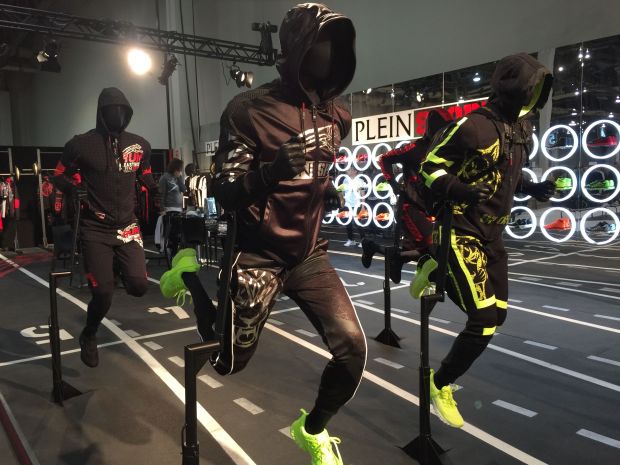 “I feel like there’s a lot of high quality product out there and I’ve seen a cross between streetwear and tailored clothing,” said Seeley who added that a lot of high-level brands can sit in both of those markets right now. She also added that brands are using higher-end materials to update their collections. “People are paying attention to details,” said Seeley. “People are pushing it where they can and right now, that’s fabric,” she said. “People know what’s fitting, they know what’s selling, so now I think they’re trying to reinvent it with fabrics so that they can continue to push their customer forward.” 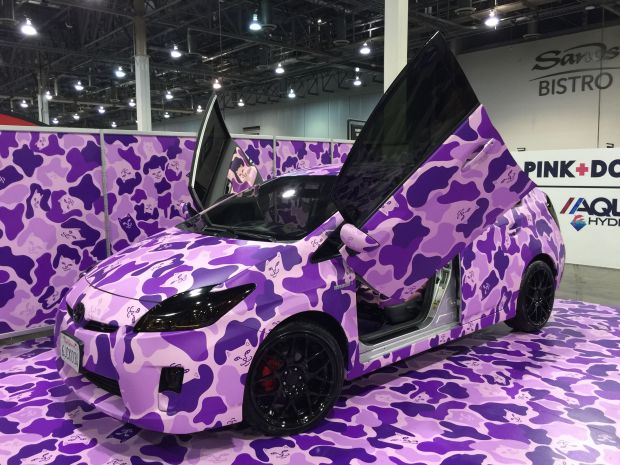 While denim styles stayed consistent with seasons past – skinny, straight, distressed, painted and cropped - designers upped the anty with advanced fabrications including stretch-denim, denim fleece, and wicking capabilities. “I feel like people now want a lot of comfort, so the relaxed look has been in, but denim is always and will always remain a staple piece for people,” said Liberty Fairs Co-Founder Sharifa Murdock.

As for retail, the season started off with a great bang according to Seeley. “Our New York show was up, attendance was up, which was nice to see,” she explained. The Vegas show she said also had strong attendance and she noted it’s important for retailers to continue to offer fashion forward product. “I think retailers who got scared and went safe, that was a big mistake and they’re probably hurting. But retailers who stayed true to their vision and were pushing the boundaries and still introducing their customer to new product and new brands are probably doing well,” Seeley said.

Agenda continued its focus on the men’s streetwear market, but the show had a fresh energy in its new location alongside Capsule, which made the shows more cohesive. “It’s just easier to navigate,” said Agenda Founder Aaron Levant, who added the layout was working out well. “People can pass through easier and understand the landscape,” he said. Overall the space was bigger, but included approximately the same amount of brands. Agenda’s Enclave area was a focal point featuring large scale artistic installations and emerging brands such as Carrots By Anwar Carrots, which is getting a lot of traction in the streetwear market. 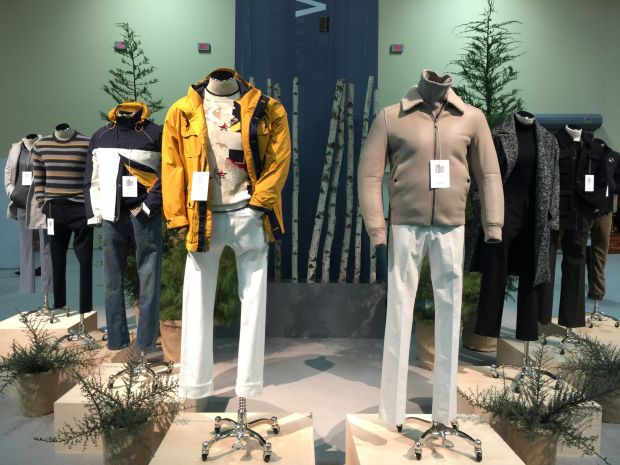 Capsule seemed to be smaller, but continued its focus on directional brands as well as denim and activewear collections including Akai Ito, Chapter, ADBD, Manta Ops, Crap Eyewear, WeDú by Coréon Dú and women’s activewear line Year of Ours.

While street is trending in fashion- especially on the catwalk - Levant was frank about the state of the market. “There is a lot of negative news out there and it’s real,” he said explaining that the Amazon-effect, direct to consumer and web-based retailing from brands are continuing to take a toll on brick and mortar. Consumers he said are going to pop-up shops or direct to online stores for their favorite brands as well as to select stores for sneakers. “Another thing that’s been getting a lot people off their ass and into stores is this vintage streetwear, kind of heritage, retro sportswear movement that is happening,” he said. “I’ve seen a lot of retailers who attend Agenda opening vintage sections in their stores. I see that as really a big thing coming on,” he added. “That’s definitely happening at scale I’m starting to notice. And we’re starting to incorporate that into the show as unorthodox as that is, “ Levant said. Although retail is down, Levant noted that in general there is a lot of energy around streetwear. “Right now the energy [is] across not just core street, but fashion. Street is owning the fashion world,” he said. Think Marc Jacobs recent NYFW show and the Supreme X Louis Vuitton collab which just debuted. “The energy around street is at an all time high,” said Levant. “Now where they’re buying those things and where it’s coming from is changing for sure,” he added. 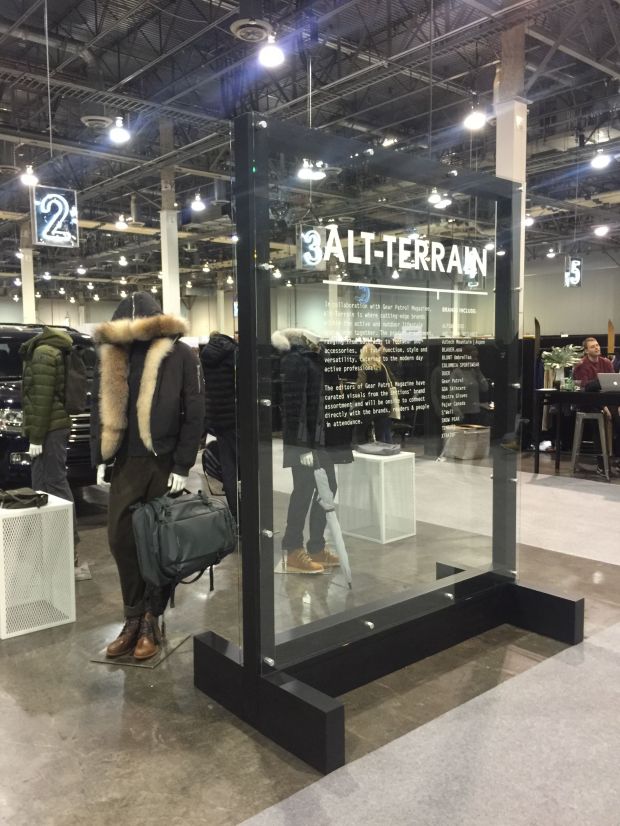 UBM, owner of MAGIC Marketplace and PROJECT, kicked off its menswear shows The Collective, The Tents, Project and Pooltradeshow February 21 to 23 at the Mandalay Bay Convention Center. Anchored by denim brands Paige, Hudson, Levi’s, AG, Joe’s Jeans and Mavi, there was a full range of denim and menswear offerings. Overall, Project was about the same size as last season according to Erik Ulin, UBM President of Men’s. “It’s holding its own and it’s something for us to work on the integration of everything and working on the neighborhoods and making it a home for our [brands],” he said. This season the show worked on refining its layout rolling recently acquired BJI Fashion Group show MRket into the Project show floor. “We took the decision to fold those brands into the show where they merchandise logically,” said Ulin. “So we’ve been working a lot with the merchandising of the show, to continue to make it more accessible and easier to navigate.”  In addition, Project continued its PIVOT initiative with more seminars and an area dedicated to tech companies that are focusing on fashion including everything from design and production to retail and e-Commerce.

Pooltradeshow, held adjacent to Project, continued to focus on emerging brands and Ulin noted that the show will make its New York debut in May. “It’s a part of the market that we haven’t quite addressed in New York and there’s been a very big interest from our exhibitors at Pool,” Ulin said. 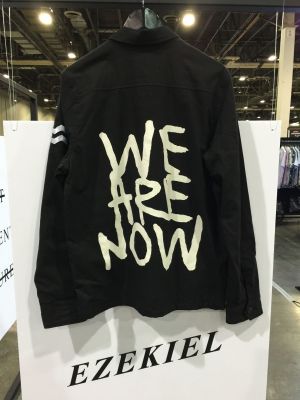 The Tents at Project highlighted designer and contemporary menswear and dual-gender brands such as Citizens of Humanity, Scotch & Soda, Raleigh Denim Workshop, KJUS North America, Inc., Grayers, Vince, The Cords & Co, S.M.N Studio as well as Thaddeus O’Neil, which is in the CFDA {Fashion Incubator} program. “We’re deepening our involvement with the CFDA so this is a part of starting that softly that we want to be part of supporting new and emerging brands and see that we can be not just a platform. It’s not just about being a show, it’s about being a business partner all year long,” said Ulin. Overall, Project included approximately 100 new lines including outerwear brands such as Onia, Ovadia & Sons and HFX Performance Apparel.

According to Ulin, Project had very strong retailer attendance and included everyone from Saks Fifth Avenue to Bloomingdale’s, Neiman Marcus, Gilt, Amazon, Rothmans, Mario’s and Mitchells. “For us, the really exciting thing is seeing the retailer come back,” said Ulin. “We had very, very strong numbers in New York. I think we were 10% up from last year,” he said adding that the numbers were positive in Vegas. But he also recognized the current challenges in the marketplace. “There’s no news that it’s still a challenging time, but I feel like there’s an optimism and there’s a buzz right now,” he said. “I think in some ways, flat is a new up. I think people are happy that retailers are still buying. They might be buying tighter, they might be buying more focused - which is actually better to really focus on what your customer actually wants,” he said. 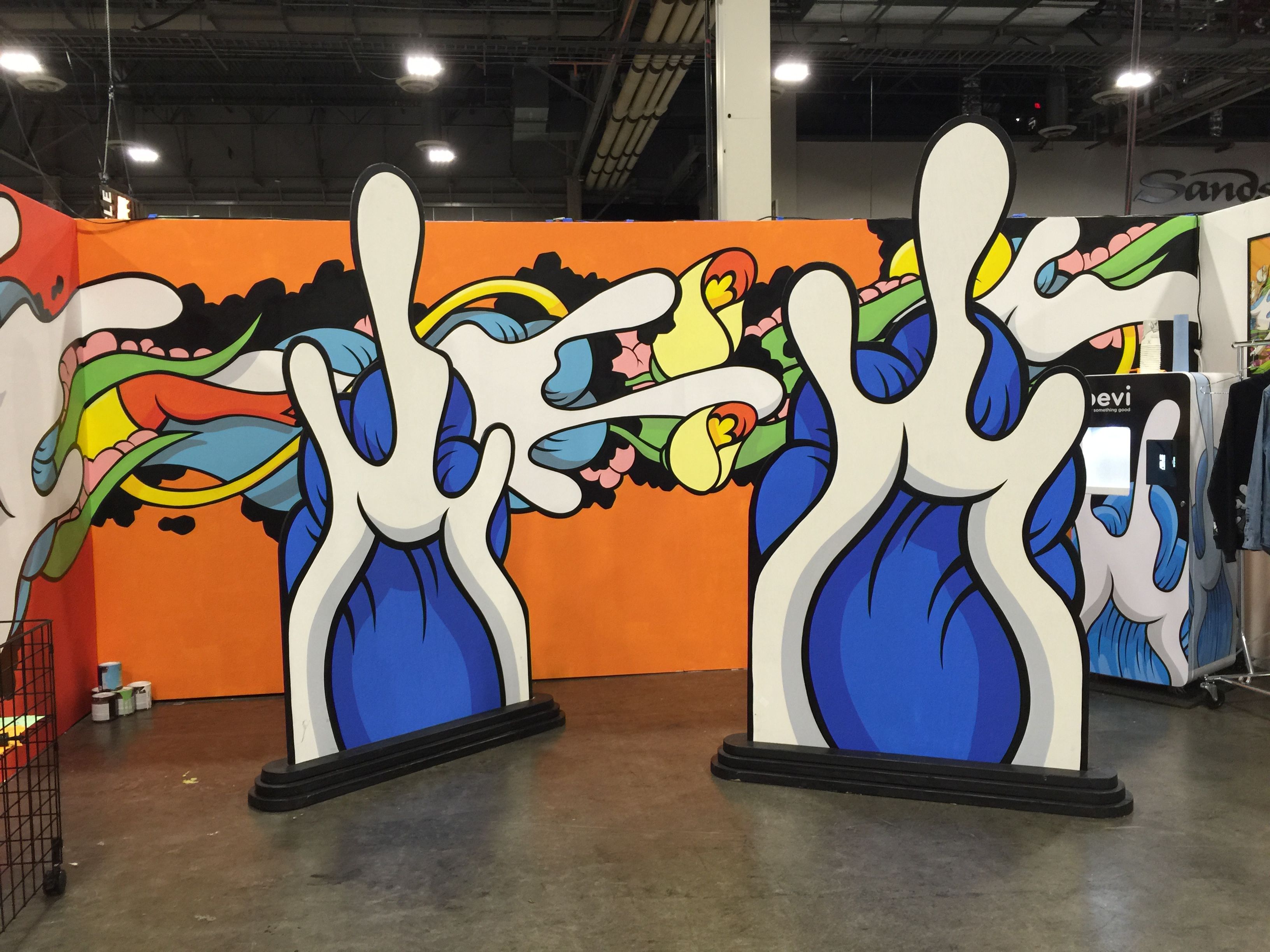