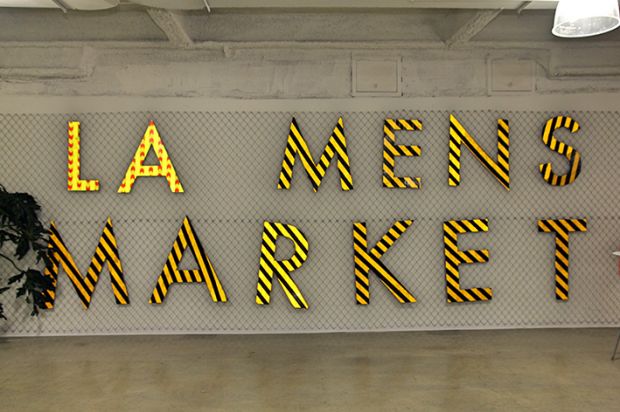 The LA Men’s Market is the Place to Be

The LA Men’s Market is a busy show. Step inside and you’ll instantly understand why. A cut above the usual tradeshow suspects, the LA Men’s Market is alive. It’s vibrant, colorful, youthful and enthusiastic, not to mention very well attended. This is quickly becoming a more intimate, more approachable version of a giant like Agenda and its massive booths with PR podiums at the front. Instead, the LA Men’s Market has open areas that are easy to browse and chat with just enough excitement and zero bothersome Instagram hype. 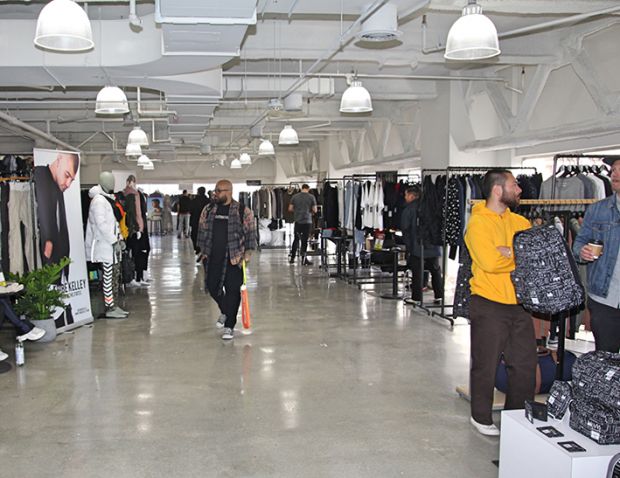 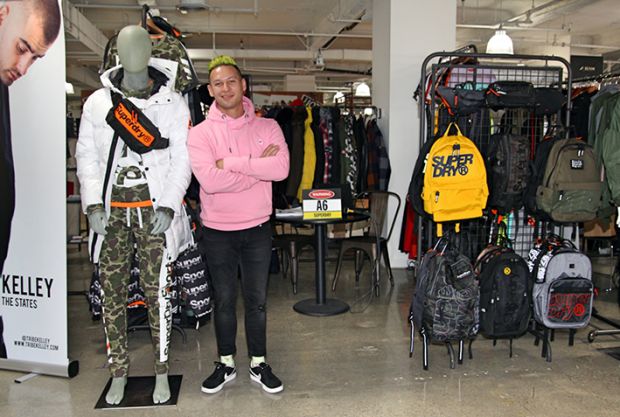 We start off with Superdry who, for all of their Japanese script, is very British at heart. This shows in their ever-expanding outerwear offerings and their very first true waterproof jacket. They also showed their growing sport collection. Across the aisle sat an oddly vacant The People Vs booth along with a tempting full drum kit and retro concert tees from favorites such as Bowie, The Cure, The Misfits, Pavement and The Cult. 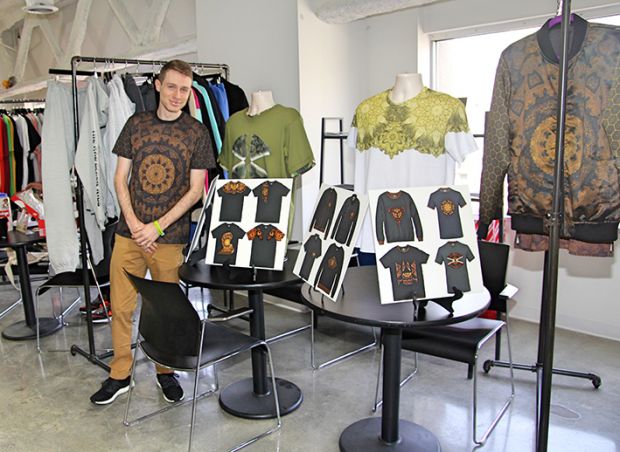 Davidefined combines urban and natural ideology into swirling kaleidoscope patterns. The intellectual young creator says he also pays tribute to the Baroque time period with his tees, jackets and button ups. And why not? Black Lion, the mainly upscale men’s jewelry and accessories line has a new, entry level collection that’s a perfect fit for this show. This was exemplified in them providing the show entry wrist bands/bracelets. Very cool souvenir indeed. 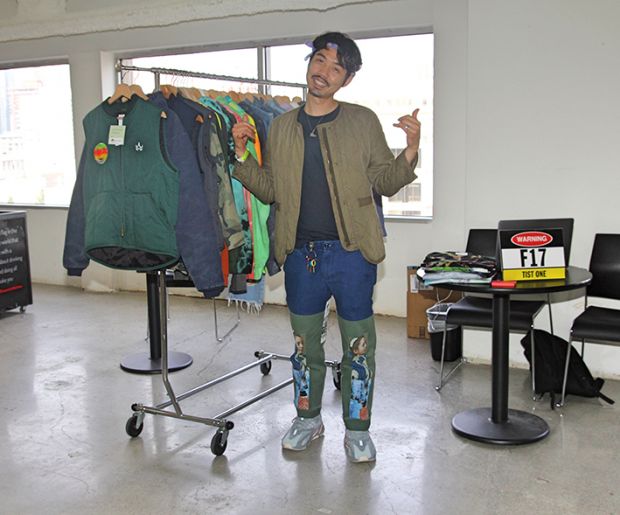 Dumbgood has an interesting concept. They create only licensed streetwear such as a Silence of the Lambs tee with concert-like dates on the back that accurately, instead, mirror the film’s theatrical release dates. They work with the major studios plus had cute little Bic lighters on display. Tist One is working to, as they say, “save one garment at a time.” This LA brand’s upcycling adds graphics and creative touches to used clothing. 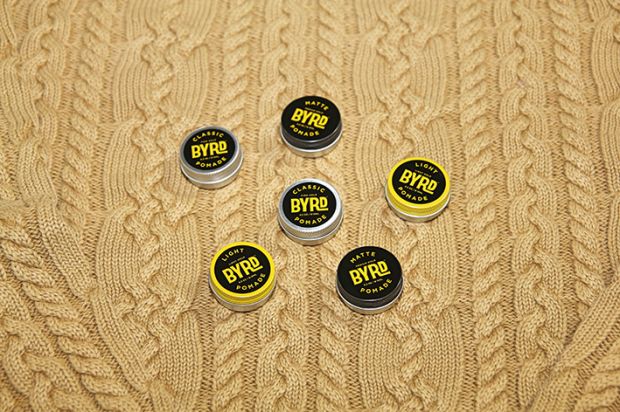 Then there was the surf power hour corner featuring beloved beach locals like Katin, Richer Poorer and Byrd grooming. Byrd showed their kitchy but popular soap on a rope along with body wash, shampoo and face wash while Richer Poorer had their pocket tees, women’s wear, fleece boxers and bralettes, to name just a few. And Katin brought their legendary board shorts and hats. 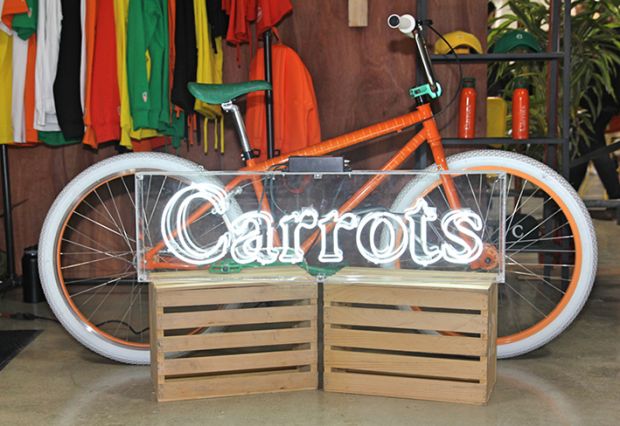 Chinatown Market doesn’t go anywhere without bringing something eye catching. This time, in addition to the brand’s own basketballs, they had their happy face ping pong table. In the morning, the table was not in use but, we assume, by the end of the day, the table had some healthy battles. And Carrots, who are a known LA Men’s Market sponsor had a cool display that included a bicycle. 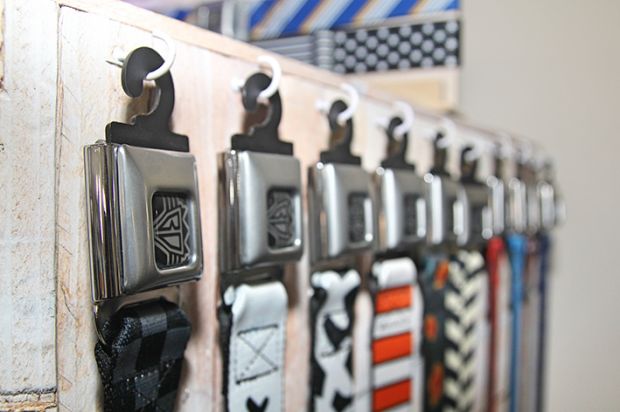 Buckle Down Belts is a mainstay in the skate/surf community with their old car seatbelt buckles turned into trouser belts. They now make wallets, too. And the show was rounded off by Lucky Bastard Co. They make men’s lip balm and Reef friendly sunscreen. Anyone who’s been to Florida or Hawaii recently can tell you that typical sunscreens are being banned as they harm the reefs. Can’t imagine what they’re doing to human skin. Lucky Bastard has solved the problem with their ingenious marketing meets science mix. 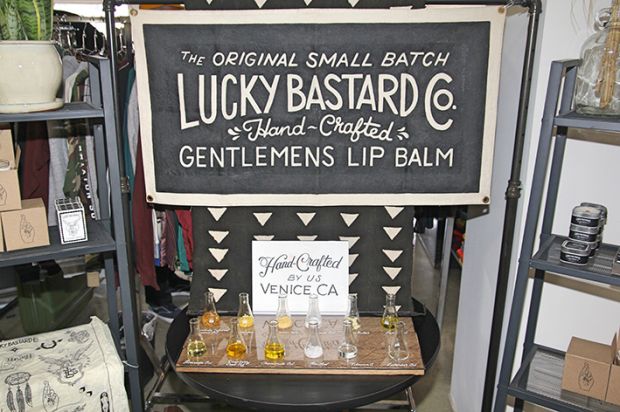