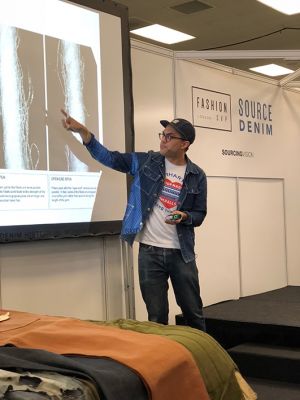 Source Denim’s second edition follows hot on the heels Denim Première Vision’s first London outing in December 2018, and the exhibitors we spoke to noted that attendance was a bit low at times, potentially as a result of an over saturated denim fair situation. (This won’t be an issue next season as Denim Première Vision will hold its upcoming event in Milan.) As Source Denim organizer Buzz Carter pointed out, each fair has its own specific strengths. In Source Denim’s case, its seminar and panel talk program is a definite draw, particularly since it covers issues relevant to the fashion industry as a whole. 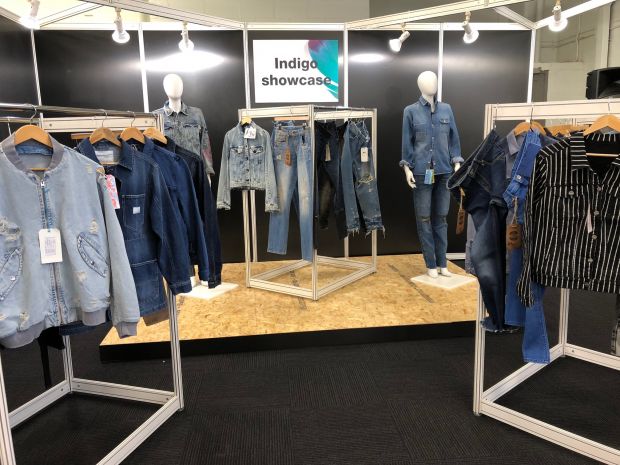 As for denim talks specifically, the schedule was kicked off on an entertaining and educational note courtesy of Mohsin Sajid, denim guru and Endrime creative director. Clad in quadruple denim – cap, jacket, jeans and a pair of Converse – he gave a whirlwind lesson on the history of denim, stretching back well before 1873 (the official birthdate of the blue jean) to the modern day, weaving in fun facts as well as touching on more serious issues such as the industry’s environmentally disastrous ways and how this could potentially be improved (bring back hemp, ditch the PP Spray etc.).

“A lot of the people I teach, including those attending the talk I gave today, are part of the next generation of designers, so it’s important to stress that they’re all able to make a difference by choosing to work in more sustainable ways and crafting jeans in ways that makes them last,” said Sajid as we caught up with him after the talk. 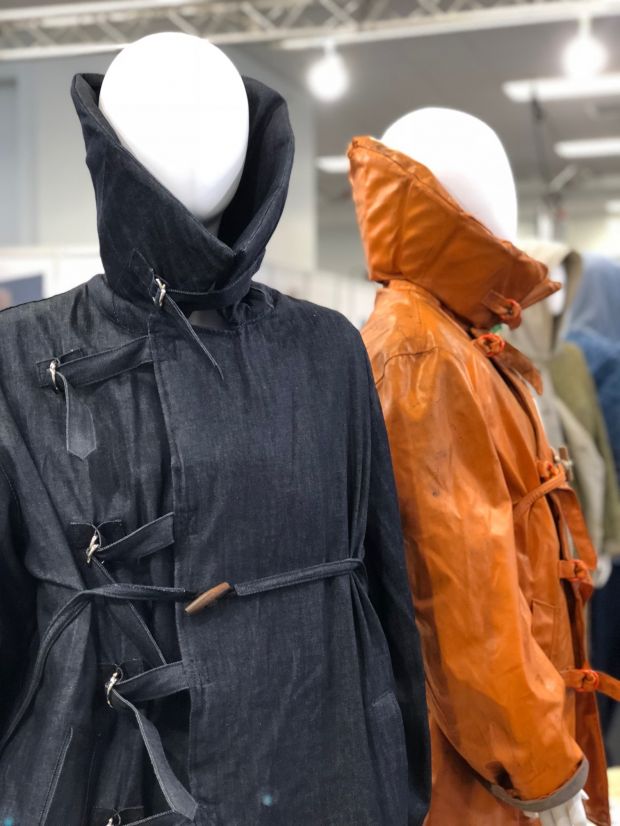 Photo: Emma Holmqvist Deacon
A highlight from the collaboration between vintage specialist Brut and Pioneer Denim.

Day two’s panel session zoomed in on local denim production with insights from Jessica Gebhart, creative director of London label I and Me; Chris Hewitt, CEO of the UK’s only selvedge denim company, Hewitt Heritage Fabrics; and Mohsin Sajid.

Another show highlight was The Denim Challenge – a collaboration between Parisian vintage specialist Brut Clothing (founded by Paul Benchemhoun) and innovation-driven mill Pioneer Denim, resulting in 11 vintage garments being reimagined in denim. A 1950s padded life jacket by Volksmarine and a Swedish 1940s pilot leather jacket were among the pieces hanging next to their raw denim doppelgängers. 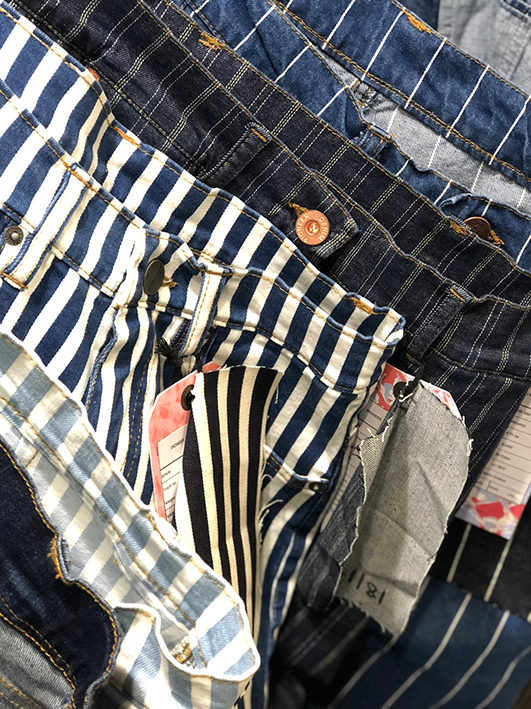 So what was the biggest challenge in reinterpreting these rather intricate vintage pieces in denim?

Said Gioielli Massimiliano, Pioneer Denim’s Head of RND: “We had ten days before Christmas to re-create close to a dozen vintage pieces sent to us from Brut’s archive. It very was exciting and we had to think on our feet as most of the garments were quite detail-heavy. We primarily used 14oz raw denim, but opted for a Tencel denim to craft a light jacket featuring a beautiful leaf print. It took a few attempts to get the print right – Tencel has a lot of good qualities, but it can be tricky to print on.”

Tencel features increasingly in Pioneer Denim’s general offer, and plenty of variants were on display in the company’s booth (Tencel currently accounts for about 5% of the overall Pioneer Denim output). There were also other sustainable options, including a recycled viscose. In terms of aesthetics, checks and different types of stripes took center-stage. 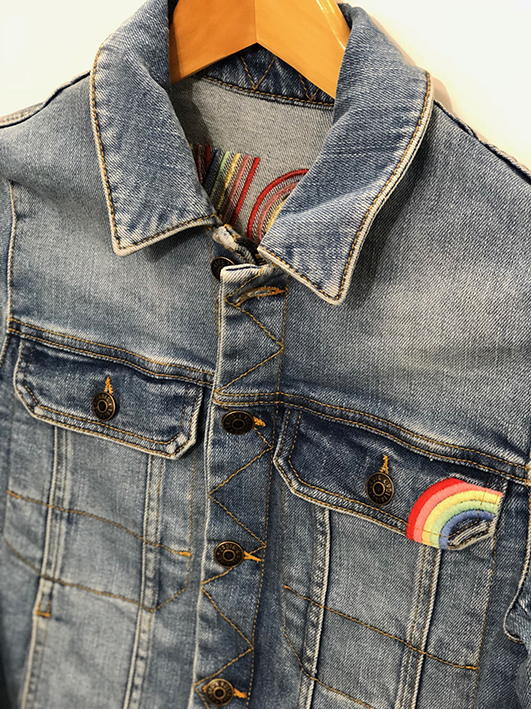 Sustainability was often the first word uttered among the exhibitors whose offerings we explored. “These days, our clients want assurance that every aspect of the garment manufacturing process is sustainable. As a reaction to this, we’ve invested in the latest laser and eco washing machines for our laundry, monitoring the impact of all our washes with the EIM program from Jeanologia,” said jeans production specialist Tom Rhodes, who serves as sales manager of Tunisian garment manufacturer ETC Group.

This season, Source Denim had partnered with Common Objective, a digital platform founded by the Ethical Fashion Group. Its aim is to help equip fashion businesses with the tools they need to achieve commercial success in the greenest possible way. Prior to the show, all Fashion SVP/Source Denim suppliers were invited to set up an online profile to shed light on their sustainability credentials and help buyers quickly identify suitable partners. Equally, buyers were able to create their own profile free of charge so as to aid the matchmaking process.