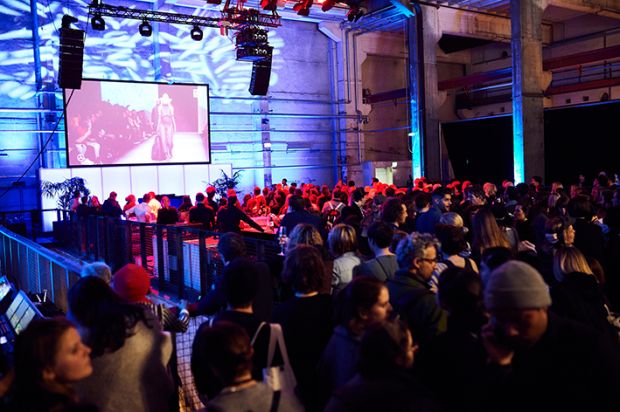 Photo: Messe Frankfurt
Fashionsustain: “Sustainability is not for sissies!”
Conferences

Fashionsustain: “Sustainability is not for sissies!”

We Are Water–this is the best summary of what this season’s Fashionsustain conference was all about. Max Gilgenmann, responsible for the content of the summit, invited companies, experts and stakeholders to discuss and inform about the fashion industry’s impact on global water consumption from the big picture down to the particular basin.

Of the five panel discussions throughout the day, one particular highlight was a denim-themed one in the afternoon with Dietrich Weigel, CEO of denim brand Goodsociety, Patrick Hohmann, founder of Remei, Patrick Duffy, initiator of Global Fashion Exchange, Uwe Kippscheider of fashion brand Closed and Bruno Van den Weghe of Puredenim who answered the question if the denim sector an be a change maker. 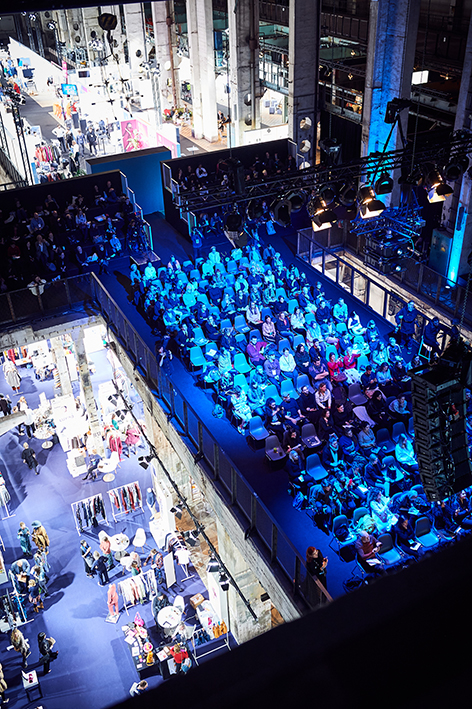 Photo: Messe Frankfurt
The conference Fashionsustain is part of the hub concept of the Neonyt trade show.

Weigel pointed out that it is impossible to shift an entire industry from one day to the other and gave the little volume of organic cotton according to the global consumption as an example. But he also stated “every producer of garment has to change. This is the nice thing about fashion. Change is a matter of fact.” Kippscheider agreed and explained the slow but steady transformation of design and sourcing processes towards sustainability by increasing the use of organic cotton or Tencel. Those processes require patience.

Patience is also what Hohmann talked about. “To get real sustainable results, we must go for slow farming. The farmer has to get in interaction with the soil and the crop again and it takes up to 10 years to revive a dead soil again. But the farmer needs security from us to build up this field over the years. Classic economy avoids these kinds of reliable relationships. I am aware that somebody is producing for me and not for money.”

Van den Weghe said that today there is no reason anymore to use toxins to produce a beautiful pair of jeans. “Since the fashion market has been threatened by fast fashion, big brands are pushing back into the market with help of topics like detox and sustainability in general. This is a big opportunity for them!”

Overproduction was the right catchword for Duffy who considers clothes owned by consumers to be a currency. “You bring it to a 1 to 1 situation and then you swap. It is about to slow down consumption and retrain the process in a fun and exciting way.”

The final panel with Kirsten Brodde (Greenpeace), Alexander Nolte (Langbrett), Àngela Suàrez Garcia (Inditex), Heike Vesper (WWF), Melati Wijsen (Bye Bye Plastic Bags Bali) was a great shout out to stop hesitating. “Sustainability is not for sissies!“ Brodde stated as if it was the most obvious thing. And while Vesper begs for patience and not to give up too fast, it was 18-years-old Wijsen who invited everybody to find that one thing one wants to fight for and then go for it. "Move–make place for the youth and their ideas!“ she said.