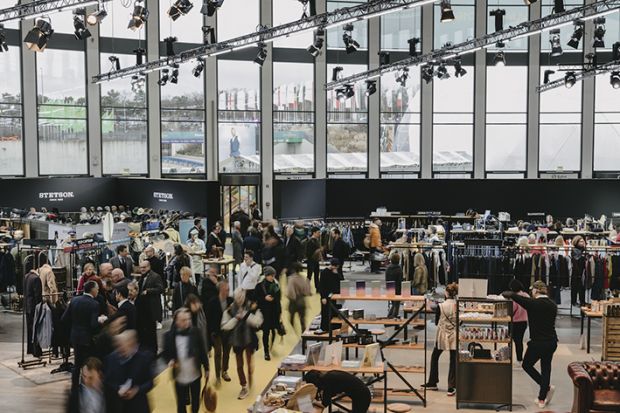 Lovers of heritage, craftsmanship and raw denim have again found their home at Berlin’s Selvedge Run, the trade show for quality garments and crafted goods. Due to the acquisition of this fair by Panorama Berlin in September 2018, Selvedge Run has now found a new home too: right at the entrance of Panorama Berlin at Expocenter City about 60 labels showed their collections. Although most of the exhibitors missed architecture and atmosphere of the former locations Marshall-Haus and the old Palais am Funkturm, they were very pleased with the attention by and the number of visitors. “This location is much better, the Marshall-Haus was too far away – visitors were just confused as that location was hard to find,” said designer Enami Takanori of Michiko Koshino/Yen Jeans. Clément Pradal of the French denim and workwear label Kiplay Vintage agreed: “It was a beautiful fair, but you didn’t see a lot of people.” Torben-Friis Steffen of German shoe brand Heinrich Dinkelacker praised the new situation as nearly every visitor of the Panorama fair automatically had to walk through Selvedge Run: “Buyers of heritage shops as well as buyers from large department stores and small boutiques come here and visit our booth, so we can cover all kinds of buyers in just three days.” 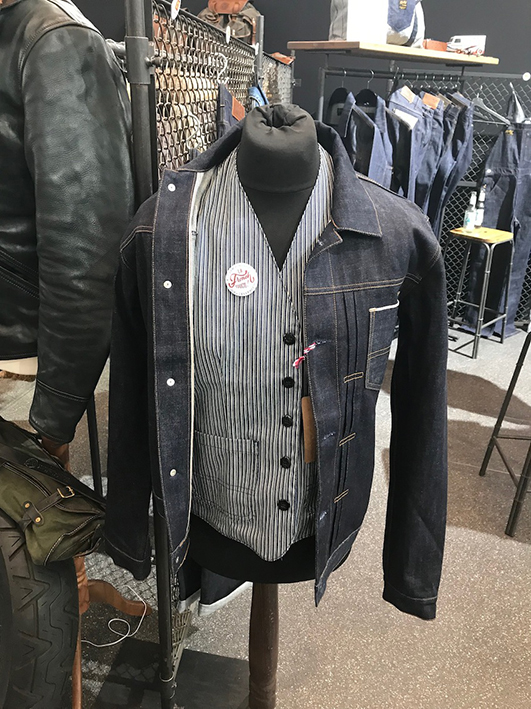 The fair’s Zeitgeist-Area hosted a small number of accessory and lifestyle goods. Paul Blezinger, the founder of Talmo, which offers colorful smartphone gadgets, said: “Via the Internet, everything is offered to the customers; thus, it is logical to offer non-fashion goods to the fashion crowd as well.” 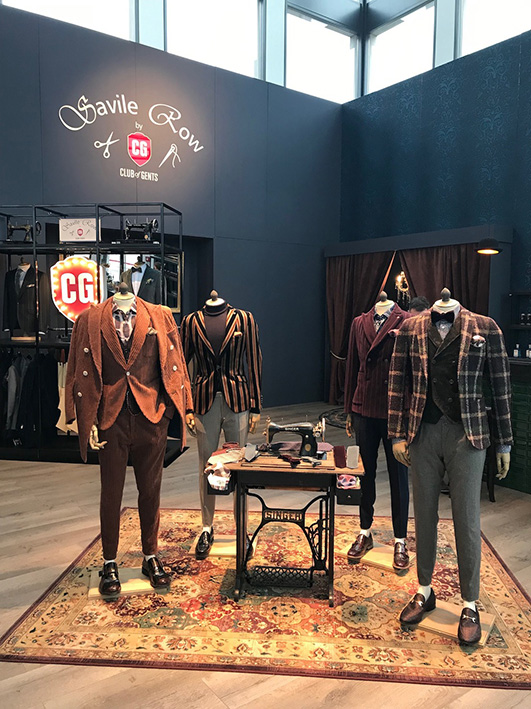 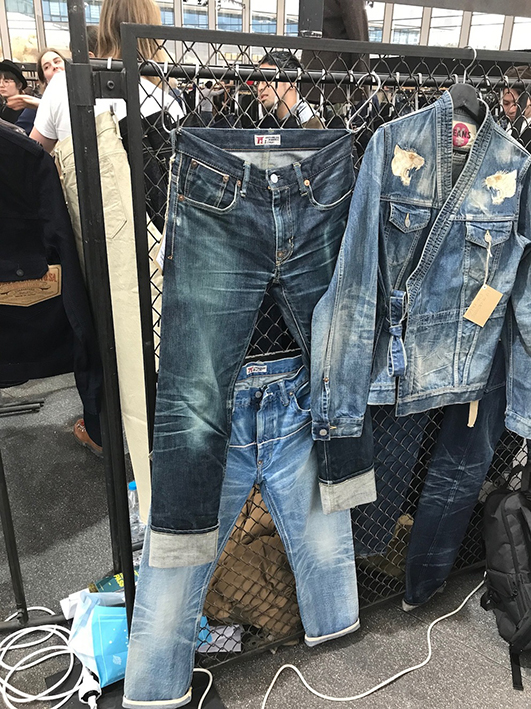 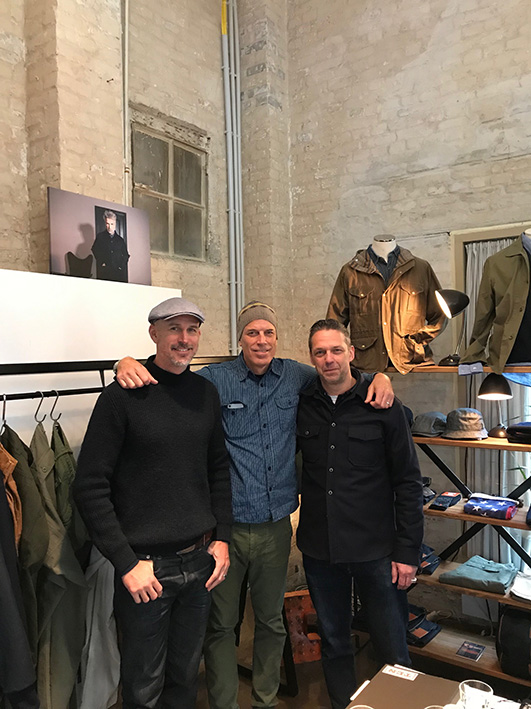 Photo: SI Team
from left: Pete Searson and Tony Patella, both Tellason, and Uwe Maier, Amtraq
At the same time Selvedge Run had opened a separate showroom location at Kurfürstenstraße 12 for some brands that did not want to show at the Messe Berlin fearing to not fit in the new trade show lay-out. The small group of exhibitors–including names such as Tellason, Red Wing, Indigo People and Indigofera–was satisfied with the spot on Kurfürstenstraße in the center of West Berlin (and in the Panorama office building): “It was very busy during the first two days, although it was a bit difficult to get here,” said Uwe Maier of Amtraq. Tony Patella of Tellason added: “We only saw the people we have invited, so we could work very focused.” 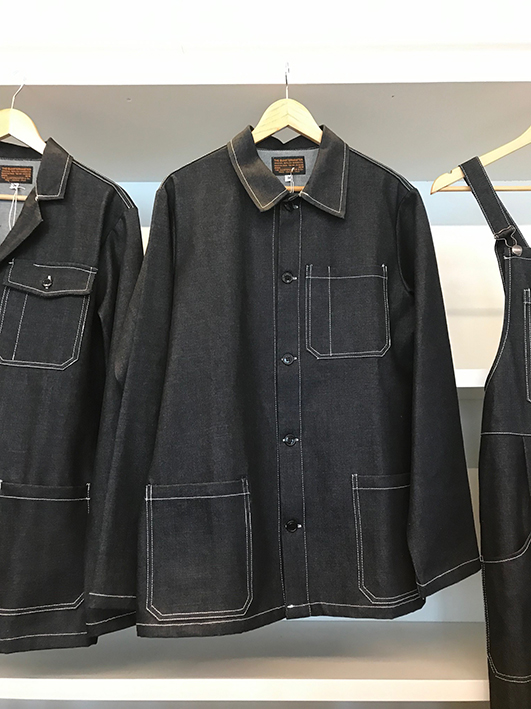 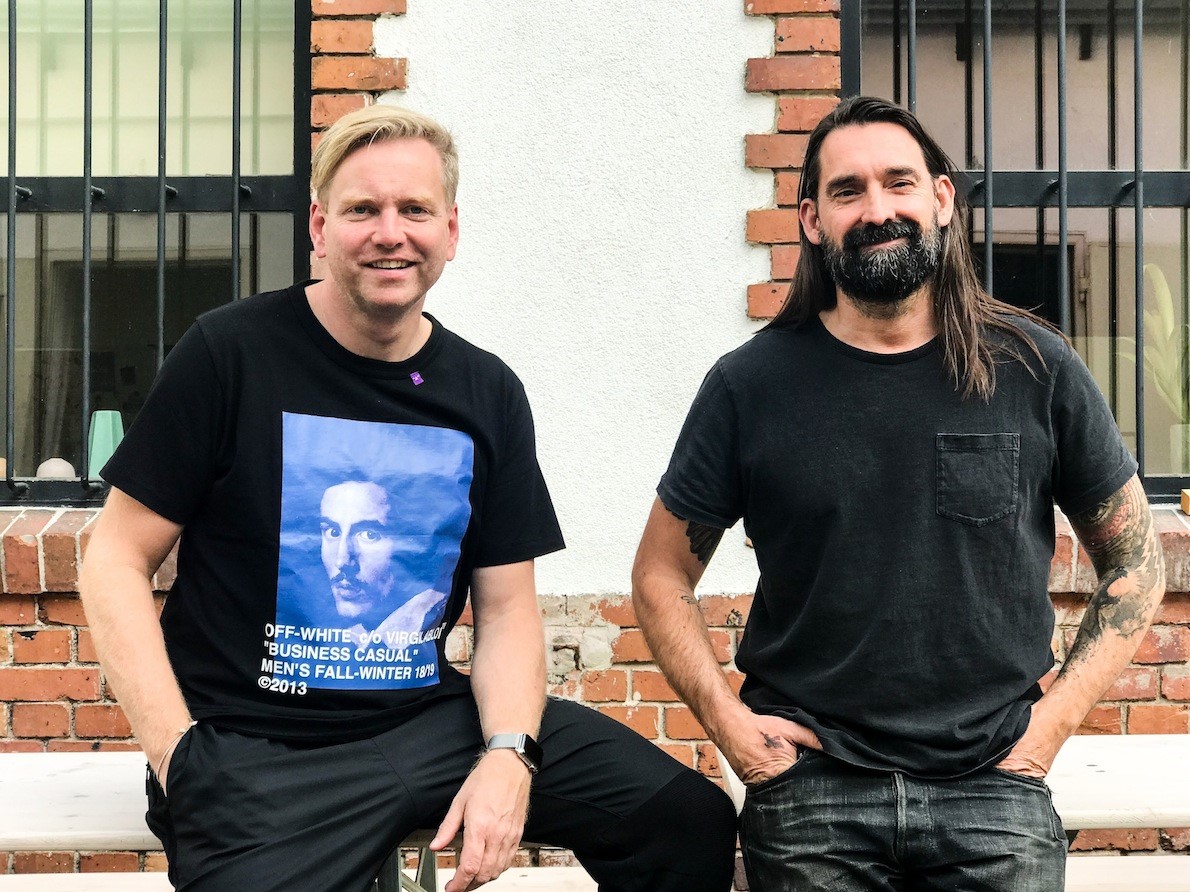 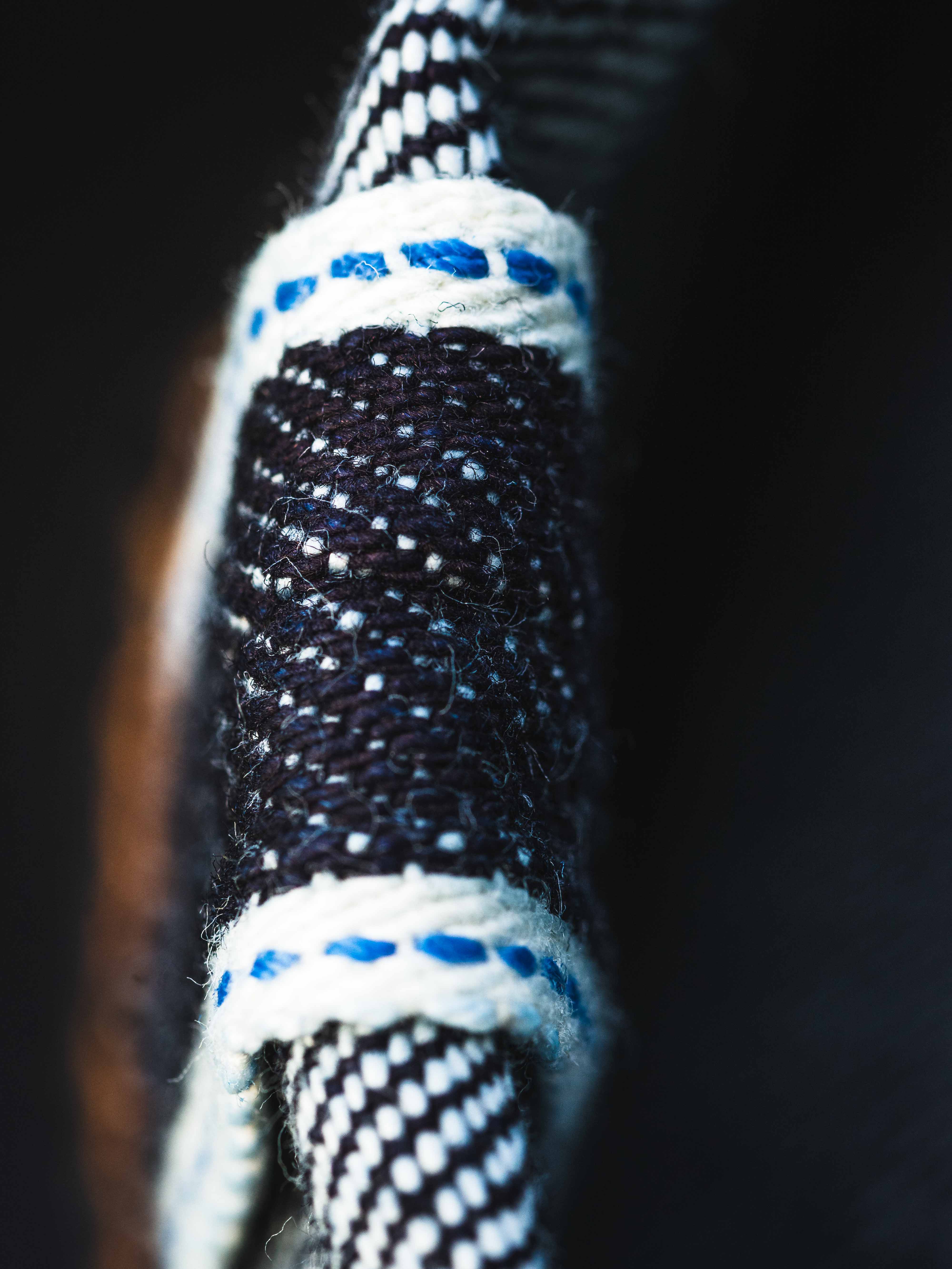 Discover the adventurous story of Selvedge denim made in Germany 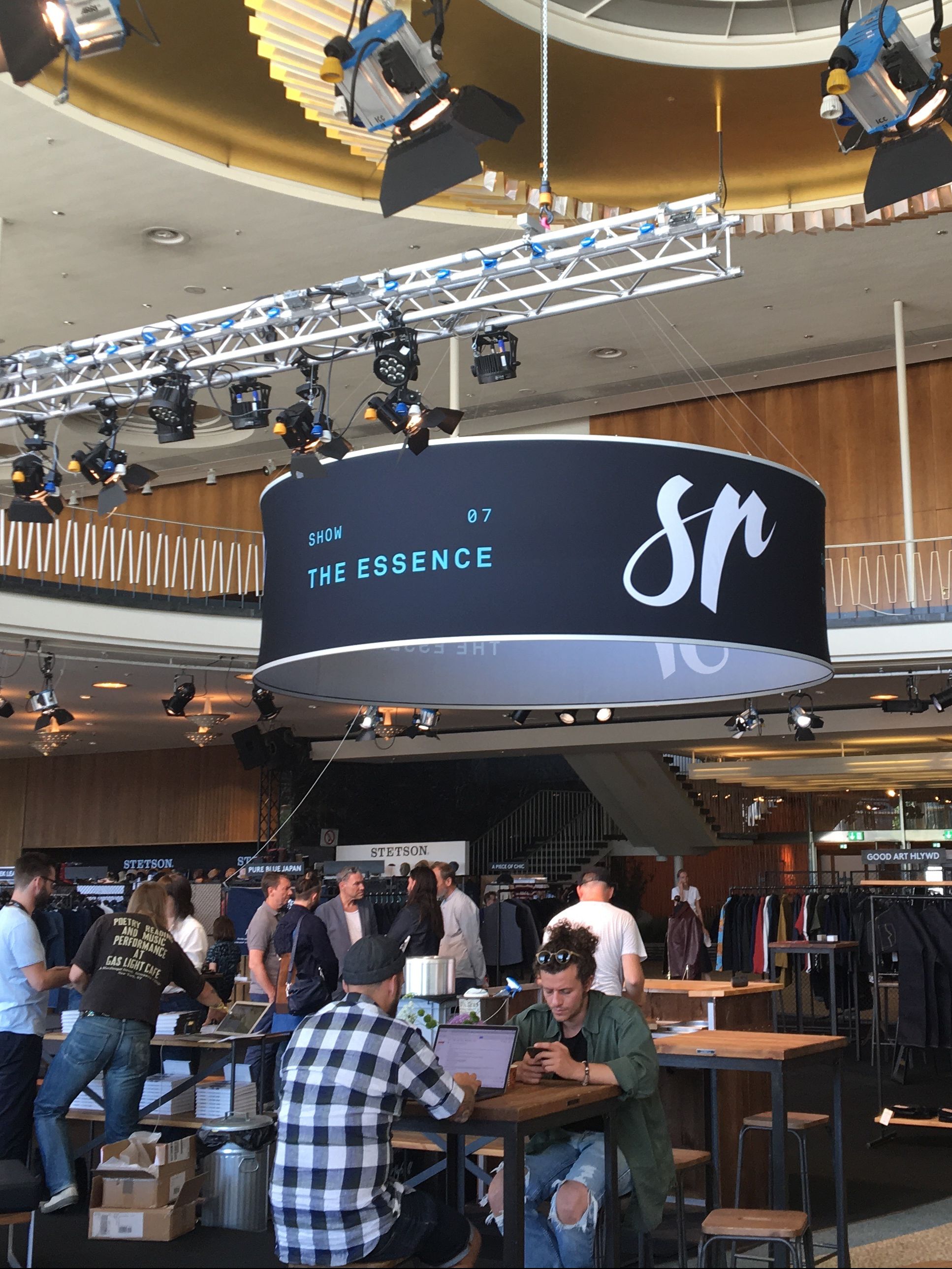