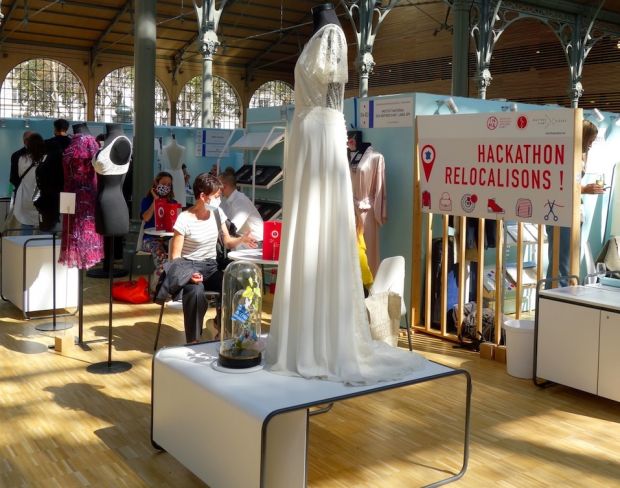 While Première Vision cancelled the physical edition of its main event for September, the offshoot 'Made in France' could take place as a live event 1 & 2 September: The 18th edition of the fair, whose focus is on presenting the local textile chain and savoir-faire, fulfilled the requirements set by the French government thanks to restricted exhibitor and visitor numbers.

Located at the Carreau du Temple, a former market hall that had been converted into an event location in the middle of the Marais district, 'Made in France' gathered around 100 exhibitors and–according to the organizers–attracted 3,500 visitors, 3% more than last year. It seems that "in these uncertain times, physical meetings play an important role in accompanying the industry, strengthening the ties between customers and suppliers and the synergies between manufacturers and creative professionals," Première Vision states.

Particularly well attended were the fair's series of lectures, highlighting topics such as the relocation of production, new opportunities for cooperation, taking into account solidarity-based eco-systems and the importance of territories for the transfer of know-how. For example, the Millaut area, a region of traditional glove production, is currently applying for UNESCO membership.

A new offer of the fair is called 'Hackathon' and aims to accompany and support local brands, which already produce or want to produce completely or mostly in France, by an industrial eco-system consisting of manufacturers, experts and organizations. An association in this sense has already been created during the lockdown: 'Savoir faire ensemble' is a collective of companies that produce in France and can react quickly to certain demands. 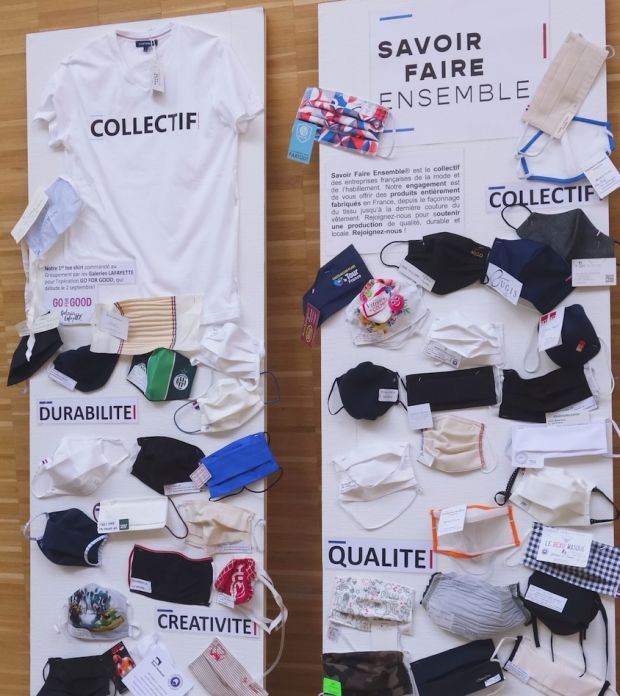 Photo: Barbara Markert
Moodboards of the 'Savoir Faire ensemble' initiative
Madeleine Cusinberche, general secretary of the collective, explains: "We already have well over 1,000 companies listed with us. When masks and medical gowns were urgently needed during the lockdown, we were able to accomplish this demand at short notice. Now the collective is formed and can be activated or used for any other requests at any time". Currently 'Savoir faire ensemble' is working with the initiative 'Go for Good' of French department store chain Galeries Lafayette and offers a t-shirt. Even after the crisis, the collective wants to establish itself as a local production platform.