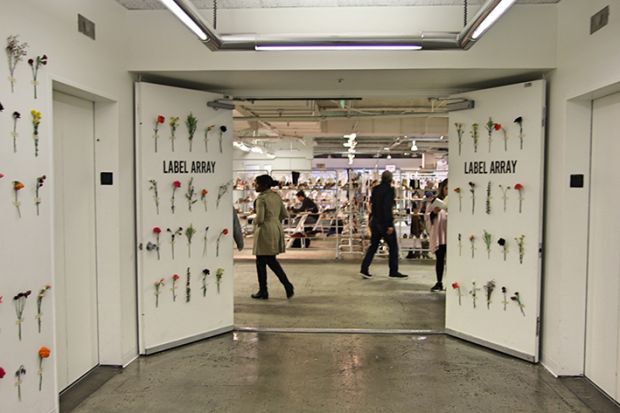 Spring/summer at Los Angeles market week is a sign of sunny times to come. Unfortunately, the LA weather refused to play along. Rainy and dreary, it was anything but a picture of spring outside. Usually sun-soaked Angelenos are notorious for melting in the rain, making it a rather quiet market. But the intimate venues still provided good shopping and trend spotting opportunities throughout.

This past season, The California Market Center reorganized its smaller shows into a collection that they titled Label Array. Housing apparel, accessories, womenswear, juniors and more, it’s a definite step up from the previous first floor space that always felt a bit too sparse. The new 13th floor digs provide a better flow and inviting warmth. 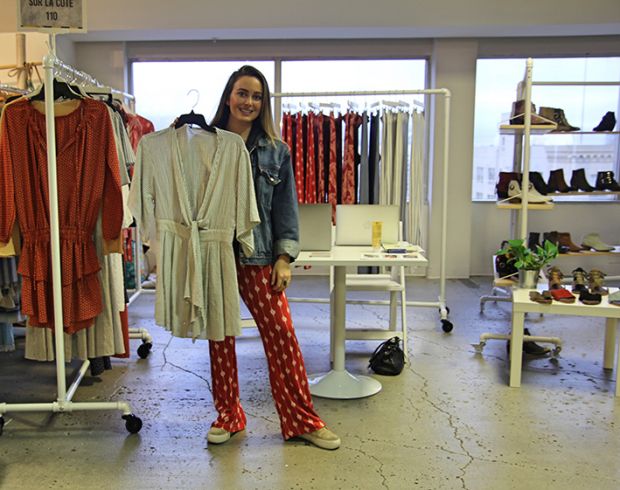 Photo: Douglas Cringean
Sur la Cote
That warmth started with a welcome from Sur la Cote. Started by two native, SoCal sisters who, Sur la Cote began as they sought to create comfy pull-on pants for Coachella, and found they had a hit on their hands. Their lounge pants are cozy but feel more pulled together than athleisure counterparts. They are form fitting and booty hugging with a thicker, more forgiving waistband. The brand also debuted their summer line at the show. With only six months under their stretchy belts, it’ll be fun to watch how them grow. 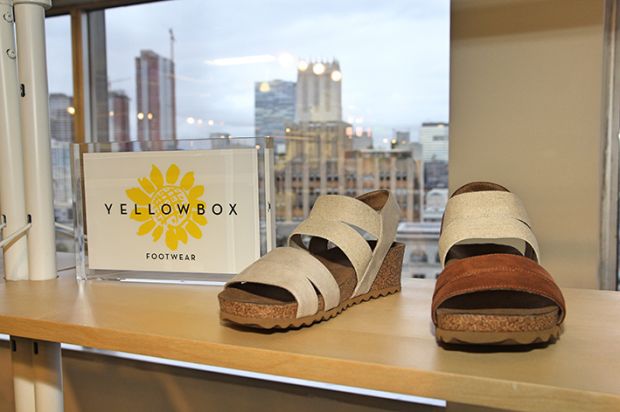 Photo: Douglas Cringean
Yellowbox
Yellowbox were there with their spring summer collection of EVA sandals. That refers to the technology behind their foam footbed, almost like a perpetual yoga mat under the wearers’ feet. They also brought the embellished bling models that made the brand’s name.

Savage Studio is a new jewelry line by designer Maya Savage. The innovative statement pieces are her tributes to nature in texture and movement. The organic forms employ sculptural techniques in bronze and silver, hand made in Mexico City. The designer feels that the human hands and souls involved in the jewelry’s creation allow the wearer to better engage with the story of the piece.

MB York represents a new category coming to the Market Center, that of skin care and beauty. For this season, however, makeup artist Mary Beth York had the beauty floor to herself. There she brought her furry, hot pink makeup bags and purses, full of personality. Known for her vegan makeup and skin care line with hits like “whoa-tox” wrinkle treatment, MB York is already a hit on QVC and a known name from her featured makeup looks on Dancing With the Stars. She also brought her signature wear-it-many-ways tube dress stored and sold in, what else? A tube. 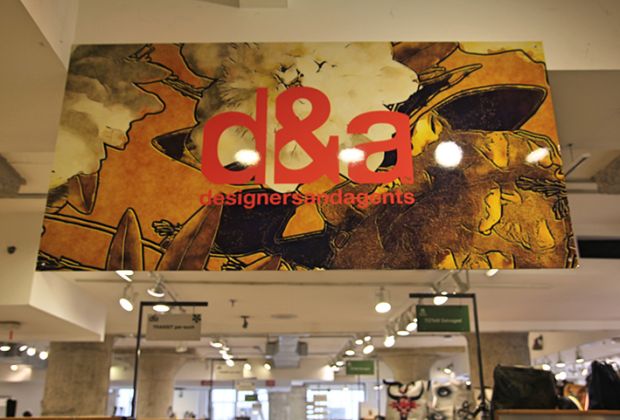 As with beauty now showing at the CMC, other shows are also introducing more fashionable categories that aren’t necessarily wearable. D&A is no exception, curating into their midst a brand like Voyage et Cie. Designer Melanie Apple came up with her sophisticated candles, perfumes and essential oils through education and travel in both New York City and Paris. The packaging is as pretty as the various scents. 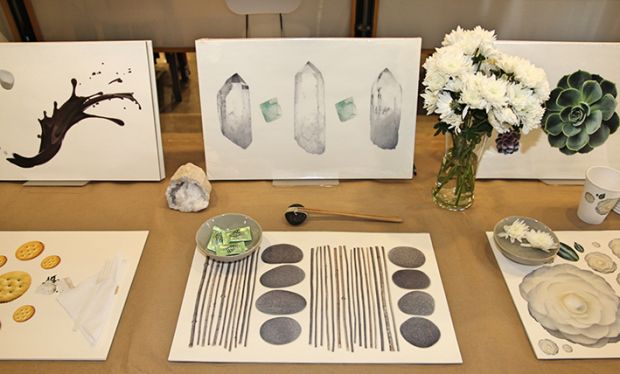 Photo: Douglas Cringean
Soolip
Across the aisle, stationery brand Soolip not only held the torch for handwritten correspondence in style, they also introduced quirky fun placemats for the dinner table. Each mat represents what’s featured on the plate atop it from crackers and cheese appetizers to sushi to gourmet desserts. After dinner and before the thank you note, try Soolip for their party game called Yogaland, an experiential game for all yogis.

American Colors by Alex Lehr is a line created in 1987 by father and son team Henry and Alex Lehr. Still family run, the brand prides itself on classic silhouettes produced either domestically or in ethical factories overseas. At D&A, they brought scores of their collectible, crinkle cotton button-down shirts in every manner of muted color and stripes.
Melissa Shoes, made in Brazil for over 40 years, brought their namesake vividly colored PVC, vegan collection as well as a few of the collaborations for which they’re known. Both Mickey Mouse and Hello Kitty shined brightly on whimsical footwear while Fila slides and thick-soled sandals were the hit of the booth.

Go Commando rounded out the variety of D&A offerings with their seamless, sexy bodysuits, leggings, underwear, body shape wear and sleepwear. And, with that, LA signs off until March when warmer skies will no doubt oversee the next LA market installment.