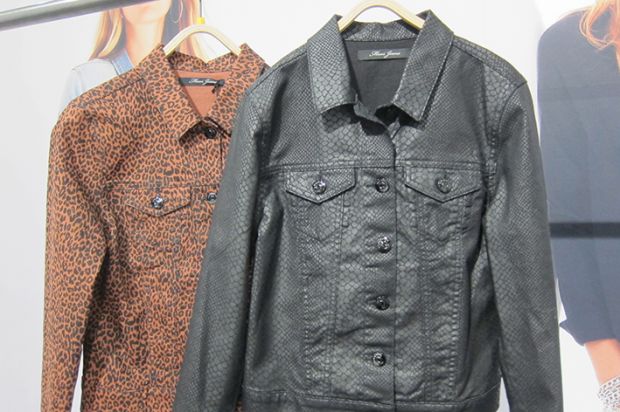 Coterie, the largest gathering of the four returned to the Javits Center for a three-day run along with its sister/sub-shows Sole Commerce, Fame and Moda. The shows covered two levels of the building (not including the special beauty and vintage sections on the street level) and spanned everything from evening dresses to casual jeans and shoes to accessories. Although the final day was quiet, all exhibitors we spoke to said that the show had been busy and fruitful. In the contemporary/premium denim section, jungle-inspired animal and reptile prints continued to rule, plaid pants with side athletic stripes were also incredibly popular and camouflage and bold prints are also trending. 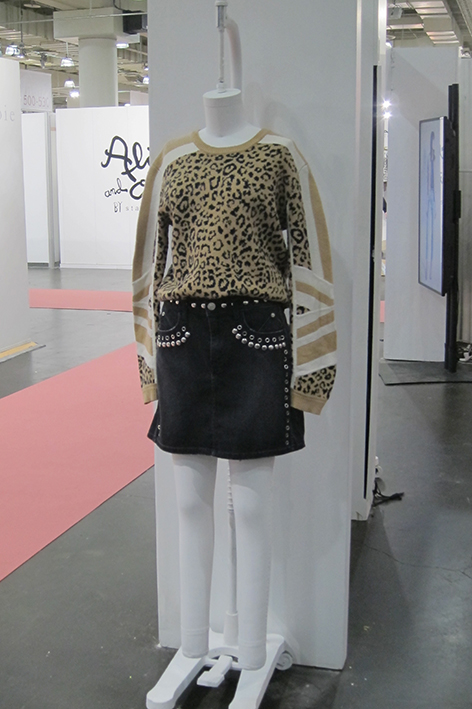 Current/Elliott put the leopard look on top in a sweater, which it matched with a studded short skirt with a true rocker flair. 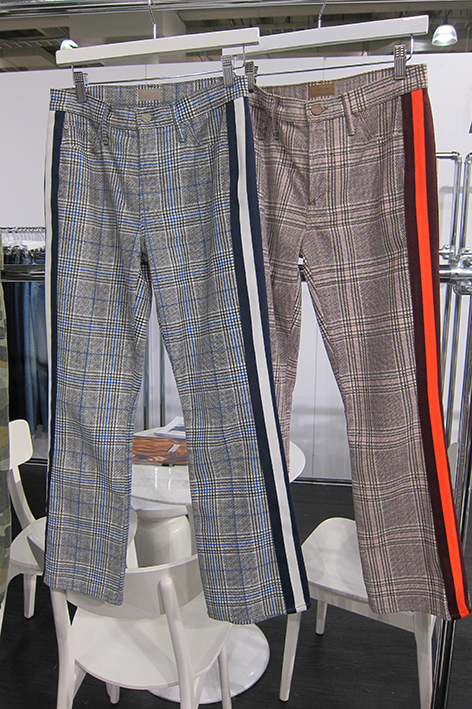 Mother Denim said that these two bottoms were some of its top sellers for the season because they are a cool mix of tailored-looking fabric mixed with a bit of athletic-inspired oomph. 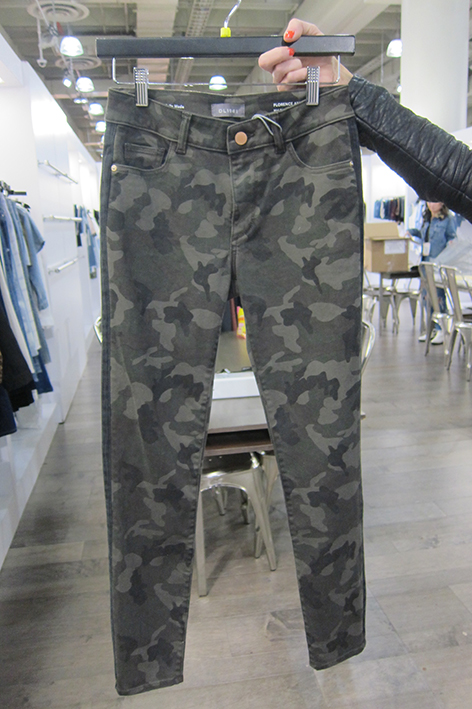 Both Mother and DL1961 (pictured here) are strong proponents of military-inspired styles in one-of-a-kind camouflage for fall. 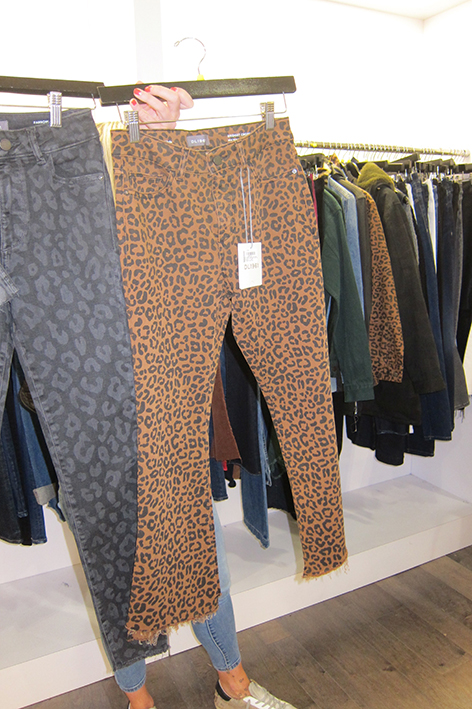 DL 1961 is also doing a big push of its animal prints and reported that they were among its most popular styles at the show.

Mavi also got into the jungle action for fall and has jackets and matching jeans in leopard and snakeskin printed fabrics. 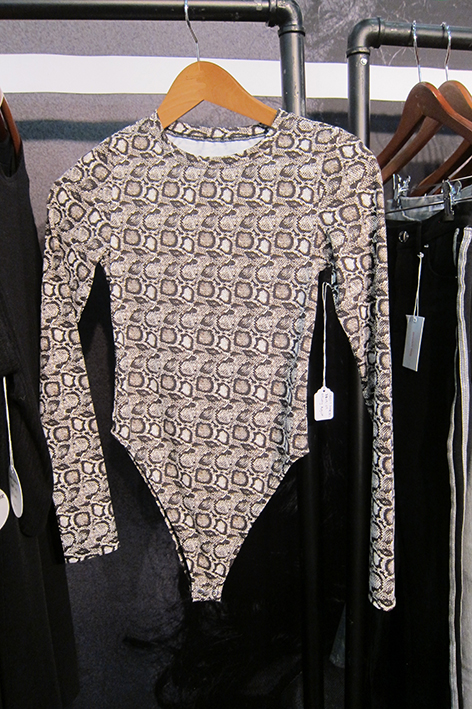 Wholesaling for the first time, the Khardashian-owned Good American line also is all about reptile prints, as seen in this bodysuit. 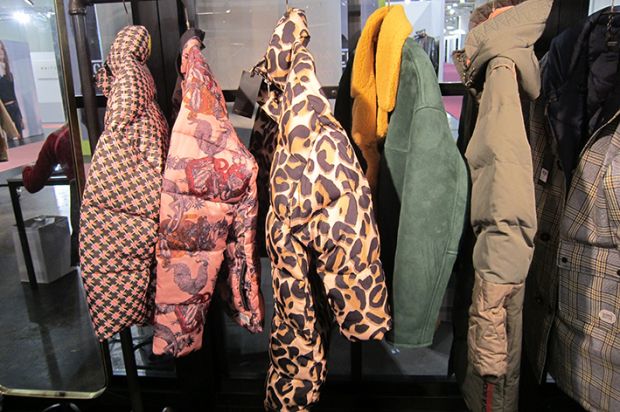 Scotch & Soda showed some of the best outerwear at Coterie included these printed coats (one of which is an animal print, naturally) in bright and unusual patterns and colors. 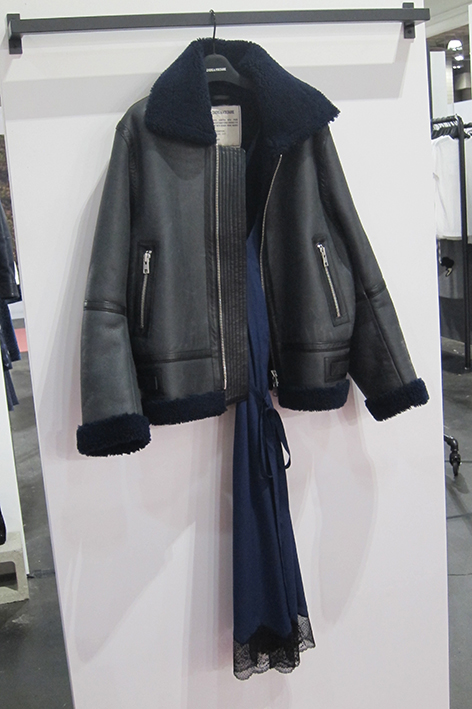 If camouflage isn’t your thing, you can always embrace the military trend with this pilot-inspired jacket by Zadig & Votaire. 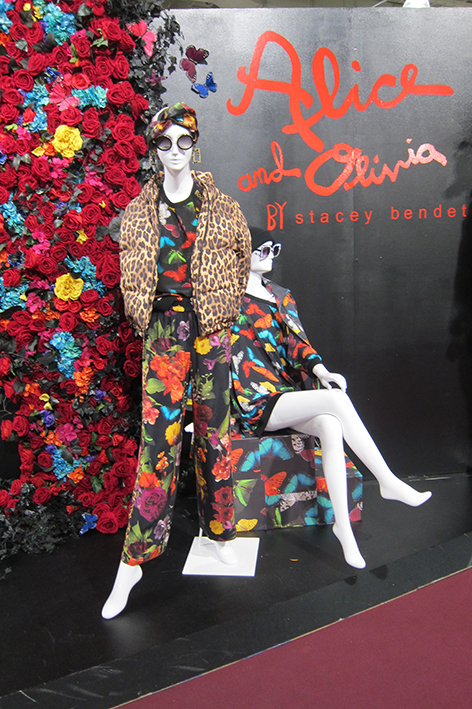 Alice & Olivia paired its take on a leopard coat with bright allover butterfly-print tops, bottoms, dresses and a turban-like headscarf. 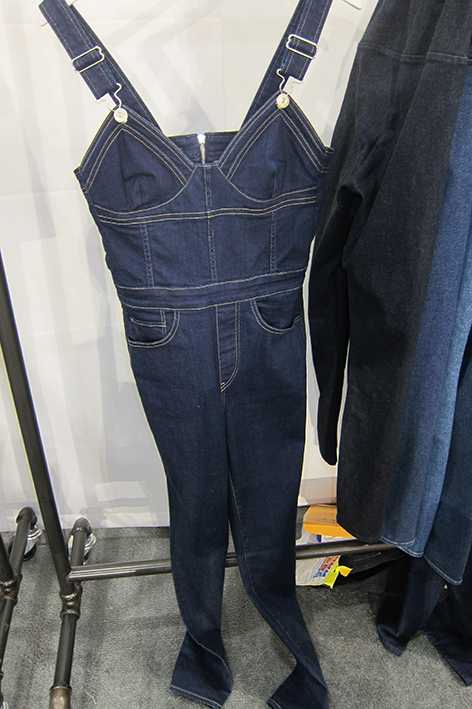 Scott Morrison’s denim line 3x1 added some true female sexiness to the workwear-inspired overall by giving it a bustier front. And if customers don’t want the full effect, a standalone denim bustier was offered as well. 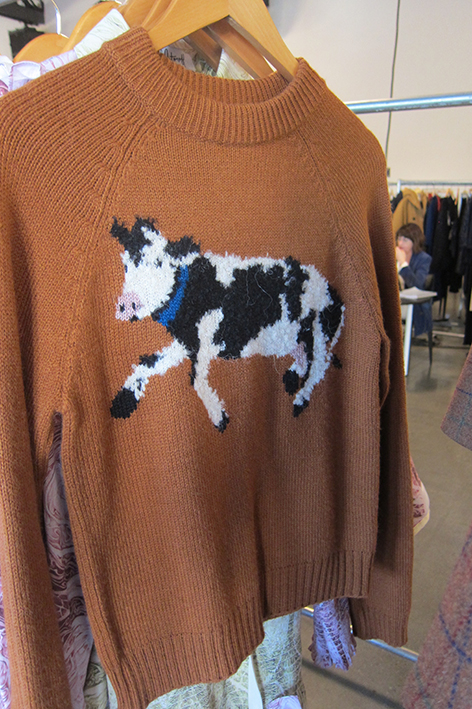 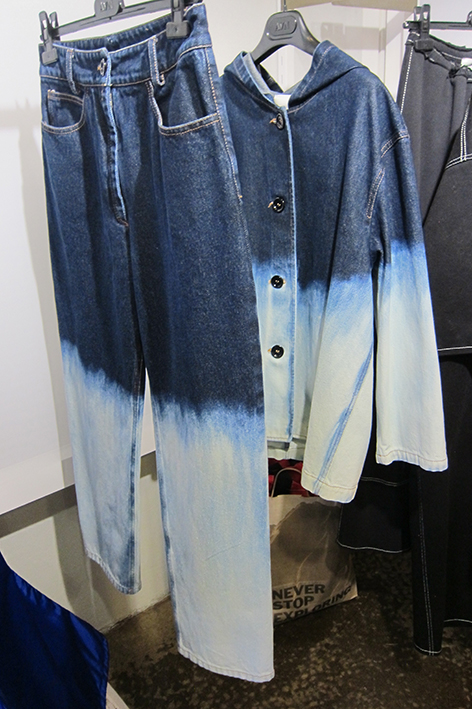 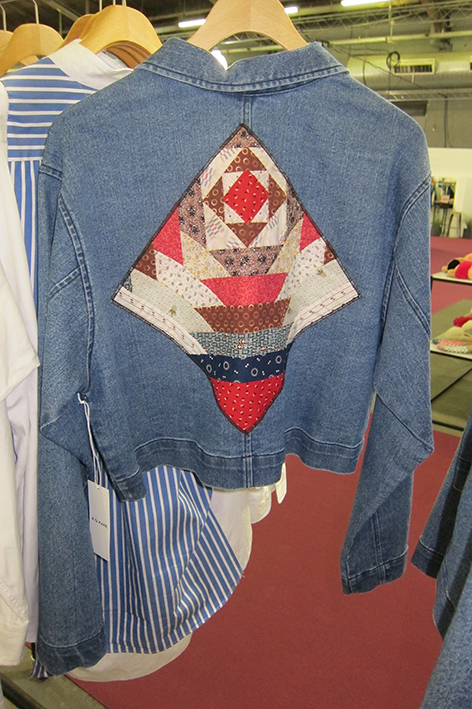