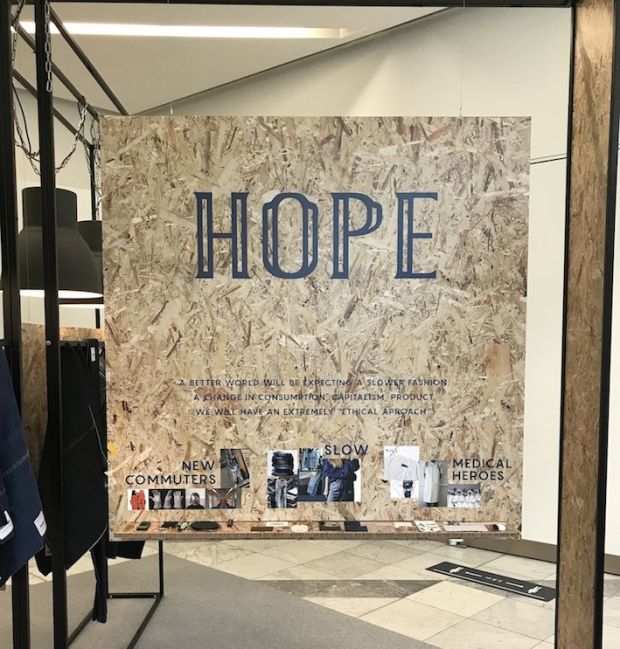 by Sabine Sommer (formerly Kühnl) — September 04, 2020
In these times, the expectations that organizers and exhibitors have of a trade fair change. Until last year it was still a question of how many and which exhibitors were on site or how many visitors found their way to a trade fair. Now, thanks to Corona, the situation has become much more existential: 'Does the event take place at all? ' is the first question in the room these days.

This was also the case with the Fabric Days, the condensed event of the fabric trade fairs Munich Fabric Start and Bluezone, which was held in four halls at the MOC in Munich from 01–03 September.

Until one day before the start, there was hope and fear, because the example of the ILM bag trade fair one week before and its cancellation at short notice due to the sudden rise in the number of infections in the Offenbach district and the associated sanctions by the authorities showed how unpredictable events currently are. They same goes for Première Vision in Paris whose organizers recently announced that they won't hold the usual big physical event this season.

And when it was clear at the start of the week that the Fabric Days could open their doors with a sanctioned hygiene concept, there was still concern whether visitors would come to the first fabric trade fair of the new season. To anticipate it: they came. 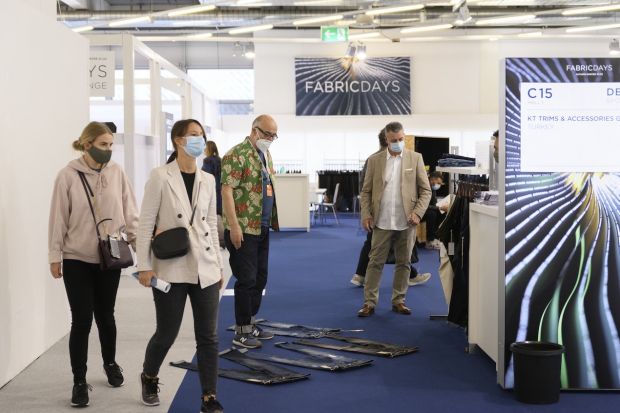 Photo: Munich Fabric Start
Denim & Sportswear area at Fabric days
Without question, there were fewer guests than usual - but as I mentioned at the beginning, expectations have changed since the outbreak of the pandemic. So it is fair to say that the first day of the fair, on which we were present, was a complete success. Not only because the new procedures, including pre-registration, compulsory masks and regulated routes, worked smoothly and exhibitors and visitors alike adhered to them without exception. But also because business took place. This applies both to the segment that normally includes Munich Fabric Start exhibitors and to the segment of denim suppliers that previously gathered within the Bluezone. The latter were now located in Hall 1 in the "Denim & Sportswear" segment with almost 20 suppliers, including Kilim Denim, Diamond, Bossa and Prosperity.

Their German, 'at best' European agents were sent, because travel restrictions, even within many companies, continue to significantly restrict international travel. 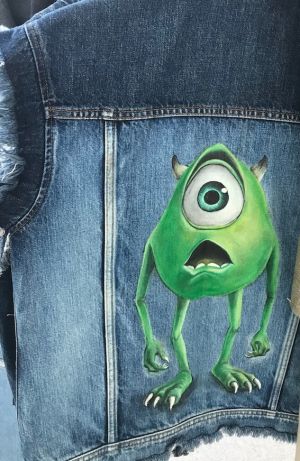 Open gallery →
On this first day, the denim representatives were all in good spirits: "We had no expectations. Now I must say that we are really satisfied, because German customers like Angels and Mustang were here," says the agent of a Turkish denim supplier. Something similar a few booths further on at Bossa, where clients are just checking the new offer: "We have ten appointments today," reports the agent there. And: "As far as business is concerned, we see that the bottom has been reached and business comes back."

Erwin Licher, who was on the road at the Fabric Days for his label Herrlicher, says something similar: "As far as you can foresee, our season is going to be like last year."

Satisfied faces also among the organizers: "Fabric Days is the first fabric trade fair to be held in the new season. First of all, we are happy and relieved that it worked out. And the fact that so many visitors come shows us that the industry has a strong need to finally meet again, to exchange ideas and to see the products directly," says trade fair boss Sebastian Klinder.

Cautious optimism - you can't expect anything more. But for the current circumstances, that's quite a lot. 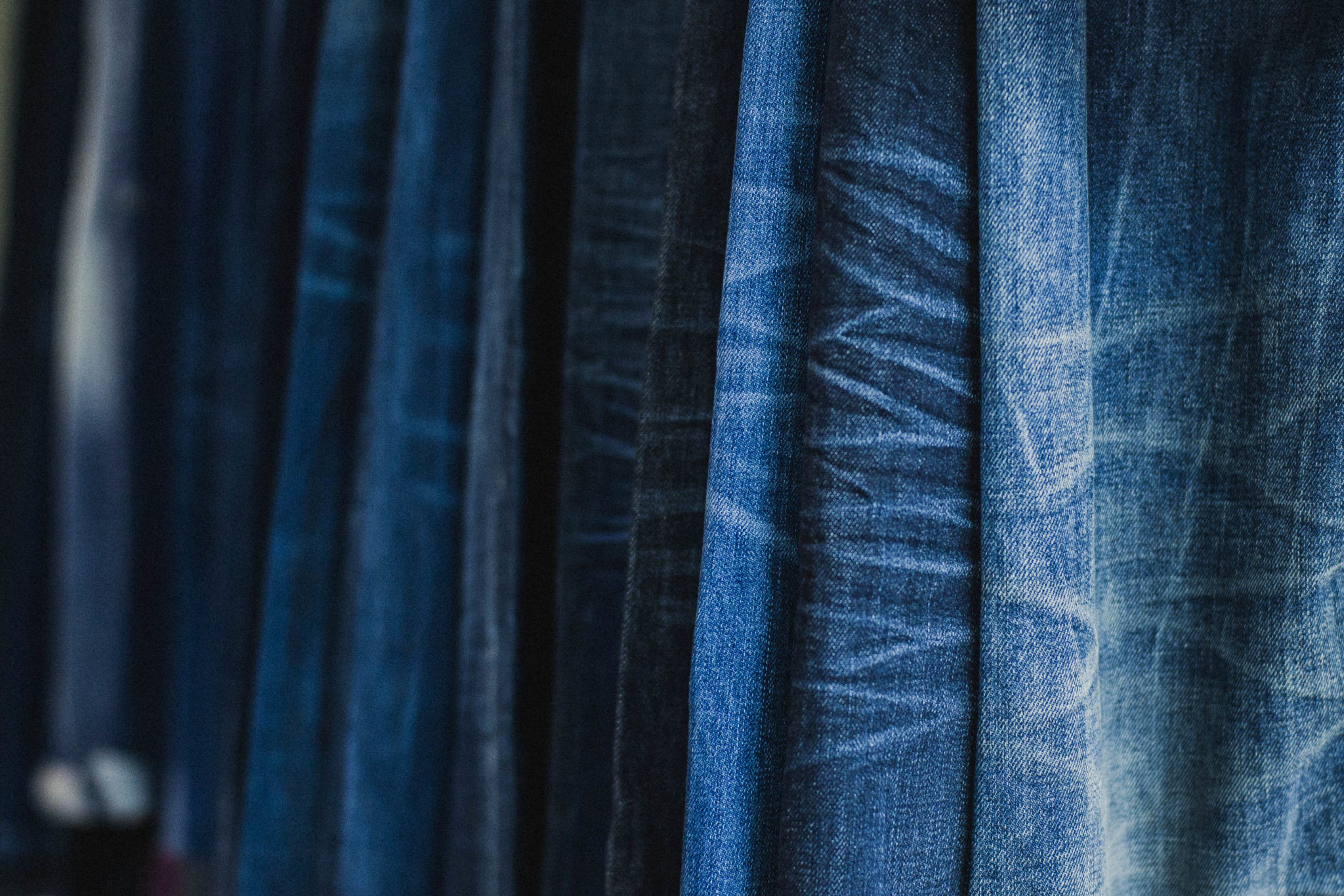 Why Kingpins launches a digital marketplace and changes Kingpins24 format 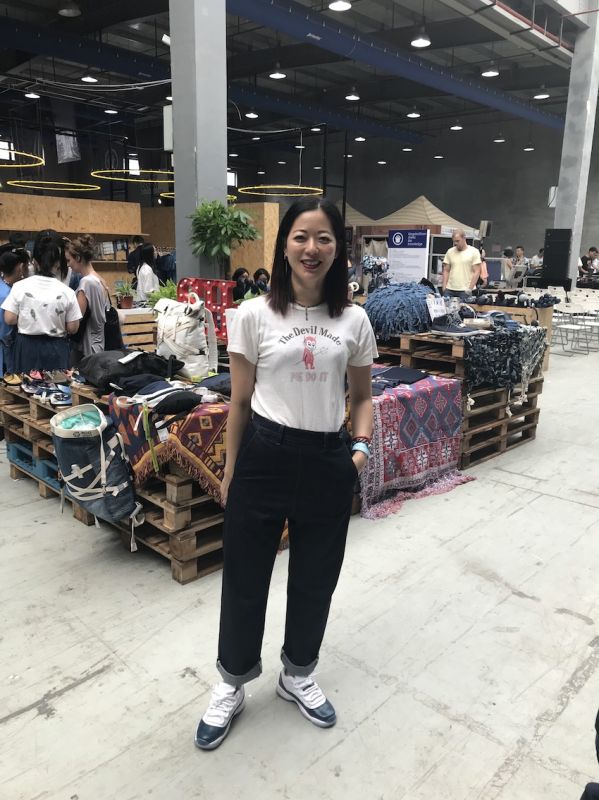 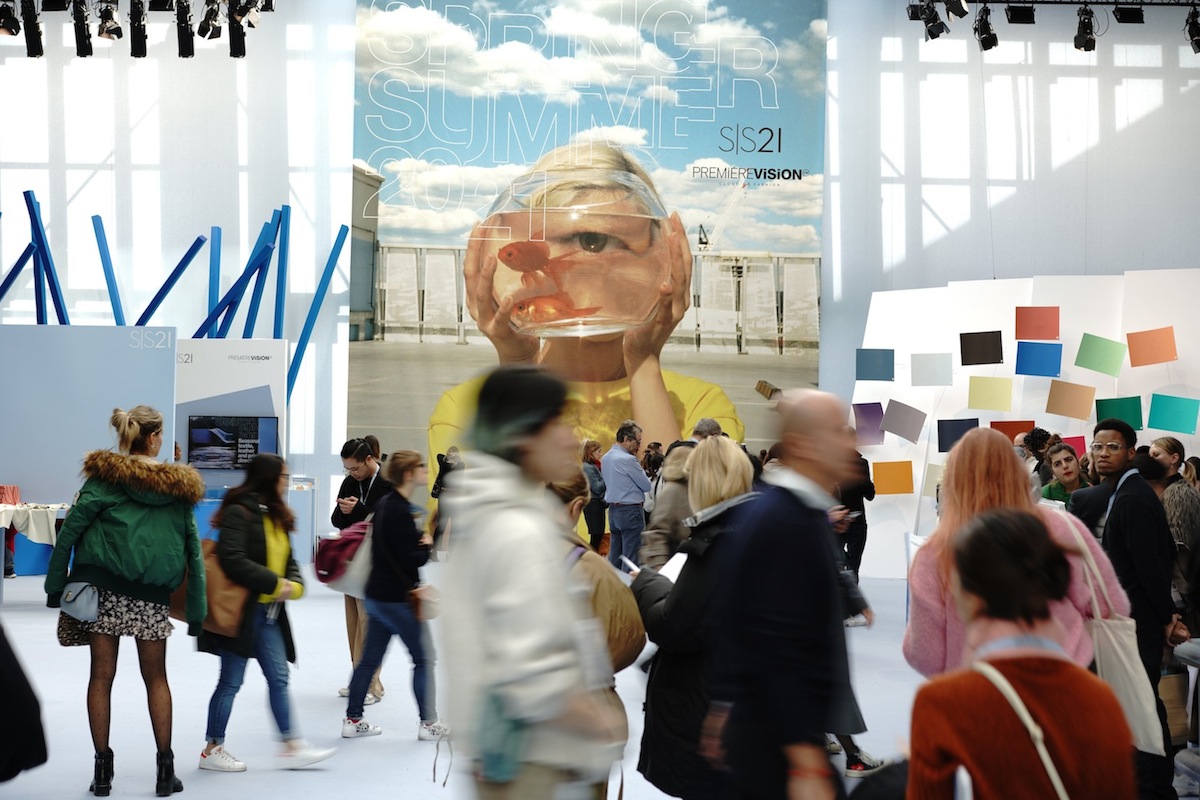