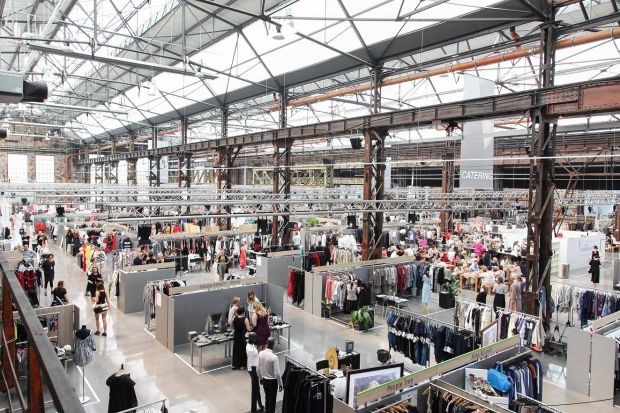 Düsseldorf order days: "This is not Berlin“

Streetstyle at Düsseldorf – trade show company Igedo has started with its new segment Streetstyle@Gallery during the order days in Düsseldorf (22nd until 26th July): In the old “Kesselhaus” on Areal Böhler, where the fairs Gallery and Red Carpet took place at the same time, labels such as Yarn, Wu Wear and Born Originals showed their products and services. Shows and performances by celebrities such as Beyoncé’s dancers "Les Twins“, singer Cassandra Steen, rapper Kollegah and DJ Noah Becker framed the Streetstyle trade show, which was also open to consumers. Thus, according to the opinion of a lot of the visitors, Streetstyle became more an event than a business platform. 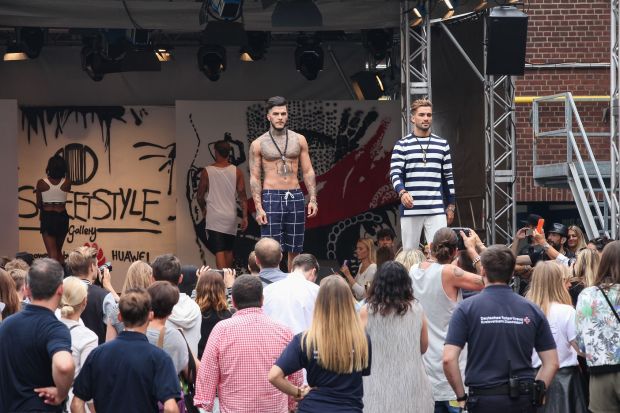 Furthermore, a lot of visitors were wondering about the portfolio of labels. Exhibitors based on the first floor such as Cologne’s Supreme Agency (Bombers Original, Boom Bap, Ridgebake besides others) and Offenbach based distributor Brandpool (Nudie Jeans, Filling Pieces etc.) packed their bags even before the official end of the event: “We haven’t seen any client up here”, says Marco Martini of Supreme Agency. In contrast, Raffaele Vetrugno - who creates limited art T-shirts under the label Deux Belges and already serves clients in Belgium and the Netherlands aims to reach out his business to the German market - was placed downstairs near the entrance and, thus, seemed quite satisfied with the event: “Our brand is not so street, but I got a lot of good comments.”

Next door, where the order platform Gallery took place, the situation is completely different: No show, but real business. “We just met even international clients from Russia and Saudi Arabia”, says Erwin Licher, who participated at Gallery with his label Herrlicher for the first time. “Gallery is much busier than we have expected”, he says. Furthermore, he praises the services which Igedo company offers to its exhibitors. This is an aspect that also Sarah Schulze of green fashion label Haikure emphasizes. She, too, showed at Gallery for the first time and seems to be very satisfied with her decision. According to the organizers, more visitors compared to the last edition came to see about 800 labels on the Areal Böhler-without naming specific figures. 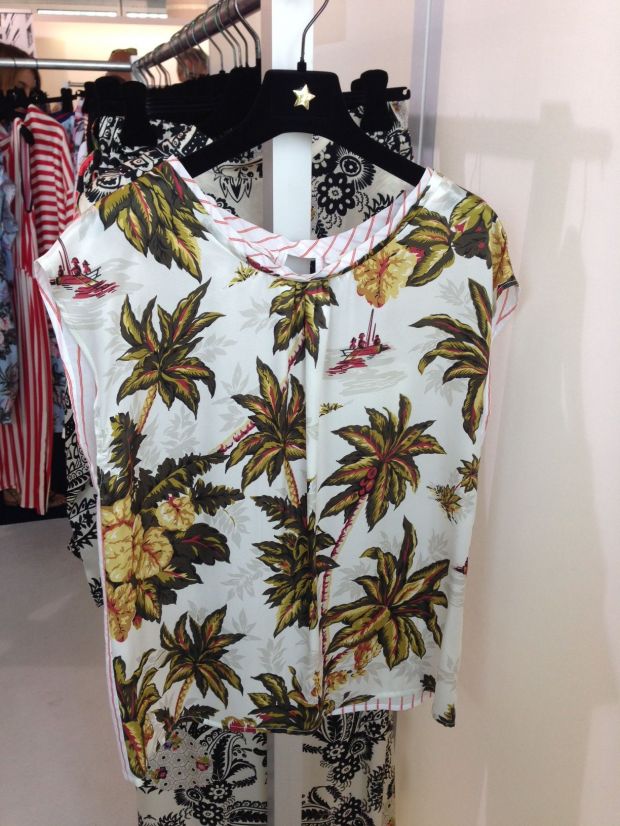 During the order days in Düsseldorf, not only Gallery but also the trade fairs Supreme Women & Men, offering more than 480 collections, and Date as well as fashion houses and more than 800 fashion showrooms open their doors. Especially buyers from Germany and Benelux use this traditional order place for their businesses. Both exhibitors and buyers consistently point out that Düsseldorf still is very important as other fairs are often scheduled at a too early date.

Berlin and/or Düsseldorf – that is still one of the questions the fashion crowd thinks a lot about. The answer depends on the specific needs of the respective brand: “Berlin is show, Berlin has a lot of publicity, but buyers come here”, Sarah Schulze of Haikure, says. “Berlin is also very expensive and for a small label such as mine it is hard to be visible there”, she points out. 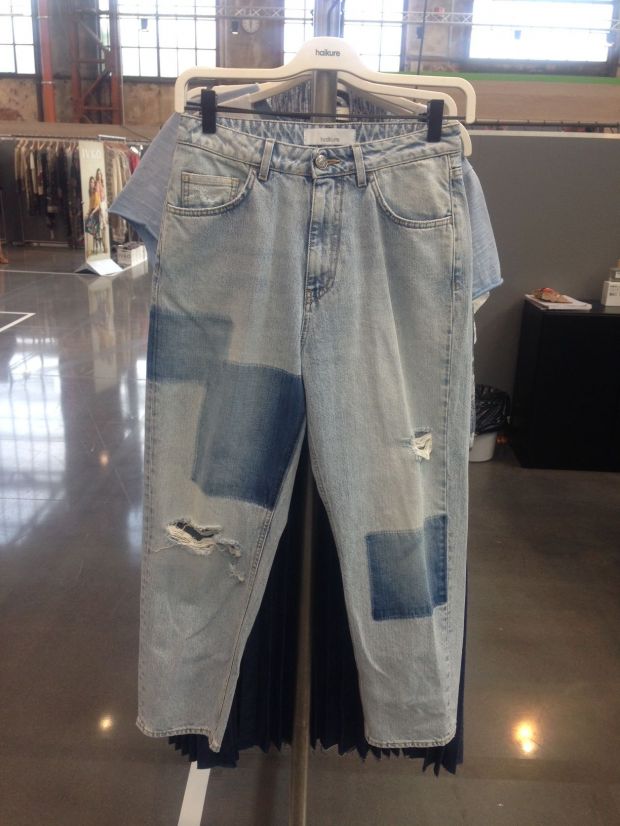 In contrast, she appreciates Gallery’s surrounding conditions, especially for a green label such as Haikure. “One person of the Gallery team is dedicated only for the green labels.” Erwin Licher of Herrlicher points out: “Düsseldorf is a place where the buyers come to place their orders”, but he also adds: “Among Gallery’s exhibitors you really can find some exotic ones.” He used to show Herrlicher at Berlin’s Bright. “Until now, we were focused on Berlin; but here in Düsseldorf, people really do a good job as well”, says Licher.

Harry Heinrich has similar impressions. He presents his collection Shirtaporter at Düsseldorf’s Supreme Women & Men for the first time: “We are absolutely satisfied with this fair” - with the location, the fair’s services, the frequency. We are so busy that we even have no time to clear up our booth”, he says. Berlin’s trade shows at the end of June are too early for him. “Nevertheless the buyers go to Berlin, but only for information reasons, not to place their orders”, he says. For him, that is the main difference between Düsseldorf and Berlin. 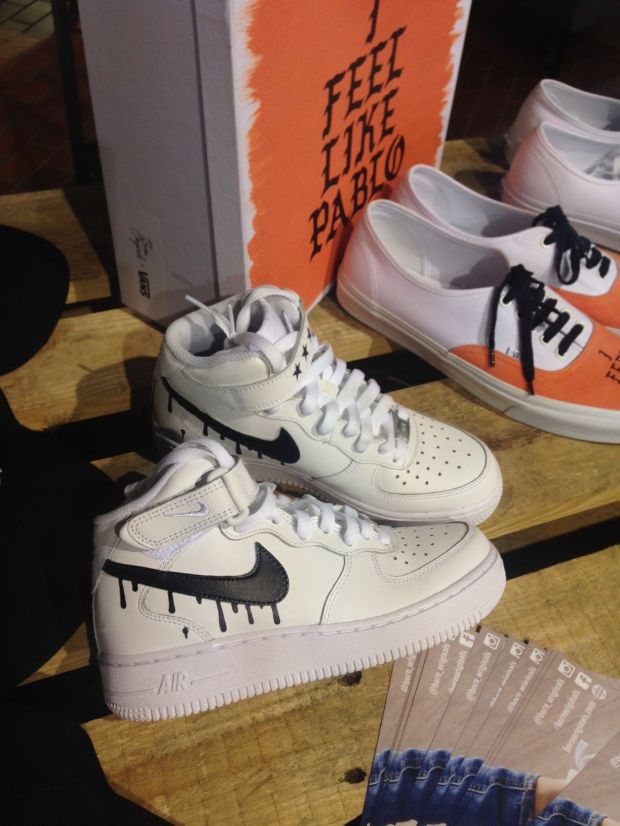 
In contrast, the Dawn denim-team, also part of Supreme, is not that euphoric. They have expected more visitors during Düsseldorf’s order days. And also some accessories labels such as Orelia and Sorbet Bracelets seemed to be better off with Berlin’s fairs. “In Berlin I have met ten times more clients than here”, Sophia Katharina Mamas of Sorbet Bracelets says. Accordingly, Michelle Laudon, Orelia, thinks, that Düsseldorf was much quieter than Berlin. Even Gallery itself played with the differences between the two fashion locations and ran "This is not Berlin" as a slogan.