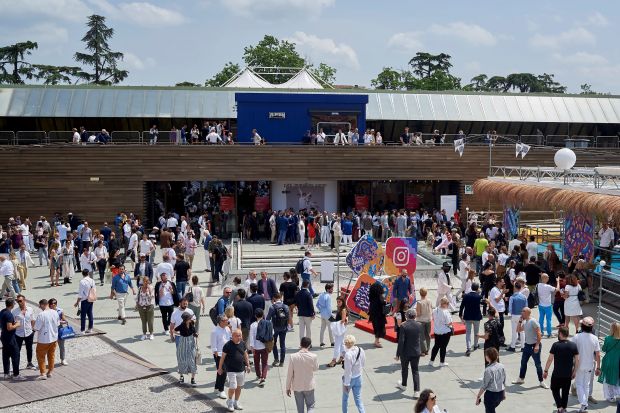 Another successful Pitti Uomo has reached its closing day. The show, held June 11-14, 2019 at Florence Fortezza da Basso, celebrated its 30th anniversary while showing its never-resting approach and lively outlook on presenting the hottest novelties about menswear, sportswear and fashion.

The show, held June 11-14, 2019 at Florence Fortezza da Basso, celebrated its 30th anniversary while showing its never-resting approach and lively outlook on presenting the hottest novelties about menswear, sportswear and fashion.

The event was crowded and lively from day one and visited by international insiders and buyers. According to first results it expects to close this edition registering a total of about 30,000 visitors and 18,500 buyers from almost 100 foreign countries.


"This is a difficult year," said Raffaello Napoleone, CEO, Pitti Immagine. "Everyone knows that global commerce results are generally slowing down and fashion in Europe feels influenced by that, too. We at Pitti Uomo already expected that some slowing down might have occurred after a series of growing seasons. Though results are keeping positive. Some important markets such as France, Turkey, Hong Kong, Belgium and Russia are growing. Others are losing some marks as, for instance, Germany, Spain and Japan."

Pitti Uomo celebrated its 30th anniversary with Romanzo Breve di Moda Maschile–A Short Novel of Men’s Fashion, a special exhibition held at Palazzo Pitti spotlighting some of most outstanding menswear pieces that were part of the show’s and men’s wardrobe evolution.

The leitmotif of the show, focused on s/s 2020, was sustainability. It was seen from very different market segments, though more aspects have characterized collections and events.

Sustainability was the real must for most exhibitors even if it was interpreted differently–though always showing how much the industry is trying to better its performance and lower its impact. 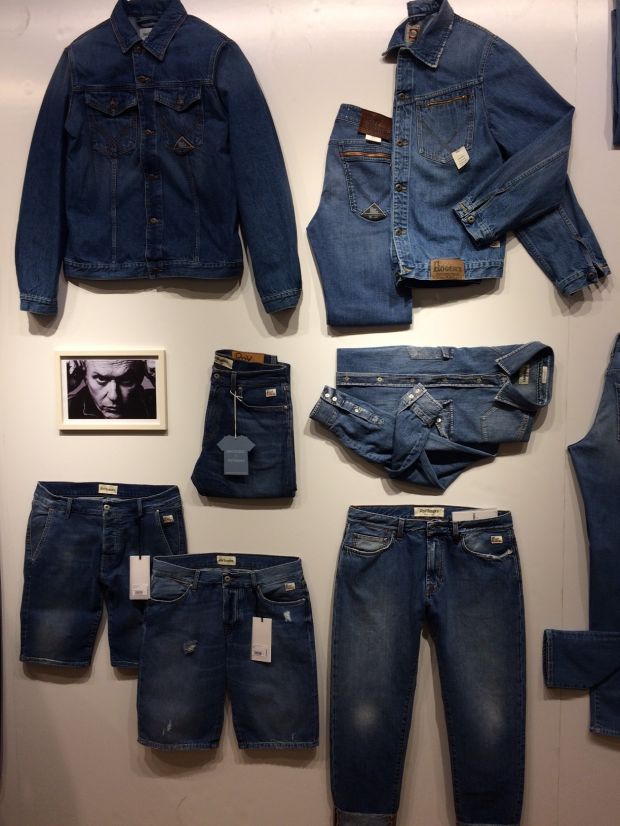 A special jacket offered by Blauer is entirely made–from fabric to padding–with Repreve, a sustainable fiber patented by Unifi and made entirely using post-consumer food-grade plastic. These materials are completely free from the harmful substance bisphenol.

The newborn sneaker P448 brand has also launched its new eco-friendly shoe model whose upper is made with recycled leather. 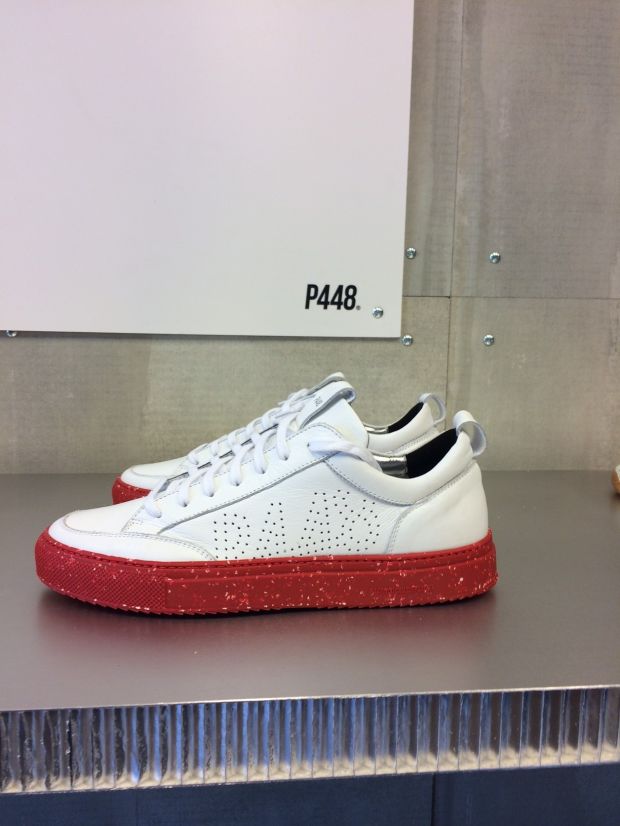 As part of Womsh sneaker collection there is a vegan model whose uppers are made with recycled cotton and rubber soles are made with 50% polyrethan and 50% of a particular material obtained from apple fiber. Marinella tie specialist also launched a series of ties made with Orange Fiber, a cellulosic fiber obtained from orange peel.

Roy Rogers launched its new collaboration with Sebago and reinvented the penny loafer shoe adding a detail on its upper carrying a red selvedge element.

Richard J Brown launched a new line of products made with a special denim carrying copper brown edgings in tone with the brand’s copper accessories.

Among the top collaborations a special project was carried ahead between the German jeans brand Closed and the Florence concept store Société Anonyme offering a capsule of special fit denim pieces and gender-fluid items.

Deconstructing is an art that Baracuta has learned rather well as the British brand is constantly innovating itself season after season. Among other collabs it offered is a capsule collection that involved the Atelier & Repairs studio from US. The line offers a few jackets completed by special patches from stock fabrics in khaki hues or lively colors. 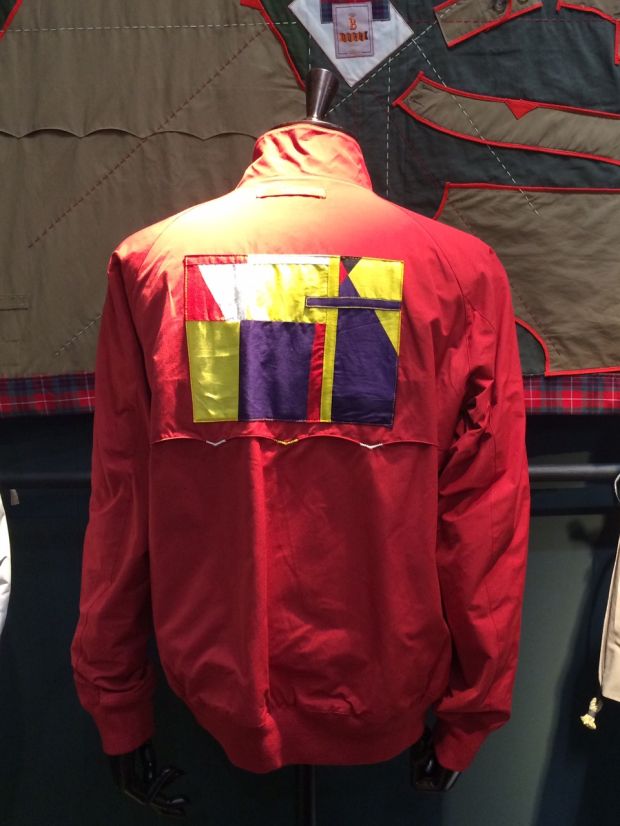 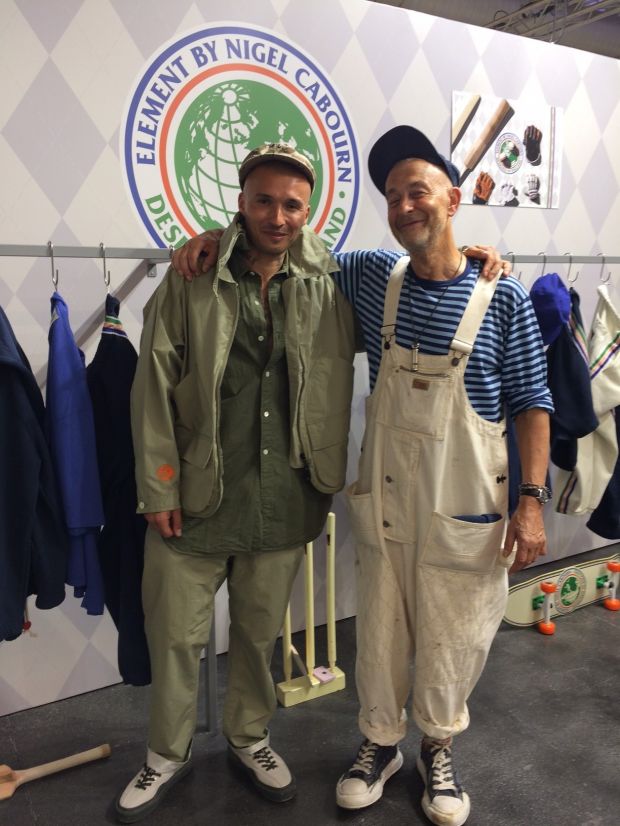 Among the personalities who distinguished themselves for this edition were Marco Boglione, president and founder, Basic Net, who was awarded with the Pitti Immagine Uomo Award 2019 as founder of the first marketplace in apparel whose business model is centered around the Web. 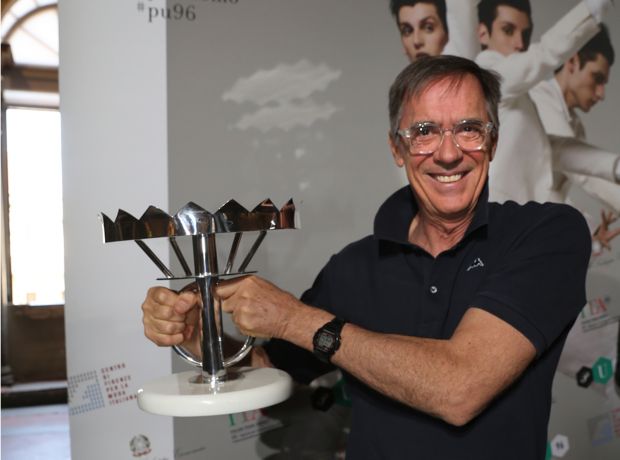 Dave Edwards, denim designer, Petrol Industries, is a longtime expert of the jeanswear and denim industry. “I think the future of denim will go toward wider and more comfortable fits and a return to rigid denim,” said while presenting a selection of denim items ranging from soft rinsed to harshly aged, along with operated effects such as denims carrying dobbies or handwritten-like prints

Superdry has refocused its offer with standalone and more pieces and that are meant to be more coordinated. Its selection includes: Dry, a redesigned collection of its classics inspired by iconic cities; SDX, aimed at Gen Z mixing inspiration from streetwear and outdoor apparel; and The Edit, aimed at the slightly older consumer looking for modern though premium quality items. 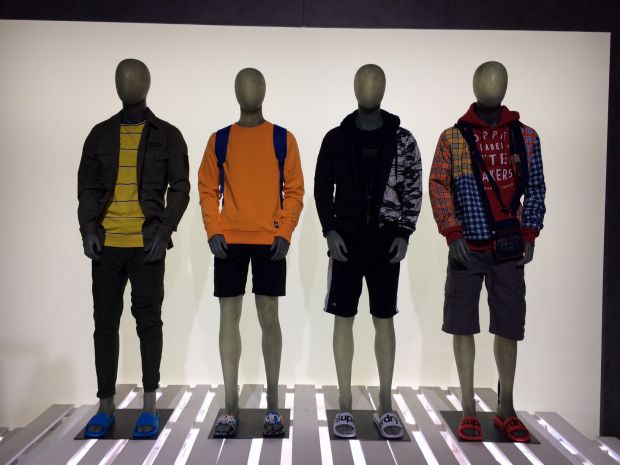 In addition, the historic 100% Made in Italy leather jacket brand Stewart after being bought by entrepreneur Vittorio Piani, is ready for new projects including the launch of a woman’s fashion-minded complete total-look line.

While remembering the eclecticism of its creative genius/founder, the Karl Lagerfeld brand paid homage to the designer with a cool booth presenting all products created so far under thr Lagerfeld creative umbrella while Endless artist painted a special art piece in memory of the unforgettable Kaiser Karl. 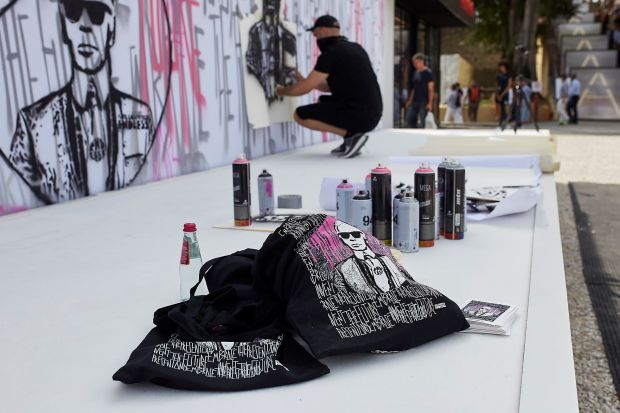 Garment dyeing is back. This technique is hugely returning as the market is looking for fresh inspiration and new hues and can be applied to almost every fiber and item–whether jeans or nylon jackets–in fast productive times. Among them, Hand Picked offered complete total looks, including accessories and high-quality tops in green and red brick.

Ten C. offered a new range of garment-dyed jackets made with the special Japanese OJJ nylon jersey that once washed becomes soft touch and water resistant.
Metallics are another must-have of the season as interpreted by Mackage that used very lightweight ripstop fabrics for its lightweight down jackets while including a metallic stratum underneath to provide a soft metallic shine. 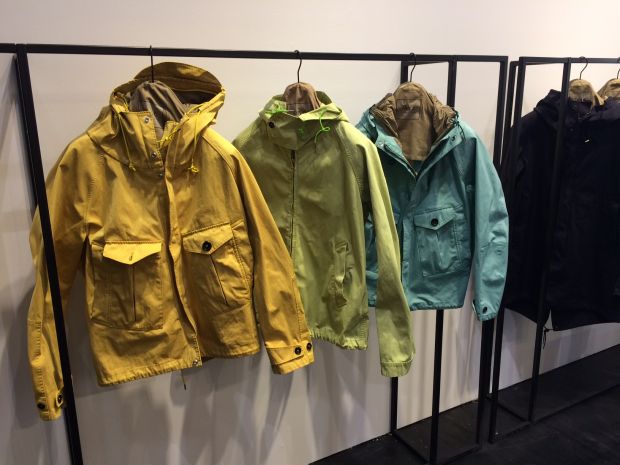 Renowned hat brand Kangol debuted its apparel. The Italian distributor of the brand Number 15 created a line of jersey pieces, sweatshirt tops and trousers completed by embroidered logos of the famous kangaroo.

And Moose Knuckles debuted in denim with a collection of acid washed jeans jackets. 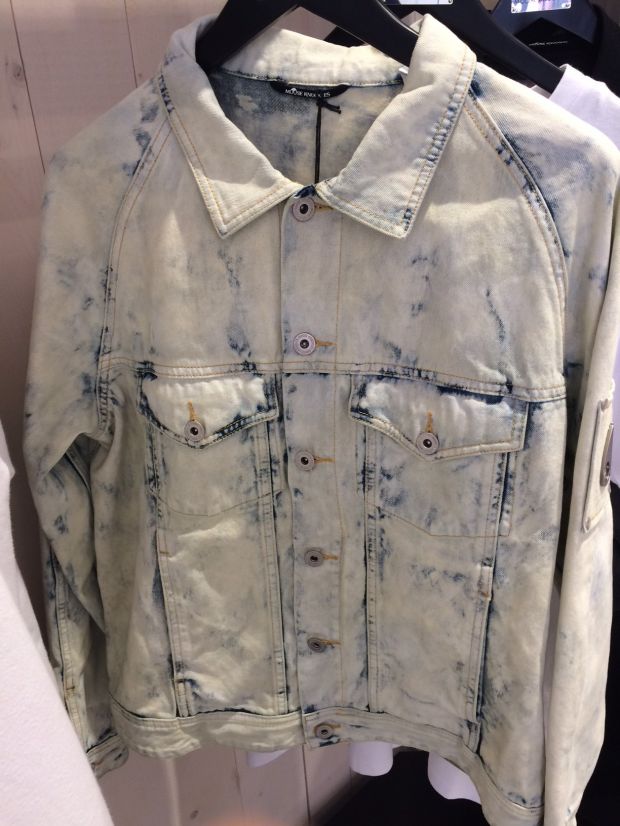 Among the coolest parties in town Jacob Cohen hosted its guests at Palazzo Gondi, at a few steps from Palazzo Vecchio and overlooking the whole city. For the occasion it launched a special selection of sneakers, including a very few exclusive styles that can be customized with special details upon request. 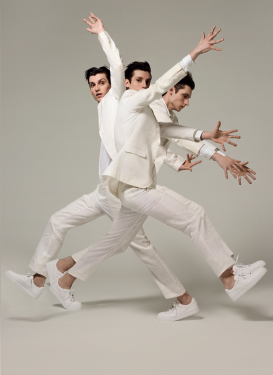 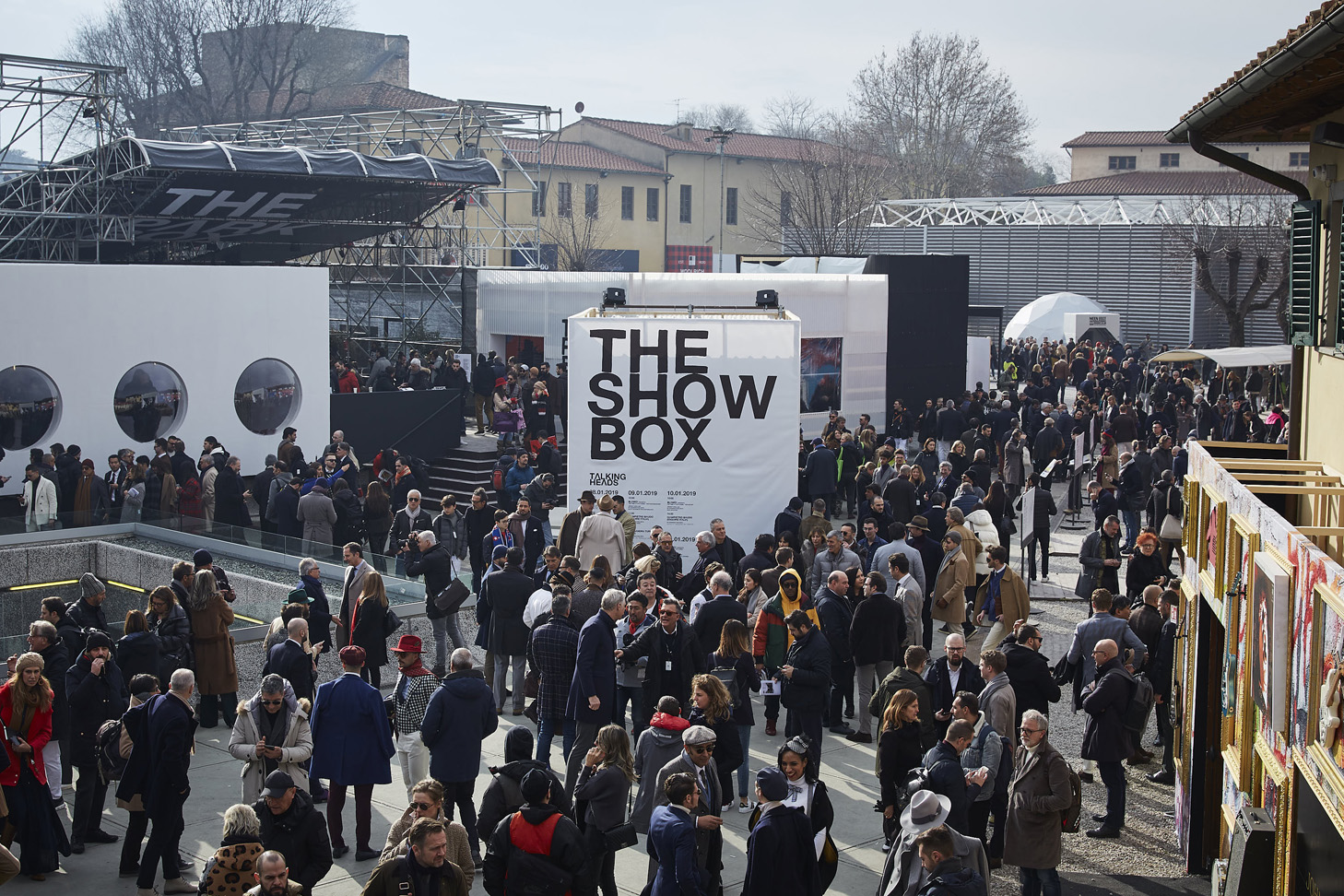 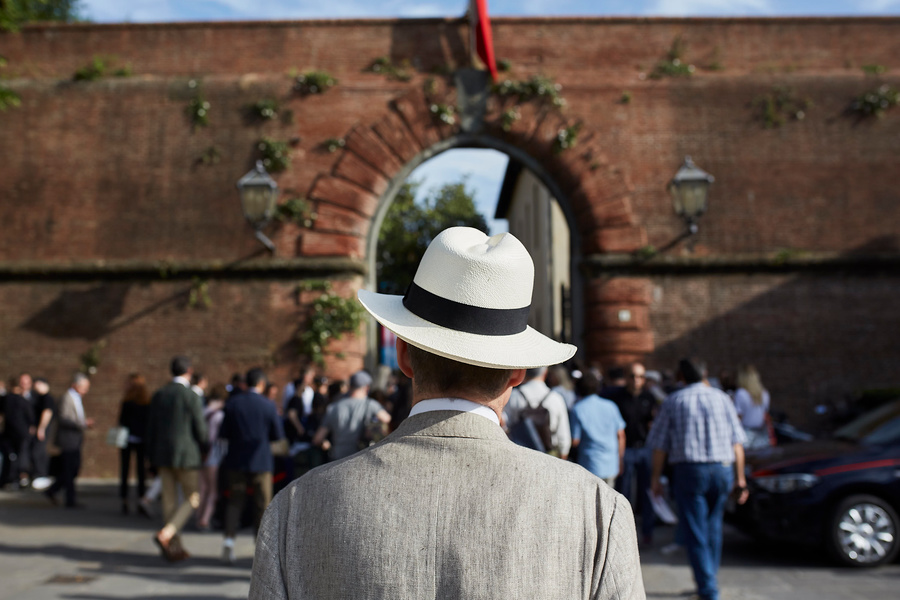