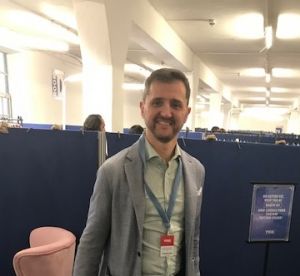 Differently from what previously announced (also see: https://www.sportswear-international.com/news/stories/Interview-London-gets-dressed-in-blue-for-next-Denim-PV-14400), the next edition of Denim Première Vision will take place in Milan’s Superstudio Più on May 28-29, 2019 and not on June 5-6.

“I decided to run our show one week earlier to let our Muslim faith exhibitors and visitors celebrate and enjoy the Bayram with their families,” commented Guglielmo Olearo, Denim Premiere Vision director and Premiere Vision’s international exhibitions director.

For the following 2019 edition happening in London for the second time nothing will change. It will occur on December 4-5, 2019 as previously noted. The first London edition was successful having attracted 2,344 visitors, up by 17% vs. November 2017.


The US, which also numbered among the show’s top 10 visiting countries, saw a decline in attendance (-25%) at the show.