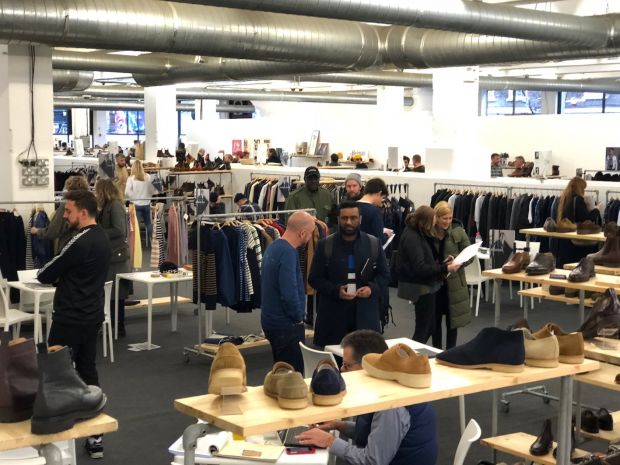 Tradeshow Jacket Required wrapped up its FW19 edition (23-24 Jan.) last night, closing the doors to east London’s mighty Truman Brewery until next time. The former menswear-focused fair started incorporating womenswear a few seasons ago, and though its identity is still decidedly masculine in feel, many brands opted to showcase ranges for both genders. French heritage brand Le Mont St Michel were among the show’s first-time exhibitors, with a spacious stand in the section next to the entrance – arguably the busiest part of the terrain.

Said Marie Milan, co-founder Le Mont St Michel: “Our first outing at Jacket Required has been a positive experience. It’s been busy and we’ve been able to introduce our men’s and women’s ranges to several new buyers from the UK and beyond.”

Marie Milan’s feedback was echoed elsewhere. Most exhibitors seemed satisfied with the show, noting that day one was busy but day two started on a quieter note, though footfall increased in the afternoon. The reason why many attendees chose to visit on day one might well be due to proceedings kicking off with a panel talk on slow fashion – led by fashion commentator Caryn Franklin accompanied by prestigious panelists including London designer and Timberland creative director Christopher Raeburn; and G-Star Raw’s Head of Global Sustainability, Sofie Schop.

Here, a few highlights from across this season’s diverse show landscape:

It was nice to see London’s only jean factory Blackhorselane Ateliers at Jacket Required this season. The team was on hand to carry out jean repairs from their pop-up workshop, alongside which a selection of BLA raw denim men’s jeans and jackets were presented to potential retail partners. 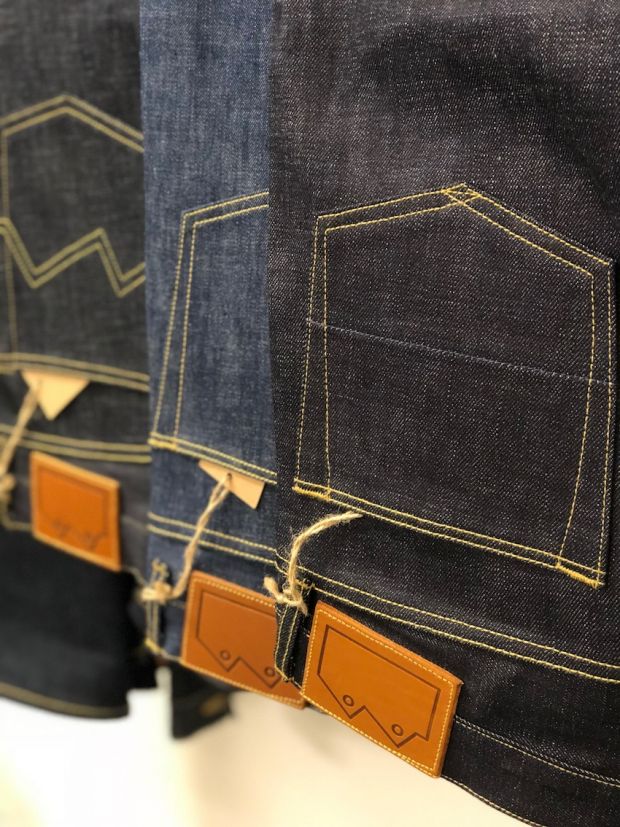 Footwear purveyor Cat deserves its position at the top of the chunky-sole-trend-ladder, as it excelled in this category back in the ’90s. A myriad of FW19 sneakers in the so-called Re-Powered range were lined up at the show, stirring quite a lot of interest. 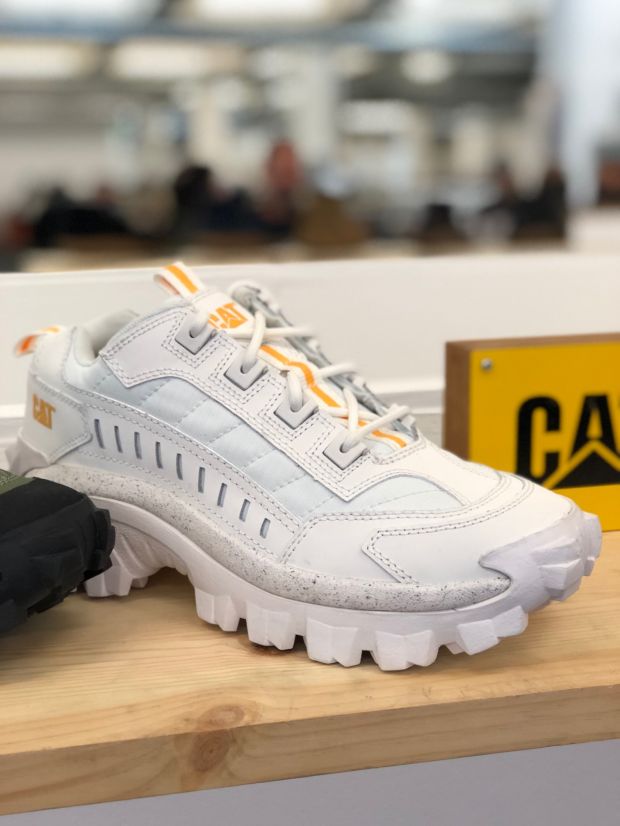 Founded in 1913, Le Mont St Michel is keen to celebrate its heritage. The French brand’s unisex workwear jacket is an archival carry-over style made in cotton canvas. One new shade is brought out once a year. Bottle green is the shade of 2019, and we quite fancy this denim-like blue shade, too (see photo). 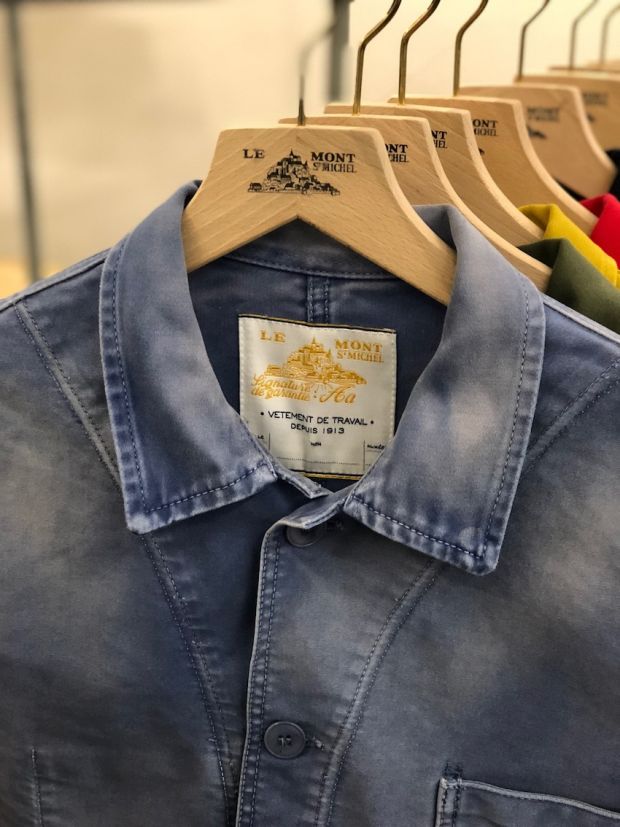 Christopher Raeburn, who drew crowds on day one with his talk on slow fashion, had brought a good portion of the Raeburn FW19 collection to the fair. In celebration of the brand’s 10th anniversary, the range features all manner of remade and recycled elements. A particular highlight: the puffa jacket filled with waste material from the Raeburn Lab, and enrobed with surplus parachute material – a house signature since day one. 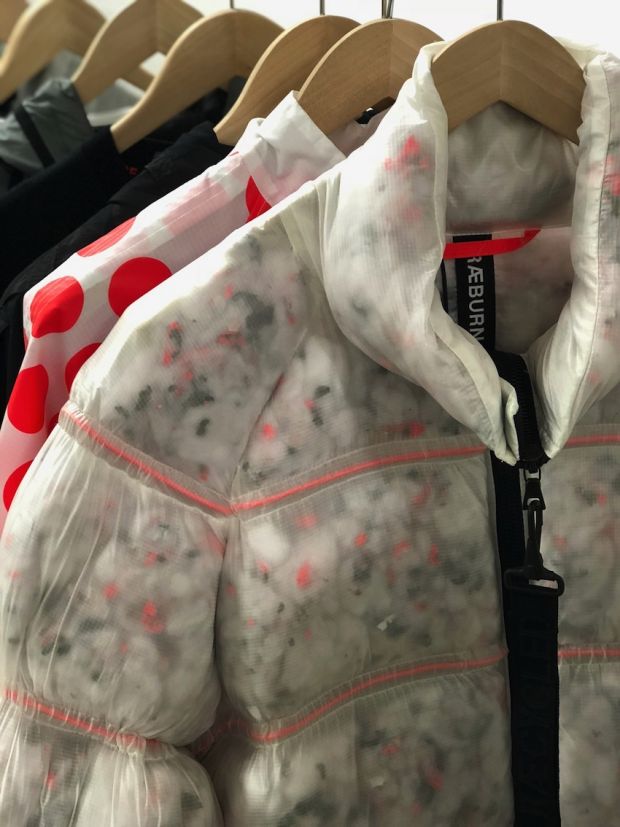 Fjällräven’s Kånken backpack has been given an arty makeover. Two Nordic artists, Erik Olovsson and Cecilia Heikkilä, have lent their creativity by way of expressing their relationship to nature, resulting in the pictured camo-like spring/summer landscapes (Olovsson) and a more intricate “fable” motif (Heikkilä). These new additions – available in mini and regular sizes and two colorways for each print – form part of the Fjällräven’s Arctic Fox Initiative, which supports climate/environmental projects. 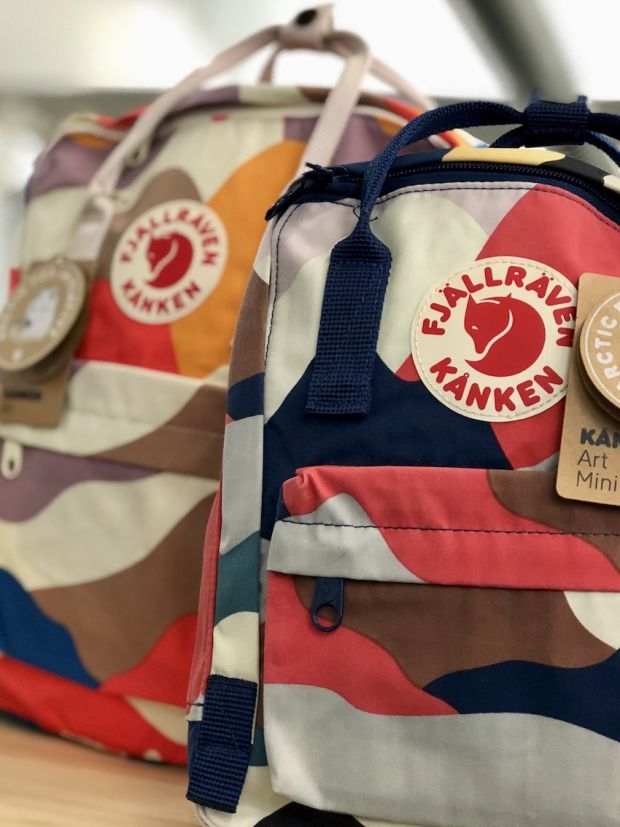 Sustainable UK-based label Absolutely Bear shuns the seasonal system, simply focusing on a collection of ethically made, high-quality wardrobe essentials for men and women. New designs are added occasionally – such as this bear-adorned tee. It’s been screen-printed in London onto organic cotton jersey, and a local tattoo artists is the creative brains behind the illustration. 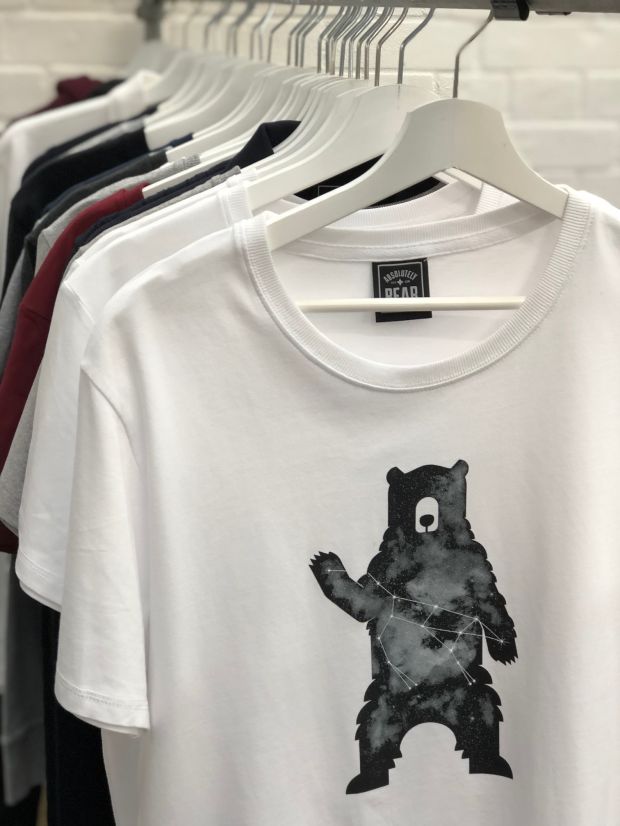 Happy Sock, founded in Sweden in 2008, continues its gentle expansion. Following the launch of underwear, the Swedish brand has introduced swimwear for SS19. Characteristically cheerful prints – watermelon slices and ice cream cones included – adorn swim trunks for men, and we also spotted a selection of swimsuits in equally upbeat renditions. 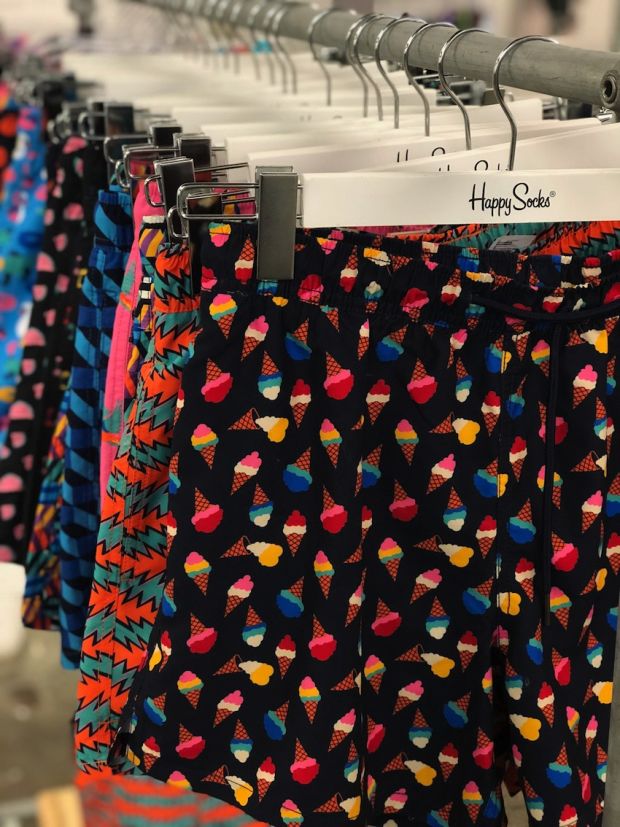 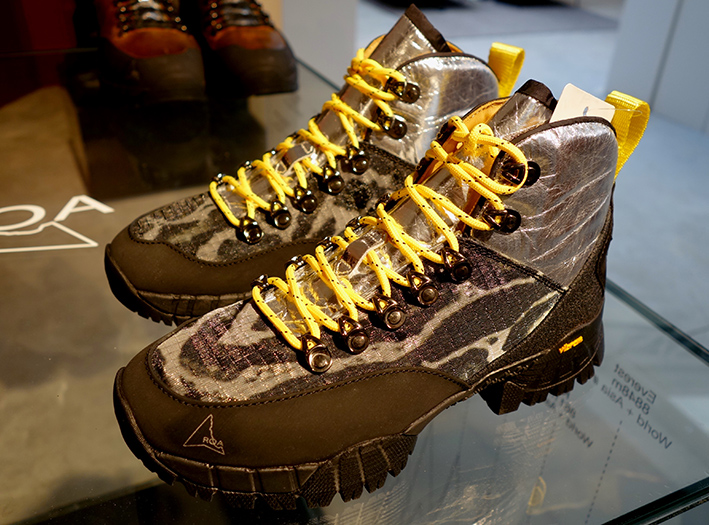 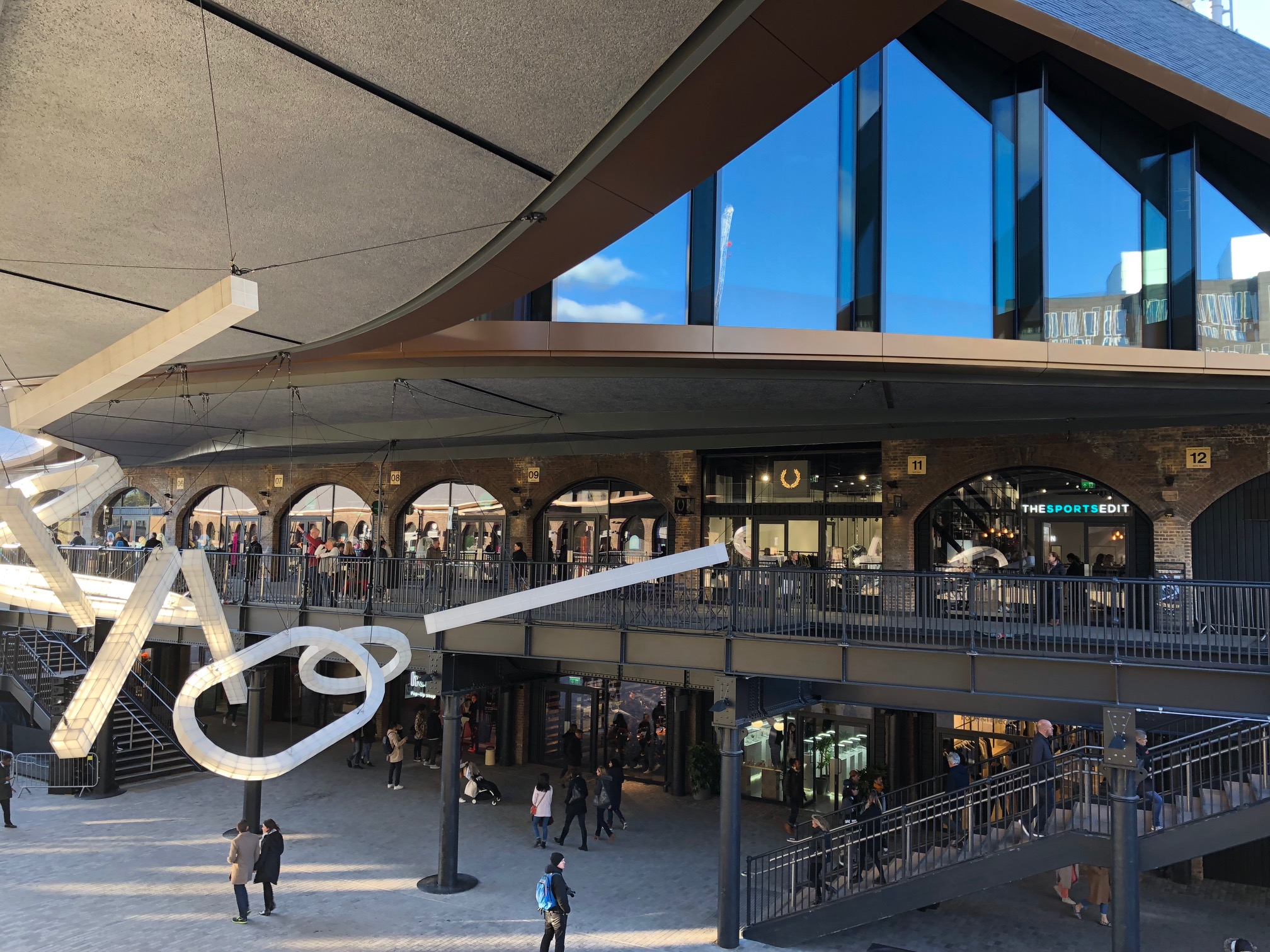 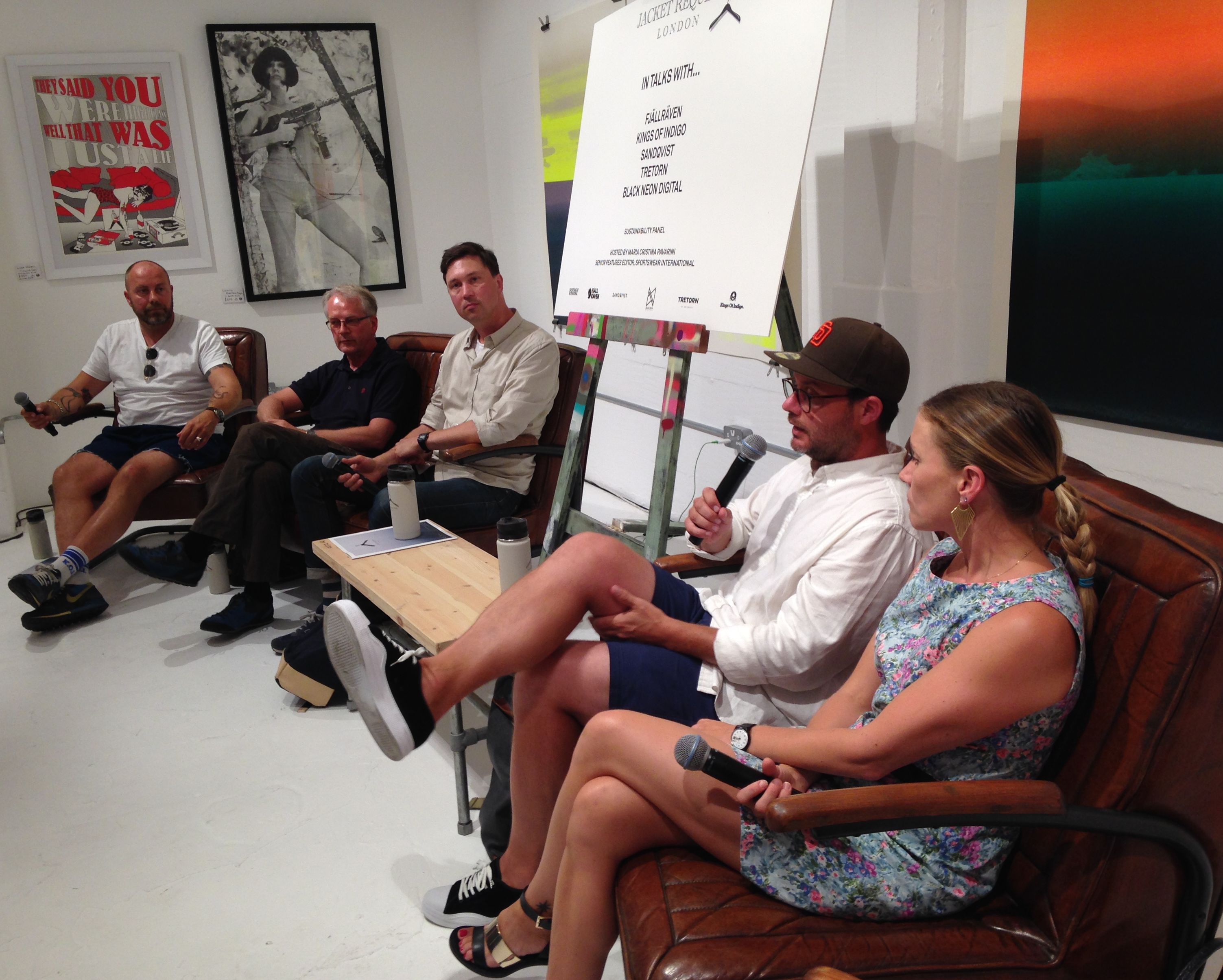 Check out Jacket Required’s “In Talks With- Sustainability Panel” 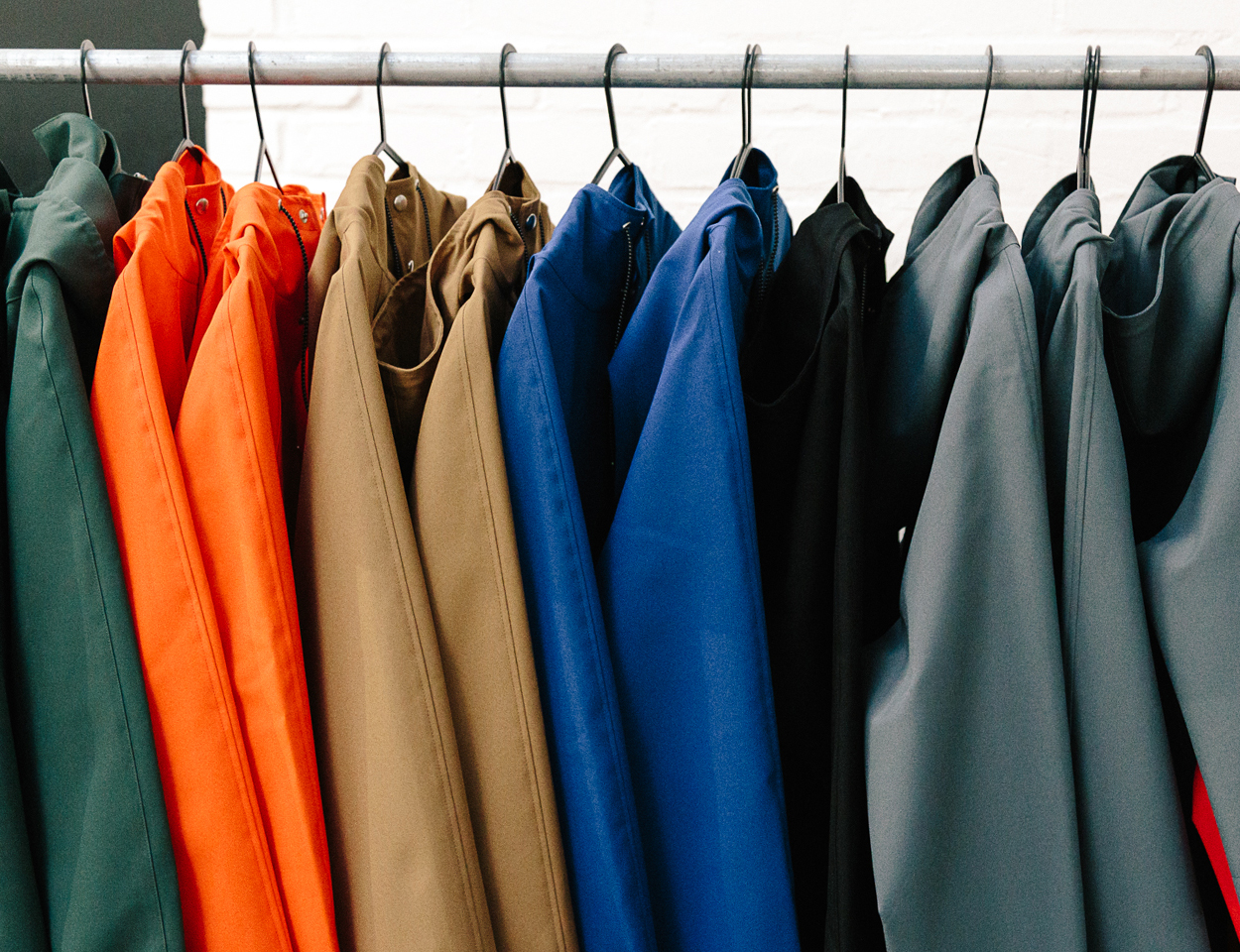 Why London’s trade shows are worth a visit 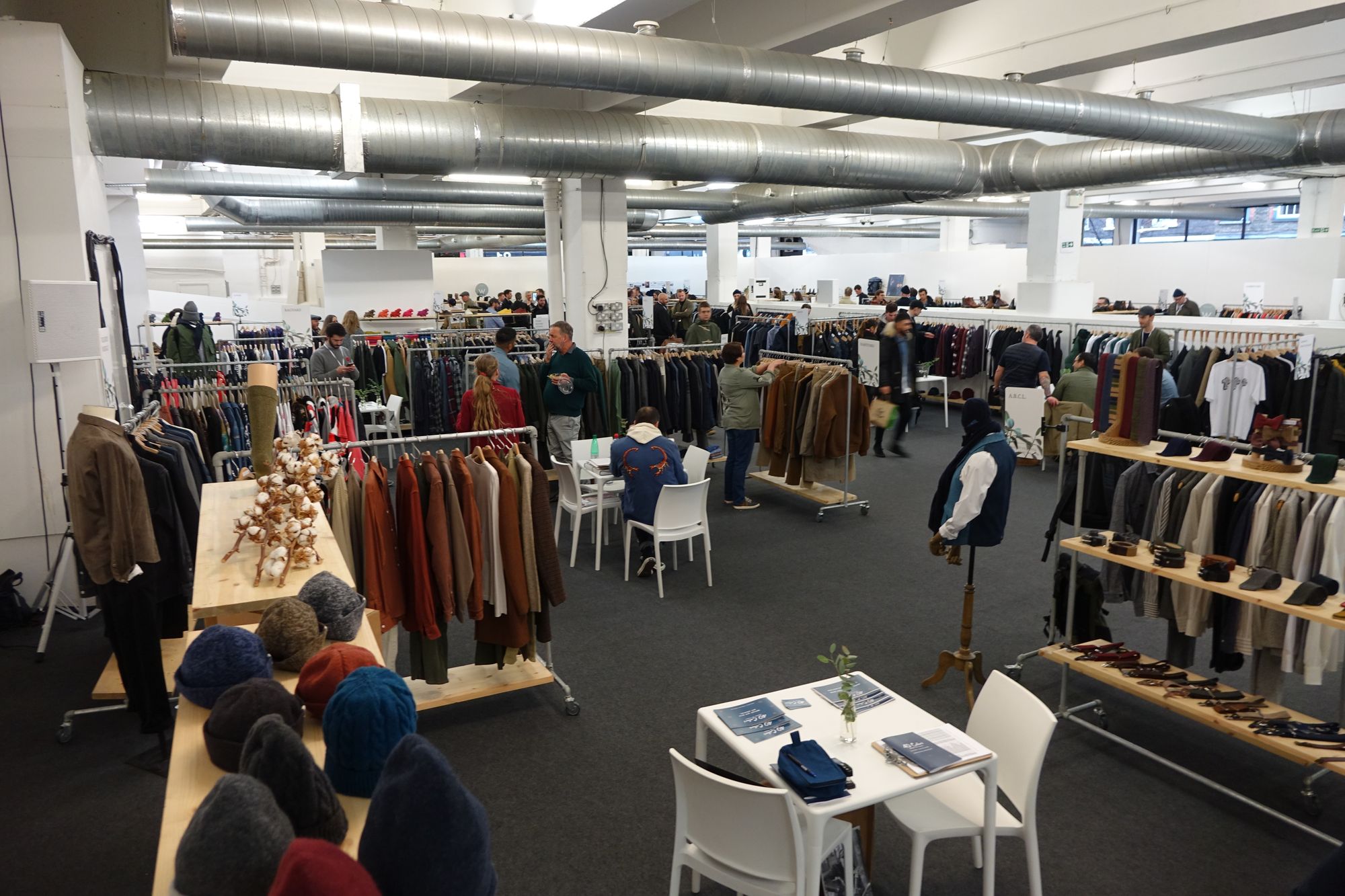