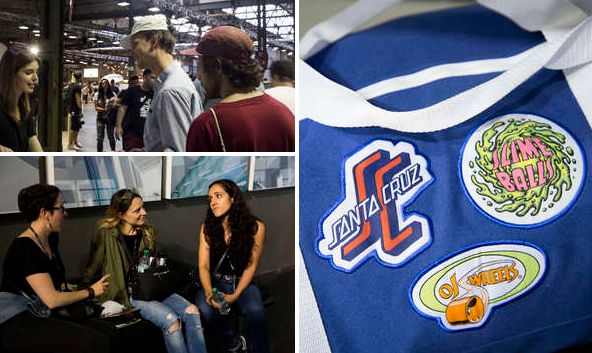 Berlin calling – what you shouldn’t miss next week

The countdown is on: As of next Tuesday, Berlin will turn once again into the German fashion capital with plenty of fashion trade shows. While Skateboarding event Shitfood Mongoland is on its regular winter break, Berliner Modesalon, Bright, Green Showroom, and Ethical Fashion Show, Panorama, Premium, Seek, Show & Order, and The Selvedge Run, will rock the city. Read here, what’s new and what you shouldn’t miss next week. 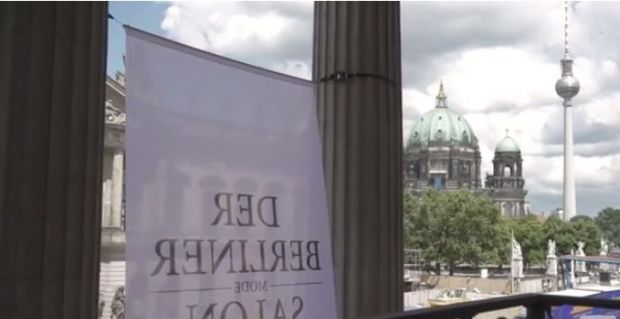 The Berliner Modesalon announces more locations for this season: In addition to the main location Kronprinzenpalais, where over 40 design talents like Goetze, Margova Jewellery, Marjana von Berlepsch and Rianna + Nina will exhibit, there will be fashion shows as following: The labels Odeeh and Malaikaraiss will have their shows at the Humboldt Forum/ Berliner Schloss, William Fan will showcase his latest collection at ESMT berlin and Marina Hoermanseder’s runway show will take place at the Kaiserliche Telegraphenamt, all of them in historical buildings. The curated group exhibition by all designers and the Vogue Salon will however remain at the Kronprinzenpalais and will be open on Wednesday, 18th of January from 2-6pm. 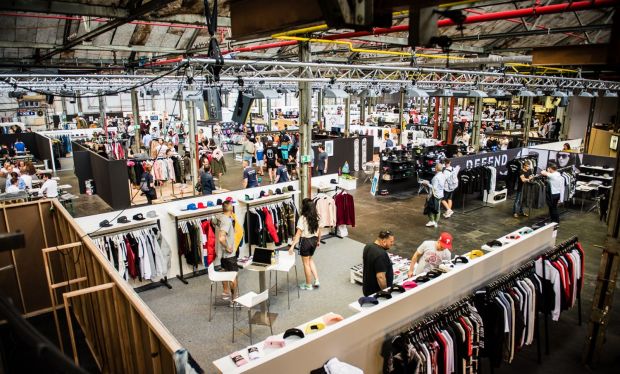 Directly connected to its Premium Group sister show Seek, Bright will present its skate- and streetwear brand portfolio on 4,000 square meters at Arena Berlin, this time debuting with some newly introduced focus areas.

Bright’s new ‘Outdoor Aesthetics’ area will present brands from the young outdoor and techwear scene that blend high-performance with street-appeal and style, including names such as Alchemy Equipment, Arys, Deejo, Everyman, Heimplanet, Keen, Leatherman or Stanley.

Another novelty is Bright’s ‘Accessories - Advance Details’ area, dedicated to the small things: bags, glasses, headwear, jewelry, watches or phone cases. Amongst the exhibiting brands will be MiPac, Slydes, Doughnut or Lousy Livin.

Additionally, Bright will dedicate its ‘Glashaus’ space to Urban fashion and hip-hop, rounding up the show’s ultimate ‘Street’n’Skate’ area with meaningful brands and collaboration projects from the Urban segment as well as hosting DJ sets, live performances, exhibitions and a separated chill-out area.

For the sixth time, Bright will be hosting the Bright European Skateboard Awards (BESA) at Berlin’s Astra Kulturhaus on January 17. Prizes will be awarded in 11 categories - for the first time including European Female Skater of the Year. While some categories are determined by public vote, others are judged by a jury made up of 150 professionals from the larger skateboard industry. And of course, that’s not the only party/side-event, Bright is involved in… 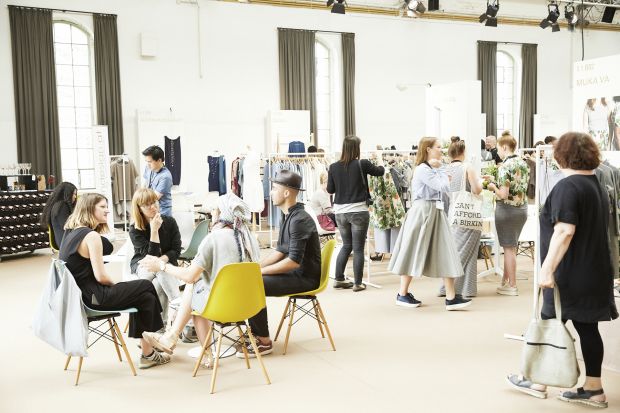 Greenshowroom and Ethical Fashion Show Berlin will start with more exhibitors and more space into the next round. With a total number of 178 exhibitors participating, all the options that the Postbahnhof offers have been exhausted.

Greenshowroom will be held on a 20 per cent bigger surface area, hosting 15 per cent more labels.

40 international eco-brands will provide their looks on the upper floor of the Postbahnhof. The Ethical Fashion Show Berlin, with 138 represented labels, will also expand its presentation surface area: For the first time also the Club of the Postbahnhof will be used as exhibition space where visitors will find a "Patch-Work Customising Station" in collaboration with Sportswear International and the denim artists at Balagans, among others.

The two shows "Salonshow" and "Ethical Fashion on Stage" will take place at the neighboring Energieforum, which is located within three minutes (walking distance) from the Postbahnhof. At the "Salonshow" on Wednesday, 18 January at 5.30 p.m. and “Ethical Fashion on Stage" at 7.30pm highlights from the following labels can be seen: Austriandesign.at, Biaggi, Blue Valley, Inti Ferreira, Johanna Riplinger, Lanius, LaniusXKunert, Royal BlushElementum, Greenbomb, Jaspe,  Komodo, Naturaline, Organication, Shirts for Life, Tranquillo and Ukua Lov Baby.

Other events such as presentations and panel-discussion complete the Green fair offer. 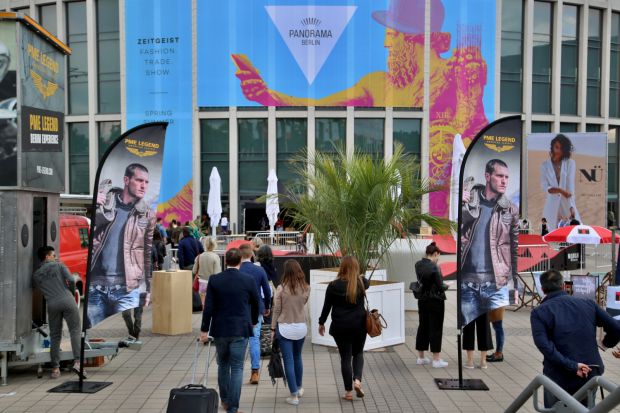 The new A/W edition of Panorama Berlin this January will introduce a lot of novelties for the visitors. The organizers have announced to sharpen the profile of its NovaConcept. New exhibitors from the denim and urbanwear sector should help to present a more stringent brand portfolio with a clear focus on denim and urbanwear in combination with selected lifestyle articles for the upcoming autumn / winter 2017/2018 season.

New exhibitors such as Lee, Guess, Fornarina, Wrangler, Solid, Tigha, Marciano, In My Hood and The Freshbrand have confirmed their attendance at Panorama Berlin along with old faces such as Bench, Ben Sherman, Didrikson, CG Club Of Gents, Cinque, Nagano and Mavi.

In addition to the expansion of the denim and urbanwear area, Panorama Berlin will also launch an own area for lingerie, underwear and lounge wear. On a total space of 1300 sqm based in Hall 7C, at the former event catering hall, Panorama will house around 40 brands, such as: Annebra, Aristoc, Aubade, Berleisport, Chantelle, DKNY Sleepwear, Guess and Hanro. 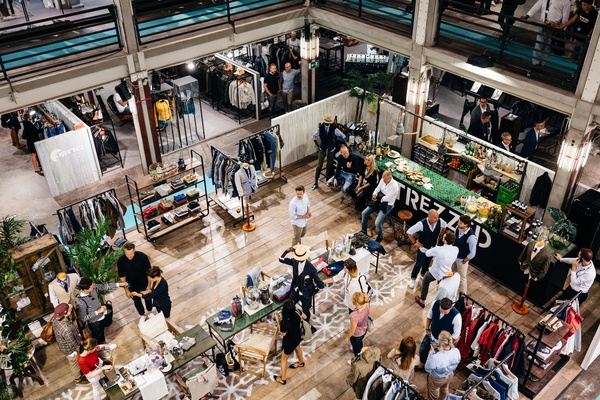 The new edition of Premium Berlin puts the focus on the new trend outdoor styles. After the big athleisure trend from summer 2015, outdoor styles are marking the new segment for A/W 2017/18 at Premium Berlin. A lot of brands like Bogner, Colmar Originals, Moon Boot and Dolomite for example focus on attributes like dynamic, function and performance in their collection.

The 7th edition of the platform #Fashiontech will take place on 18th January, 2017, and runs under the motto ‘The digitization of fashion’ with a focus on the topics ‘Wearables & Smart Textiles’, ‘E-Commerce & Future of Retail’ and ‘Digital Marketing & Communication’.  In addition to the conference there will be an exhibition featuring 20 international designers from ten countries and their newest collections. 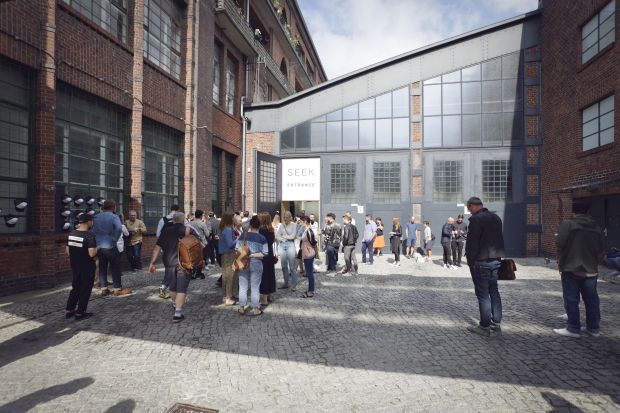 Zeitgeisty Seek will be back this winter with its selection of around 250 brands from the upper street-, sports- and casualwear segment. Despite being valued for its strong men’s collections, Seek is putting a stronger focus on the womenswear brands that rounds up its portfolio, including names such as Mads Nørgaard, 5 Preview, Pop CPH or Libertine-Libertine, who bring back their women’s line to Berlin this season.

Seek has slightly re-organized its exhibitors on the show space in order to more precisely group together brands with a similar direction. One of the groups in focus is the denim segment with exhibitors ranging from big names to more niche players such as Tellason, Indigo People, Benzak Denim Developers or Blaumann. Also, the whole ‘90s/sportswear topic is catered for by brands including Ellesse, Fila, Russell Athletic or Helly Hansen.

Together with Swedish lifestyle brand Dedicated, Seek is showcasing works of legendary New York street photographer Ricky Powell, who has not only shot early hip hop heavyweights such as Run-D.M.C. or the Beastie Boys, but also names such as Andy Warhol, Basquiat, Madonna or Cindy Crawford over the course of his career. The photo exhibition is not only celebrated on the Seek showgrounds, but also with an exclusive presentation and party at the brand new Berlin outpost of Sneakersnstuff on Tuesday night (January 17). 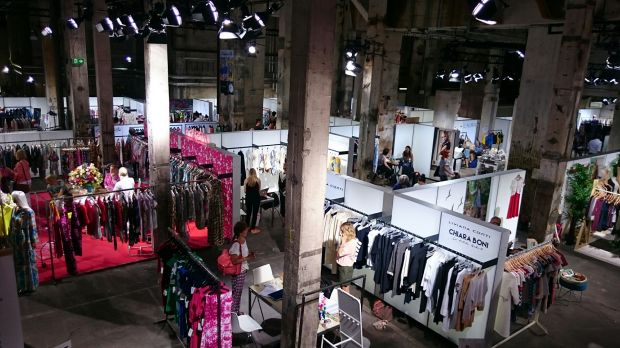 This winter season Show& Order will run under the its new owner The Premium Group that expanded its Berlin-based fashion fair power of Premium, Seek and Bright with Show & Order last year. Verena Malta, who founded the fair in 2011, will remain the face behind the show, which will continue to be hosted in its usual “Kraftwerk” location next January during Berlin Fashion Week.

Show & Order’s current portfolio of feminine womenswear, accessories, jewelry and footwear, will be completed with interior décor. Design-wise two separate exhibition spaces, one in an avant-garde style, the other in a glitzy 1920s style, should contrast the industrial charm of the main hall. In addition, The Good Store, a curated area covering 80 square meters, showcases over 20 designers and specialists in interior retail design. 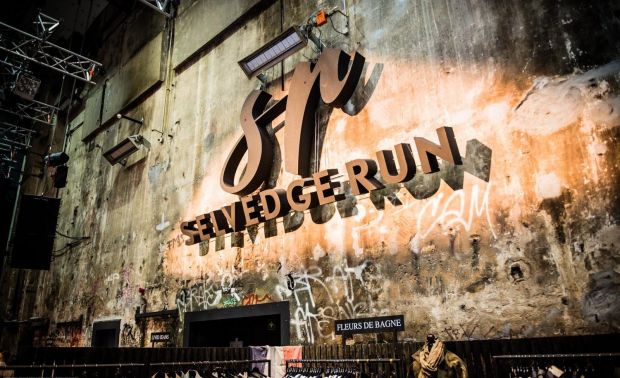 Selvedge Run wants to cater for the lifestyle-goods’ needs of visiting stores even more this January. Hence, the fair is debuting a new space that will host products from the following categories: home, mobility, outdoor, food and men’s grooming.

In addition, organizers also announced the introduction of five up-and-coming Japanese brands on show, which are exhibiting in Europe for the first time. The participating brands –241 Co., Kojima Market Place, Senio Second, TCB Jeans and Whoval (Blue Sakura)–  were selected by advertising agency Vis-à-vis-Co., Ltd, which won a competition held in Japan’s denim capital Kurashiki this summer to help local brands enter international markets. Selvedge Run will accommodate these brands in a Kurashiki-dedicated booth on around 50 square meters.

Beyond the usual four spaces within the show venue in Berlin’s Kulturbrauerei –Palais, Boiler House, Maschinenhaus and Cloakroom–, Selvedge Run is adding an entirely new area called The Soda Complex, which will be divided into four sub-halls in order to meet the growing demand for exhibition space. 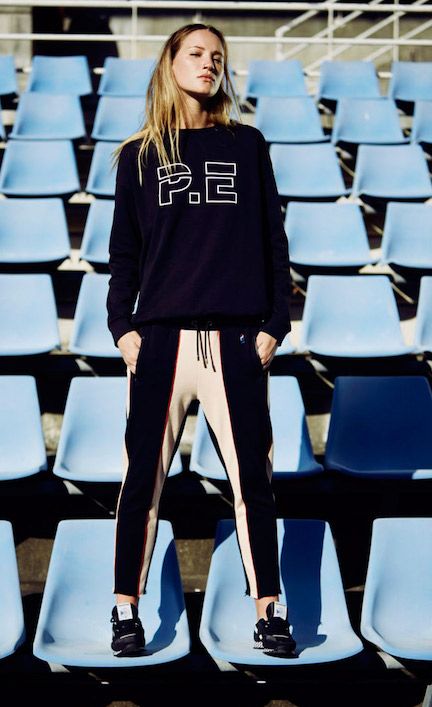 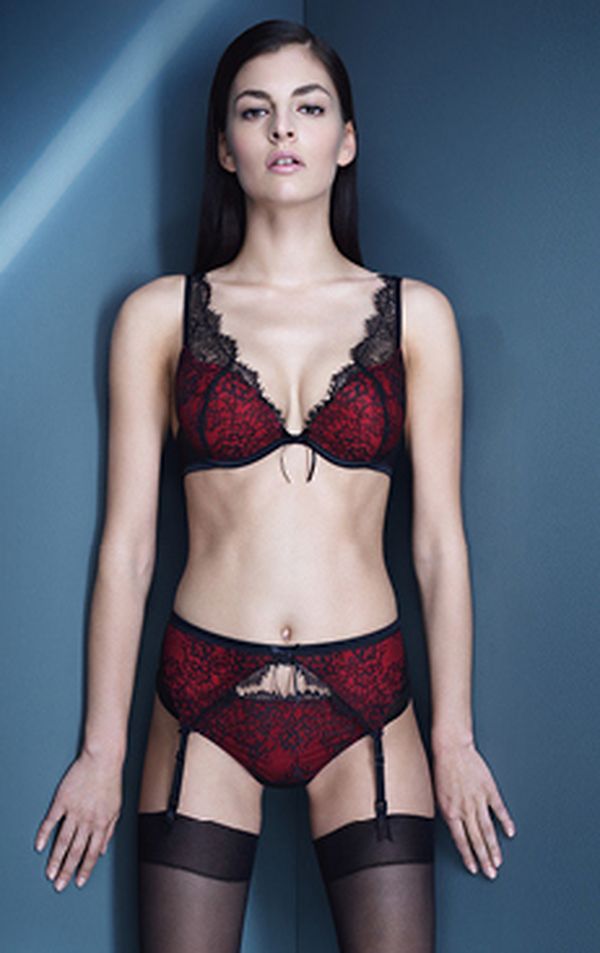 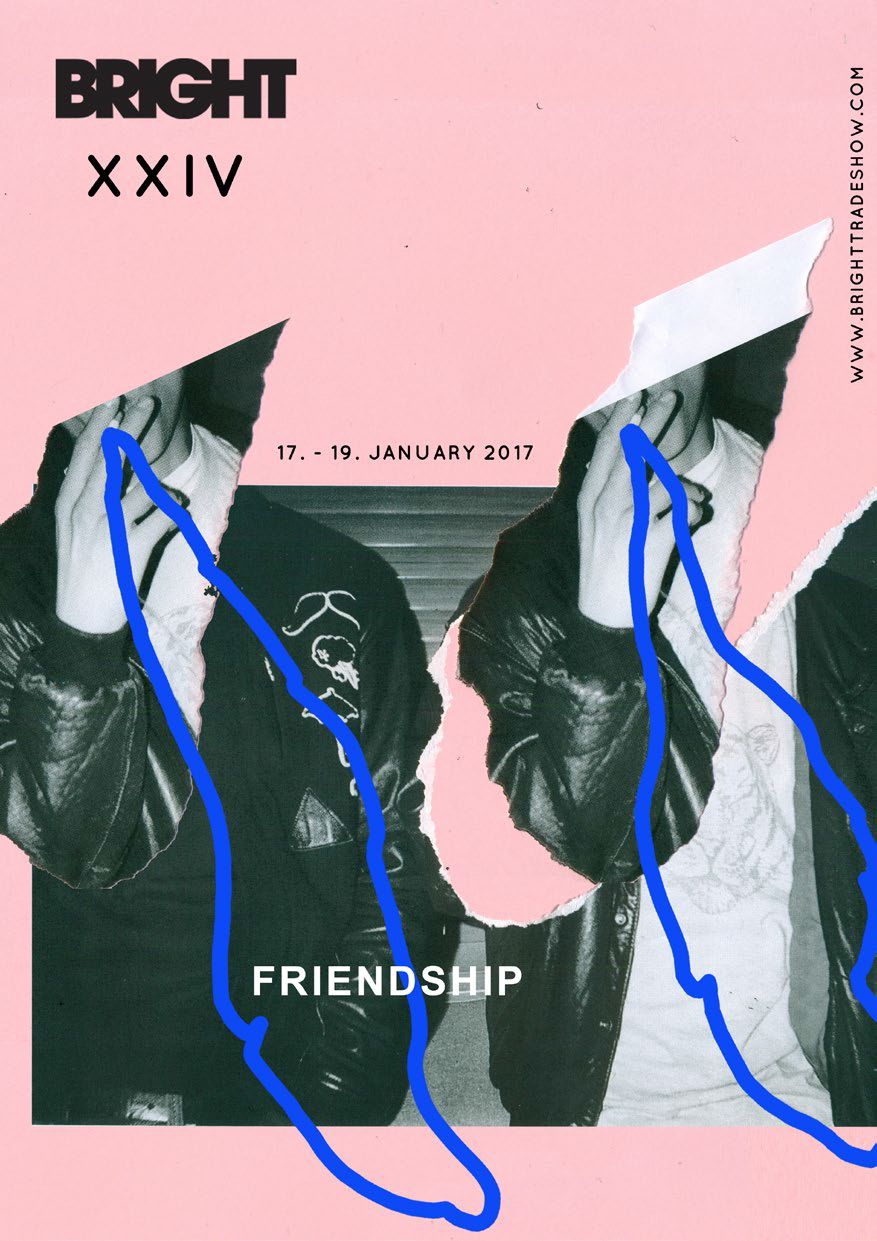