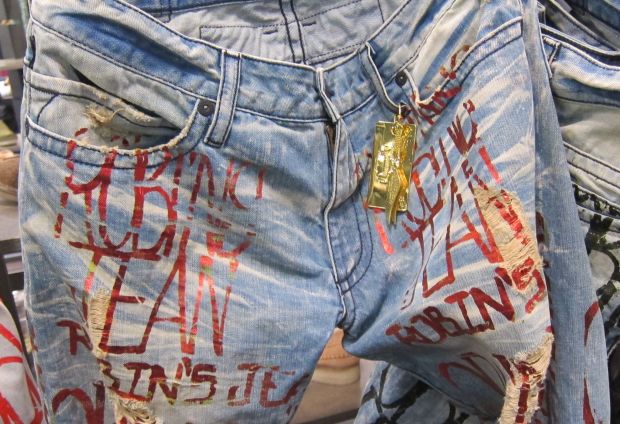 What you have missed at the NY Men’s Trade Shows

While the lack of an agreed-upon schedule left some buyers frustrated –either forcing them to miss events or stay in town for more than a week instead of just for a few days – the assortment that awaited them was indeed a fresh one and was reflective of the hottest new menswear trends, which include new takes on the bomber jacket, a colorful color palette and a sea of oft-fun prints and graphics.

Here’s our look at all five shows in case you could not make it to Manhattan for some (or all) of them…. 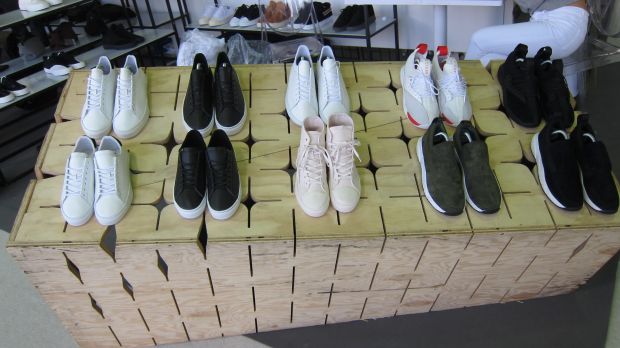 Running on the pier next door to Liberty, Capsule looked very polished and professional this season thanks to the addition of white-walled booths and an easy-to-navigate layout. With an international assortment that covered apparel and accessories, the showed served as proof positive that the so-called heritage looks that ruled menswear (and Capsule) for numerous seasons have officially ridden off into the sunset. Instead, new contemporary streetwear was the star of the fair and the large booth occupied by Paul Conrad’s Medium Concepts showroom had lots of it with its brand selection that included, among others, Death to Tennis, Willy Chavarria and Ikiri Jones, an African brand that is freshly using big and bold Renaissance painting graphics on bombers and other items.

Capsule also had a fine assortment of footwear and both Clear Weather and Clae showed sneakers in dusty pink and white, a palette that also stood out at Swedish raincoat brand Stutterheim. Meanwhile, new optical brand Silver Lining Opticians made an impressive debut at the show with affordable eyewear in trend-right shapes and colors and Pop Shoes showed its light-up footwear whose built-in light bulbs can also be programmed to flash on and off.

Capsule staple Naked & Famous was also there again and it wowed with its always quirkily original denim and printed collared shirts, which served as proof that whimsical, cartoon-like graphics and patterns will be spring 2017 must-wears. 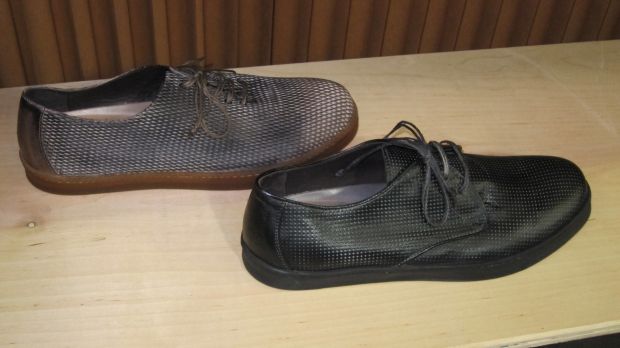 Liberty returned to Pier 94 for a three-day run and served up some excellent mostly traditional workwear-based denim from such niche American brands as Knickerbocker Mfg. Co., Dickies 1922 (a higher-end line by the iconic workwear giant) and BLKSMTH, a new collection by Brooklyn-based designer/retailer Loren Cronk. There were also some terrific Asian denim brands to check out and know, including FDMTL, which showed patchwork jeans and shorts and its shoe collaboration with Vans, Pallet Life Story and Syoaiya, which showed numerous indigo prints on shirts and accessories such as scarves.

A summery surf theme also dominated at Liberty and was evident in bathing suits and other items with quirky prints at such brands as Boardies, Handsome Me, Surf is Dead, Descendant of Thieves and David Hart, who showed in the NY Men’s Day special display along with labels such as By Robert James, Krammer & Stoudt, David Naman, Private Policy and Max ‘N Chester, whose collection was heavy on nautical-inspired blues and blue-and-white stripes this season.

Athletics and athleisure were other key stories for Liberty labels such as Hasta Sporting, which revealed active-friendly pieces in unique, high-tech fabrics and longstanding footwear favorite Gola, who is offering a three-style capsule collection of shoes based on lawn sports such as croquet.

Check out the gallery of some of our favorite pieces from Liberty here. 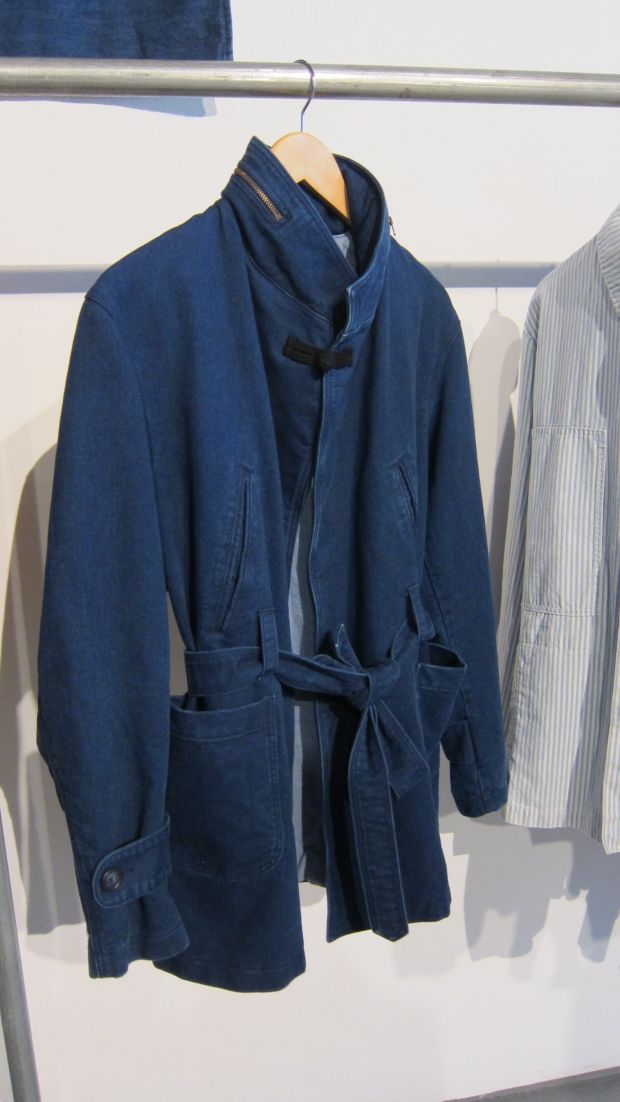 French export MAN returned to New York last week somewhat scaled back compared to prior seasons because it was forced to take a new smaller space in Chelsea this time since its usual one, Industria, was already booked for Men’s Day, the two-part group showing that occurred on the first day of NY Fashion Week Men’s. Though smaller than usual, the show continued to present a first-rate immensely well curated selection of international brands. French line Bleu de Paname shined again for spring 2017 with a beautiful assortment of denim or denim-look items created in France from high quality fabrics. Its dark patchwork denim jacket and update of a kimono coat in deep indigo were among its many eye-catchers as were its tees and sweatshirts with a adorable cartoon graphics created by artist Pablo Cots.

Another French brand, Maison Labiche, also impressed with an assortment that paid homage to the Coen Brothers’ cult classic film “The Big Lebowski.” And Swedish shirting brand Schnayderman’s showed great button-up dress shirts, including some with prints or colorblocking.

Portland-based unisex brand Older Brother also returned to MAN and pushed overalls this season, including a bright yellow pair and blue denim ones with patchwork, thus proving that patched denim is indeed a thing for spring ’17.

And handcrafted, Made in Brooklyn accessories/belt brand Maximum Henry revealed a new color palette, including a muted pink that also seems to be a key color from guys for next summer. Brand founder/designer Maximum Henry Cohen also unveiled a new, super-clean belt style with just a metal notch instead of a full-on metal buckle.

Check out our gallery from MAN here. 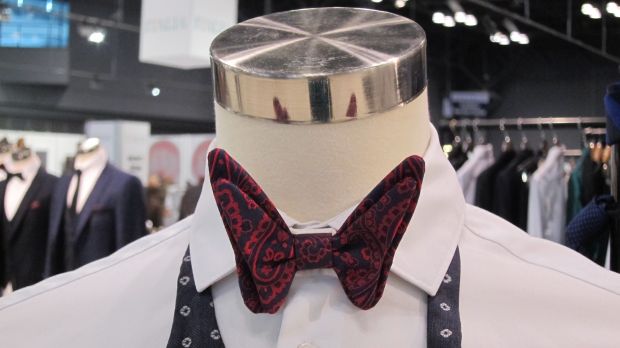 Its first show since its acquisition by trade-show giant UBM, MRket was held directly alongside and in a open floor plan with its now sibling show Project at the Javits Center and the merger served both shows well and made for a nice product progression from dressy to downtown and back again.

MRket’s premium section, Vanguards Gallery, contained some real treasures/finds this season, especially the young Italian brand Milano 140, which served up very directional coated-denim jumpsuits and other items that also follow the “wear your pajamas on the street” trend. Also on hand in that section were military-based mainstay Cockpit USA, which is flying high with the industry’s current penchant for bomber jackets and Cesarani/Loft 64, which has nailed the whimsical graphic trend with brightly colored sweater emblazoned with toucans, crabs and pineapples. VG’s special active/athleisure sub-section MOVE also returned and spotlighted such fresh gym-appropriate brands as Masterclass Apparel, Vuori and Tasc Performance, among others.

The Modern Prep section was also back and featured timeless (yet very timely) fanciful prints by the likes of Tailor Vintage, Southern Proper and Vineyard Vines, among others.

See the gallery from MRket here. 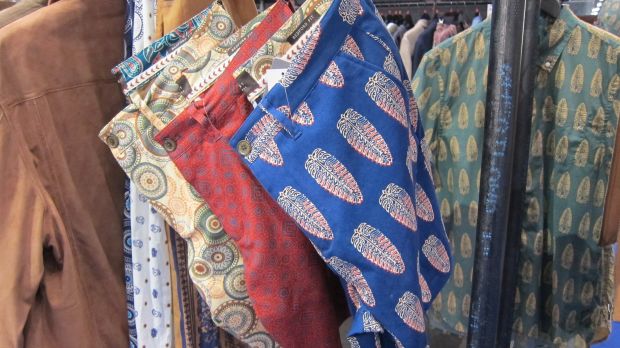 Now running seamlessly next to its brother show MRket, Project NY seemed quite small compared to the former but was still chock full of quality exhibitors. While it again attracted big name denim players such as 7 for All Mankind, Hudson, AG and Paige, many were waiting for Las Vegas next month to reveal their new spring styles. Those that did have new merchandise to show, though, including Paige, Baldwin, Gilded Age and Raleigh Denim Workshop, surprised with a colorful assortment of often pigment dyed pants that ranged from yellow to pale pink (yes, that color again!). At Robin’s Jean the trend was all about unusual colors and tie-dye wash effects while desert-inspired tones from crisp white to rust are what Gilded Age designer Stefan Miljanic is loving for next season.

The design team at Jachs also clearly adored their graphics and prints for spring 2017 and went with an impressive Indian theme that features elephants and takes on traditional patterns inspired by the city of Darjeeeling.