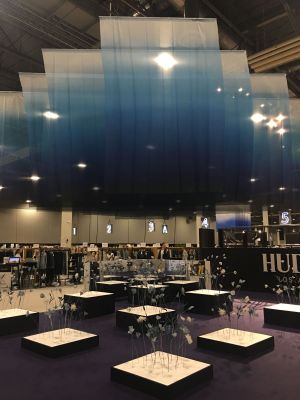 Change is in the air for Spring ’19. Contemporary men’s trade show Liberty Fairs and streetwear show Agenda have announced their next big move. Both trade shows will be relocating to downtown Las Vegas in February 2019. The move, said Liberty Fairs Co-Founder Sharifa Murdock, is due to the change in UBM Fashion’s show dates for Project and the MAGIC Marketplace. “We’re moving downtown, which we’re super excited about,” said Murdock, who explained that space wasn’t available for both Agenda and Liberty to be held at the Sands Expo during the new February 5 to 7 dates. “I think it’s going to bring a little new blood to the industry… I think people are wanting something new,” she said. 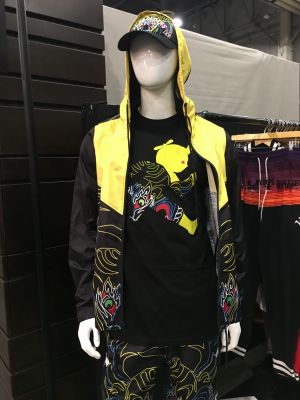 Downtown Las Vegas, which is adjacent to the up-and-coming Arts District, seems to be an ideal location for the shows. Liberty and Agenda will maintain their focus of presenting high quality brands and established curated areas with the added flexibility to create new activations and events in the new location. Agenda will also add a new men’s and women’s footwear area to the show floor. “More and more footwear brands are asking for a more intimate exhibit space, with footwear, apparel and accessory brands all displayed together under the same roof for the convenience of buyers,” said Tony Shellman, Agenda Vegas Event Director. 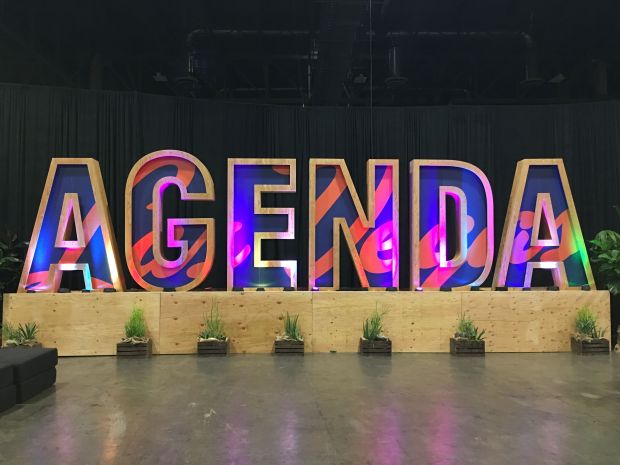 While many are excited about the move, it also leads to questions of convenience and time spent traveling to and from the shows during the already hectic three-day Las Vegas show schedule. Tommy Fazio, Fashion Director for UBM Fashion Group, hopes the move will be convenient for attendees.“I hope that they find a location that’s accessible to the retailer,” said Fazio. “Unifying the industry is also unifying us as show leaders and making it easier for retailers to get around,” he explained noting that there is a lot to see in Vegas including approximately 700 brands at Mandalay Bay alone. “Convenience is what it’s about,” said Fazio, who said he is open to help facilitate transportation to and from the shows. Liberty and Agenda organizers say they are planning to have a complimentary Express Car Service from the Mandalay Bay and Las Vegas Convention Centers. 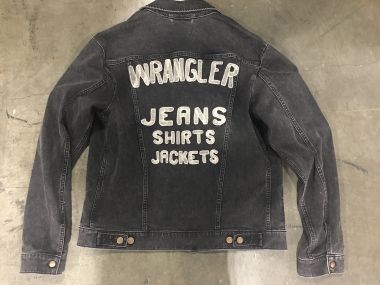 During the shows held August 13 to 15, change was already evident at the Modern Assembly shows. Capsule, which was recently purchased by Liberty Fairs, was noticeably missing from the Vegas landscape. According to Murdock, Capsule’s men’s section was rolled into the Liberty show floor. Many brands including Naked and Famous came on board as well as Capsule’s Above Tree Line (ATL) outdoor section. “It sits well with what we already have, so we just integrated it all together,” explained Murdock. She also noted that the show wants to get more deep into womenswear, and Capsule will now be a women’s show. It will sit next to the company’s Cabana show in New York in September and will be incorporated into the July edition of Cabana held during Miami Swim Week.

Highlights at Liberty included the Pillars Lounge, which this season celebrated art and collaborations featuring brands such as Toms, Fred Perry, Kahala, Artistix and more. Denim was featured heavily at the show including the Custom Indigo Lounge entrance supplied by Calik Denim and a denim customization station sponsored by Jack & Jones, who is bringing its collection stateside. Slate Denim, Neuw Denim and Atelier + Repair were new to the show this season. In addition, Liberty featured high end designers including Roberto Cavalli and Karl Lagerfeld Paris, who showed for the first time. 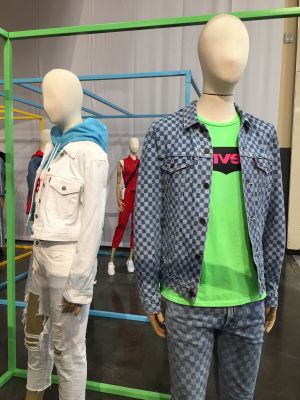 Highlights and news seen at Project & The Tents

Murdock said denim will be strong for Spring and she foresees men getting more dressed up. “Everyone was in the athleisure clothes before, but I think that people are getting over that,” she said. “I see men wearing more color and getting more dressed up. We were in a space where everyone was in sweat pants and T-shirts, but I feel like guys are wanting to get dressed again.” 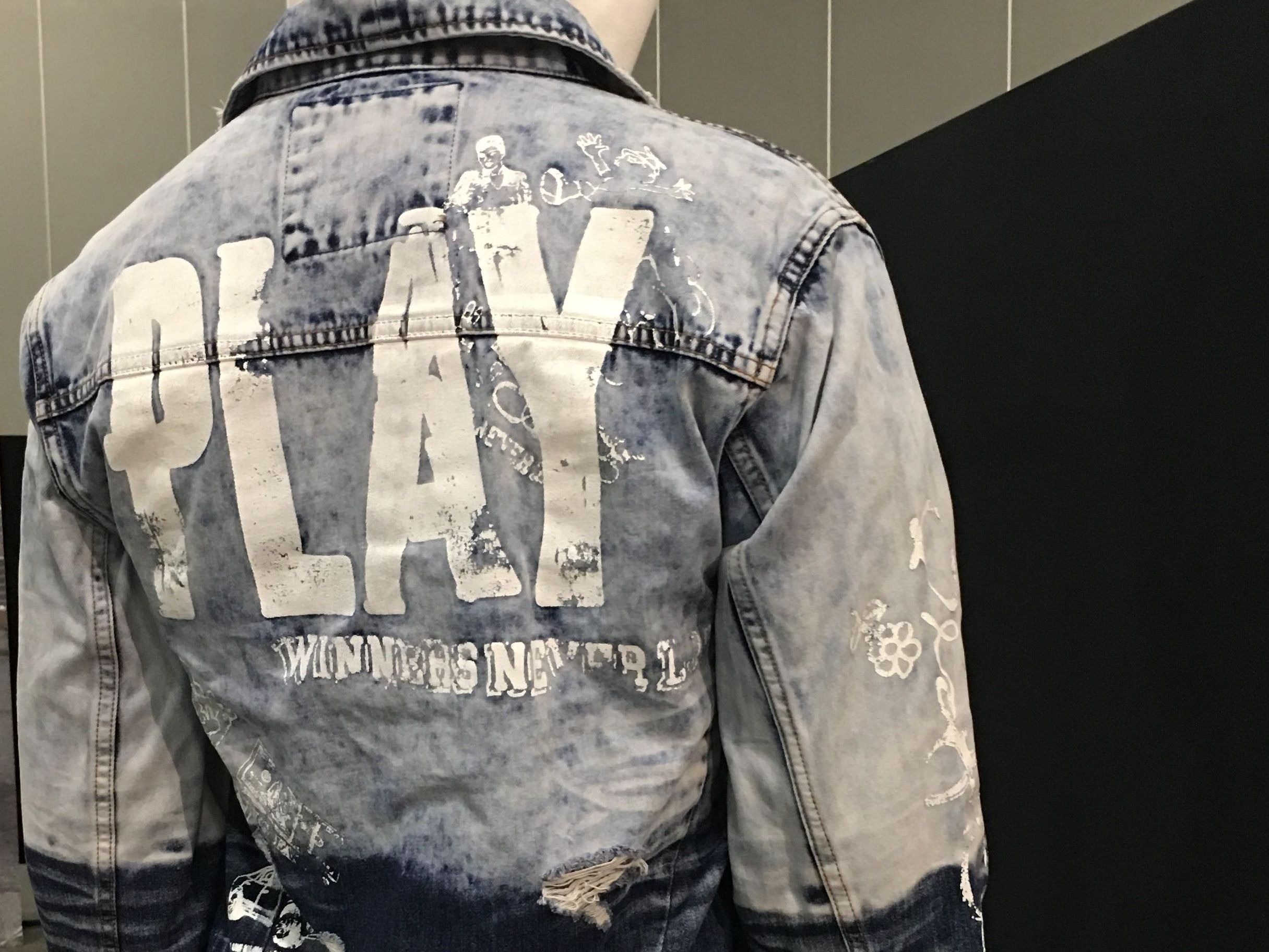 These were the strongest trends at the Las Vegas shows

Still, there was plenty of athletic wear, track suits and jogger-inspired shorts and crop pants on the trade show floor. Americana was featured heavily as were camo prints, outerwear and surf-inspired looks. Agenda was busy and there were many established brands at the show including Fila, Champion and Starter. Cool young brands also found a platform there such as Learn to Forget and Out of Bounds by Sha Fik, who were in the Enclave installation area. Agenda organizers said the streetwear market is maintaining yet continues to evolve. There were lots of ‘80s inspired graphic prints, bold colors, color blocking and plenty of ripped and shredded denim.