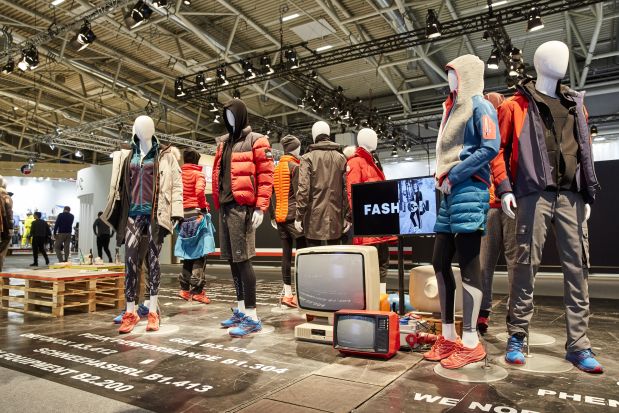 After four eventful days, the Ispo Munich came to an end yesterday. Full corridors and booths in 16 halls gave the fair a recall value and reflect the spirit of optimism in the industry.

Both sports retailers and sports industry are facing major challenges. Climate change and the warm winters are the main cause of headaches. The red pencils are always brandished earlier, and the assortment does not seem to be aligned with the weather conditions, which only come together at a later date. "We see through our own channels exactly when something is sold," says Kees Scholten from O'Neill. "You need highlights in August / September, but no black ski pants. They are bought later according to needs." 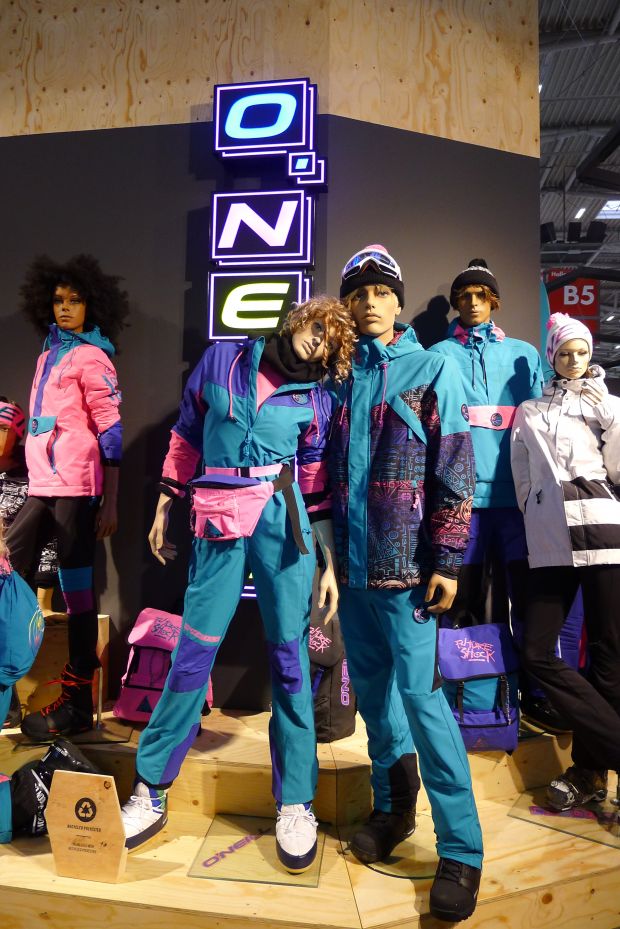 Photo: SI team
O'Neill
Even the break between the seasons has nothing to do with the reality. Scholten: "At the end of August or the beginning of September, the stores are transformed into a snow area overnight - but the winter is too far away for the customer and not relevant yet." Many are therefore working to stretch their collections into different delivery windows. "We have already begun to develop more demand-oriented collections with staggered delivery dates a few seasons ago," says Peter Schöffel from Schöffel. Many retailers support this model, but several order deadlines per season are currently barely enforced. "The outdoor business is very consistent with the collection rhythms," says Melody Harris-Jensbach of Jack Wolfskin, who spent many years at Esprit and has introduced the transition from two to twelve collections a year. At Jack Wolfskin she works with six delivery dates, but only in her own channels. 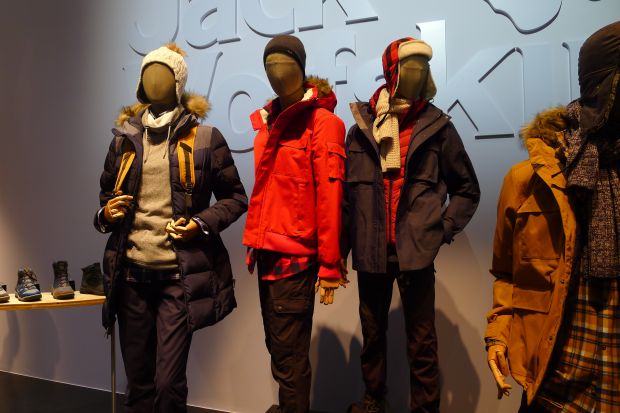 There were many trends to spot while looking through the collections. The most prevalent from all was the ongoing turn from traditional outdoor looks to more fashionable “urban outdoor” styles. Many outdoor and ski brands are trying to take advantage of the general sports trend in fashion with paying more attention to more fashionable designs, which work well in urban surroundings. Peak Performance presented the first collaboration ever with Nigel Cabourn, demonstrating the will to combine functionality with style in the most consequent way. 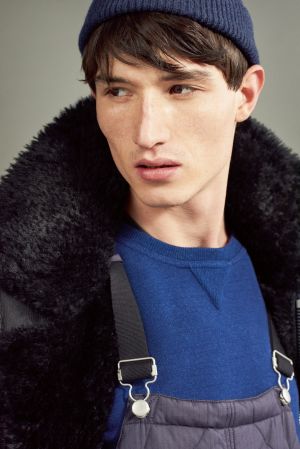 “We always thought, we need different collections for skiing, mountaineering etc. and all lines were un-combinable”, says Nicolas Warchalowski from Peak Performance. “But we came to the conclusion, that doesn’t make sense any more. Our customer combines everything; Athleisure is a styling trend that’s why we now have one collection where everything can be worn together.” Also Falke, mostly known for socks, is changing into a fashion brand, offering a beautifully clean line of premium Running and Athleisure wear with high scale prizes, named “Elegant Performance”. The new exhibitor Alchemy Equipment from New Zealand, on the other hand, presented modern, high-quality outerwear with high-functionality jackets, trousers and dresses, whose functionality is visually unobtrusive. 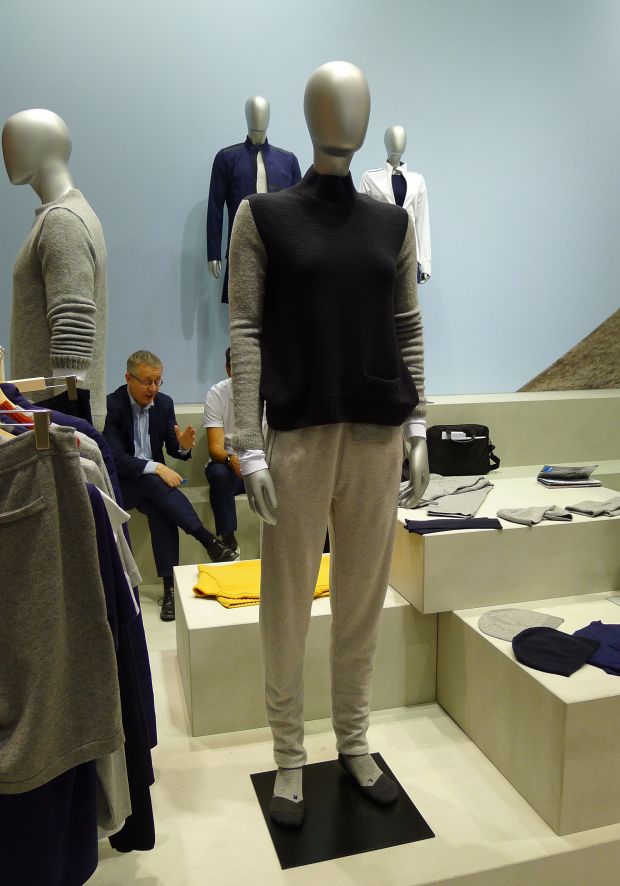 While there seems to be some consensus in how to define the look of “urban outdoor”, there is still a search for the right name for the new segment. While Falke uses “Elegant Performance”,  Schöffel invented the name “Outleisure”, the ski brand Kjus says “Active Lifestyle” and Jack Wolfskin “Everyday Outdoor” - just to name a few.

But still, there is fear in losing the confidence of the core costumer. Being credible in both directions is becoming more important for all brands. “Since we remain a leading and innovative brand for our core customer, we are allowed to do crazy things like fashion collaborations”, explains Jeremy de Maillard from The North Face. A lesson Odlo learned in the past was that the step into more fashion resulted in a severe loss of market share. “We have to concentrate on our core business again”, said Odlo CEO Christophe Bézu, who took over this position in 2015. “When we are secure there, we can look for other markets.”

Two more trends were obviously present at Ispo Munich: the increase of electronics in the sports market and the importance of more sustainable solutions. "Electronics continue to make their way into the sporting goods sector more noticeably than ever," explains Messe München CEO Klaus Dittrich. Products that were on display included ski poles equipped with sensor technology, virtual-reality headsets for a more emotional shopping experience and a digital ski trainer in an inlay sole. Also Bogner installed a virtual reality presentation in its booth. Apart from products, the 'Digitalization as a growth impulse for industry and trade' was the topic of a symposium hosted by Ispo and adidas, complementing the extensive Ispo Academy program on topics like e.g. digitalization, women in sports, retail design and sustainability. 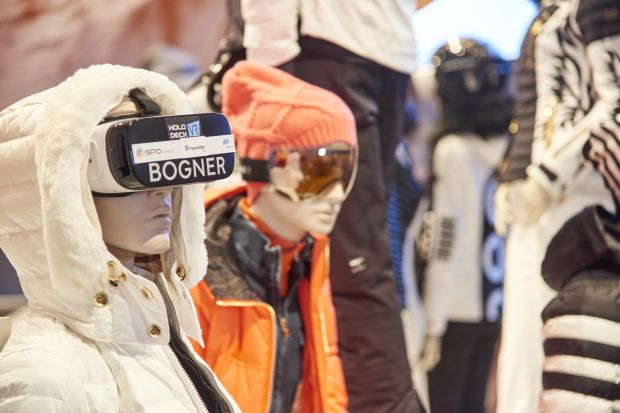 Talking of sustainability, the second day of the fair was accompanied by a surprise: W.L. Gore, the undisputed market leader in the field of membranes, announced the elimination of hazardous PFC chemicals from Gore products and the production process of the membrane until 2020. Competitor Sympatex, who doesn’t use PFCs, prompted the news with sending out congratulations to Gore. Besides that, the show presented a lot of new techniques to gain more sustainable processes, like new dying techniques, more fairtrade concepts and first approaches to a circular production system, which was introduced by Sympatex. Another novelty came from Japan: The LifeFibre Company developed a method for spinning wool into a fine yarn without the necessary destruction of the surface structure. This is due to an ultrafine nylon film around the fiber, which prevents scratching, but retains the natural characteristics such as breathability and water repellency. Color pigments can also be incorporated into the nylon layer. The usual chlorination of wool becomes superfluous. 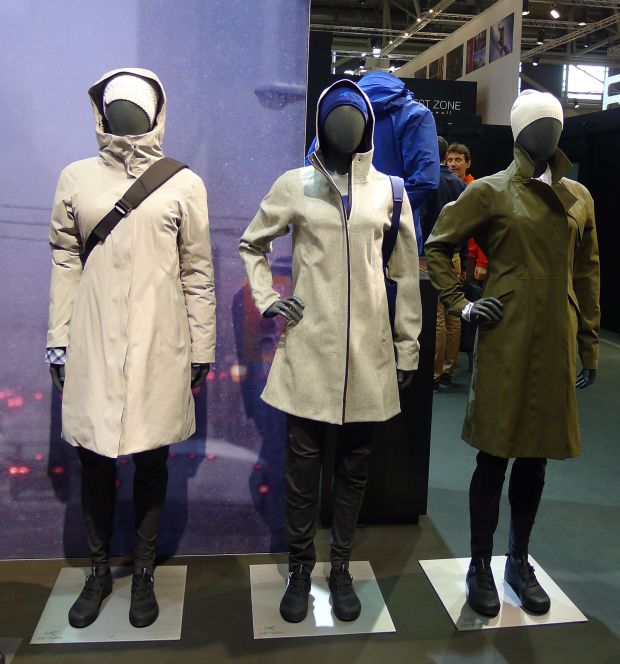 Despite the challenging situation in the sports market, the atmosphere of the show was positive and forward thinking. After four successful days with full halls, the sports trade show closed its doors with new records: more than 85,000 visitors and 2,732 exhibitors from around the world turned Munich once again into a gathering for the international sports industry. With an increase of visitors of approximately six percent over last year and an increase of three percent of exhibitors, this Ispo was truly record breaking. This year's Ispo Munich was also more international than ever. The largest increases came from Italy, Russia, Great Britain, China and the United States—in that order. 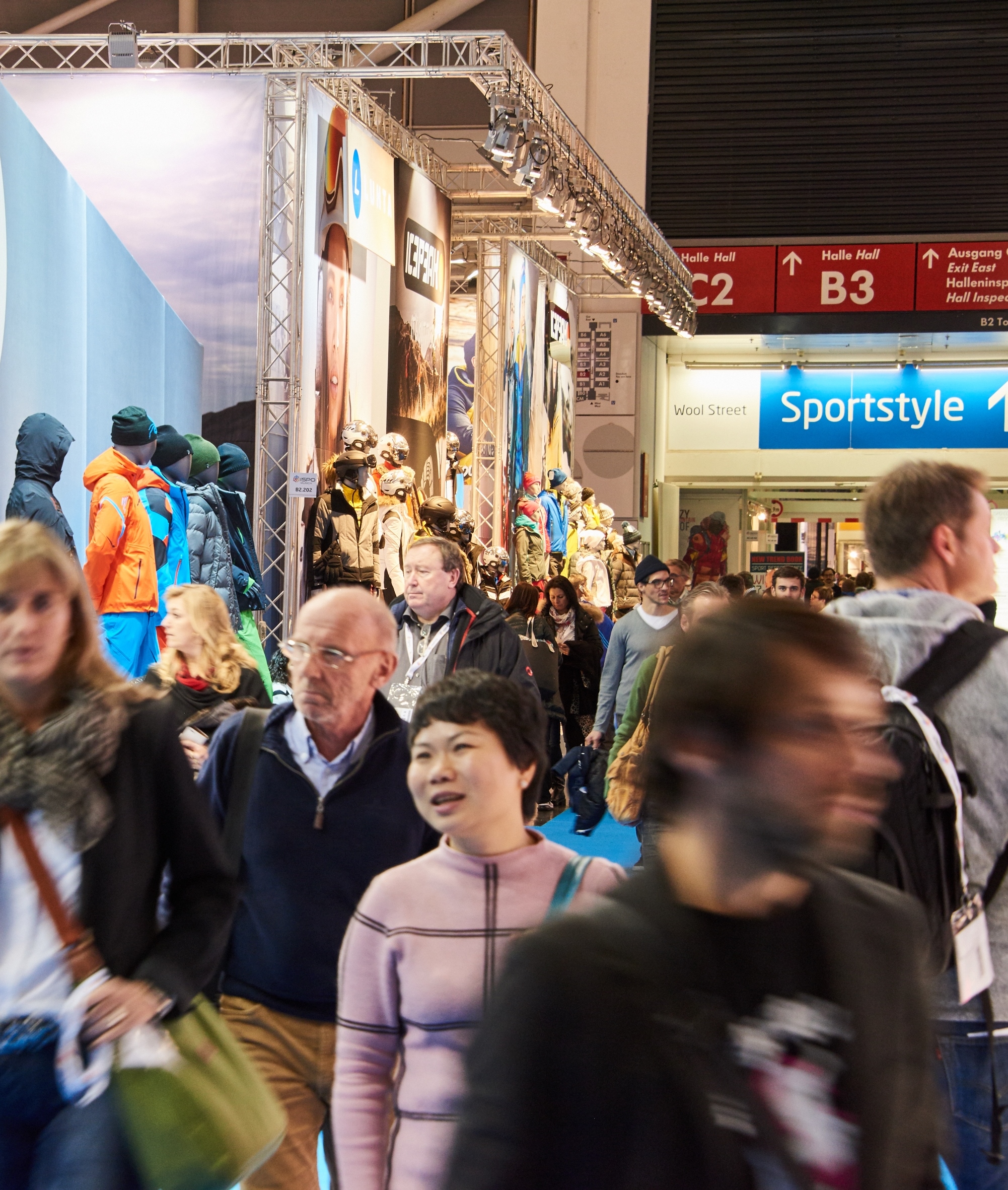 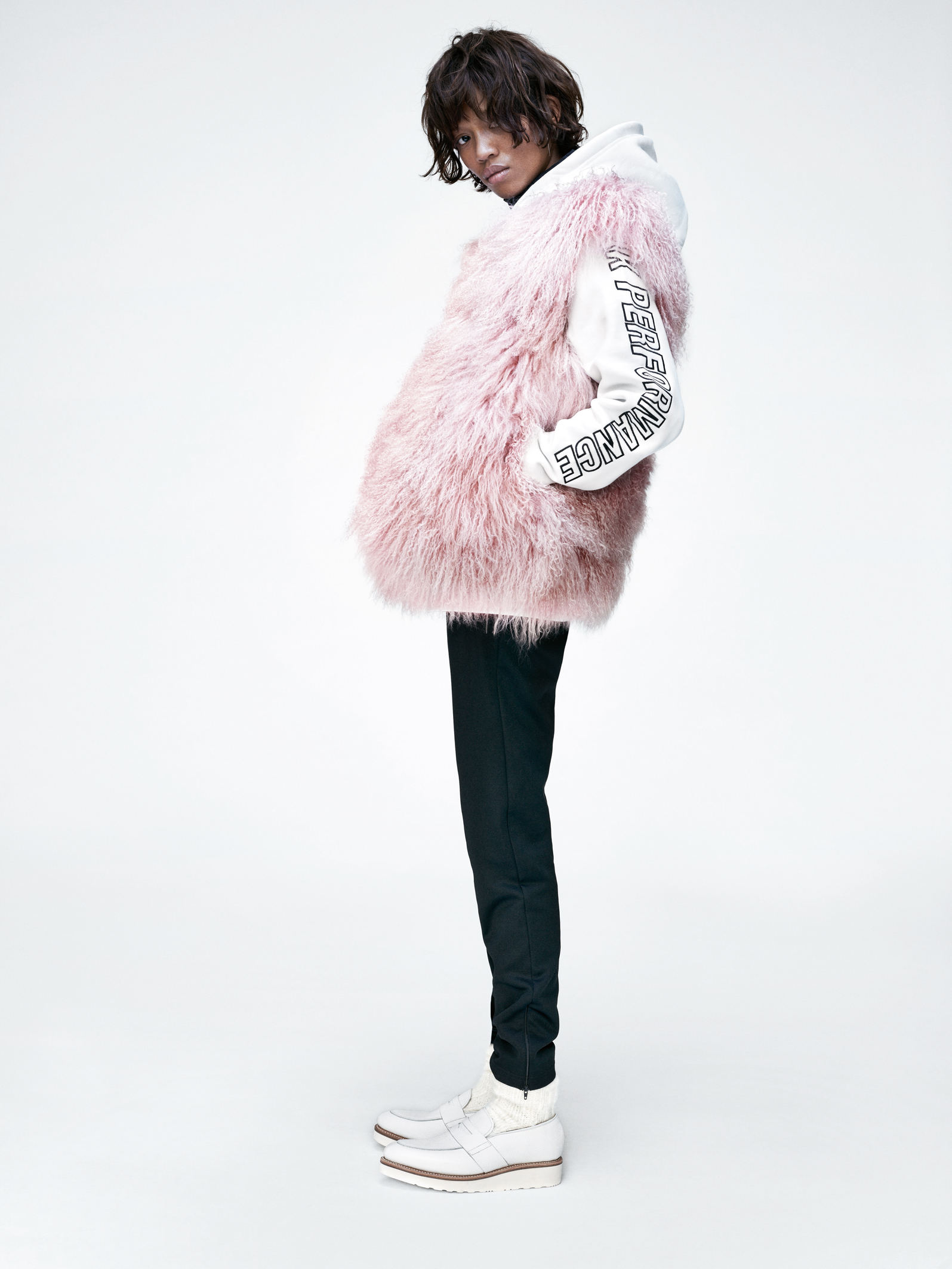 Peak Perfomance steps up its streetwear appeal for FW’17 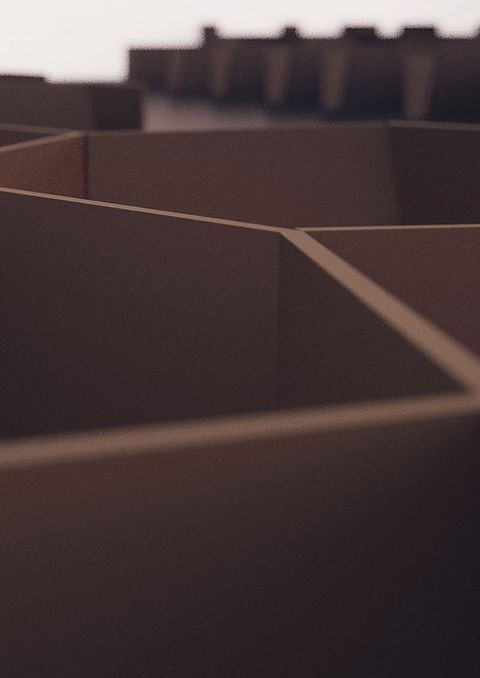