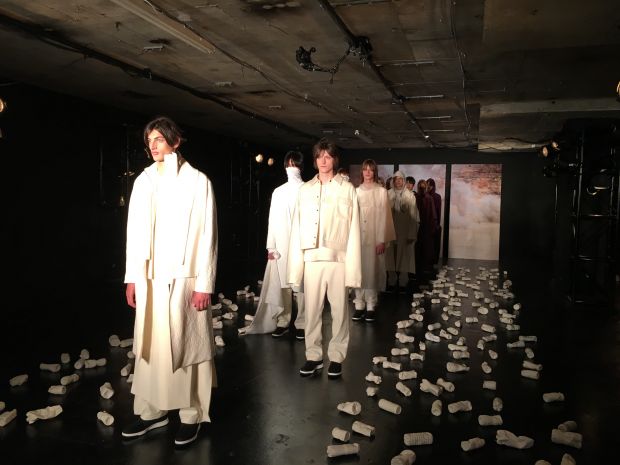 London Fashion Week Men's (6-9 Jan.) concluded its tenth edition on Monday night. Here are the trends, major and marginal, that inspired us most: 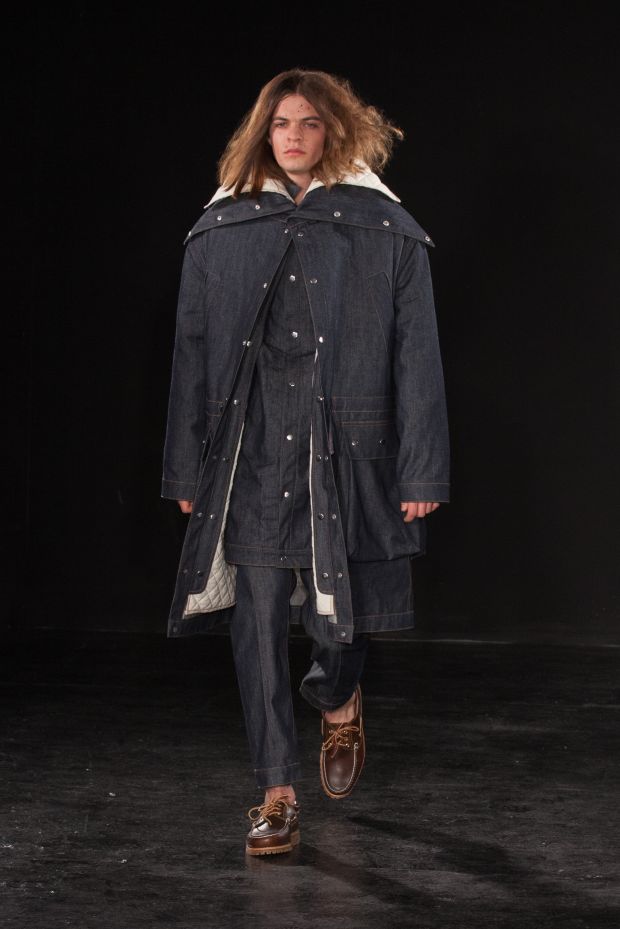 Defiance and the combating of fear were central themes this season, resulting in designers cocooning models in layers of cloth to form an oversize shield. Some of Craig Green’s ballooning silhouettes encased models’ bodies from top to toe, while Berthold’s eerie asylum-inspired affair involved boxy jackets, tunics and wide trousers – worn all at once. Alex Mullins, meanwhile, sent out an equally bolstered look comprising straight-cut jeans, a long-line jacket and a voluminous parka, the complete ensemble crafted from the same raw denim cloth. 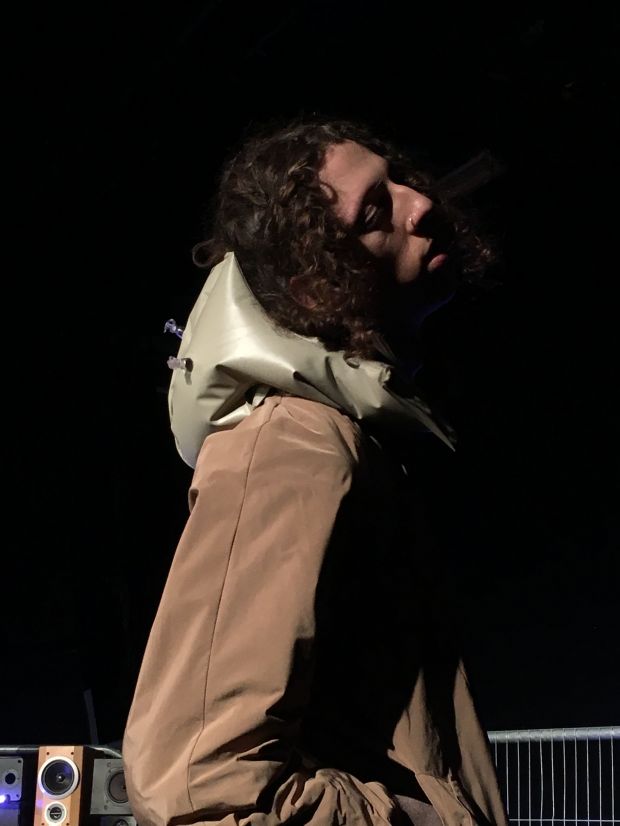 Padded and quilted materials, cozy enough to furnish a bed with, have retained their appeal some time after they first surfaced on the women’s scene. Again, Craig Green’s collection applies and so too that of Quasimi, whose models carried pillows for a nap on the go. Taking the outsize expression to the max, streetwear cult name Michiko Koshino, who’s back in business, served up takes on the inflatable pieces with which she made her name in the ’80s. These Michelin-like creations appeared in the shape of full garments, such as a cropped jacket, as well as detachable hoods and sleeves. 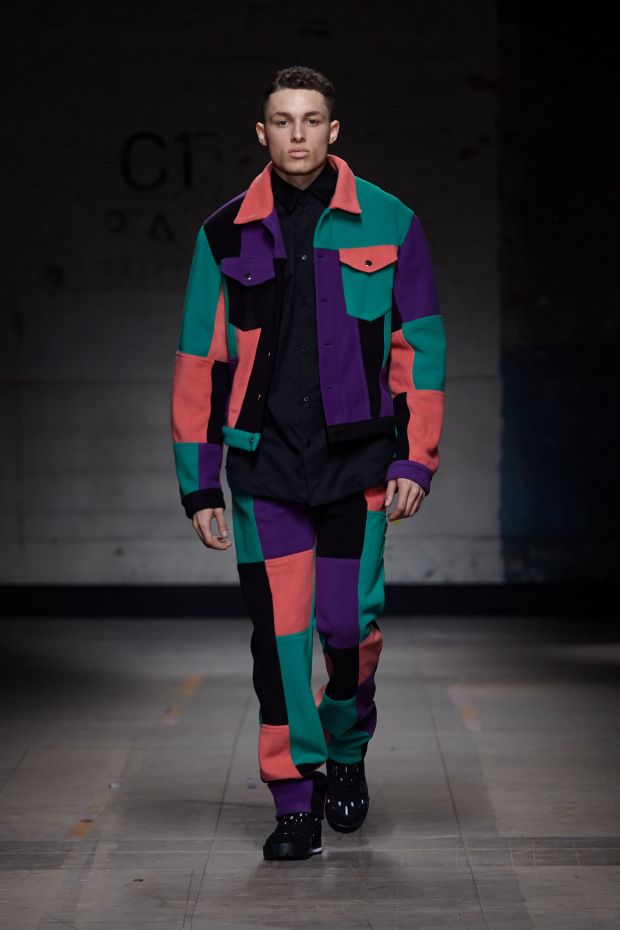 3.Colorful paneling and patchwork  (and don’t forget the crochet)

Multicolor paneling and patchwork gave a charmingly naïve flavor to the collections of Bobby Abley, Lou Dalton, Alex Mullins, Topman Design, Christopher Shannon and Vivienne Westwood. At J.W. Anderson, the tendency materialized in the shape of granny-style patchwork crochet, which adorned backpacks and pocket-patches. At its most effective, it was fashioned into oversize scarves tumbling nonchalantly from models’ shoulders. 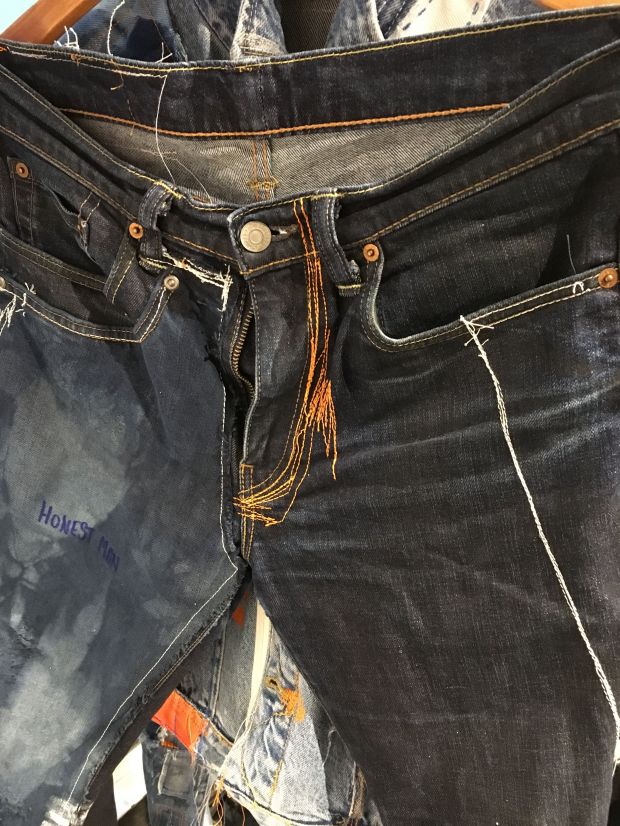 Contrast-stitch embroidery stood out during our exploration of the LFWM showroom collections. Honest Man’s distressed denim pieces owed much of their disheveled charm to stitch-work that looked as if it’d been applied by a child or a very angry machinist, in a good way. Berlin based designer Verena Schepperheyn employed a similar technique, though her versions looked more harmonious. 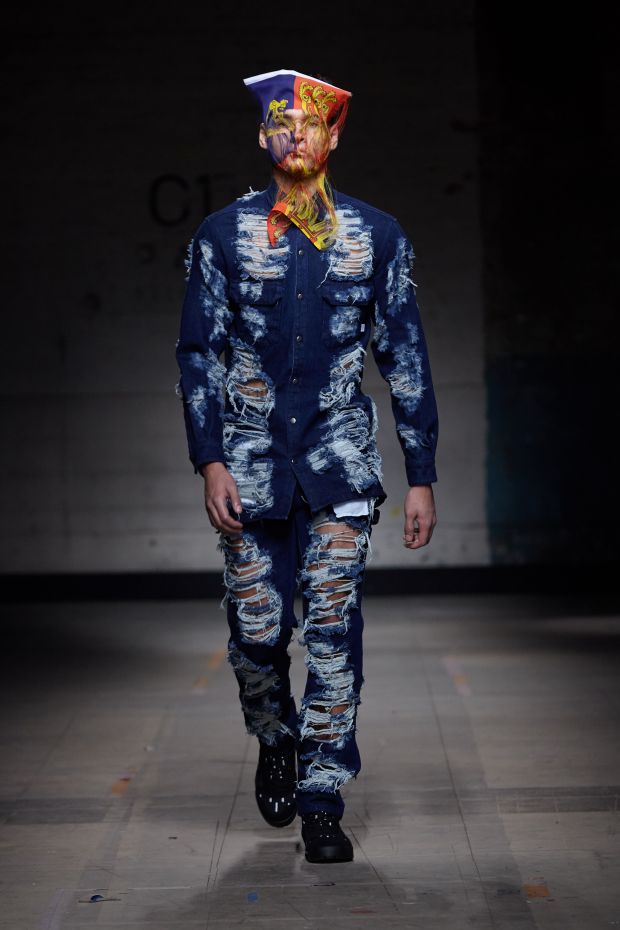 Taking distressing to the next level, Christopher Shannon shredded a parade of denim looks to within an inch of their lives, styling them with colorful, web-like facewear created by UK name Rottingdean Bazaar. 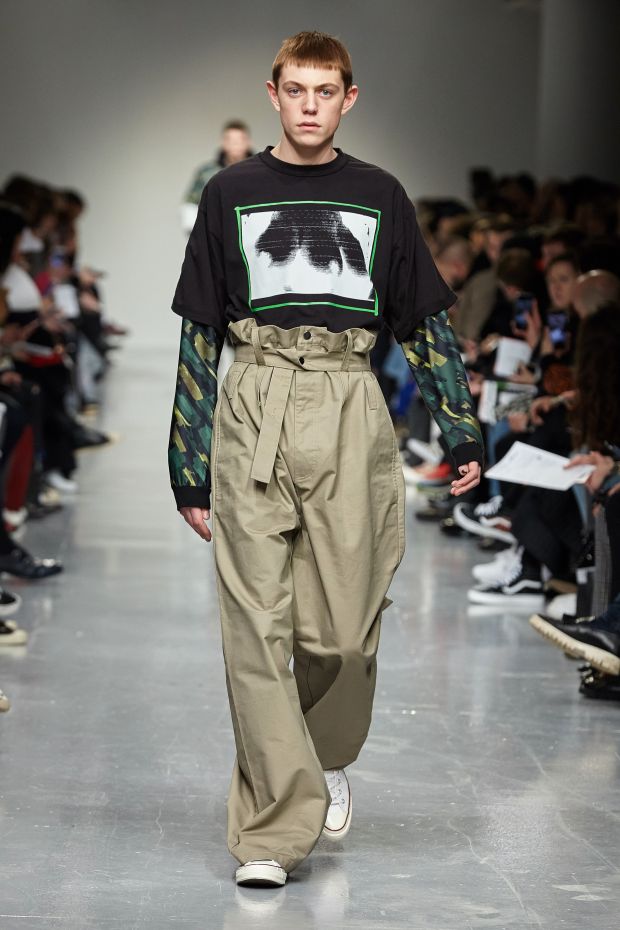 The wide leg pant trend – jeans included– continues apace. Its larger-than-life-appeal was boosted on the runway by pulling waistbands up to the max, tops firmly tucked in. Alex Mullins has long advocated this comfy styling trick, so it’s no surprise his proposition was a convincing one. Patrick Grant of E.Tautz is an equally talented manipulator of the rib-skimming maxi pant, while Liam Hodges artfully cinched his paper-bag style. 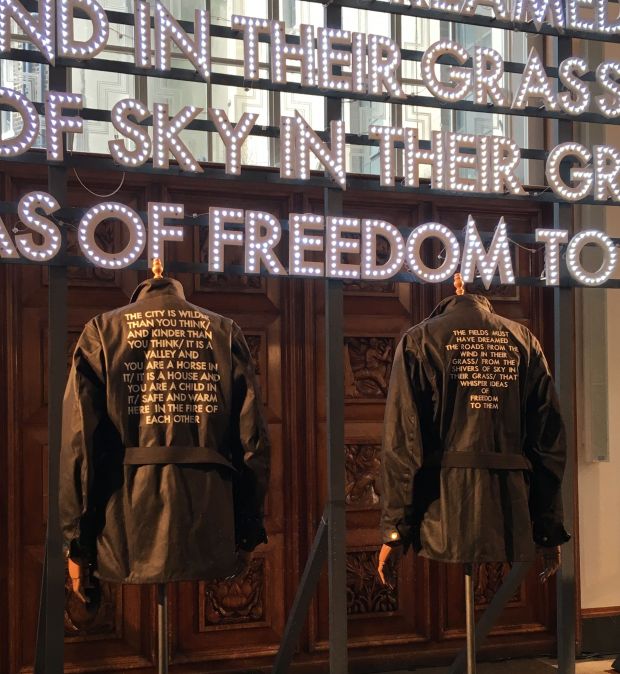 In a bid to infuse meaning into the bleak times in which we live, designers used LFWM as a vehicle to reveal their reflective sides. Poetic messages and meaningful words appeared on garments in the form of embroidery and print, but also as presentation-space wall coverings or actual poetry readings. In its simplest form, the word “Nowhere” appeared prominently across Tourne de Transmission’s pieces – in reference to the band Ride’s track of the same name. Astrid Andersen, meanwhile, invited south London poet and musician James Massiah to perform a bespoke mix, while models walked past in the season’s wares. Barbour International ushered in Scottish artist Robert Montgomery to customize a limited number of “see now buy now” A7 jackets with his signature poem art. Montgomery applied the poems live, underneath a large light-sculpture poem of his.