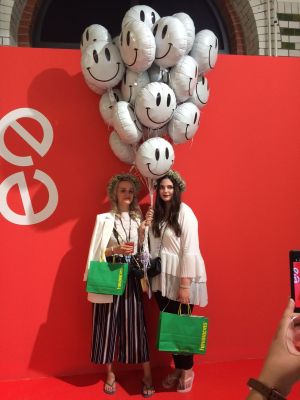 These were the highlights at Premium show Berlin

Premium started quietly but became busier, more lively and energetic in the afternoon. Visitors, mostly from Germany, but also from Northern European countries, buzzed around optimistically and friendly. Exhibitors were satisfied too as most of them had met their key clients since day one, a guarantee for more business for months to come.

The show’s environment was especially cool and appealing as it presented installations originating from partnerships with Johann König from Berlin’s König Galerie and with artist Anselm Reyle. 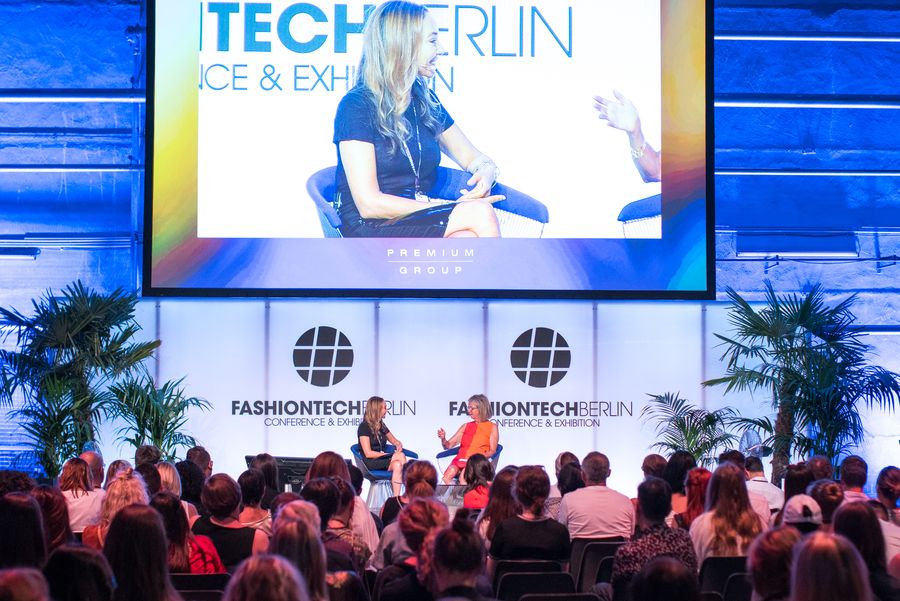 The most widespread trend for the season was vegetal elements and bright hues– both as elements of the collections and decorating many booths and pavilions (Rich & Royal, Joop! and Scotch & Soda, among others). Bright hues characterized Colmar with boxy ’80s-inspired silhouettes, bright yellows and fluorescent pink jackets and waxed hooded coats. Peuterey launched essential laser-cut and ultrasound-sealed cool jackets, and lightweight down jackets carrying stylized vegetal prints. 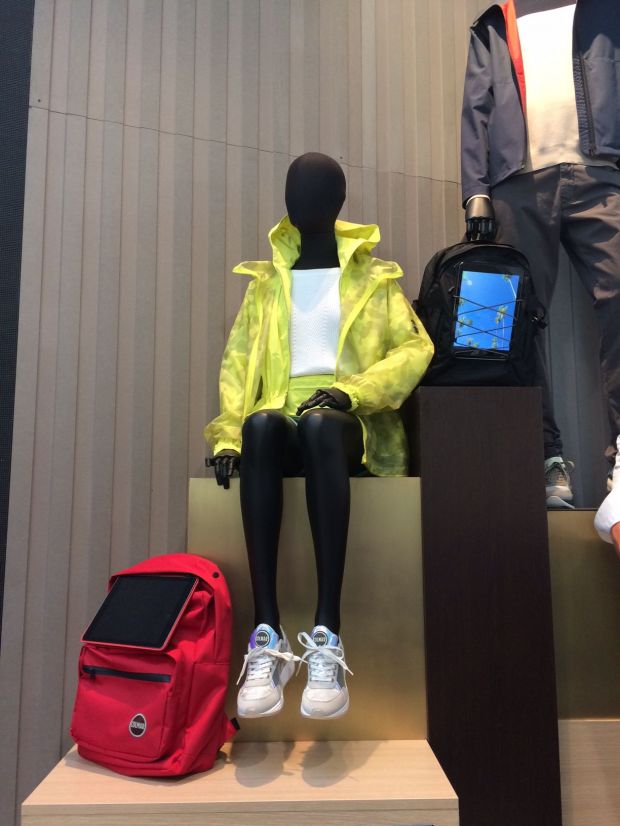 Bomb Boogie offered a newly redesigned collection betting on lighterweight alternatives to down and, in addition to military greens and camouflage prints, offered both bright and light blue and green hues. 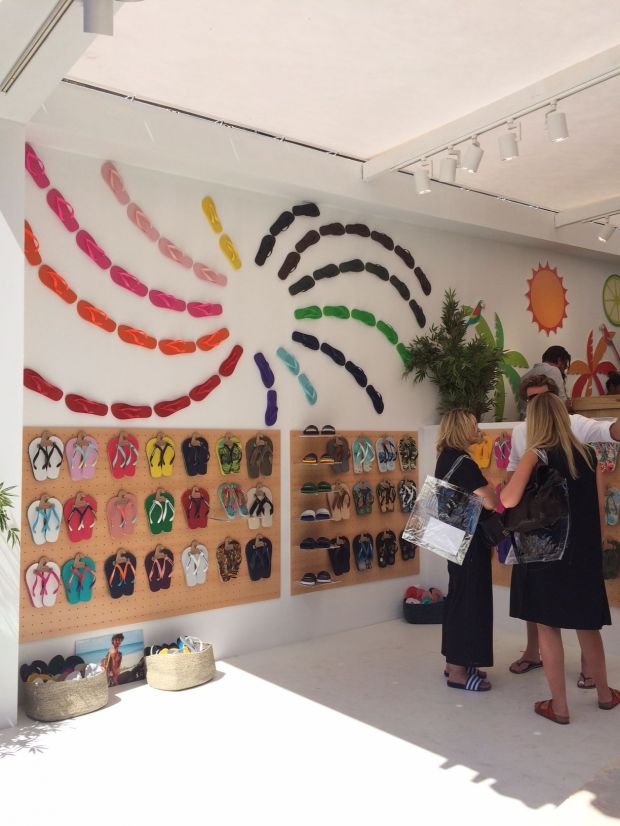 The show’s menswear exhibitors presented a vast selection of collections that like to mix and match different styles within the same outfit. Among them there are, for instance, Antony Morato, offering city lightweight parkas, mixed with clean raw jeans, though also black denim jackets added with red tops and urban trousers. 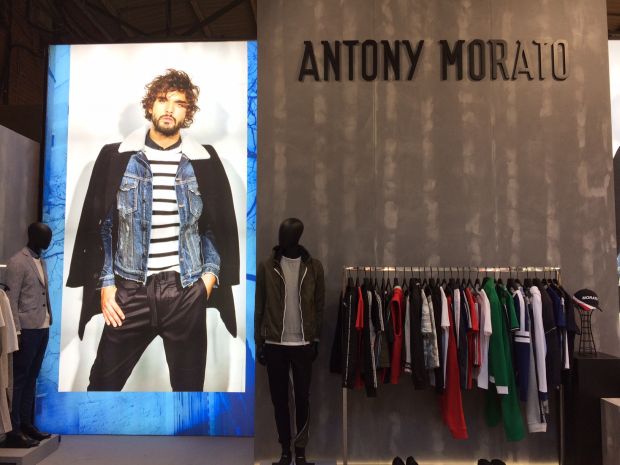 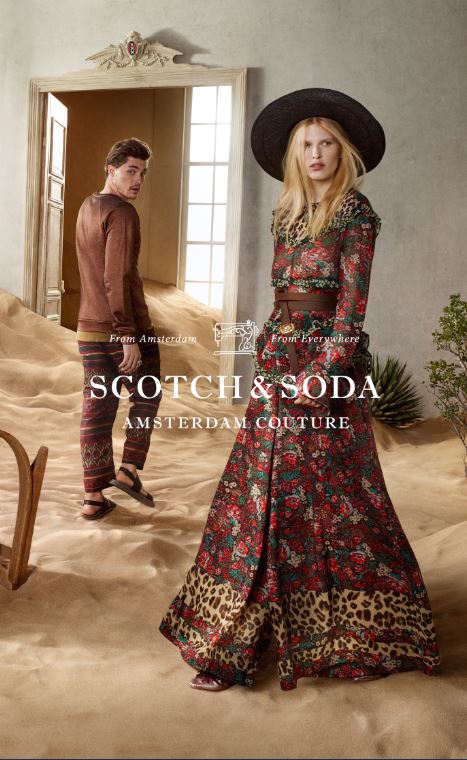 This five-year-old Italian men’s apparel brand whose name means “needle’s eye” in Italian is 100% Made in Italy. It mostly offers trousers according to five different product selections, including a newborn denim one. Striped trousers and heavy jersey styles mix tailor-made elements with an elastic waist and cuffs at the ankles. It also offers pleated trousers and urban chinos together with a few high quality blazers and tops. 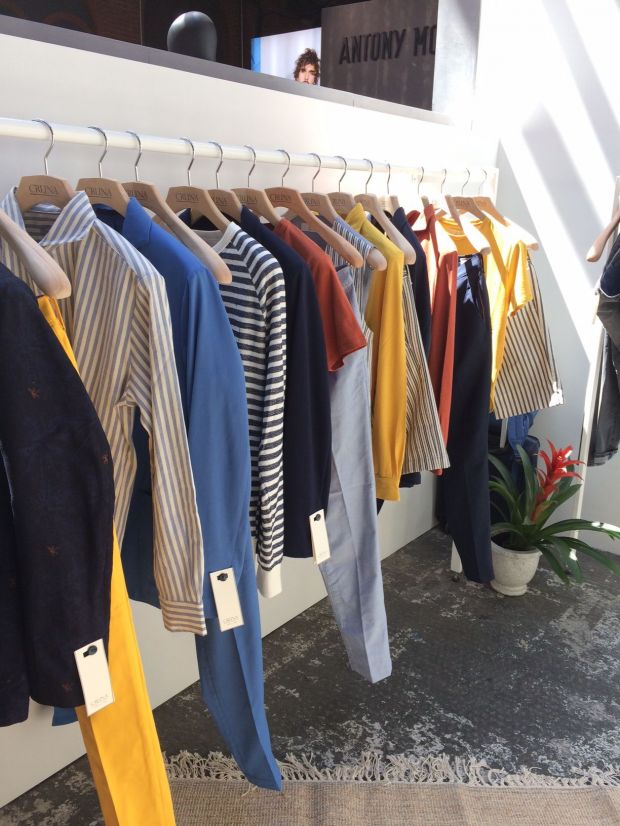 Alphatauri, the functional fashion brand founded by Austrian energy drink Red Bull in 2016, presented its new 3DKnit-Design Lab. Thanks to special machines that were on display at the show, it is possible to knit seamless knitwear pieces made either with merino wool or cashmere. 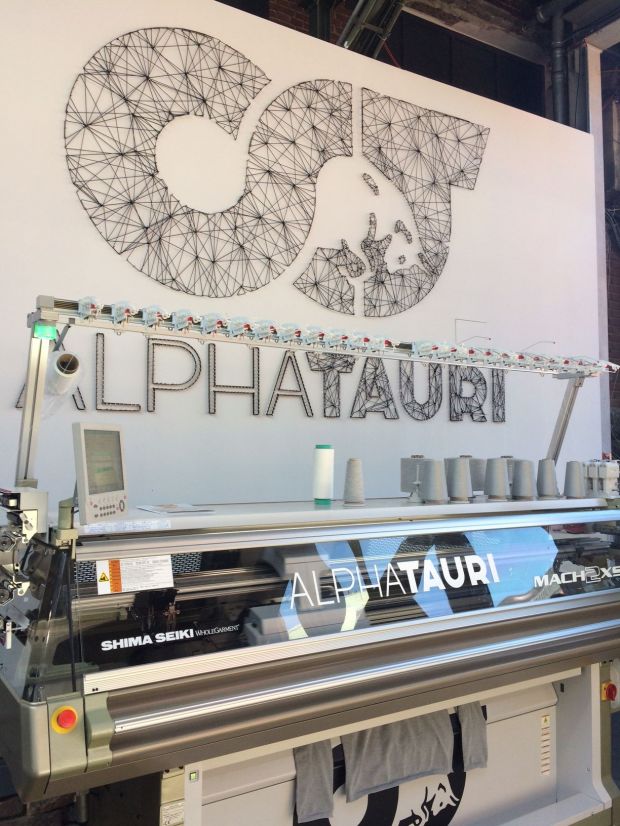 And scanning glasses worn by the final client allow Alphatauri to produce made-to-measure elaborate knitwear tops. The first garments will be available for sale for s/s 2019 in the brand’s own stores in Graz and Salzburg and online for about €80 to €120 at retail. 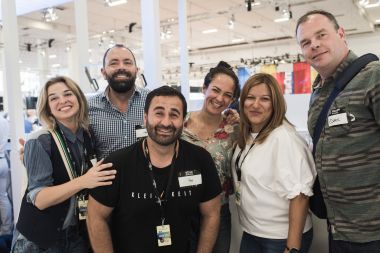 Novelties from the jeans world

The renowned Italian jeans brand Liu Jo presented jeans for women carrying various decorations including studs, jewel-buttons, and glittery appliqués. Also new is a jean made with highly sustainable Candiani denims that employ less water and chemicals than regular ones.

For its denim line Amsterdam Blauw Scotch & Soda launched a new fit for woman’s jeans called The Keeper. “We wanted to create a jean that women want to keep in their wardrobe for a long time,” commented Scotch & Soda’s Alex Jaspers. “For this reason we developed this new high rise skinny and stylish model.” 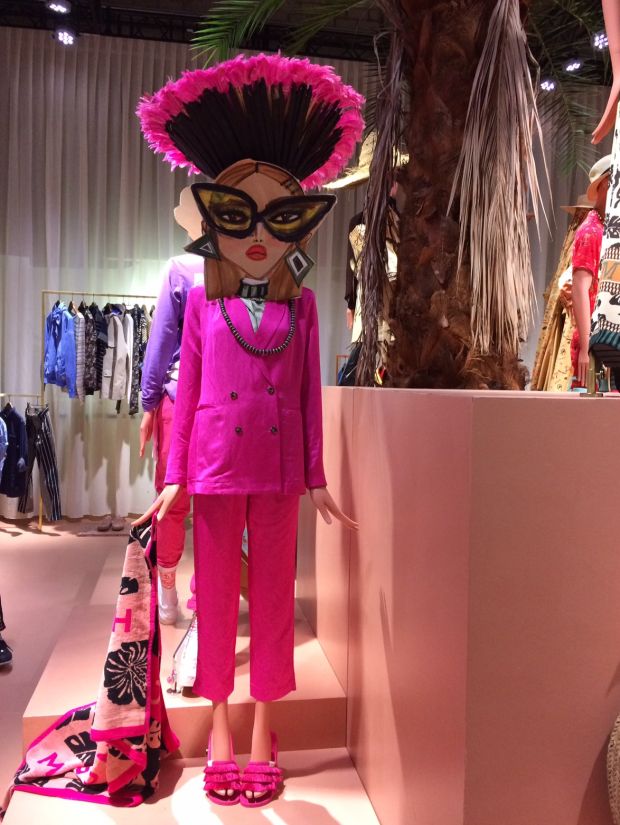 Also Rich & Royal has developed a new fit for woman–the cigarette–in denim by Candiani. “We are sure women will want to wear this denim collection for every moment of the day as it can be perfectly worn in any context and outfit,” explained Patric Supp, managing director, Rich & Royal.

Scotch & Soda presented its new s/s 2019 collection and debut line of footwear and accessories in a main space inside Premium but also inside a satellite at the show’s entrance. The booth and the collection were inspired by many prestigious holiday locations and the atmosphere one breathes there. Great mannequins whose heads were artistic paintings completed the oneiric image of the location. It also presented a Scotch & Soda bus that will travel through European beaches and will present the newborn accessory and footwear line. 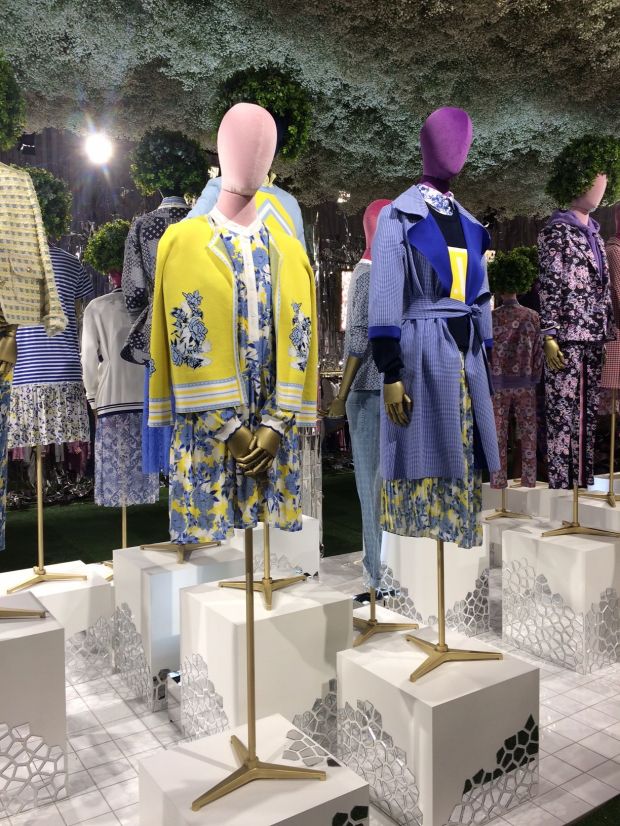 Bright and lively hues such as yellow, blue and pink tones characterized the Rich & Royal booth showing a great mix of colors and inspiration for its newest booth.

Also Joop! and Joop! Jeans presented their collections in a great location inside the show. Joop! Jeans opted for a vintage surfing and marine theme.

German musician Michi Beck and his wife Uli launched their new Beck to Beck brand that interprets streetwear and sportswear basics with a sophisticated eye. The brand offers the T-shirts, sweatshirts and hoodies the music star loves to wear almost every day. A party held at the first Beck to Beck pop-up store in Alten Schönhauser Strasse 15 celebrated the launch. 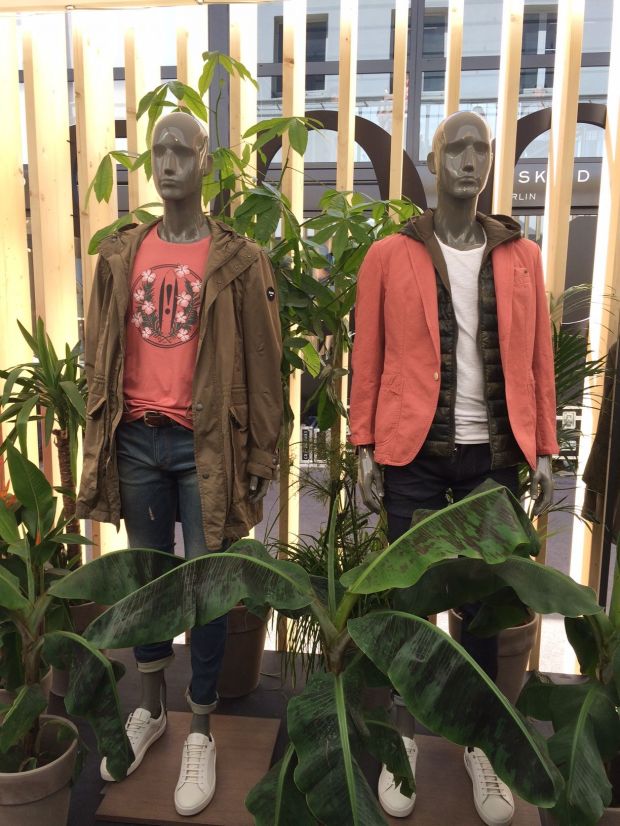 Danish menswear brand Gabba held a special get-together in collaboration with SPORTSWEAR INTERNATIONAL at the opening of the show.

On the second day of the show La Martina organized a bike-polo event to present its younger and more street-oriented brand Fair Play, which debuted for f/w 2018-19. 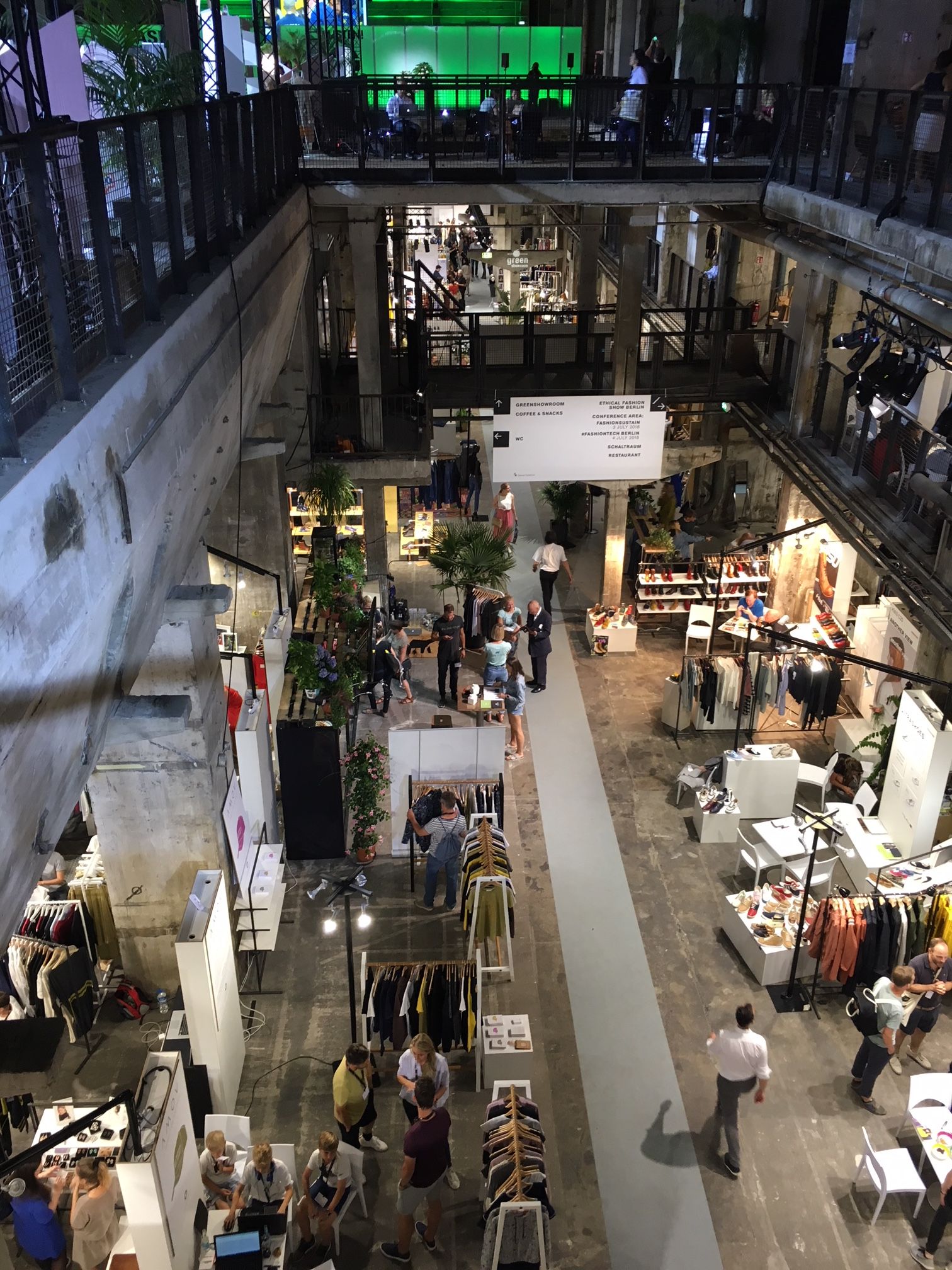 What you have missed at the green fairs in Berlin