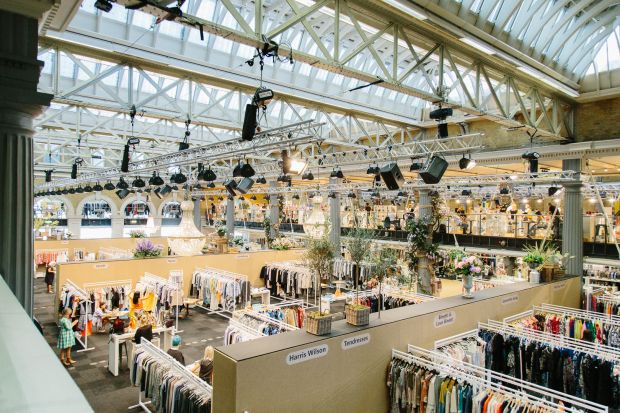 by Emma Holmqvist Deacon — July 27, 2016
London womenswear trade show Scoop (24-26 Jul.) concluded on Wednesday evening on an positive note. Having temporarily moved east to set up residence in the historic Old Billingsgate Market, which served as a fish market in the Victorian era, the move away from the Saatchi Gallery seemed to please most exhibitors we spoke to, as they’d received positive feedback from buyers who’d found the simpler layout easier to navigate than that of the inspiring but somewhat labyrinthine art gallery set-up. Come next season, Scoop will return to its original venue.

On the day of our visit (the final day), the flow of visitors was adequate. Here, a roundup of some of the trends and looks that caught our eye:

Distressing has gone into overdrive for SS17. Frayed jean hems à la Marques' Almeida were sighted often at Scoop, as well as a more exaggerated, long-fringed version thereof. Hudson’s white jean jacket was so true to the distressing trend it was almost furry to the touch due to the level beating-up the denim had endured. 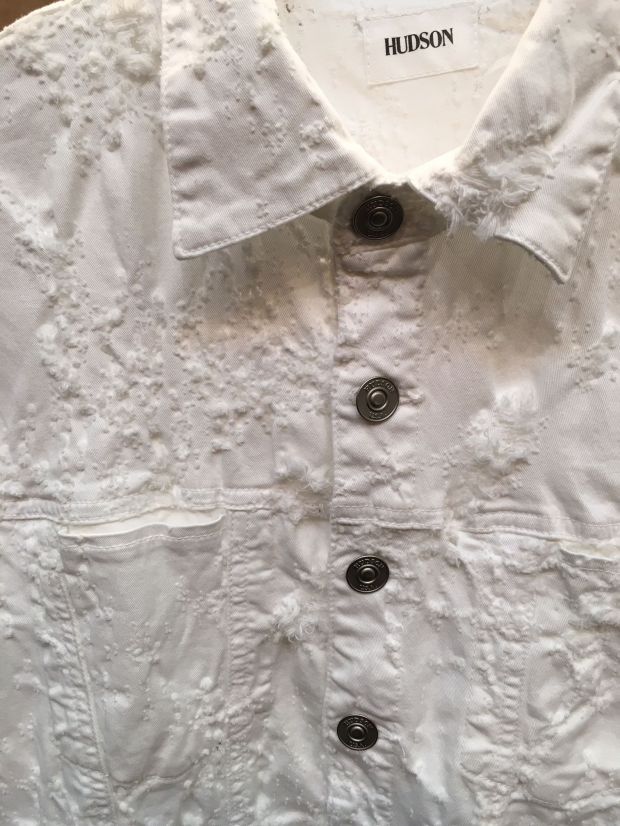 A number of different takes on the polo shirt were on display. We found one of the best in Danish label Wood Wood’s ultra sporty spring offering – a cropped boxy silhouette with a cutaway collar and a sharp V-neck in place of the traditional placket and button styling. 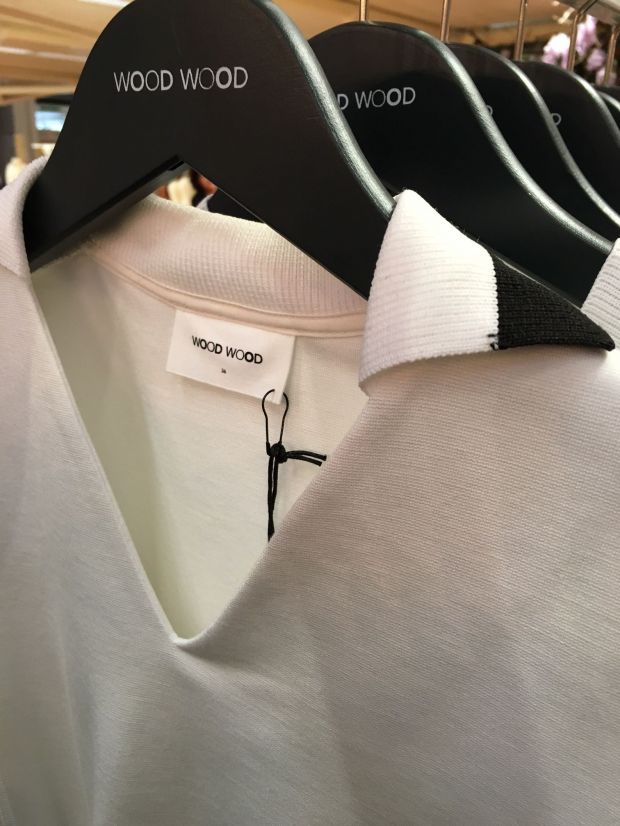 Bettan is one Swedish Hasbeens’ latest additions. The look is sleek but homey, with an upper that stretches towards the ankle like a sock and a wooden platform measuring just under four inches. 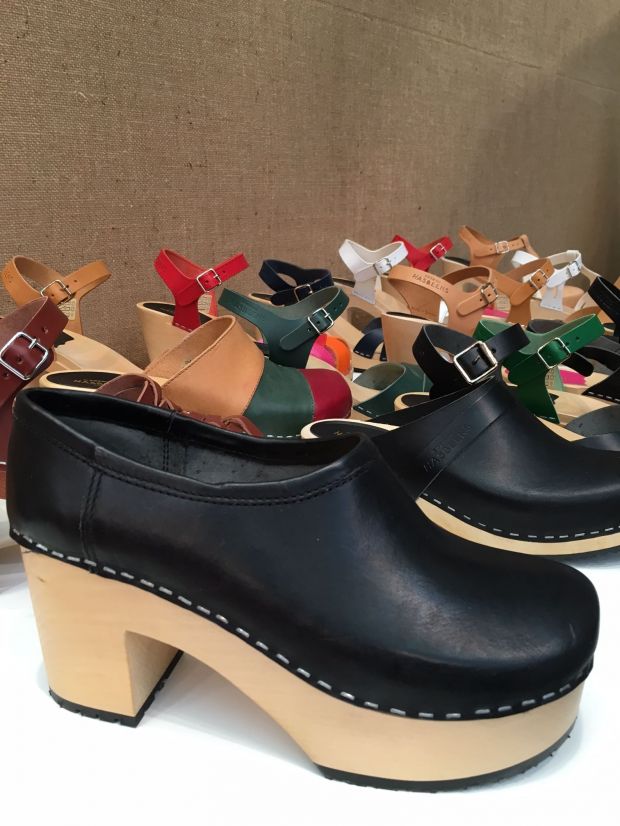 Panelling, often fusing subtle two-tone shades, added interest to jeans, denim jackets and various non-denim separates. As far as jeans were concerned, King of Indigo and Levi’s Made & Crafted served up some of the best panel constructions this season. 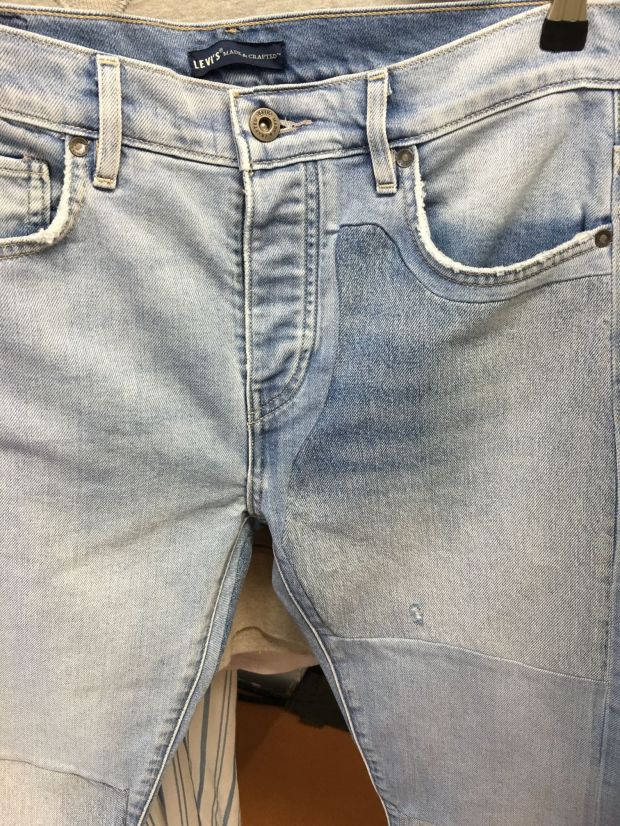 White, cream and anything in-between

White denim is back with a vengeance; it cropped up in almost in every jean selection on show, but cream hues appeared almost as often among Scoop’s exhibitors. 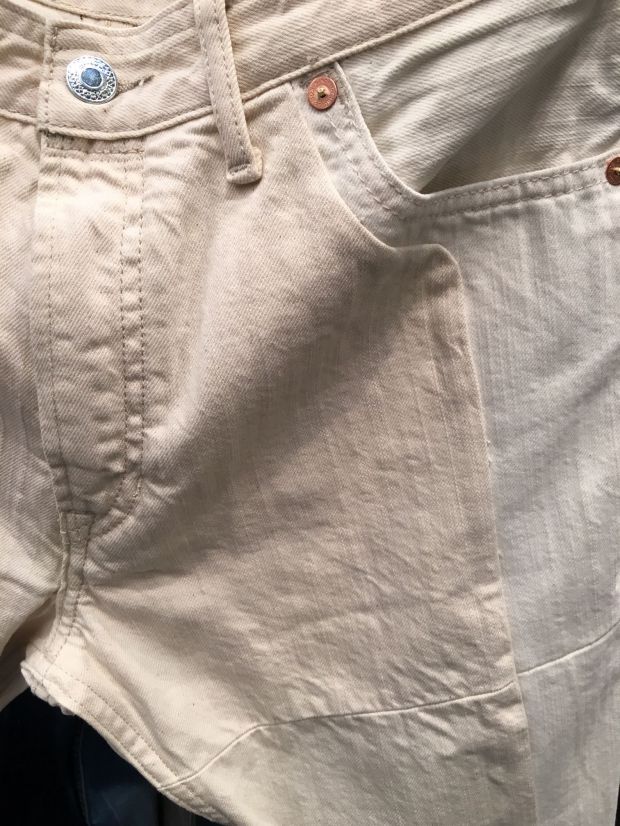 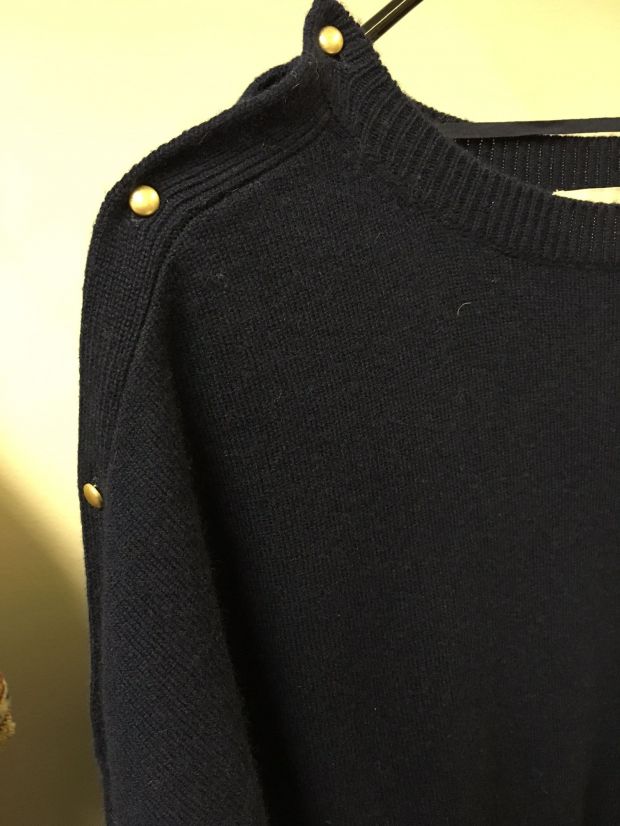