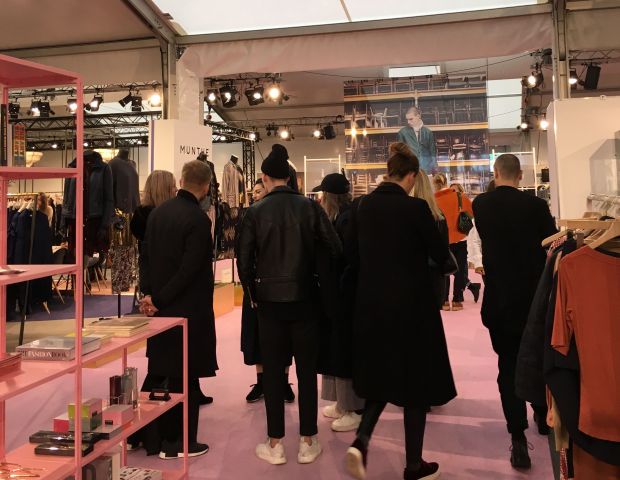 Copenhagen tradeshow Revolver (1-3 Feb.), which coincides with Copenhagen Fashion Week, concluded on Friday afternoon. For the second consecutive season, the fair that is held at the centrally located Øksnehallen, was completed with a tent extension to allow space for all exhibitors on one floor. What’s been the feedback on Revolver’s new home? “It’s been well-received as it’s easy to navigate,” said show founder Christian Maibom. “All booths are essentially A-positions – the space is laid out so that buyers and press will pass every stand without having to climb stairs or access tricky-to-find nooks and crannies. To give a sense of space, we’ve positioned the biggest stands near the central corridor,” continued Maibom, adding that he likes to shift designers and brands around each season to keep things interesting. 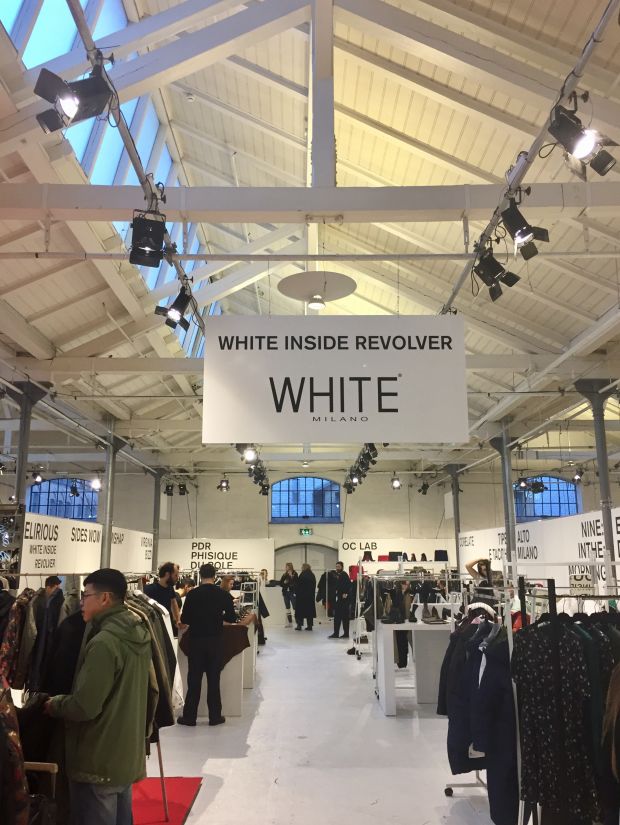 The collaboration with Milan tradeshow White and Revolver continues. Next season, the Danish fair will boost its presence at White with a bigger standalone space, introducing yet more brands from Scandinavia and beyond to the Italian market.

As for this season’s Revolver offerings, here are our favorite picks:

Henrik Vibskov has introduced denim for the first time in ten years, working with it in novel ways to give it his own stamp. He’s done so by introducing overalls in different iterations, jackets with grown-on, engineered sleeves and voluminous, tapered jeans in both full-length and cropped cuts. Some of the jackets feature a compelling ruched detail stretching across the back and sleeves in one continuous piece, reinforced with elastic. 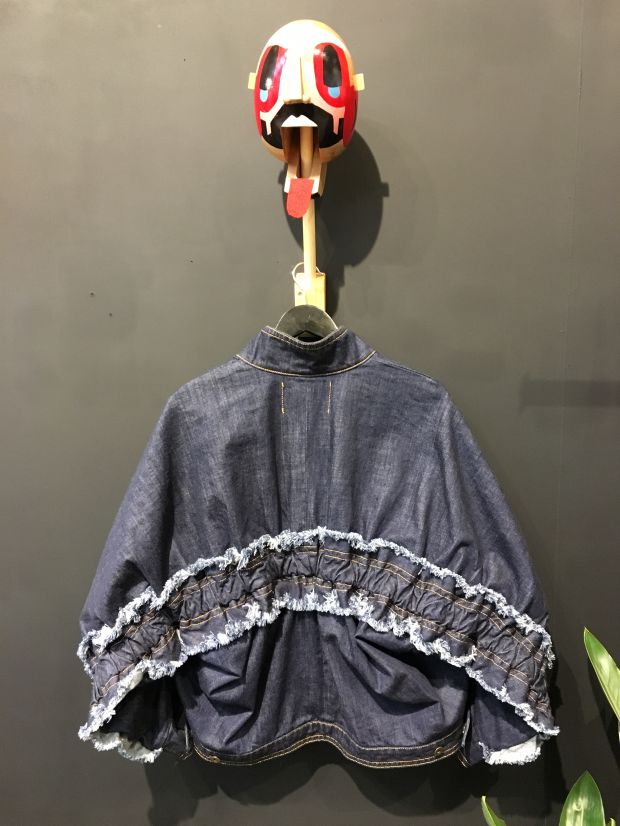 Designed in partnership with Californian artist Obi Kaufmann, Indigofera Prima’s F/W17 “Coyote Thunder” collab is a rustic affair that blurs the line between equipment and clothing. Despite its inherent practicality, there was a certain 1930s elegance to some of the looks that designer Mats Andersson showed us – such as the stand-up collar linen shirt and field painter vest combo. 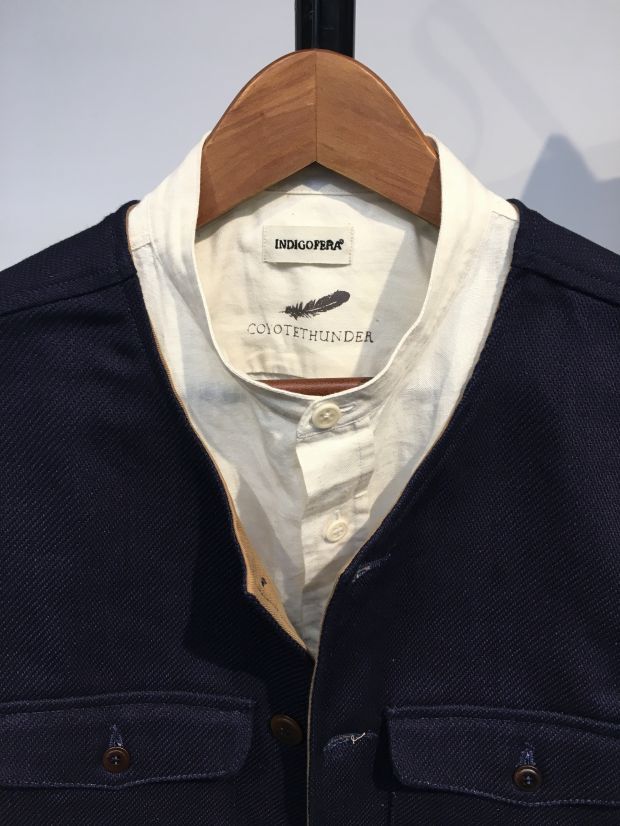 Vienna-based label House of the Very Islands, which started out as an art collective, has a strong fan-base in Japan. The fall collection’s “middle sex” pieces are clean-cut and versatile, incorporating anything from tunic shirts with dolman sleeves and kangaroo pockets to hand-printed tees and padded multi-way stoles, one of which is modeled in the picture above. 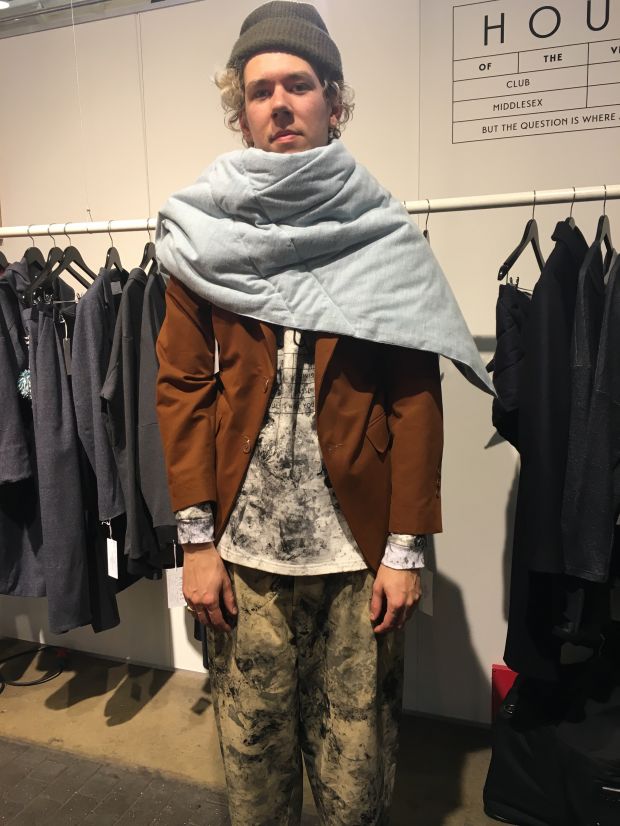 A portion of denim guru Örjan Andersson’s F/W17 collection featured reflective elements, appearing as side-stripes on black skinnies or slogans on knitted hats (“If you can see me”). To give maximum visibility on dark winter nights, Örjan’s crafted a bomber from reflective cloth entirely. 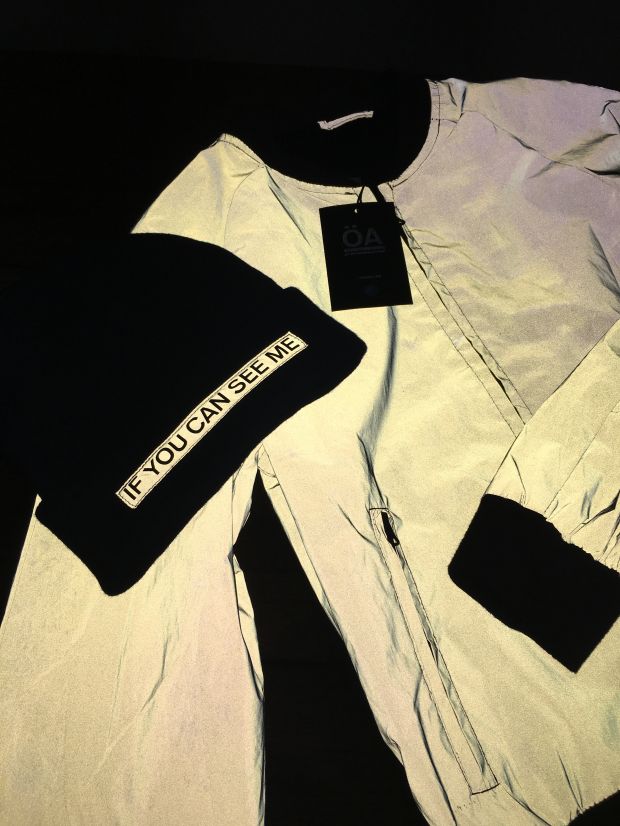 Bobble fleece is one of the biggest materials for the coming fall, and it made frequent appearances at Revolver. Laerke Andersen used it to maximize the volume of an already oversized sweater, while Henrik Vibskov proposed a top-to-toe teddy takeover by way of a fuzzy overall. The ultra textured fabric has also moved into the field of accessories – Wood Wood’s bobble fleece beanies garnered much attention from visitors. 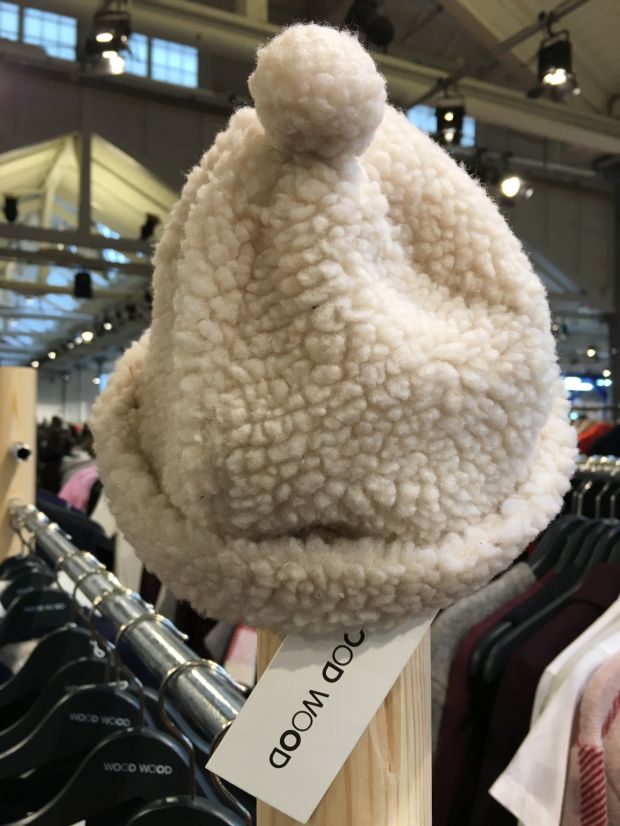 Dutch denim brand Kings of Indigo continues to experiment with new techniques and washes. One of the key details for fall is a contrasting “unpick” finish, offset against a medium blue stone wash. Each style has been treated individually, making for a unique look. 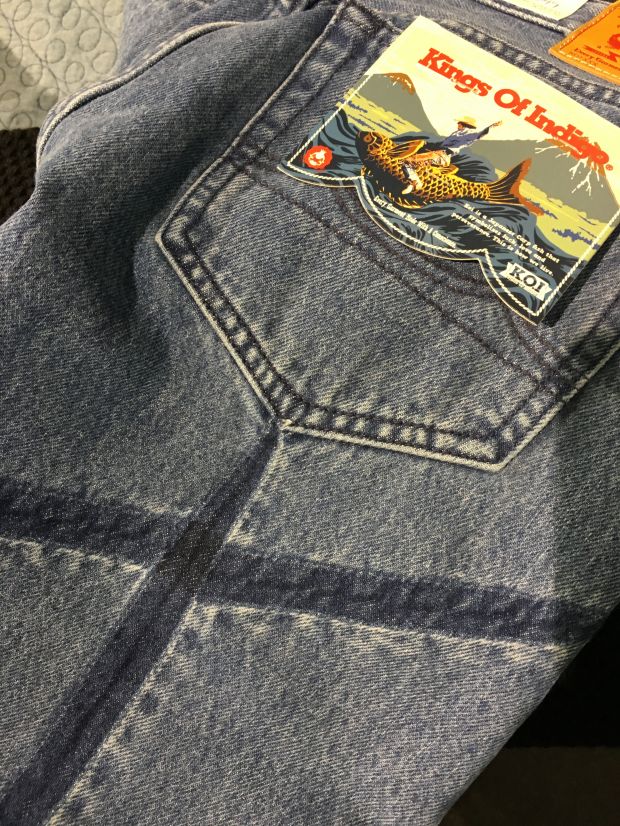 New Danish “pack-a-mac” label PackMack is the brainchild of Trine Rosenkjaers and Tim Larcombe, both of whom are of senior Levi’s pedigree. For F/W17, the duo’s come up with three fully waterproof silhouettes – an anorak and two zip-through jackets in different lengths. Among the many color options available, we fell for a particular shade of burnt orange, which is based on the exact shade of a 1970s Porsche. 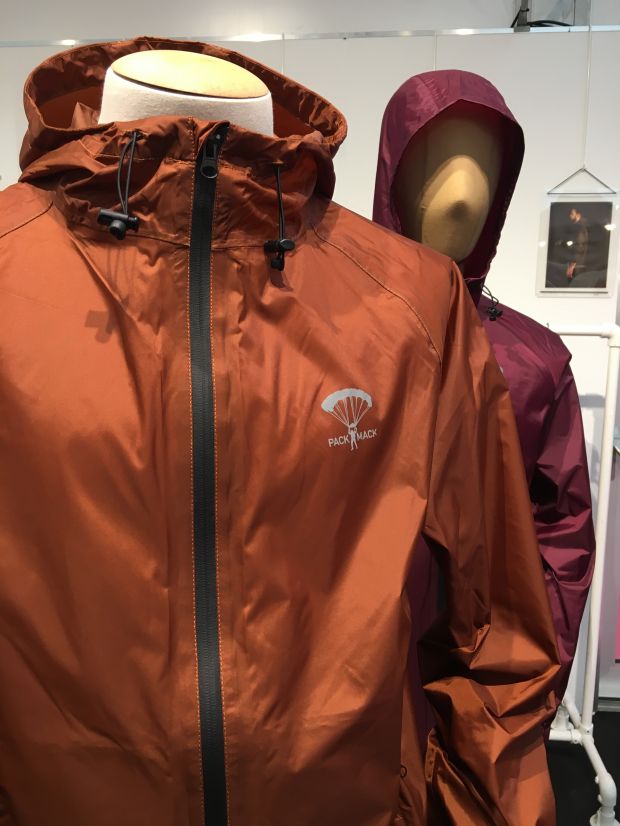 The return of Lois Jeans
Amsterdam-based company Los Hermanos Azules took over the Northern European license for iconic Spanish denim brand Lois Jeans two years ago. At Revolver, they presented their 5th Lois collection which is full of classic references to the brand's heyday in the '60s and '70s (flares, corduroy shearling jacket, tight-fitting logo shirts), but also trendy newness such as made-in-Spain patchwork denims or sporty longsleeve shirts. 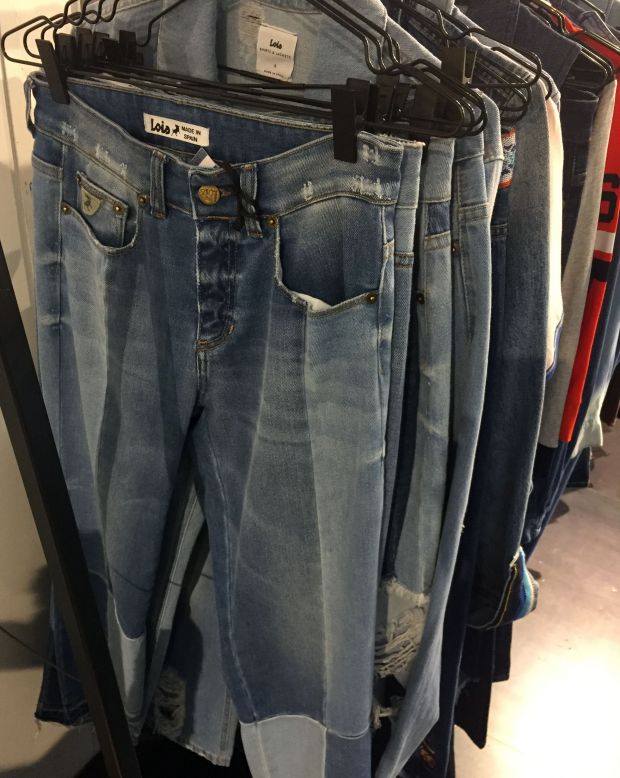 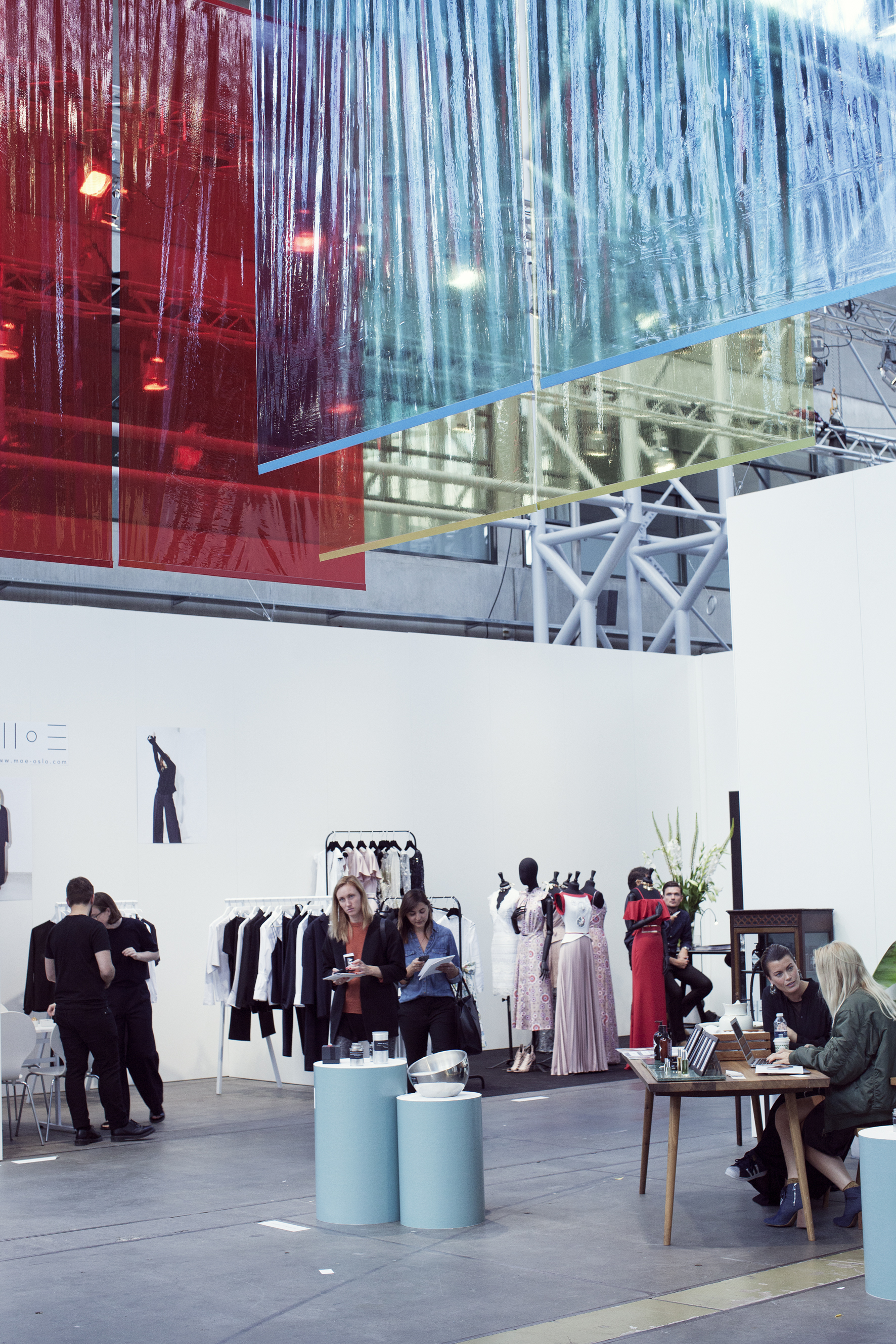 What not to miss at the Copenhagen trade shows this week 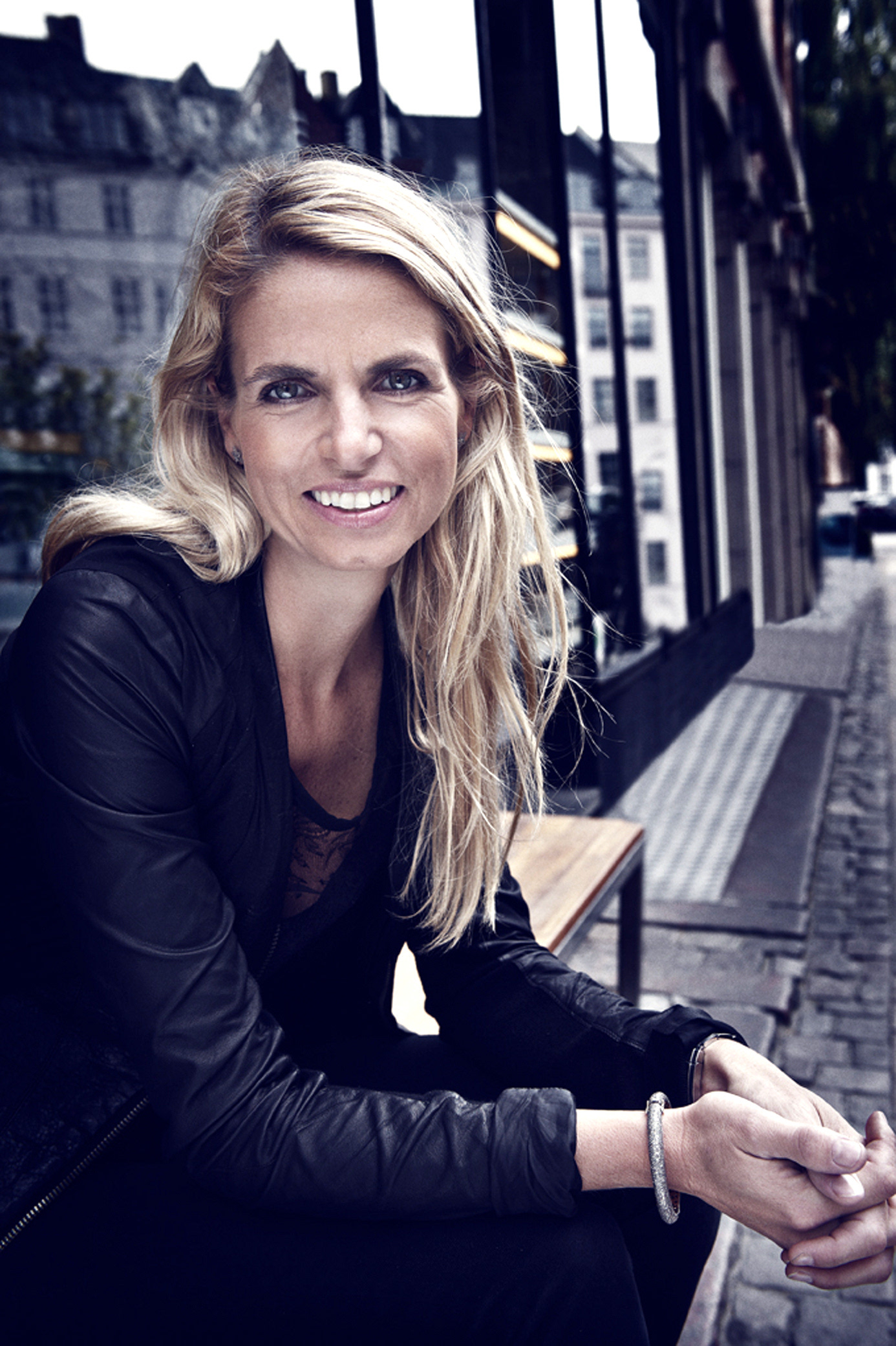