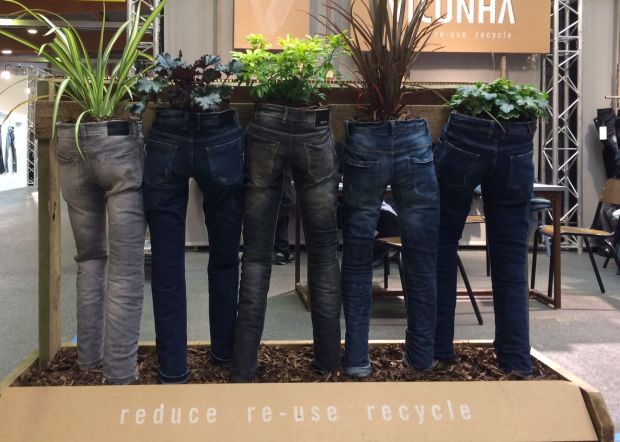 What you have missed at Denim Premiere Vision

Denim Premiere Vision has just closed its latest edition held on November 14-15, 2017 in Paris at the PEC (Paris Event Center) in La Villette. The event saw a positive attendance on the first day–especially in the afternoon–and a quieter second day but things picked up that afternoon. Contrasting opinions came from exhibitors as some had an increased number of visitors, including more international ones, while others complained about the show’s generally slow attendance.

“Considering the general context the denim industry is facing now, a phase of cultural and structural change, the latest edition makes us feel optimistic for the future,” commented Chantal Malingrey, director of the show. “We know there is a lot of work to be done, but this new concept of show organized as a double event was appreciated as a high quality one at all levels. We hosted 80 exhibitors, though we continue to be selective and innovative. By analyzing the profile of our 2,000 visitors we noticed that 66% of them were international and more differentiated than in the past. The show was visited by pure players, ready-to-wear fashion brands, new generation brands as well as avant-garde designers and big retailers. This shows that an evolution is happening.” 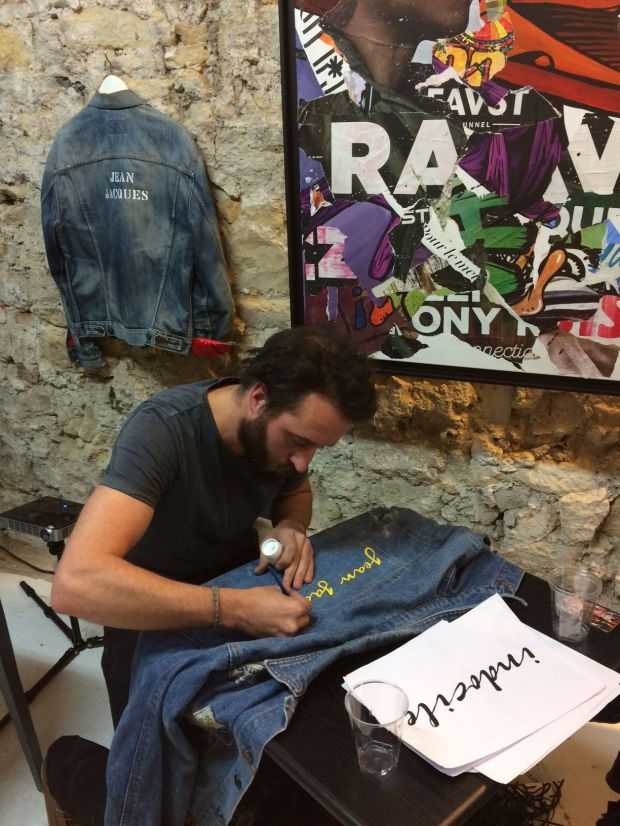 New projects for a change

Its layout was entirely renovated and positioned the trend area in the center of one single pavilion rather than right at the entrance. Thanks to its new position, the trend forum–refreshed in content and presentation and organized on two levels–could better attract visitors from various areas of the whole location.

Booths were completely redesigned according to an easier and more casual attitude than in the past and a wider program of conferences involving a larger number of fashion and denim market insiders drew a vast audience. 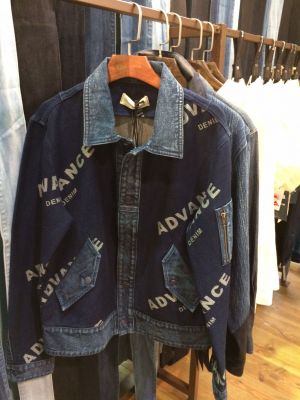 Most appreciated was “The Denim Pop-Up Street,” an off-site initiative inaugurated in the evening of the first day and held in the Marais characteristic city area along the Rue Du Vertbois. The street hosted a selection of temporary shops and laboratories presenting the creations of 16 up-and-coming international designers who had also presented outfits inside the show’s trend area. Also at the street event were installations by young artists, Marithé & François Girbaud’s reborn own collection and a customization project carried out with Jeanologia.

A friendly get-together hosted inside a historic building of the Marais closed the opening night of the show and welcomed insiders celebrating of the show’s tenth anniversary. Malingrey underlined: “The general festive atmosphere was well accepted as more trendy and unexpected than a usual type of celebration. Moreover, the freshness of the Denim Pop Up Street event has brought creativity to the street and showed everyone how denim is not only meant to be used for five-pockets but also for more innovative and imaginative fashion interpretations.” 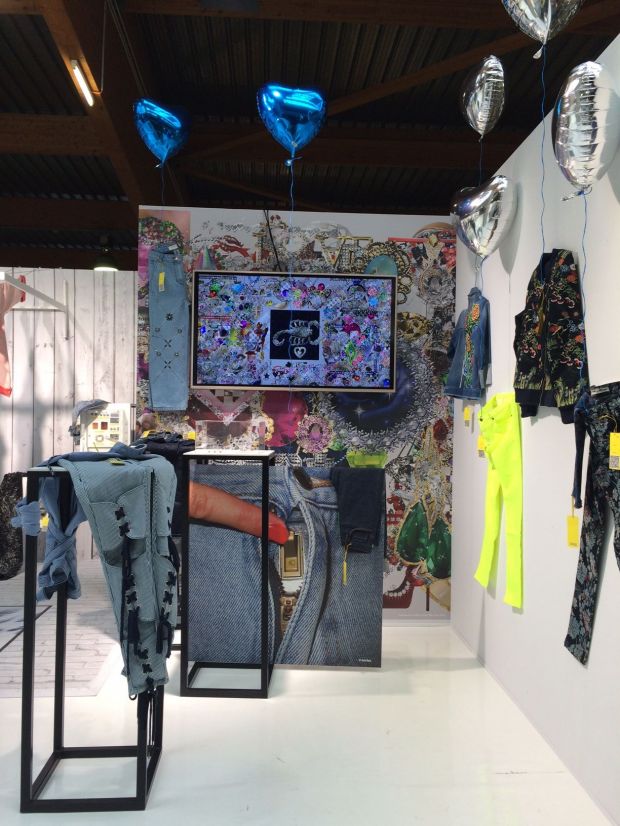 Comments from the industry

Exhibitors expressed contrasting opinions about the show. Positive feedback came, for instance, from Christian Reca, owner G&G Abbigliamento: “I participated this show for the first time and met many international visitors. I got in touch with Russian, French, Spanish and US top-quality companies.” Similarly, Qasim Ahmed, owner, Kassim Denim, was satisfied: “I met many companies and brands–especially on the first day. For me it was a great opportunity, as it always been in the past. For this I always present some new project or development during this show.”

Also Rajby was happy with the attendance: “We registered a higher footfall than in previous editions,” commented Hasnain Lilani, head of design.

Calik recognized an increased number of companies visiting its booth, though mostly French ones. Others including Vicunha, Artistic Milliners and US Denim were not satisfied with visitor traffic. However everyone seemed to agree that the Denim Pop Up Street event presenting interesting new interpretations of the fabric was inspiring. 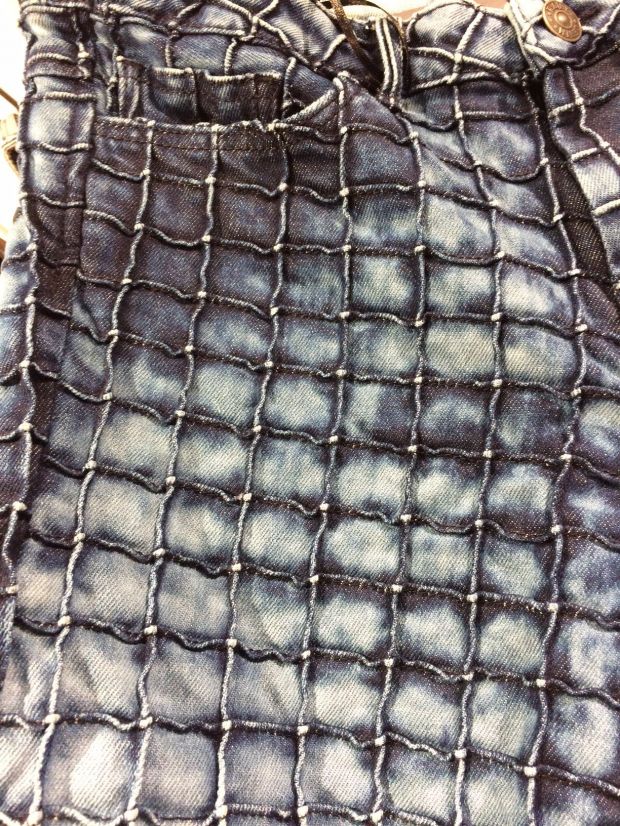 Although the show recently announced that it will move to a new location starting from 2018, many insiders and exhibitors guess that its best move for the future could be happening during Premiere Vision. While the timing would not be the best, many think that denim and jeans manufacturers would profit from the vast and international audience that attends the main show. In addition, timing has become more fluid as jeanswear has become almost a seasonless product, therefore any time can be the right occasion for the denim community to meet and see the newest developments.

Malingrey replied that, even if they are still in the phase of analyzing results from this latest edition, they will certainly move to Parc Floral. “It is too early to disclose novelties for our next edition. For sure the new location will offer more basic booths though there will be still room for each company’s own creativity and desire to customize their space. For sure, as times are changing and budgets are not the same ones as in the past, our aim is to concentrate on exhibiting spaces that will focus on the product as that is the best way for a company to differentiate itself from the others.” 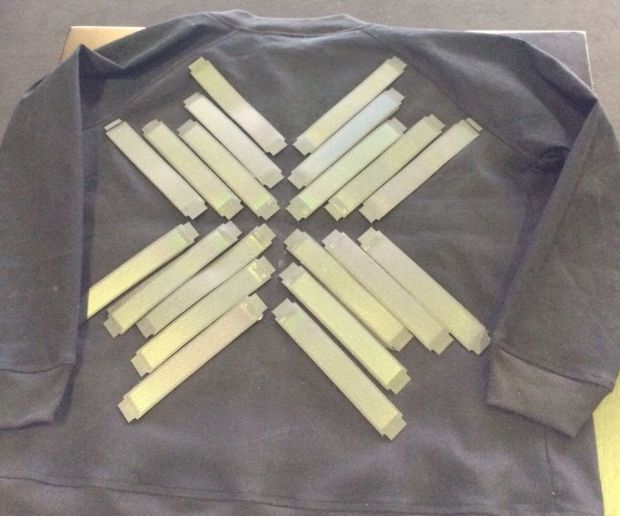 Many novelties were presented during the show, though a few main ones were especially interesting.

Kassim presented a new denim jacket prototype that incorporates ultrathin detachable solar panels that connect to a portable USB phone battery charger. The new project was carried out in collaboration with Christoph Hanser, owner of Luzpac, a German expert in the solar wearable technology. The first jackets produced in collaboration with Kassim will be sold in summer 2018 through a pop-up store hosted by Selfridges in London and through Luzpac’s own e-commerce platform.

US Denim has also launched a new special denim that, when exposed to sun or artificial lighting systems, lights up in the dark.

Also new was the initiative organized by M&J. This specialized garment manufacturer has collaborated with Alessio Berto, owner of the The Tailor Pattern Support studio and a longtime Italian consultant expert in pattern design who has collaborated with many important Italian and international denim brands. He replicated three vintage uniform trousers worn by Italian sailors and French legionnaires from the 1950s and 1960s. He designed their patterns and had them faithfully produced by M&J according to top quality manufacturing standards of those years. 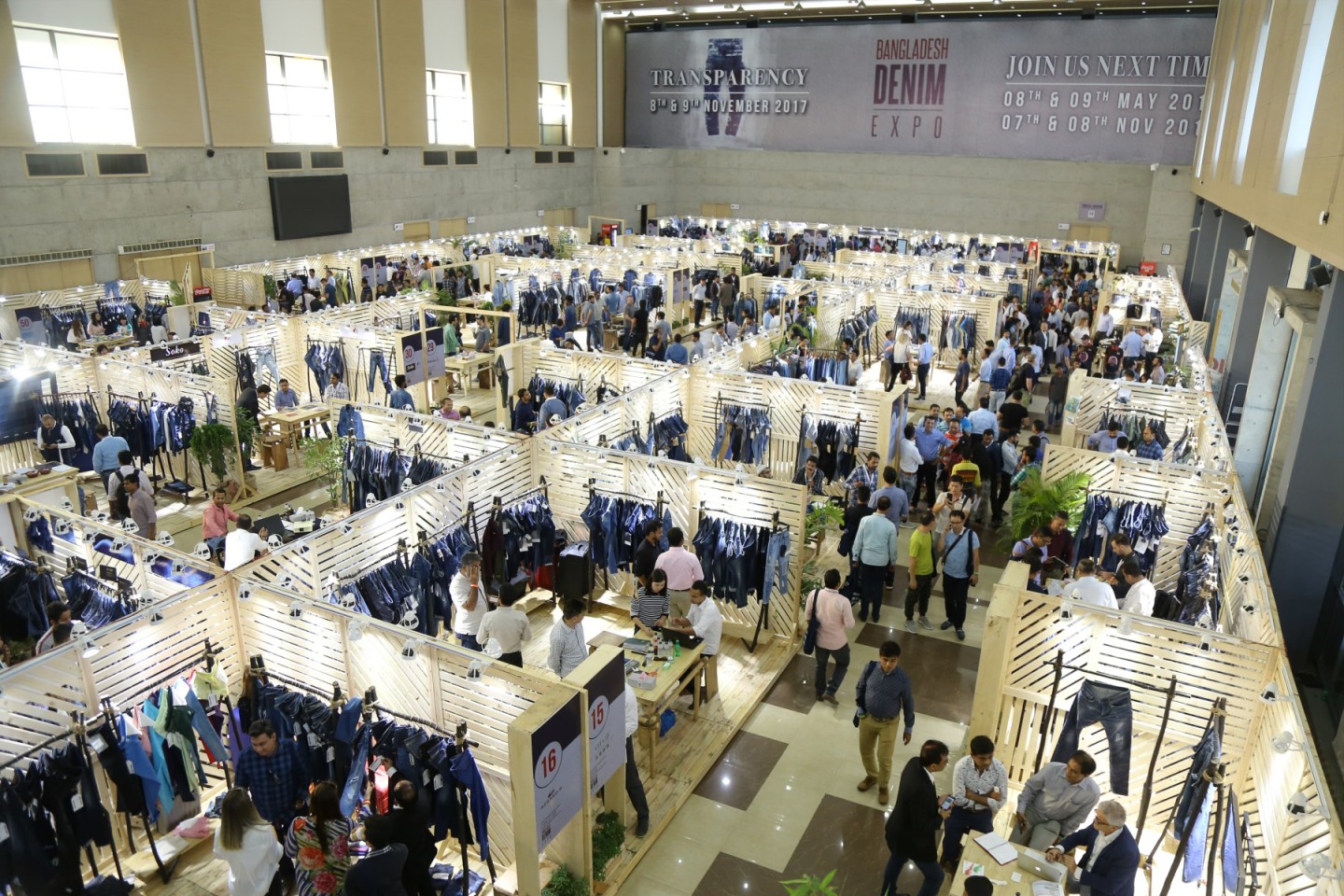 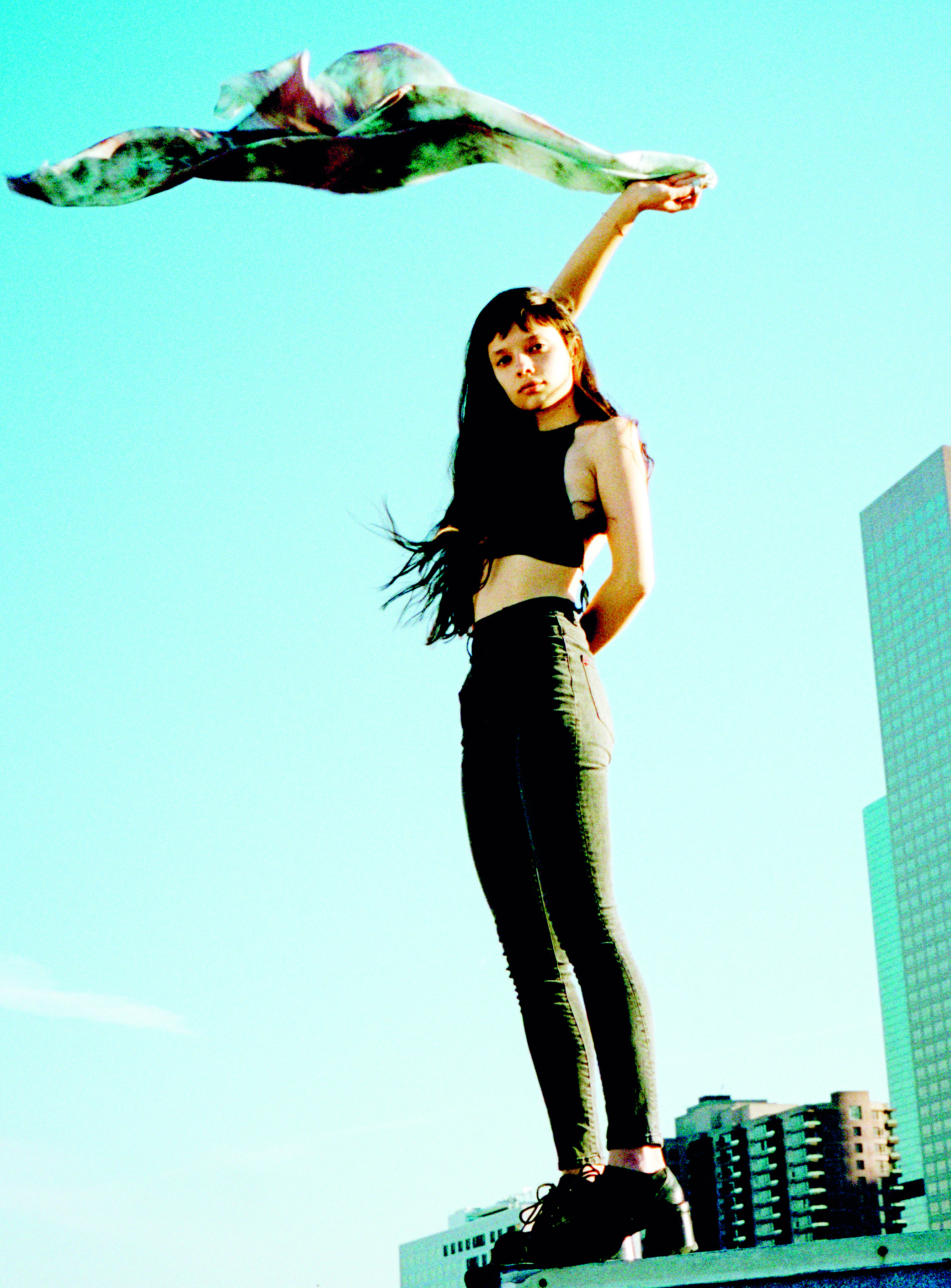 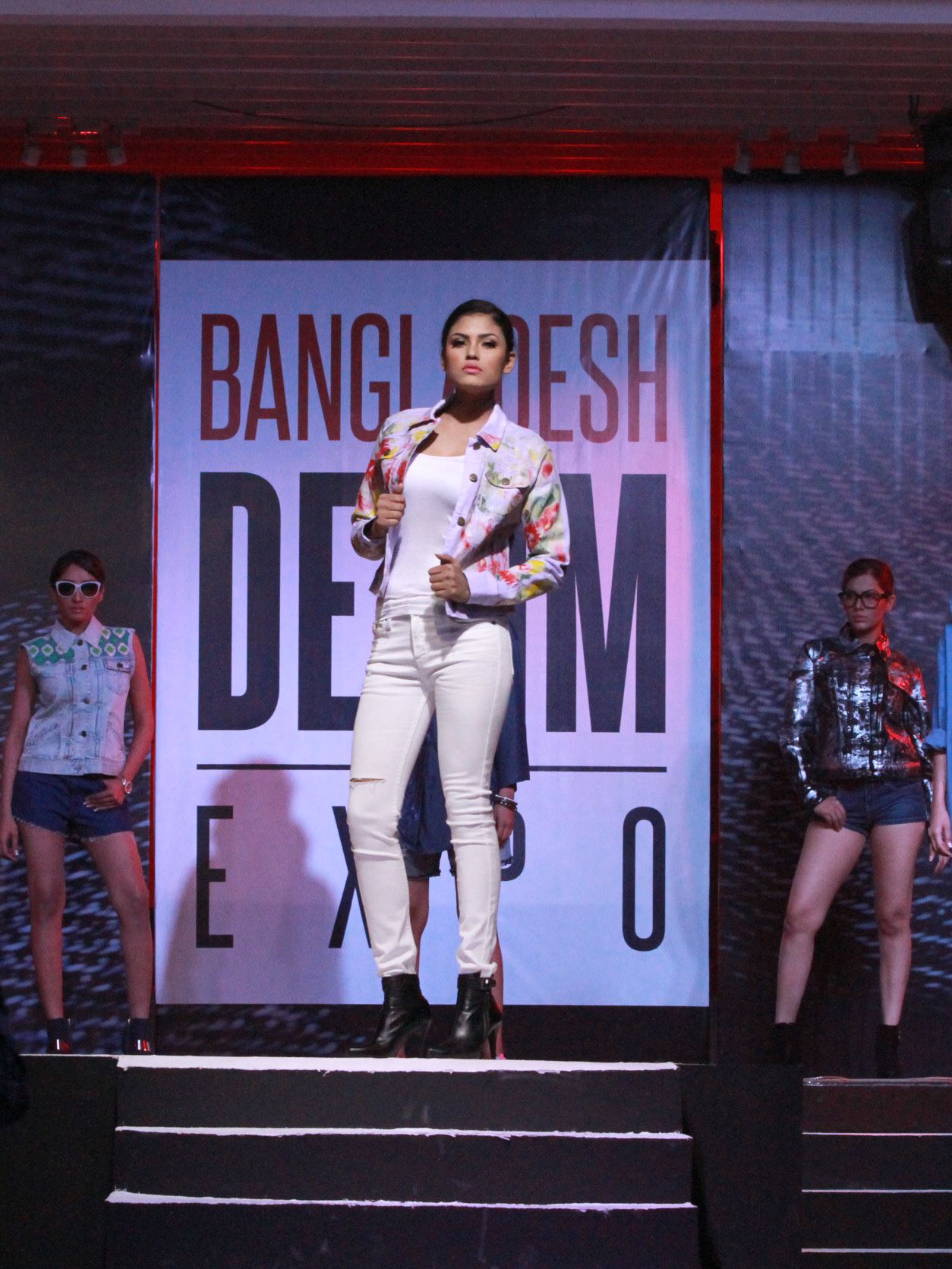 Bangladesh Denim Expo plugs transparency for its next edition 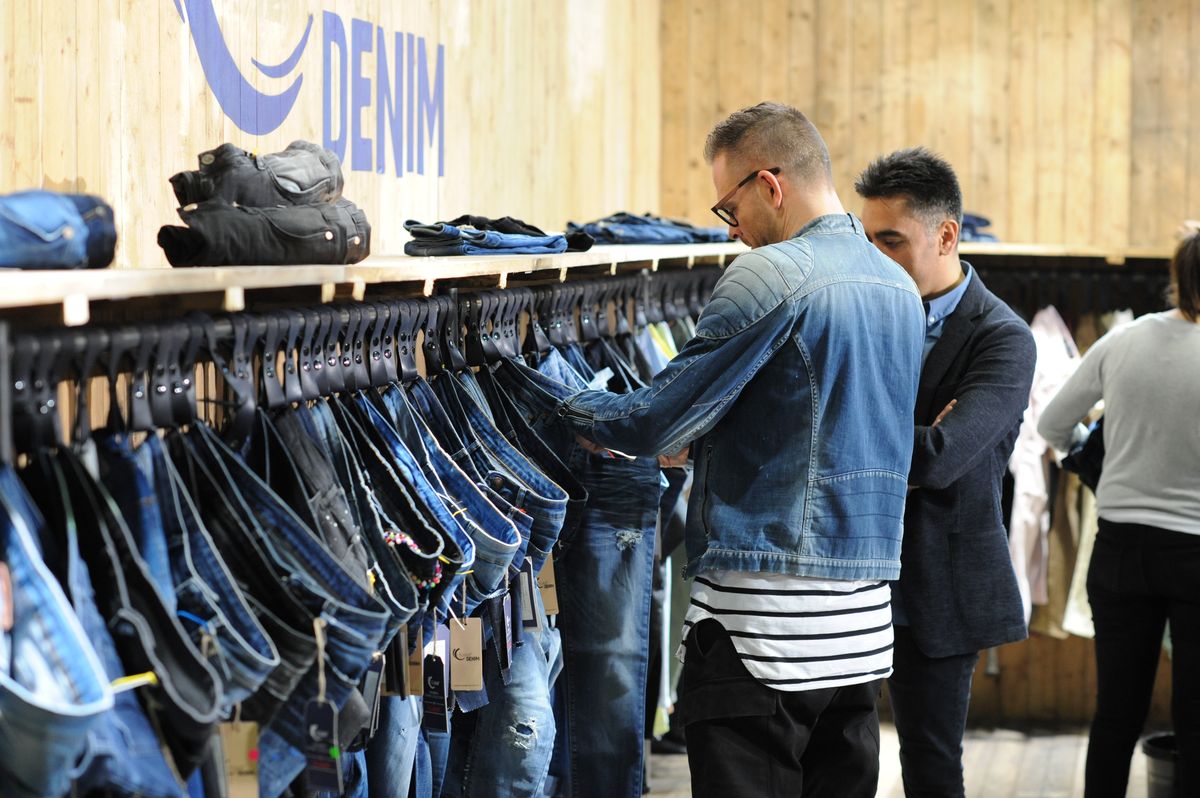