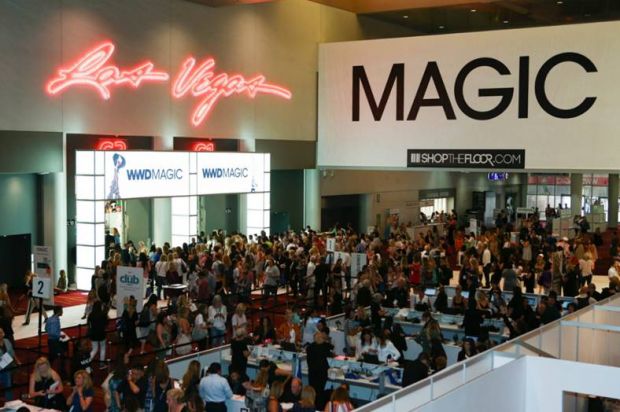 Bright colors, an ‘80s optimism and plenty of fresh denim looks were on the trade show floor during the August 15 to 17 run of the Las Vegas shows. While retailers have been in a cautious phase, it didn’t seem apparent from the large number of people in attendance.

Designers were optimistic and turned out plenty of newness for Spring ’17. From bright pastel colored sweat suits to athleisure-infused denim collections and progressive nongender looks there was plenty of options.

UBM, owner of MAGIC Marketplace and Project, held its menswear shows The Collective, Workroom, The Tents, Project and Pooltradeshow at the Mandalay Bay Convention Center. The addition of the recently acquired BJI Fashion Group shows - MRket, Stitch and Accessories the Show - made the event an even larger feat to navigate. 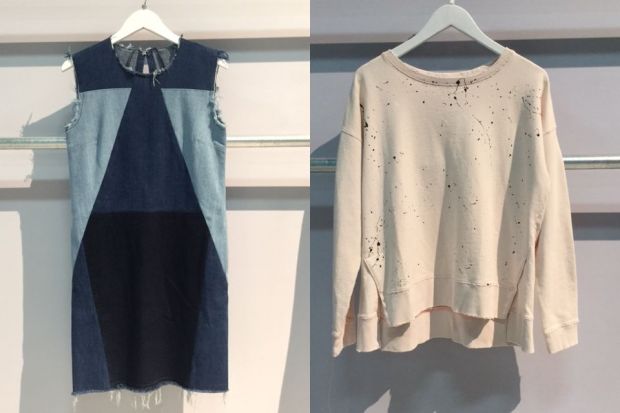 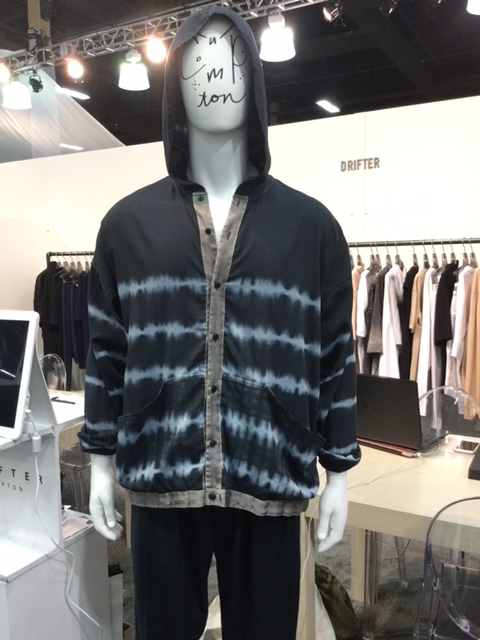 The addition of MRket to the approximately 340,000 square foot show floor made the menswear selection even larger. “[MRket] is now a section of our show which is exciting because it brings in the better menswear, the Italian tailored retailer, which was very positive in New York and is positive here too,” said Erik Ulin, UBM President of Men’s. “We have the retailer spending more time with us at the show because now they can shop for the tailored customer, as well as the contemporary customer.”

[MRket] is now a section of our show which is exciting because it brings in the better menswear, the Italian tailored retailer.

In menswear, Ulin said he is seeing a continuation of the dressy causal look. “That new dress code, that’s really taking over in the work place. Dressing down a suit. I think you’re seeing a lot more brands emulating that,” he said adding that craftsmanship and companies with a charitable focus are also key. “There’s still the ongoing push I think for athleticwear or athleisurewear, but including more technical components and creating something for that guy’s lifestyle whether it’s active or if it’s for comfort.” 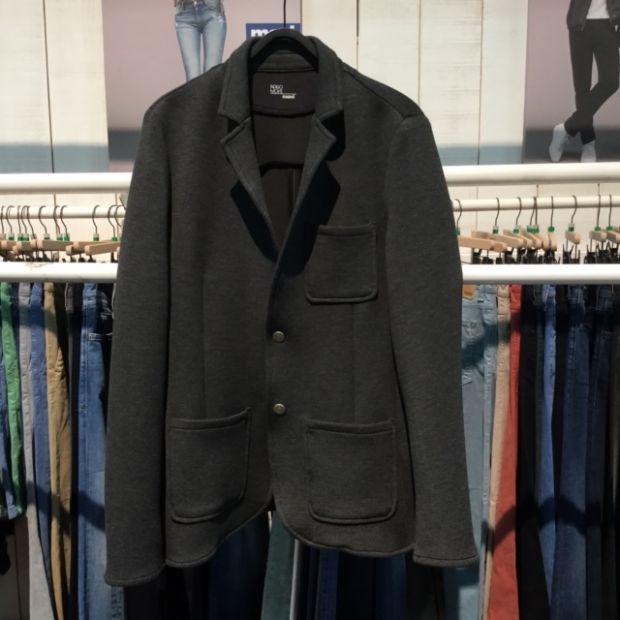 In regard to retail, Ulin noted that the year has been trying for some, but specialty stores seem to be doing well and online is growing. “In short, it’s a tough market, but there are still glimmers of hope I think,” said Ulin, who explained that a new section at Project called PIVOT features technology companies, who are offering solutions for the ‘pain points’ experienced by fashion companies. “[Creating] the technology section for instance is one way to figure out how we can all do business better,” said Ulin. “I think that’s one of the big things that we as a trade show can do as well to be part of that conversation or dialogue and how to change the industry going forward.” 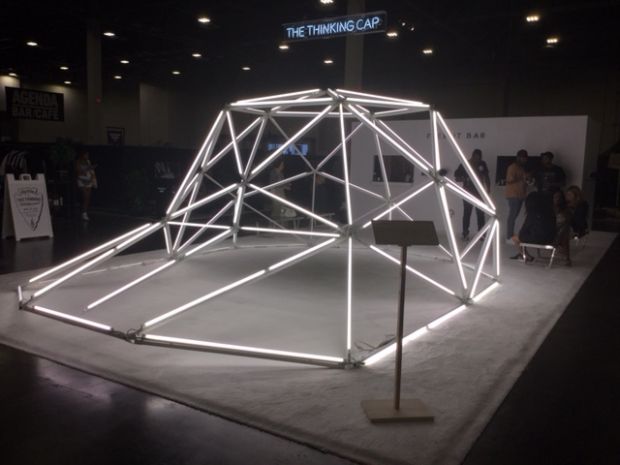 Modern Assembly, which includes Liberty Fairs, Agenda and Capsule, was held once again at the Venetian’s Sands Expo Center.

Liberty Fairs continued to offer directional menswear as well as innovative retail concepts for buyers to explore at the show. New sections this season included The Living Room, a section of homewares curated by Andrew Livingston of Knickerbocker Mfg. Co. and WithMe, a technology driven retail concept, which was displayed on the show floor in partnership with Brooklyn retailer Kinfolk. “We’re definitely looking into the technology aspect of fashion. We think that retail is going a different direction, and this is one way of showing the platform,” said Liberty Fairs co-founder Sharifa Murdock.

On the show floor, the selection ranged from streetwear to advanced contemporary and designer menswear. Floral prints, cropped pants, baggy fits and pastel colors - especially pink - were some of the key looks. Denim ranged from clean to distressed as well as customized styles such as cropped denim jackets and frayed hems. 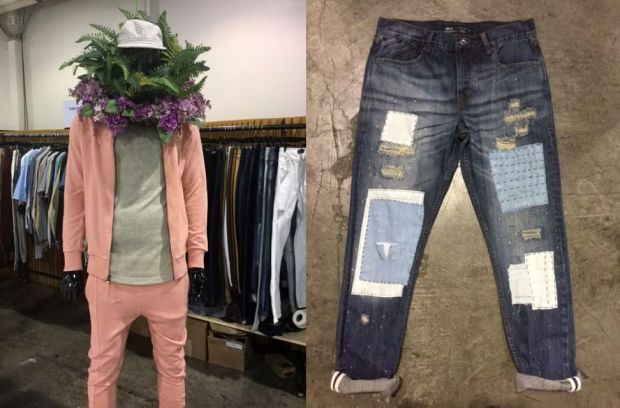 “We’ve definitely seen a growth in that streetwear athleisure category on the men’s side of things,” said Liberty Fairs co-founder Stephanie Seeley. “We have a handful of dual gender brands that also brought that into the show this season. I’m still seeing a lot of denim,” she added. On point this season are denim brands such as S.M.N. Studio, Dr. Denim, Ksubi, Frame, Nudie, Levi’s Made & Crafted and Comune, who relaunched for Spring ‘17. Other directional brands included Melton, Parke & Ronen, Android Homme, Ovadia+, Brett Johnson and Japanese shoe brand Flower Mountain. 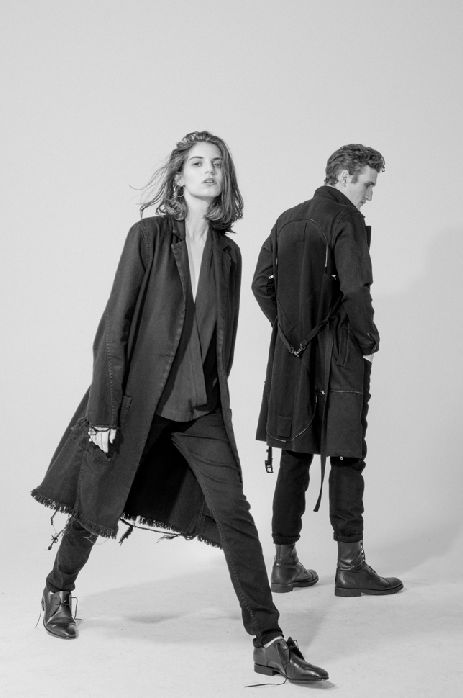 Comune re-envisions itself with new designer

Seeley noted brands such as Barena are creating a cool twist on streetwear. “The streetwear scene is very interesting to me on how that has kind of crossed. It was just athleisure, but now it’s going all the way into the tailored clothing brands,” she said. In today’s market, the rules are there are no rules. Brands are crossing over into different categories and several menswear brands including Publish have also added women’s to their line-up. Creative Recreation launched a women’s sneaker collection, which will debut for Spring ’17. 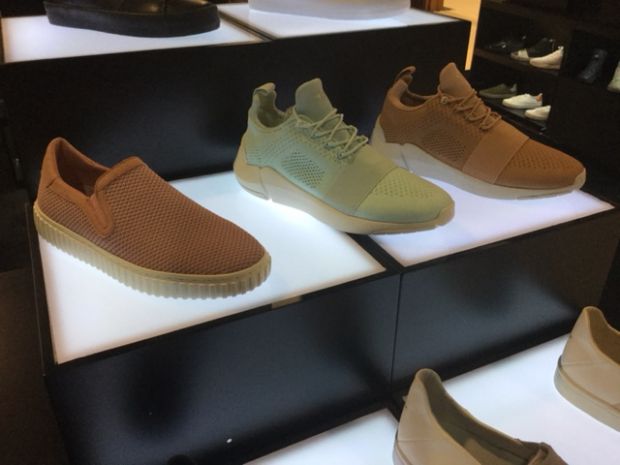 At Agenda, the trade show floor was buzzing. “When lots of retailers show up and people are doing business, I’m excited,” said Agenda founder, Aaron Levant. The show had plenty to attract attendees including installations such as a neon “Thinking Cap” by Flexfit, a new Enclave section with artsy displays and shoe customizer Randy the Cobbler, who customized sneakers right on the show floor. It’s that kind of “experience” that many Vegas show organizers noted was key to attracting customers not only to trade shows, but also to stores.

Denim, Dad hats and sporty looks are still big in the streetwear market according to Levant although retail has been challenging. “Overall, I would say street is down. There are certain portions of it that are better,” he said. “Nothing trend-wise has really dramatically changed. I think definitely some people want some more aspirational expensive products or something that looks like it,” he said. The unisex trend he noticed is happening. “I think girls are wearing a lot of guys street stuff in guys sizes or cutting it. Unisex is definitely big in street. Especially a lot of flannel and that faux Kanye look,” he said noting that tonal flesh colors, hoodies, jogger pants and matching hats are key styles.

I think girls are wearing a lot of guys street stuff in guys sizes or cutting it. Unisex is definitely big in street. Especially a lot of flannel and that faux Kanye look 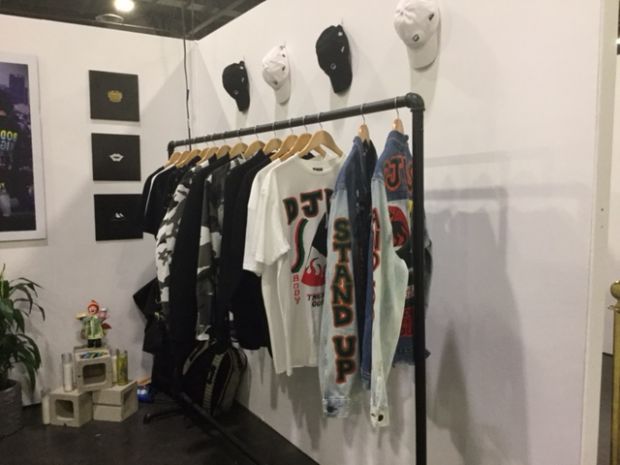 Photo: SI team
Body High
Ripped up jeans were prevalent throughout the show from many different brands. “[Denim is] definitely still big. I think it’s bigger than it was last show. I feel like it’s now, but it’s saturated,” he explained. The biggest shift Levant said is the demand for retro sportswear such as Polo, Ralph Lauren and Tommy Hilfiger. “‘80s and ‘90s sportswear is really invading the streetwear category,” he explained adding that Agenda is now including cash and carry vintage clothing at all its shows. Key items include old hip hop concert tee shirts, retro sportswear and sports memorabilia. “Those things are definitely trending and we’re going to incorporate more and more of that into the show going forward,” he said. 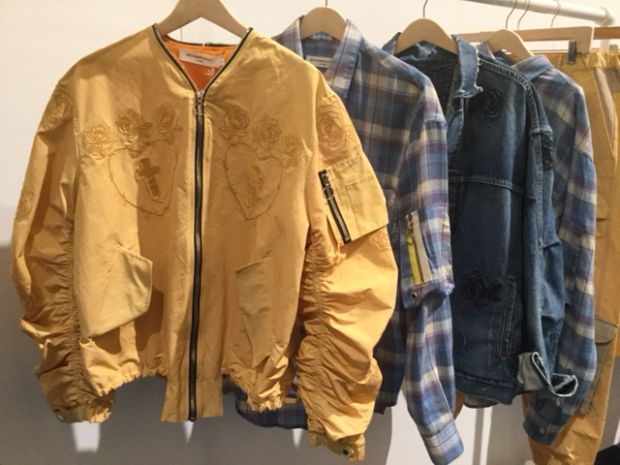 Photo: SI team
Mr. Completely
At Capsule exhibitors reported strong sales to show organizers on opening day. “I think that there were a lot of buyers that were looking at Vegas as their opportunity to make more informed and firmer commitments for next season,” said Capsule Show Director, Chris Corrado. “I think it stands to reason that Vegas was going to be a pretty good market -and it looks like it is,” he added. The show, which continued to offer its unique mix of heritage collections and progressive, advanced contemporary brands as featured in its New America area, created an interesting mix for retailers. Key brands included Poler, Second/Layer, Woolrich, Monitaly, Black Rabbit, Mr. Completely, Stampd, The Squad, Naked & Famous Denim and GHSTS.

Capsule put an emphasis on its special activations including a Sundries section featuring gift and home goods; its Elements section with beauty, grooming and apothecary items; and Capsule Market Square, a pop-up cash and carry area dedicated primarily this season to vintage product, which was vey well received. 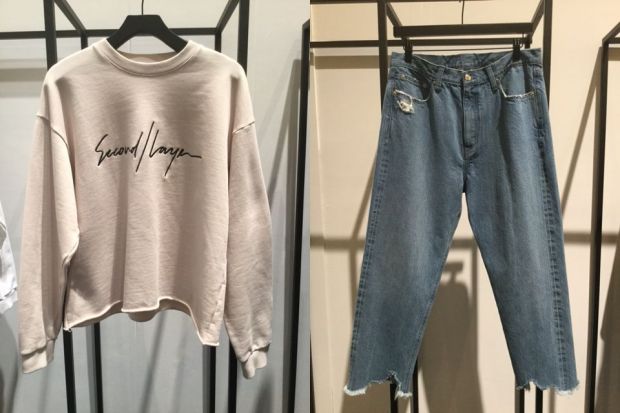 In the women’s market, Capsule co-gounder, Deirdre Maloney, noted that athleisure is evolving as an exciting category. “In the women’s market, the sports lifestyle, beauty and jewelry - those are our three fastest growing newer categories,” said Maloney. “The jewelry business is on fire right now,” she added. For men, the athleisure trend could be seen in the sporty materials and utilitarian details such as taped seams, zippers and drop cord closures that turned up in many collections. The fashion sneaker market also continues to grow. For denim, Maloney and Corrado noted reconstructed styles are trending, Mom jeans are back in full force and designers are looking to the early ‘90s for inspiration. Directional trends for Spring ’17 are oversized silhouettes, zipper details, embroidery, cropped styles and multi-color contrast stitching - basically, not plain.

To be successful in the current retail climate, Corrado noted that brands need to continue to provide newness for customers and establish strong working relationships with their partners. “I personally look at this as a very exciting time because whenever we’re challenged, we have to come up with new solutions,” said Corrado. “That’s what we’re trying to do here is progress and push forward.”