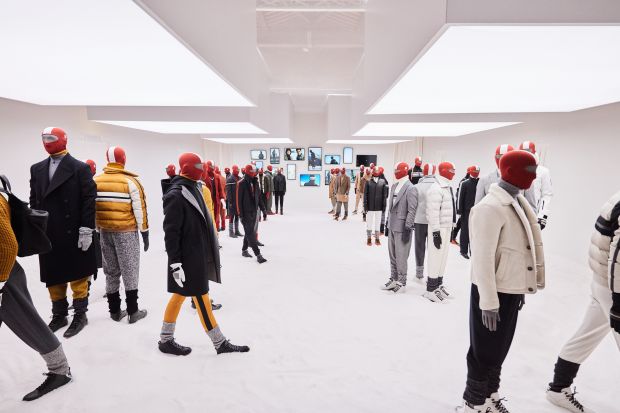 Hot in the cold - News & Trends from Pitti Uomo

Pitti Uomo has closed another successful edition (January 10-13), registering a total of 36,000 visitors of which 24,300 were buyers. Despite a short and fortunately false bomb alarm on Thursday morning, the show’s atmosphere was very friendly and warm, juxtaposed with the freezing cold grasping the city. 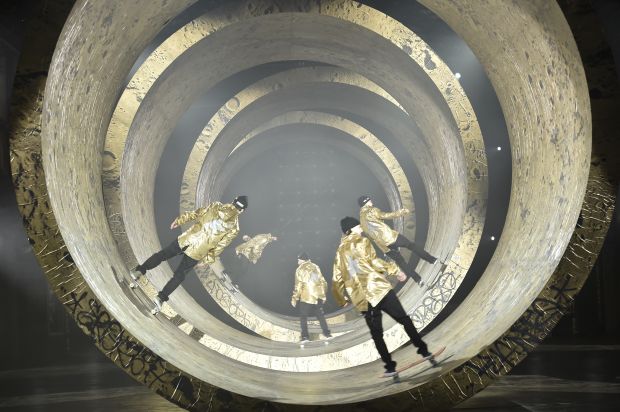 Whilst the number of Italian visitors decreased by 3.5% compared to the previous year, the number of international visitors was stable. These came from over 100 countries, with majorities from Germany, Japan, UK, France, Spain, The Netherlands, China and the USA. Newcomers included buyers from Canada, Israel and South Africa. Russian visitors have increased, while those from Turkey – as expected – slowed down.

Here's our roundup of the most striking news and trends from the showgrounds. 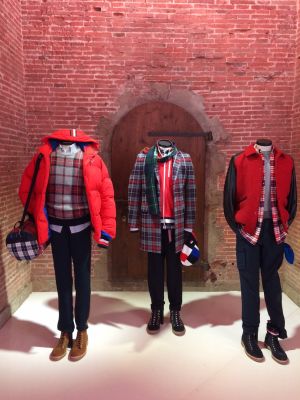 Men? Sportier then ever

Softer silhouettes and a revival of casual ‘70s, ‘80s and ’90s silhouettes are widespread trends characterizing the f/w 2017/2018 collections on display. Sports, casual- and streetwear are currently having an influence on most brands, even on traditionally more classic lines. 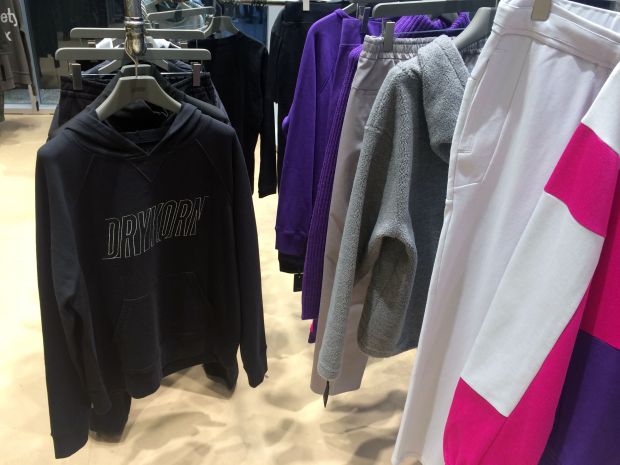 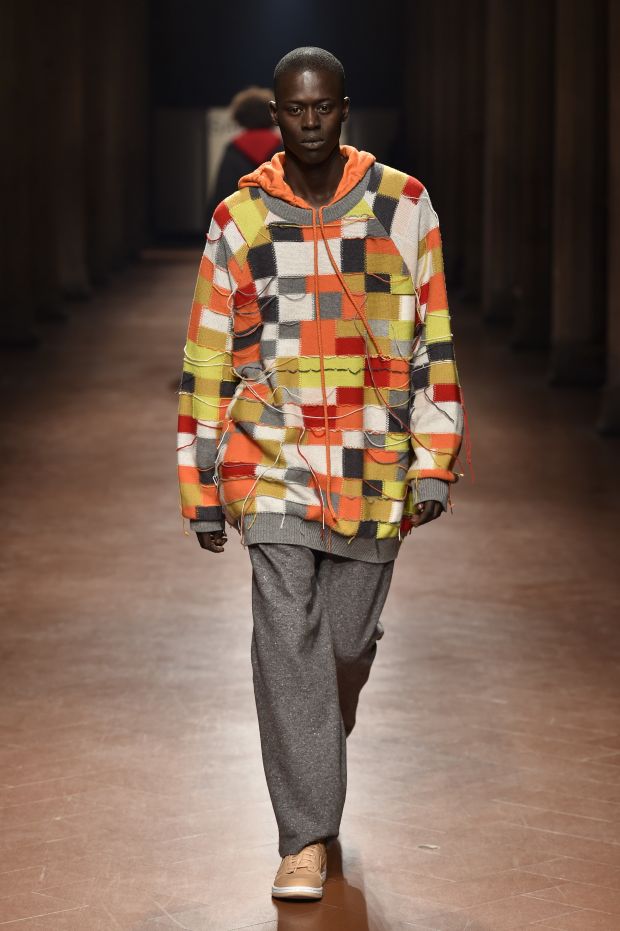 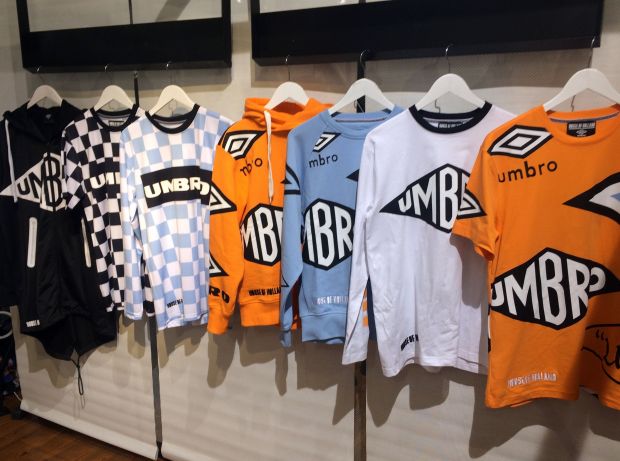 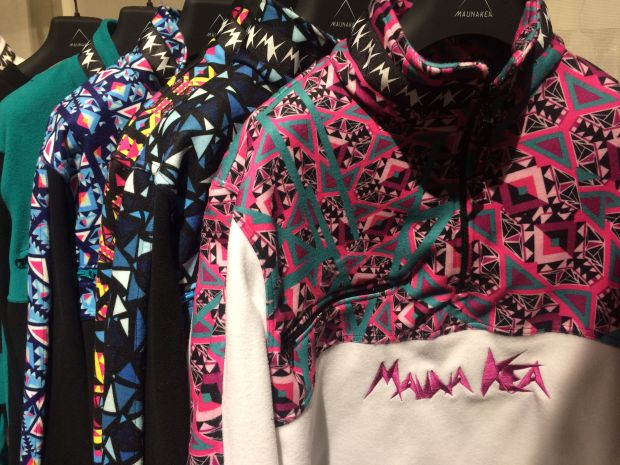 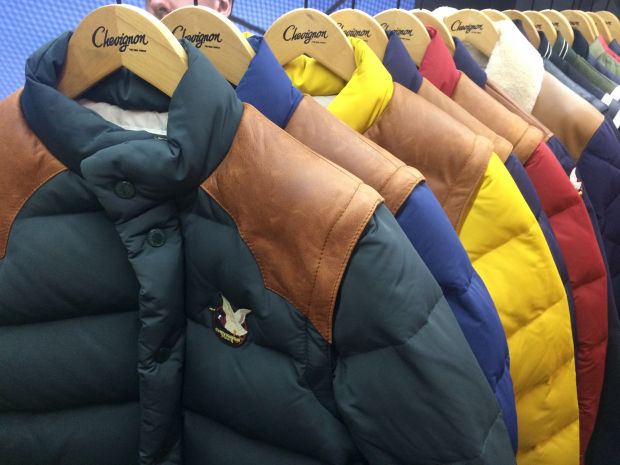 Novelties were also presented on the denim end of things. Roy Roger's launched a new collaboration with Liverano & Liverano, the prestigious Florence tailor. Together they offer a Florence-made jean model out of Japanese selvedge denim, which features inner tailor-style detailing and green stitching, the tailor’s signature color. 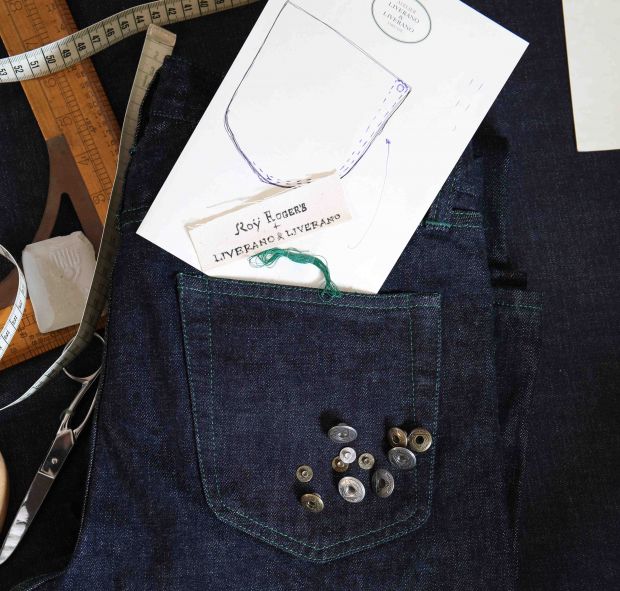 A colorful and psychedelic mood characterizes Wrangler’s new 70th anniversary capsule collection “Retro Glory”. It is inspired by the brand’s historical pieces and logos from the ‘70s, and includes another colorful and imaginative series of items created with pop-artist Peter Max. “We opted for reviving years when Wrangler was most successful but also bringing back the fun, dreamy and optimistic attitude of those years,” commented Rino Castiglione, president international, Wrangler. 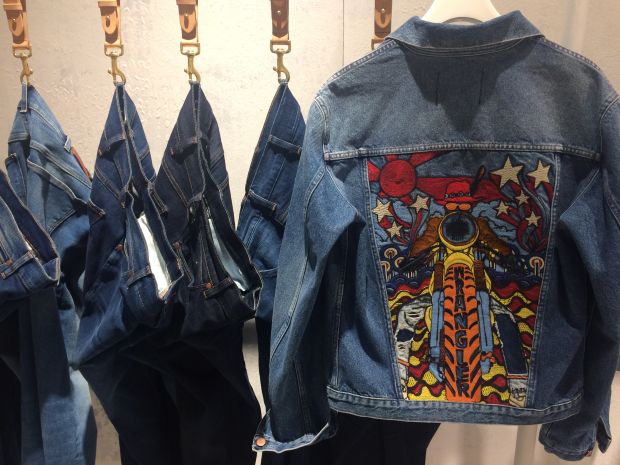 According to Sean Gormley, the creative director of the brand, jeans silhouettes will generally get comfier. “For the next seasons, softer silhouettes, cropped and slightly comfier jeans will be popular. Less stretch and more rigid denims are the new must.”  Also Rifle believes in a return to roomier trousers. Rifle’s Giulio Fratini payed tribute to a bestselling item from the brand’s history – the Antift jeans – with an installation of jeans soaked into ice blocks.

Replay opts for aged jeans for men and supersoft touch jeans for women as well as bombers embellished with patches and exotic prints.

Lee Cooper’s newly launched premium offering, The Cooper Collection firstly presented its “Made in East London” capsule collection at Pitti. It consists of three raw denim jean styles and one denim shirt for men and women and is manufactured by the prestigious Blackhorse Lane Ateliers.

In context of their ‘Royal Attitude’ line, Dutch denim brand Chasin’ showcased jeans made out of recycled navy uniforms from the Royal Netherlands Navy.

And also Swedish Cheap Monday, newly distributed in Italy by Interjeans, showed its sustainable efforts with a series of cotton tops made from recycled cotton. 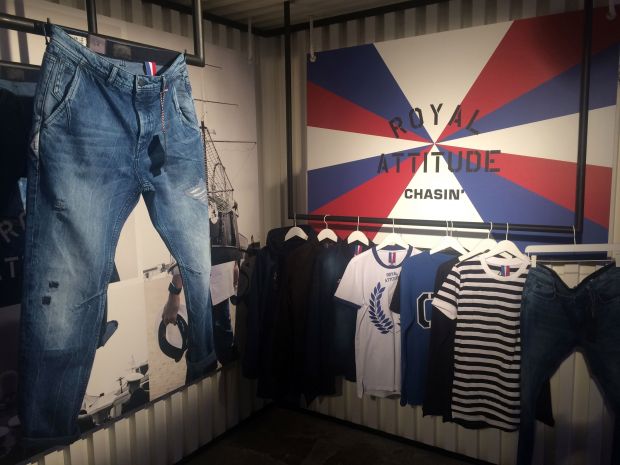 Functionality, top quality materials and cleaner looks are a real must for jackets. Cashmere and wool coats are upgraded by invisible thermic inner linings as seen at Laboratori Italiani. “Wool becomes ever more technological and is employed at all levels of the market,” commented Fabrizio Servente, global advisor, The Woolmark Company. “Wool completed with stretch is becoming the new companion of sport fans and athletes as it guarantees great performance and a cool look thanks to its intrinsic ability to keep its shape.” Cool wool items paired with nylon are a must at Allegri. RH+ also offers essential cool down jackets in functional and clean wool fabrics. 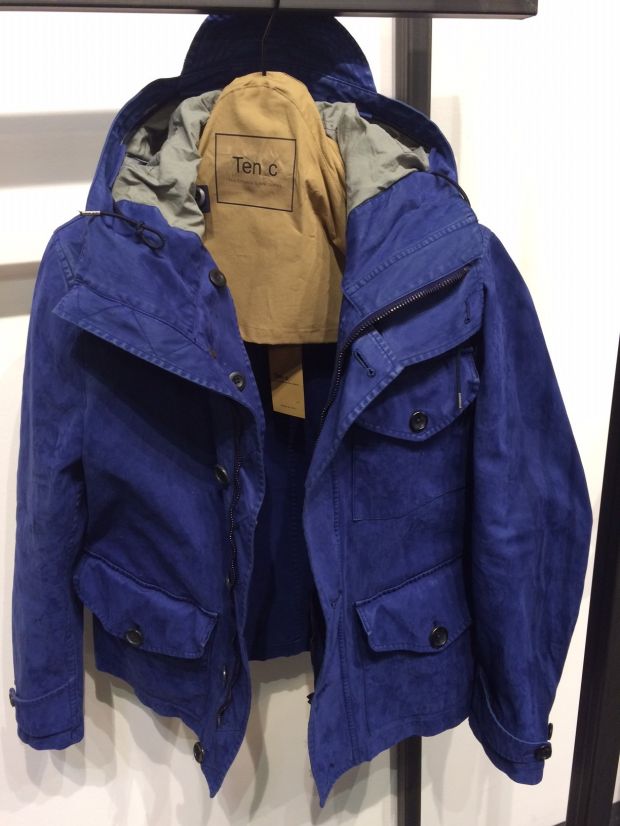 In a different direction, though also highly technical, the Ten C brand presented a selection of quality and high-research jackets made with a special nylon-polyester Komatsu jersey that gets washed at 180° and  then piece-dyed so that it ends up looking like leather, but with a matt ciré hand and optic.

Oof, a newborn jacket line, presented a selection of reversible outer jackets, all puffy and boxy and available in a selection of different colors and lengths, as well as in a denim variant.

Footwear plays an important part in the modern man’s wardrobe. Sneakers are everywhere – from the most technical models to more urban and sophisticated ones with uppers in knitwear, technical wool or padded materials. 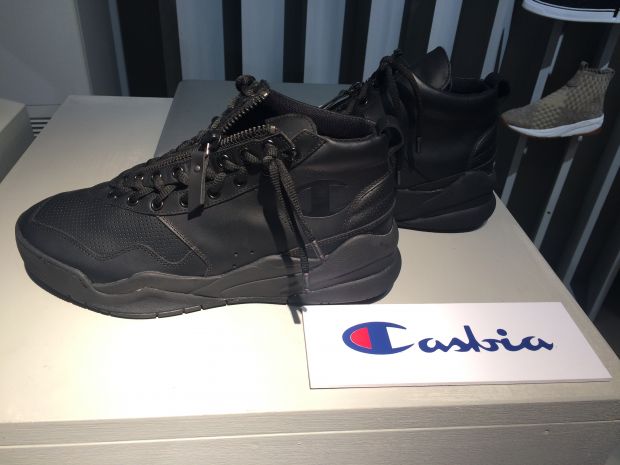 There’s also been a lot of mountain hiking boots, such as the ones by Woolrich who presented the results of their newly signed agreement for the launch of a new footwear project. Gas has also launched its new footwear collection and Blauer even announced the launch of a fragrance business after recently signing a license agreement for the production of bags that adds up to its existing footwear and eyewear lines. 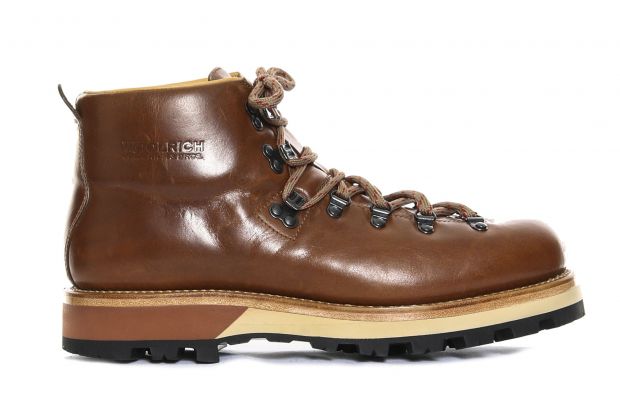 British evergreen Clarks has set a new direction after the arrival of their new chief brand officer Jason Beckley, an expert who has previously worked for Nike, Ralph Lauren and McQueen, among others. He has set a new direction focused on three main models – the Desert Boot, Wallabee and Desert Trek - setting the trend for launching new other iconic models. 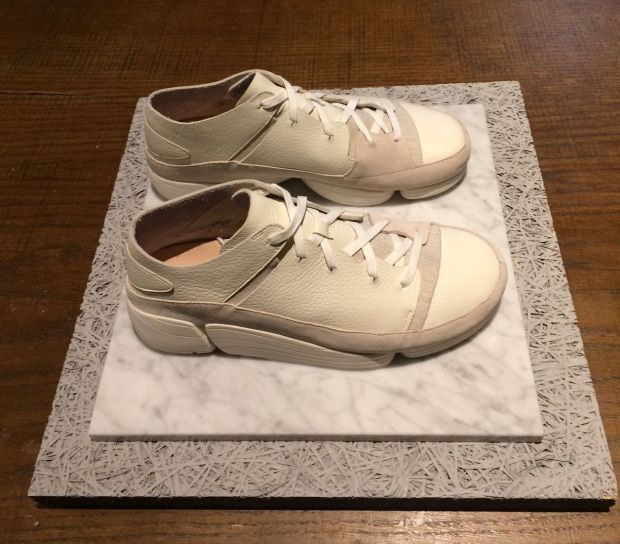 Backpacks are amongst the hottest accessories for men. Mandarina Duck and Invicta redesigned their classic nylon model in luxury leather variants. Other brands opted for more geometric and functional alternatives, such as seen at Pingpong.

Gabs launched a special capsule collection in collaboration with Fiat 500, reproducing details of the renowned Italian car on its bags. 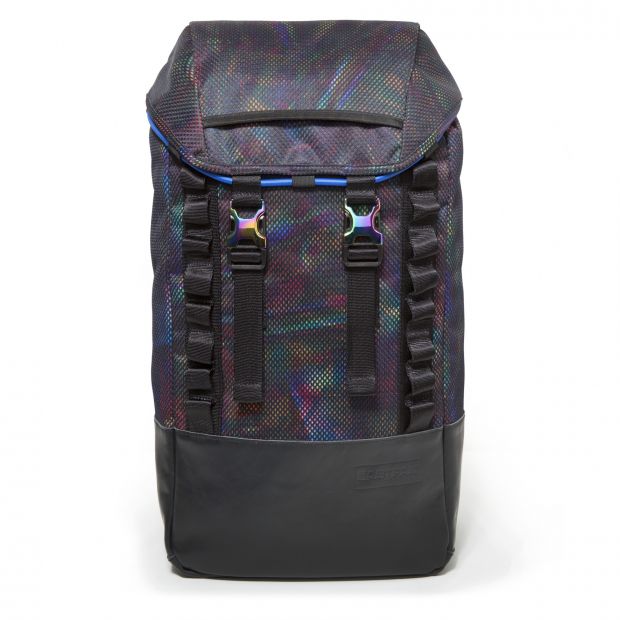