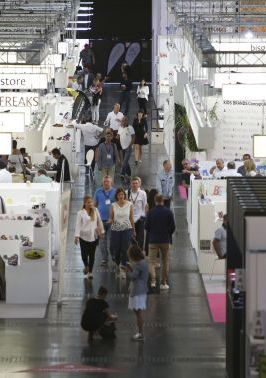 Although GDS and tag it! were newly conceptualized over the past few years, the attendance did not meet the expectations of the organizers. After the February edition of the footwear fair on Messe Düsseldorf’s exhibition grounds, significant changes will be made.

Trade fair organizer Igedo Company will assume the obligation of the fair. The new concept will start by the end of August/beginning of September, 2017 at Areal Böhler.

The former project manager Kirstin Deutelmoser will no longer be responsible for GDS. The new project manager of Igedo for the GDS is Ulrike Kähler. Deutelmoser, however, remains employed at Messe Düsseldorf and will take on other tasks in the future.

Werner Matthias Dornscheidt, chairman of Messe Düsseldorf’s board, explains the decision: “The industry has radically changed over the past few years and the pace has increased once again. The major event GDS has been for over six decades no longer seems to be the right format for the current challenges within the shoe industry. This is why we are now consistently reacting with new responsibilities and a new venue.”

Further details will be announced at the next edition of GDS, which will take place from the 7th till 9th of February.